A huge crowd today was treated to a spectacular display of great skill and audacious driving as the MRF Challenge 2010 roared to a great start. A total of 6 races, interspersed with some great entertainment kept the crowd roaring for more as each race had them spellbound. The Madras Motor Track was abuzz with excitement as two brand ambassadors of MRF Limited made an appearance. Gautam Gambir and Narain Karthikeyan sent the crowds pulses racing as they went around encouraging the drivers before the races began.

Ashwin Sundar established his dominance on the first weekend of the MRF Challenge series with an emphatic back-to-back victory in the showpiece Formula 1600 class, here today. The 20-year old Sundar, on the very ground where he learnt racing, demonstrated his skills and intimate knowledge of the 3.71 Kms long circuit to virtually destroy the field. In fact, he enjoyed the luxury of easing off after taking a commanding lead in both the races. 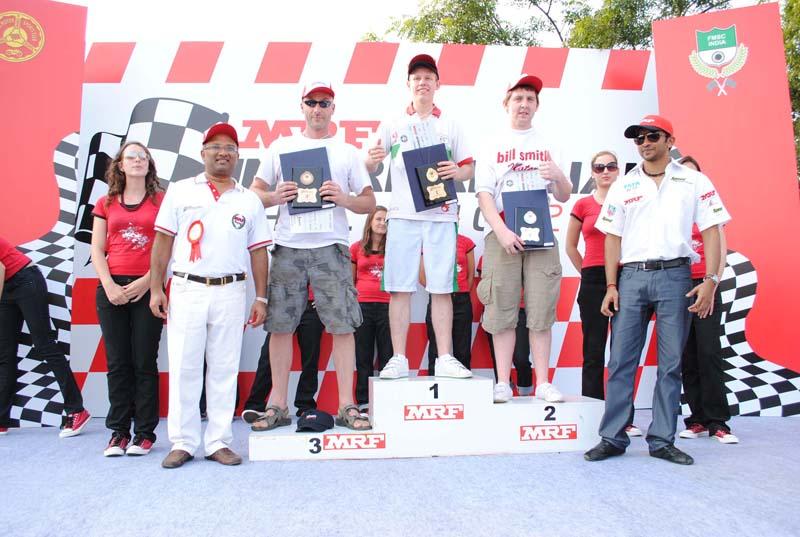 Similarly, David Jones, the Welsh champion, was in a league of his own on the 600 cc Triumph bike, undoubtedly the most powerful machine on the grid while winning both the Superbike races that had some competition in the mid-field rather than up front. Emulating Jones was India’s top rider, Dilip Rogger who tried his best to keep pace with the foreign riders. Nevertheless, he topped in the Indian category in both the races the first of which saw M Gautam surviving a bad crash in the ninth lap.

Meanwhile, Sailesh Boliseti, the 22-year old from Visakhapatnam, completed a double in the cc-to-weight class of the Touring Car category as he took the honours with another command performance today following his comfortable win in the first outing yesterday. The race was red-flagged after four laps when Bhuvaraghavan flipped his car in Turn-1 when he braked suddenly to avoid the spinning car of Madhumithaa Rao. After the re-start, the cars had to complete just one lap and Boliseti won handily as he had done in the first race yesterday. Veteran Sriskandarajah came up with a fine ride to take the honours in the 165cc class (Group D, 4-stroke) as did K Umesh Babu in Group B (2-stroke). 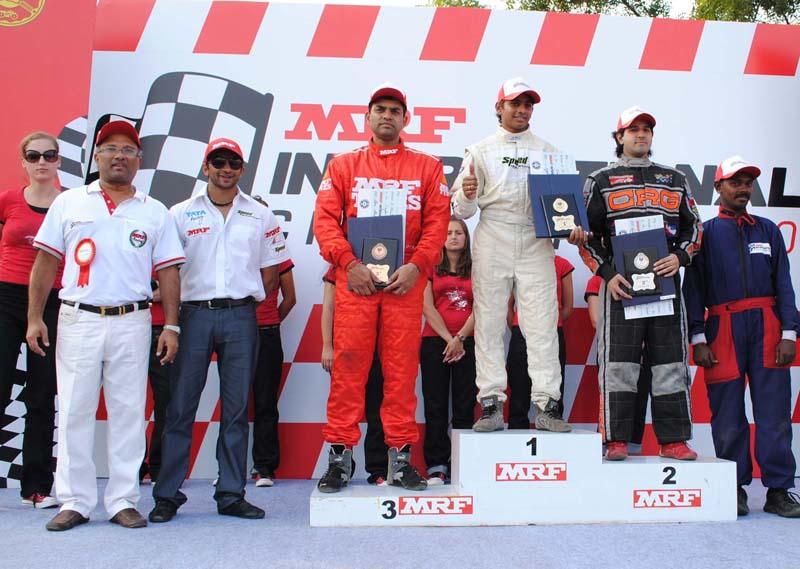 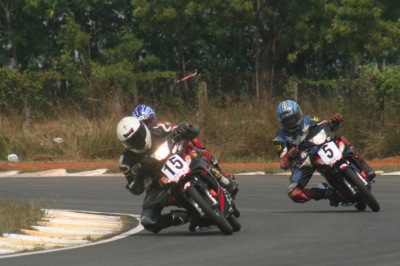 MRF International Challenge 2010 has got off to a spectacular start with the Super Bikes and MRF Formula 1600 cars setting the Madras Motor Race Track on fire in their respective qualification race. David Jones from England took the pole position in the Super Bikes category clocking 1.45.999, with Gavin Michale Hunt coming second with 1.49.544 and Dilip Rogger from Chennai coming in third clocking 1.51.178.

MRF Formula 1600 category Ashwin Sundar of Chennai took the pole position with Arjun Balu of Comibatore and Amer Beg of Hyderabad finishing second and third respectively. ??Today’s first race in the ‘Underbones’ category saw a though fight between Shyam Shankar and Sumit Lucas Toppo for the podium finish. Shyam Shankar edged past his opponent Sumit Lucas Toppo for the first place in the last lap with K. Umesh Babu finishing third. The second race in the ‘Underbones’ category was a three way fight between Shyam Shankar, Fahad Khan and S. Sharath Kumar. Sharath Kumar piped his opponents in the last 100 meters to take the podium with Shyam Shankar and Fahad Khan coming close second and third respectively.??In the Group B 2 Stroke 165CC category it was K. Umesh Babu of Chennai who won the race with S Rajkumar finishing a close second and S Murali coming third. In Group D 4 Stroke category it was Sriskandrajh of Chennai who finished first with Shyam Shankar and Sumit Lucas Topo coming second and third respectively. 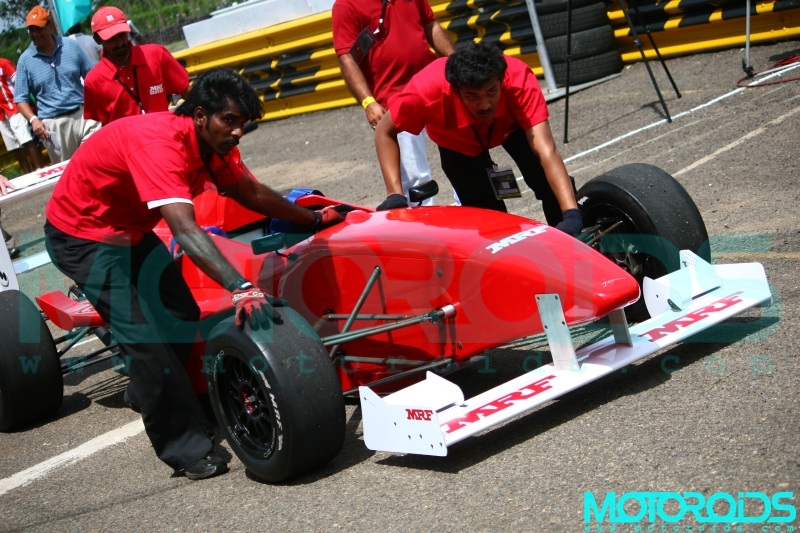 After almost a decade worth of absence on the tarmac circuit, MRF is all set to return this season with the International Challenge 2010. The International Challenge will the biggest initiative ever from MRF and will act as the season opener for Indian motorsports – both for two wheelers as well as four wheelers. The calendar for the three-weekend event is as follows: 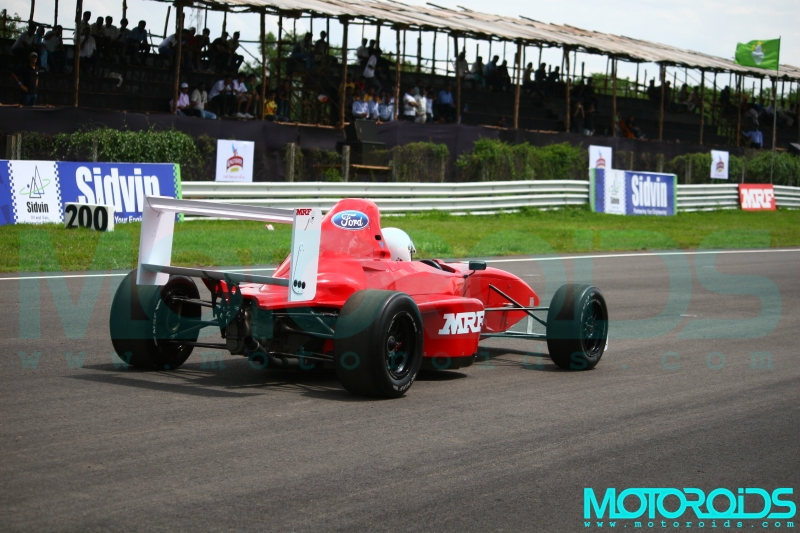 Like we mentioned earlier, the biggest highlight in terms of racing machinery will the Formula 1600 car which made its last public appearance at the ‘Festival of Speed’ last year. The Formula Racing Challenge involving the F1600 vehicle will see handpicked racers from the 15-25 age group who have prior racing experience in either the Formula racing or Saloon categories. These racers were selected in consultation with the organizers – Madras Motor Sports Club (MMSC). Both MRF and MMSC aim towards promoting young Asian talent through these events and giving them further exposure by introducing more-experienced foreign competition to polish our local racers’ racing skills. MRF yesterday released a list of the drivers chosen for the Formula 1600 challenge and they are as follows:

The other two drivers are Arjun Balu (Guest Driver) from Coimbatore and Nischay Jayeshankar from Bangalore.

As we mentioned before, MRF will also introduce international competition at the event as well. Here’s a list of the European racers who will compete with the Indian racers in the 600cc Super Sport Category. 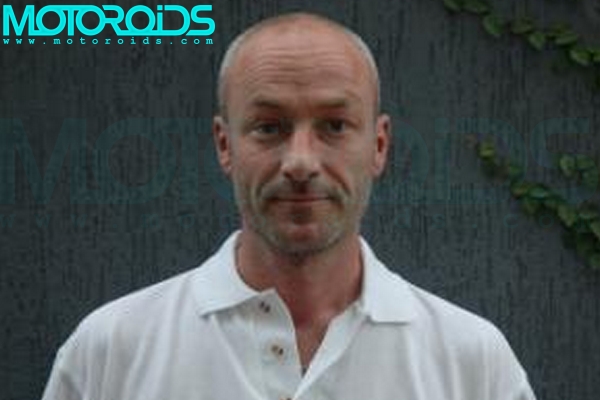 38-year old Jules Croft has a wealth of experience in International Racing. He rides a Yamaha R6 600 and was the 2003 ACU Star 1300cc Champion. From Lincoln, Lincolnshire, England, Jules has been racing for over 9 years and already counts Indian food as his favourite. His notable wins include 4 Club Championship wins. “I am really excited and looking forward to racing at the MRF International Challenge and also really looking forward to visiting and experiencing India as it is a country that I’ve always wanted to visit. I am really grateful to MRF Limited for this opportunity and to Bill Smith Motorcycles in the UK for arranging this visit.” said Jules in Chennai today. 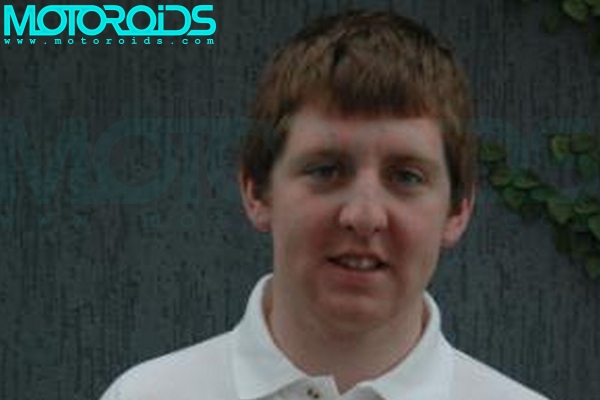 This 23 year old has already rich experience in various Motocross Championships. Between 1994 and 2002, Gavin won the Isle of Man Schoolboy Motocross Championships thrice and his career has gone from strength to strength. From Braddam, Isle of Man, his other notable achievements include winning the Isle of Man Superbike Championships. His talent has many admirers and has built up an envious fan following. For 2010 his aims include being in the top 5 in the 3 races at the MRF International Challenge 2010 and to compete successfully in the British Championship Superstock and Thundersport Championship. He is mentored and supported by ex-World Superbike, ex-British Champion and Moto GP competitor Neil Hodgson. He has had a successful 2009 season and has podium finishes in many races that he participated in. He has tasted successes at various championships including: 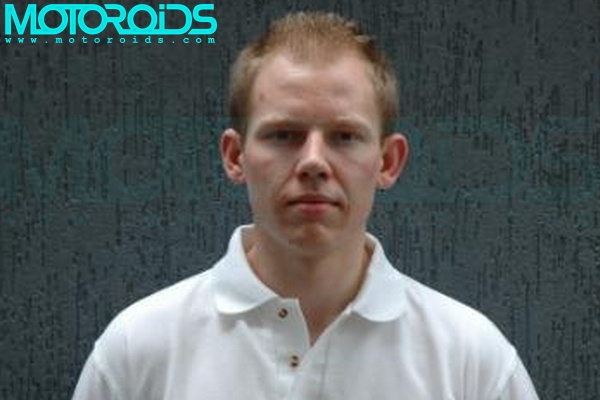 David Jones, who rides a 675 Triumph Daytona, is considered as one of the brightest stars coming up in the UK in the racing. This 20 year old from N. Wales has shown remarkable skill in improving in every race that he has entered in. In 2010, David plans to enter the British Super Sport Cup Championship and is confident of winning it. His confidence stems from the dramatic improvement he has made in every race and his commitment to a strict fitness programme and a quick ability to learn the technical requirements of each track that he competes in. “I am happy to be here and look forward to dominating the races. I am very excited about the prospect of racing in India and hope to give my best.” said David here today. His achievements include: 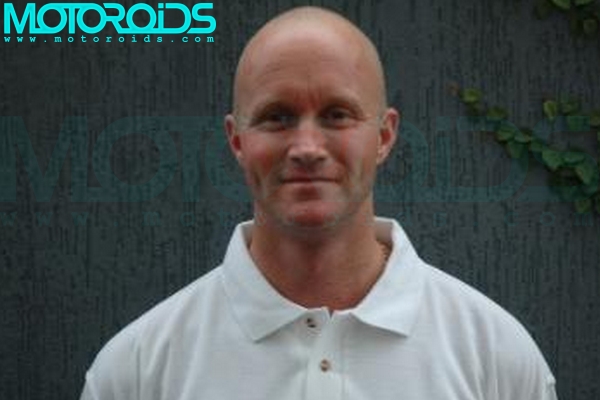 Callum O’Shea comes with immense experience and has notched up many victories over his long career. His aim for the year 2010 includes a dominant and top 5 showing at the MRF International Challenge 2010 and to compete and win in the  British Superstock and Thundersport Championships. Some of his notable wins include: 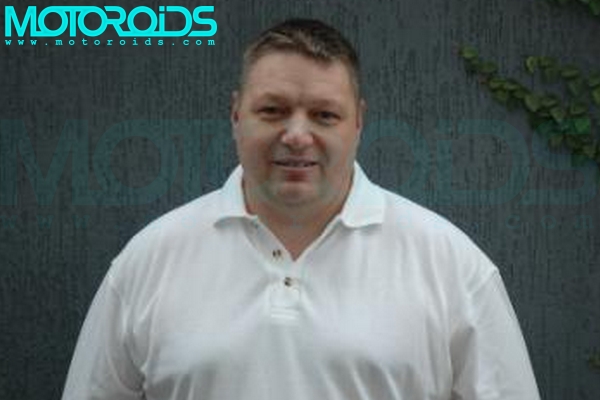 Kevin Cringle rides a Triumph 675 and is from Douglas, the Isle of Man. He began racing in motocross championships from the age of 11 and in 2002 he began road racing. “I am looking forward to racing at the MRF International Challenge 2010 as this will be my first race back after a serious crash  in 2009 which required surgery to my wrist. I would like to thank MRF for this opportunity to race and enjoy the atmosphere of India, also, thanks to Bill Smith Motorcycles for everything.” said Kevin in Chennai today.

Some of his notable victories include