In case you’re out hatchback shopping soon, and rely solely on diesel power, here’s a list of the five most affordable diesel hatchbacks in India. With ever increasing commute times and distances, it makes a lot of sense for those on a shoestring budget to opt for one of these frugal workhorses that sip the dirty, yet cheaper fuel. 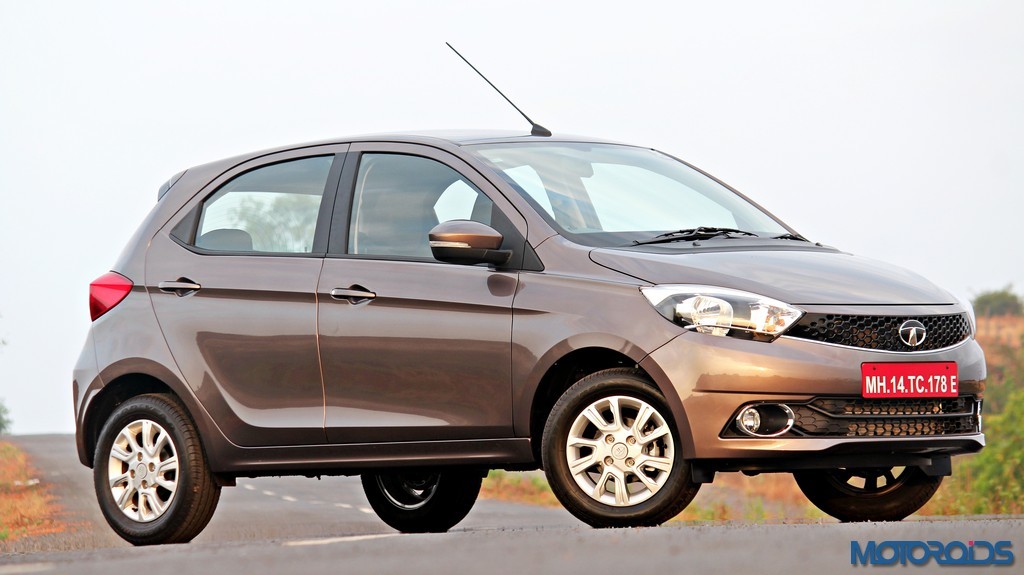 Incredibly priced for what can be called Tata’s best executed product till date, the Tiago with a diesel engine starts at an ex-showroom price (Delhi) of INR 3.95 lakh for the base XB variant. Essential features you’d be missing out on include air-conditioning, power windows, power steering, remote central locking, and the kickass Harman infotainment system. Things look a bit sad on the outside on the XB variant as well, with un-painted bumpers and exposed steel wheels. You do however get dual tone interiors and the central MID on the instrument cluster. Next up is the Revotorq XE, which adds air-conditioning, and retails for an ex-showroom price (Delhi) of INR 4.30 lakh, so the XE is the diesel Tiago variant to opt for if you’re on the tightest of budgets.

Diesel power for the Tata Tiago comes from an all-new, 1.05-litre, 3-cylinder, turbo-charged engine. Developed in house and the very first engine under the newly coined Revotorq family of diesel engines, the three-cylinder motor develops 70 PS of peak power at 4000 rpm and maximum torque of 140 Nm available between 1800-3000 rpm. It is mated to a new 5-speed manual transmission, while fuel efficiency is rated at an incredible, ARAI-certified 27.28 kpl. 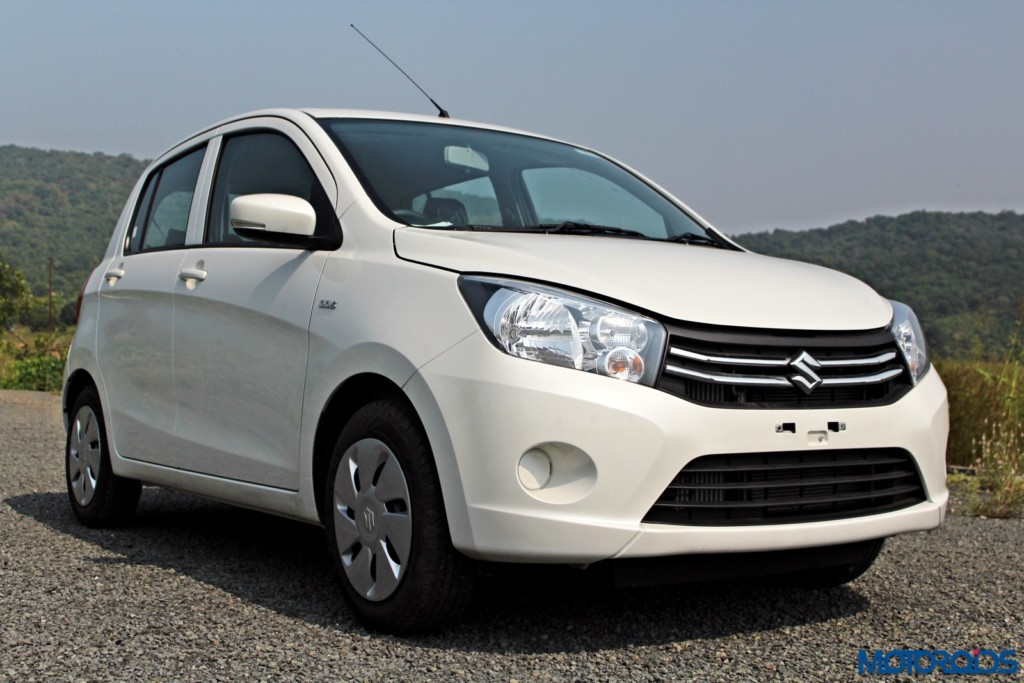 Until the cool Tiago came along, the Maruti Suzuki Celerio LDi was the most affordable diesel hatchback you could buy in the country. At INR 4.82 lakh (ex-showroom Delhi), the Celerio LDi will only spoil you with air-conditioning and body colored bumpers. ABS is a paid option here, and nudges the ex-showroom price to INR 5.02 lakh. Like mist base variants however, you’ll have to live with exposed steel wheels and manually roll up your windows. The VDi, which retails for an ex-showroom price of INR 5.13 lakh, adds power windows (front and rear), central locking and wheel caps, making it a slightly better deal.

The Maruti Suzuki Celerio Diesel is powered by a 793cc, 2-cylinder, all-aluminium engine that is rated for 47.65 PS of power at 3500 rpm and 125 NM of torque at 2000 rpm. Indigenously developed by Maruti themselves, the engine does deliver an ARAI-certified and class-leading 27.62 kmpl, but isn’t the best when it comes to refinement or performance. 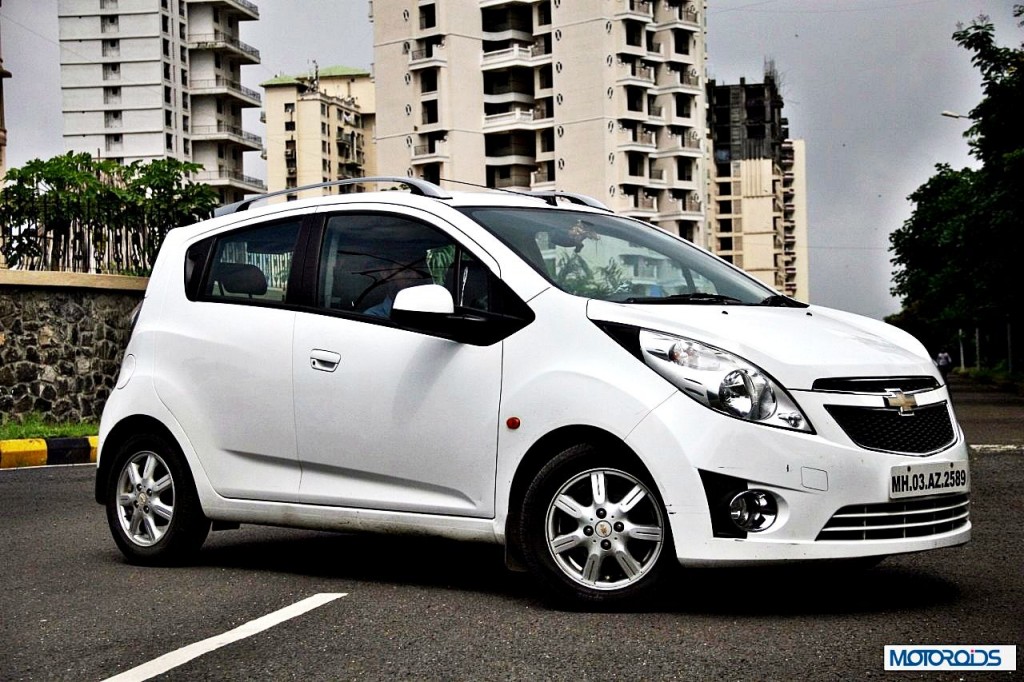 The Chevrolet Beat, with its funky looks, was one of the first hatchbacks to offer a small capacity diesel engine in India. It is still around, and the base LS variant of the diesel powered Beat is priced at a rather steep INR 5.62 lakh (ex-showroom Delhi), especially when compared to its immediate rivals listed above. You do get air-conditioning and front power windows as standard though, along with the contemporary, motorcycle inspired instrument cluster. As for the sharp and flamboyant appearance, its priceless. The LT variant, which comes next, retails for INR 5.93 lakh (ex-showroom, Delhi), and adds rear power windows and central locking.

The Beat Diesel is powered by a 1.0-litre, three-cylinder engine that gives it 57.1 PS of power and 142.5 Nm of torque. The engine promises an ARAI-certified mileage of 25.44 kmpl, still making it one of the most fuel efficient diesel hatchbacks in India. 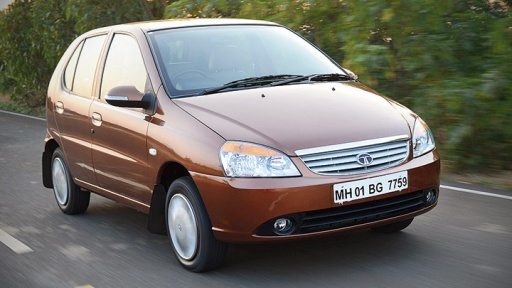 In case you’re wondering, the original Tata Indica is still around, and is now called the eV2. The old-school appearance remains and all you get on the base LS variant is..fabric upholstered seats. At INR 4.89 lakh (ex-showroom Delhi) for the sparsely equipped LS variant, the Indica eV2 is mostly aimed at taxi fleet operators as a no-frills workhorse. So we’d suggest you look at the other entries in this list, even if you’re on a budget.

Power comes from a 1.4-litre CR4 diesel engine, rated at 70 PS at 4000 rpm, while maximum torque outputted is 140 Nm at 1800 RPM. The Indica eV2 also promises an ARAI-certified fuel efficiency figure of 25 kmpl. 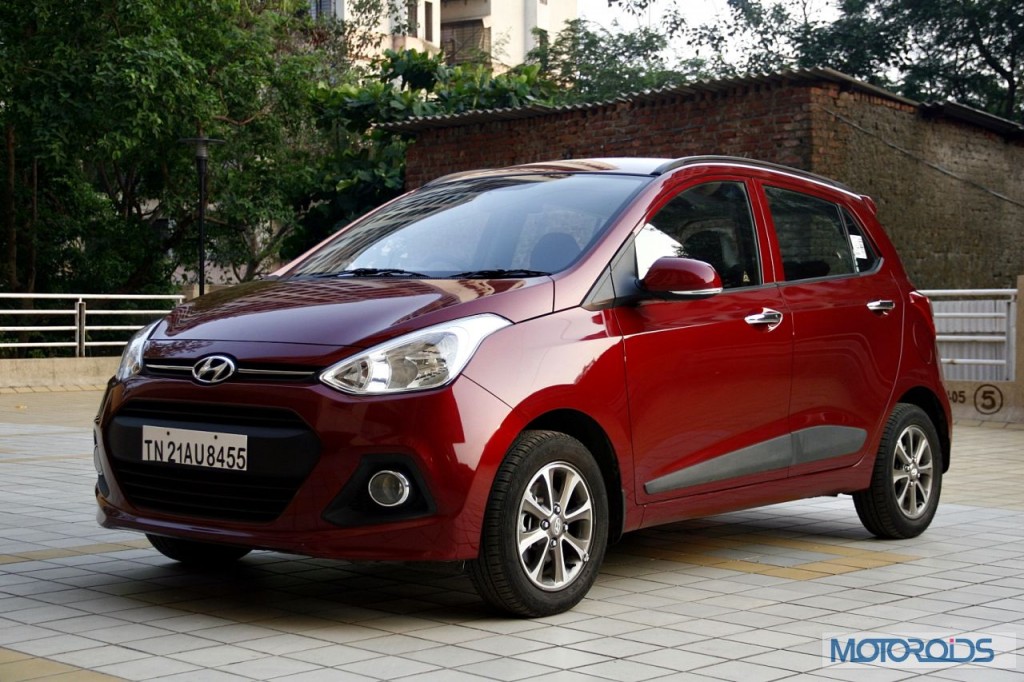 With ex-showroom prices pegged at INR 5.76 lakh (ex-showroom Delhi) for the base Era variant, the Hyundai Grand i10 diesel barely makes it to the list. However, for the money, you get features like air-conditioning, front power windows, and a driver’s airbag.