Home Features How much Japanese is the Premier Rio? 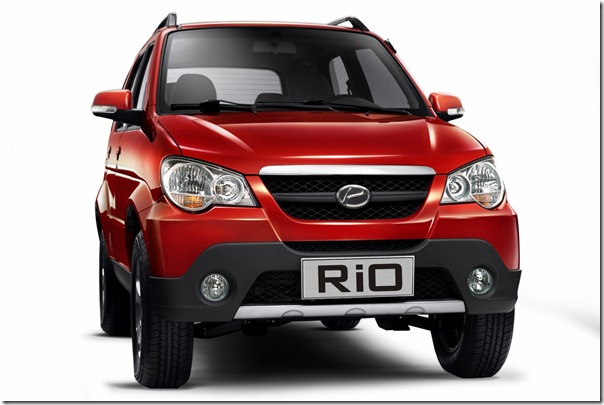 We motoring journos lead a funny life. While many of you might feel that we guys are lucky to regularly have quite a few automobiles at our disposal, only we know how tough it is to not get accustomed to a vehicle and then, not crib much about the other. Case in point being me having to try real hard to pass an unbiased judgement everytime I test a new vehicle. Now, for someone like me, who has grown up driving many generations of Japanese cars, it is easy to write off a car coming from say….Korea. Now, Europeans may have always been a step ahead of Japs, Koreans might be fast catching up and Chinese surely seem to have an affinity with Xerox copies, but it is still pretty easy for me to crown a Japanese car.

Just a few hours back, an informal meet with some friends at a pub saw me telling them about my plans to test the Premier Rio. What ensued were a few smiles with hints of mockery and someone commenting that a Chinese car should suit an amateur car journo quite well. In retaliation, I muttered that the Rio is more of a Japanese car and hence, it should certainly suit me fine. Now, the question that arises is How much Japanese is the Premier Rio?

Back in 2009, Premier began sourcing CKD kits of a compact SUV from China through a tie up with Zoyte group. Here, the Zoyte 2008 became the Premier RiO and the car assembly takes place at the former Fiat partner’s Pune plant. At the heart of the Chinese car can be seen a 1498cc turbo diesel engine based on Peugeot technology. This year, the car also got a 1.2 litre petrol engine and the recent news is that the Fiat’s popular Multijet motor will soon be seen powering this car.

A car being sourced from China by an Indian manufacturer and being powered by European powerplants. A case of confused nationality? We are just getting started.

You, along with many, may wonder what does Japan has to do with all of this talk? As we mentioned, Rio is being sourced from Zoyte, a Zhejiang based Chinese auto manufacturer. Now, Chinese auto makers are known to get too ‘inspired’ by cars from rest of the world. Almost everyone must have heard of a certain manufacturer that pilfers like its nobody’s business and whose name talks of being wet. Quite similar seems to be the case with Premier Rio aka Zoyte 2008 aka Daihatsu Terios aka Toyota Cami. (phew!) The Zoyte 2008 is allegedly a blatant copy of the first gen Daihatsu Terios. However, it is hard to say how accurate these allegations are as the presses for the body panels and associated parts were purchased from Daihatsu Motor Co. Ltd. itself.

The Indian version of this car recently received a dosage of botox to look more upmarket. By now, I am in my driving shoes and ready to go figure the real character of this confusing car. Will the Jap car lover in me find traces of an old school Daihatsu in an Indian car? Watch out this space for a complete review by us guys.