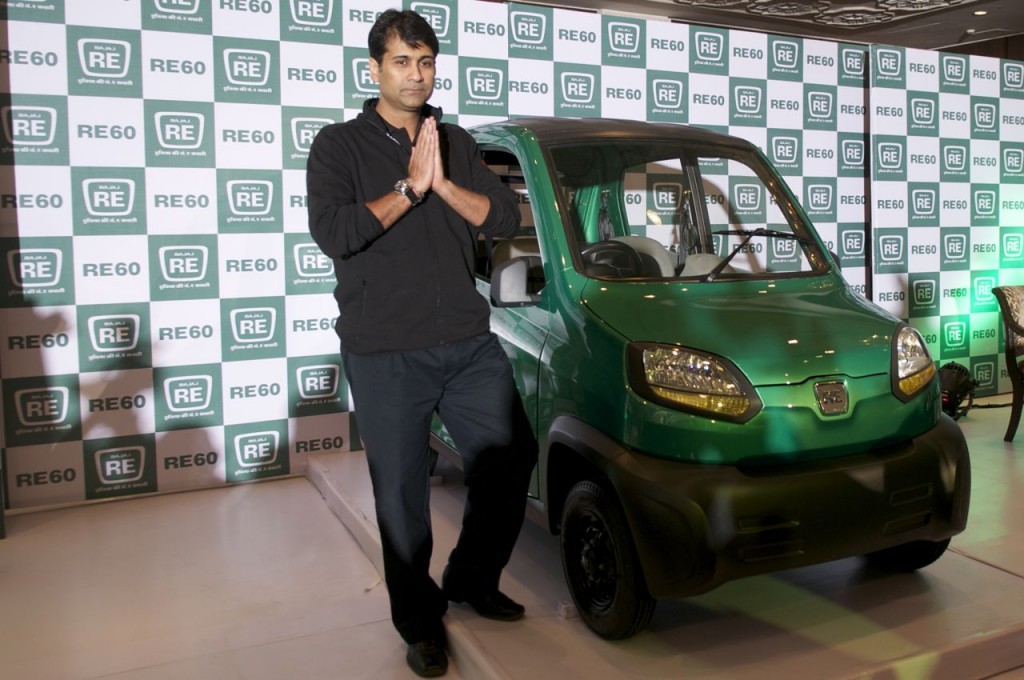 Bajaj Qute, the tiny little 4 seater quadricyle that started its life as the RE60 has been mired in controversy for some time now. Whether it’s a result of genuine activism driven by some groups’ concern for the safety of the vehicle’s occupants, or actions fuelled by rival companies is still a question that needs to be answered. What we know, however, is that the road for the RE60 has been a real bumpy one thus far, and by the look of it, it’s not smooth sailing ahead. Bajaj has faced several public interest litigations in various high courts including Delhi, Agra, Andhra Pradesh, Tamil Nadu, Gujarat and Karnataka against the launch of its low cost vehicle, and until there’s a clear word by the judiciary on whether the RE60 can or cannot be launched in India, the model’s future hangs in the balance.

In addition to the PILs pertaining to the safety of the quadricycle, some other litigations point at the RE60’s potential to affect the livelihood of auto rickshaw drivers. Rival automakers such as Tata Motors, Maruti and TVS Motor Co have also opposed the launch of the RE60 / Qute in the past. 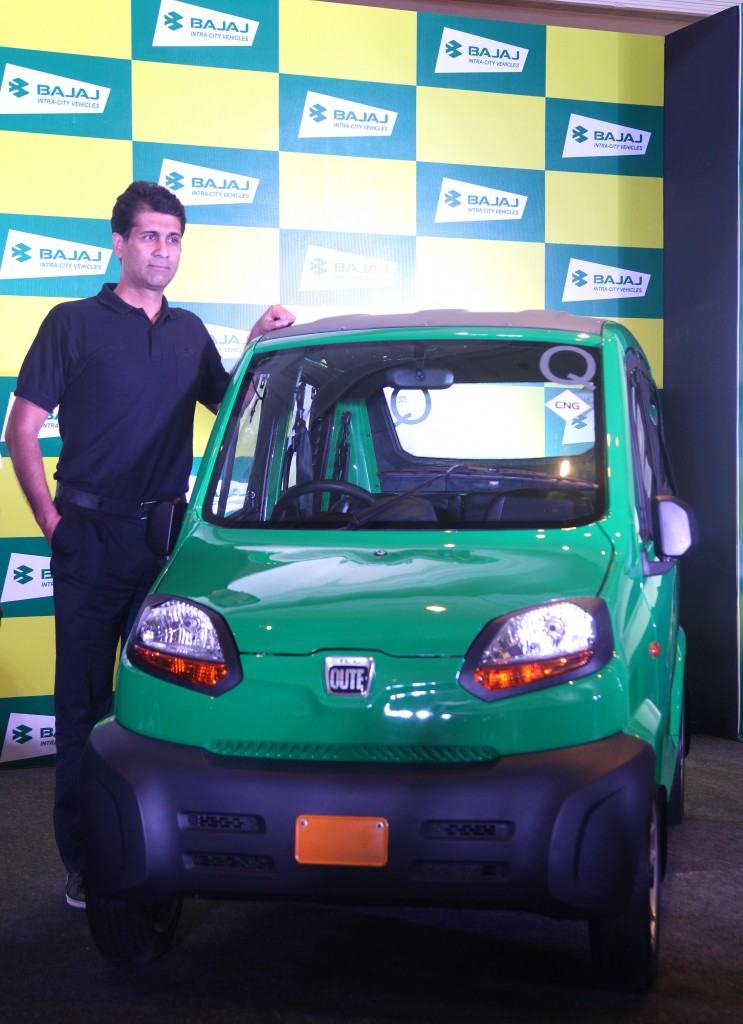 Amidst all this, seems like the man at helm at Bajaj Auto has decided to stop being a mere spectator and has responded to various consumer authorities/forums through an official press statement.  Provided below is the letter written to Mr Bajaj by a group of activists who are working actively together on vehicle and road safety concerns in India. This is followed by Rajiv Bajaj’s reply to the letter.

Re: misleading claims about the safety of the RE60 Qute

We, the undersigned, represent consumer organisations who are working actively together on vehicle and road safety concerns in India. We are also members of Consumers International, the international federation of consumer organisations, which advocates for vehicle safety globally. We are writing to express our concern about the safety of this RE60 Qute, in light of the recent crash tests conducted by the European New Car Assessment Programme (Euro NCAP) which have resulted in the vehicle receiving a one (out of five) star safety rating. We are also concerned about certain public statements that Bajaj Auto Ltd has made regarding the safety of the Qute, many of which are misleading to consumers. ,Euro NCAP’s’verdict on the Qute clear and unequivocal; this vehicle is not safe. The organisation thas found there to be “major shortcomings in safety” in all the quadricycles they have tested, and that “the standard of protection offered to the driver is still generally very low, leading to serious risks in collisions with other vehicles or obstacles.”

This clearly contradicts certain claims that Bajaj Auto Ltd has made in the public sphere regarding the level of occupant safety offered by the Qute. For example, in an advertorial attributed to Bajaj Auto Ltd, it is claimed that the Qute is “perhaps the safest…4-wheeler anywhere in the world”‘. Furthermore, the ‘Free the Qute’ website states that the “Qute is truly the safest vehicle for everybody on city roads”. The website goes on to make a number of further claims regarding the levels of safety provided both to occupants and to pedestrians. For example, it is stated that the Qute has been “rigorously tested…for structural durabilitrli’. However, Euro NCAP judge the structure of the Qute to be “unstable”, as well as observing that “many spot welds had released and deformation of the structure indicated that it could not have withstood a higher degree of loading.” Euro NCAP also found there to be a “high probability of serious or fatal injury in a human” in both frontal and side collisions.

A major concern about the quadricyle vehicle category in general is that consumers will assume that these vehicles provide the same level of safety as small cars. Many quadricycles appear very similar in appearance to vehicles that fall into heavier categories, and which therefore must comply with more stringent safety standards. Indeed, as Euro NCAP point out: “these vehicles look like small city cars and are likely to compete for sales.”Iv. In an article attributed to you in 2013, you personally admit that it is “absolutely correct” that the RE60 is “not as safe as a car in some respects”v. Yet, although in Bajaj Auto Ltd’s promotional activity has been clear in positioning the Qute within its a separate category, it is plain to any observer that the vehicle very closely resembles a small car.

According to the most recent WHO Global Status Report on Rbad—-SafetY, more than 200,000 people are estimated to die on our roads every year. Unsafe vehicles are a major contributor to this tragic situation, causing of thousands of preventable deaths and injuries. In recognition of the urgency of this challenge, the Government of India has taken steps to improve the safety of new cars and to raise consumer awareness. New car safety standards will be introduced in 2017 and will require all new cars in India to offer enhanced protection to passengers and pedestrians in line with global vehicle safety regulations as set by the World Forum for Harmonization of Vehicle Regulations (WP.29). In addition, the Government of India is in the process of establishing the Bharat New Vehicle Safety Assessment Programme (BNVAP), the first Indian NCAP. As a consumer information programme, BNVSAP will be widely disseminating independent safety ratings of new car models sold in India and in doing so raising the awareness of the importance of vehicle safety among consumers. We welcome these advancements, which will help to save lives. However, as it currently stands, these new initiatives will not apply to quadricycles.

Given that the profile of car safety is likely to be elevated in the minds of the general public, and the aforementioned similarities in appearance between quadricycles and cars, we are very concerned about the risk that consumers will be misled into purchasing the Qute as an alternative to a small car on the assumption that it is also subject to the same safety improvements.

Bajaj Auto Ltd has also publicly highlighted be that the Qute complies with applicable safety standards in lndia, as well as European vehicle safety legislation. As you know, the new lndian safety standards for quadricycles have been challenged in a number of public interest petitions on the basis that they will not establish a sufficient level of safety, and these cases are currently being considered by the Supreme Court. The relevant European legislation has also been the subject of criticism, and in 2014 Euro NCAP highlighted the fact that although all the quadricycle models tested that year complied with mandatory standards, ”quadricycles in general offer a significantly lower level of occupant protection than is offered by cars”. We are therefore of the view that, although the Qute is compliant with minimum regulatory requirements, this is not enough to justify its portrayal as “the safest vehicle for everybody”. Indeed, Euro NCAP believed stronger standards are need in Europe, and has called on “regulators to take consumer safety seriously and on manufacturers to invest in safety and to offer customers vehicles which are fit for modern traffic conditions”.

Consumers have the right to fair and accurate information in order to be able to make informed choices, and must not be misled. In our view, Euro NCAP’s assessment of the level of occupant safety provided by this vehicle clearly indicates that the statements attributed to Bajaj Auto Ltd and referred to in this letter regarding the safety of the Qute are misleading. We, the under-signed, therefore urge you to remove all misleading statements from websites operated by Bajaj Auto Ltd, and to cease making any further public claims that would mislead audiences into believing the Qute is a safe vehicle.

Furthermore, we urge you not to bring the Qute to market until such time that necessary adjustments have been made to its design to ensure it provides an adequate level of safety for occupants and pedestrians. In order to verify these safety improvements, the Qute must be re-submitted for crash-testing either by Euro NCAP or another reputable organisation that applies comparable testing protocols.

Here’s the reply of Mr Bajaj to the letter above

Thank you for yours of 8th April. I welcome your views with an open and objective mind, and I trust that you will reciprocate likewise. You have made 3 broad points. One, that Qute has been awarded a 1 star rating in the Euro NCAP report. I agree.

May I point out that the same report also puts Qute on par or ahead of almost all quadricycles currently approved for European sales?

Trust you agree. Two, that Qute could be mistaken for a small car. Respectfully, I disagree.

I would thus like to believe that given these sharp and significant contrasts the people of this country are wise enough to tell the difference between a Qute and a typical small car.

Third, that road safety is of great concern in India.

I am less concerned though about the safety of the minority that are secure inside their fast cars, shielded by their airbags, strapped in in their seat belts.

I am far more concerned about those who cannot afford these cars, and who while walking, cycling, riding, or availing of a 3 wheeler are mauled by such so called safe cars.

These victims of road transport deserve a safer urban transport solution that they can also afford.

We are providing exactly that through the Qute.

I am confident that logic will prevail and that one day Qute will be approved for India.

That day when you bid goodbye to a loved one who is leaving in a Qute instead of on a scooter or in a 3 wheeler, I trust that you will think of us with gratitude.

What’s your opinion? Should, or should not the Qute be allowed on Indian roads? It would be nice if you could back your opinion with some solid reasons too. Keep your thoughts coming!