The Nissan Kicks just got launched in Mexico for 283,900 pesos (INR 10,04,566.86), after being revealed and launched in Brazil earlier this year (April-May 2016). Based on the Nissan V platform, it was first previewed by the Kicks concept shown at the Sao Paulo Motor Show in 2014. Manufactured in Mexico, and restricted to the Latin American market for now, the Kicks is headed to India next year. In case you’re contemplating to pick up the Terrano soon, hold on to your horses and get acquainted to the Kicks first. 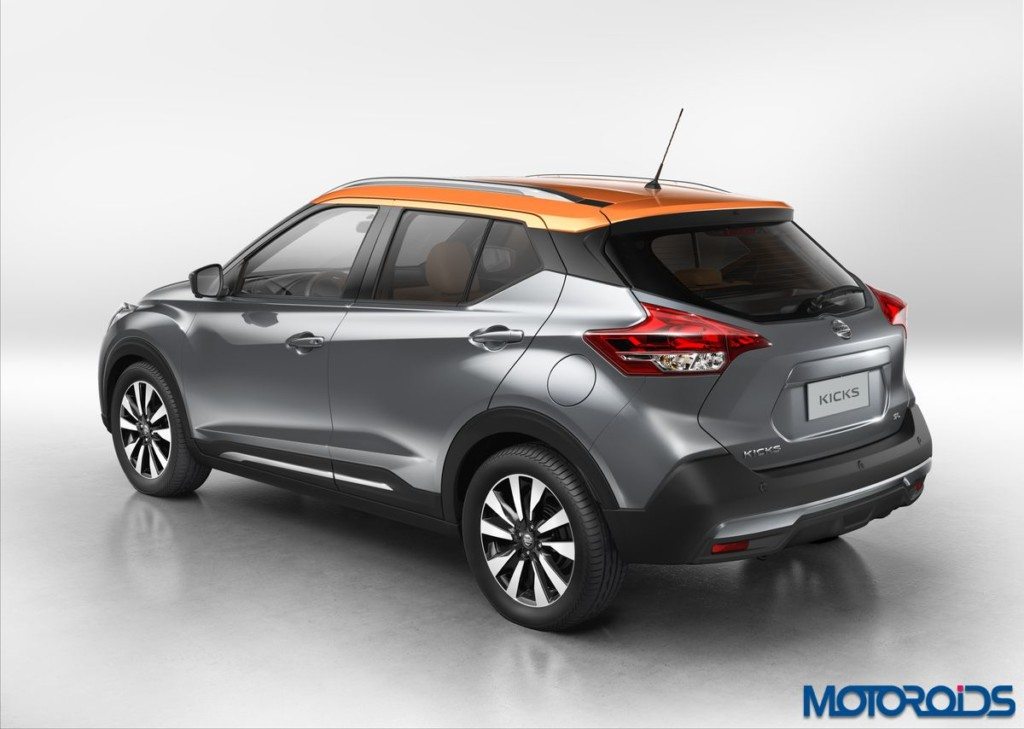 While the Terrano is a Duster spin-off and looks like one, the Kicks’s all-new, contemporary appearance is ready to kick some rival bottom. The Kicks has been designed in Japan at Nissan’s Global Design Center, with inputs from the brand’s design teams in San Diego and Rio de Janeiro. Up front, Nissan’s signature, chunky V grille dominates the fascia, and is accompanied by a pair of crisply styled headlights that integrate seamlessly with the flared fenders. The compact SUV also sports a cool, floating roof and boomerang-shaped tail lamps at the back. Size wise, the Kicks slots in between the Juke and the Qashqai, while compared to the Terrano, the Kicks has a more compact footprint. 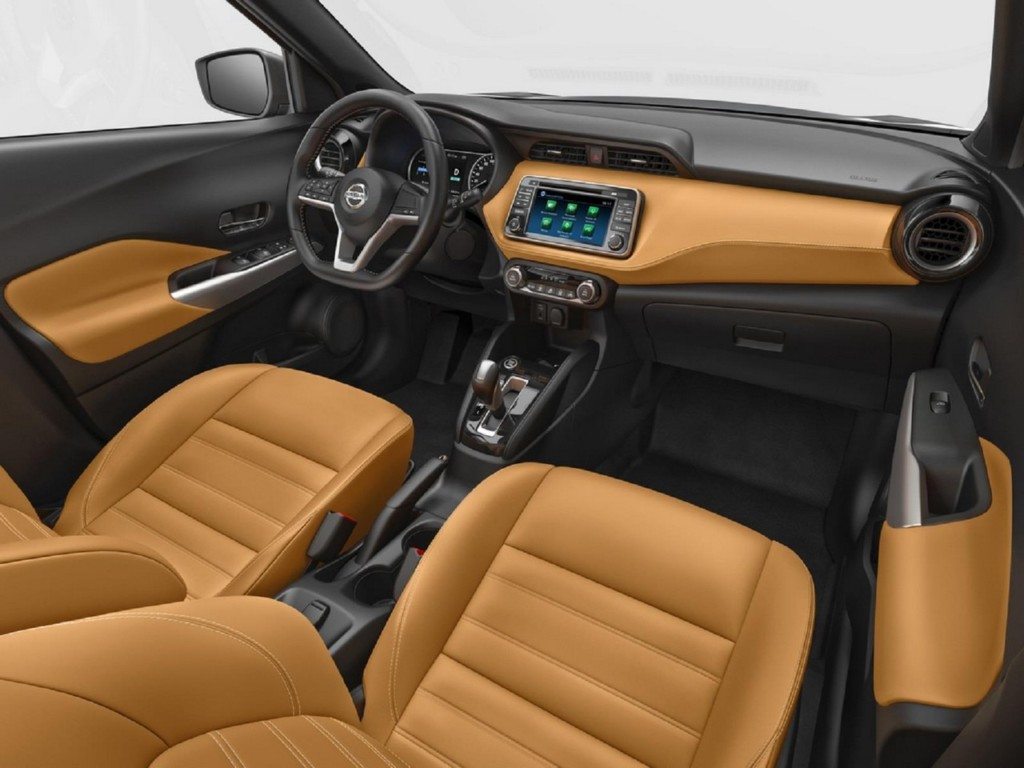 Unlike the Terrano’s cabin, which is merely a glorified version of the Duster’s, the Kicks gets an all-new cabin. The dashboard looks more present-day than the Terrano’s, with its full length trim insert, piano black finished surrounds for the outermost HVAC vents, a flat bottomed steering wheel and a 7-inch touchscreen for the infotainment system bang in the middle. Higher variants even get a fully digital instrument cluster with a large, seven-inch TFT display. The seats are upholstered in leather, while the second row seats can be had with a 60:40 split. The Kicks’s 432 litre boot, however, is a tad less accommodating than the Terrano’s, which is rated at 475 litres. All in all, compared to the Terrano, the Kicks’s interiors will be a superior place to be in. 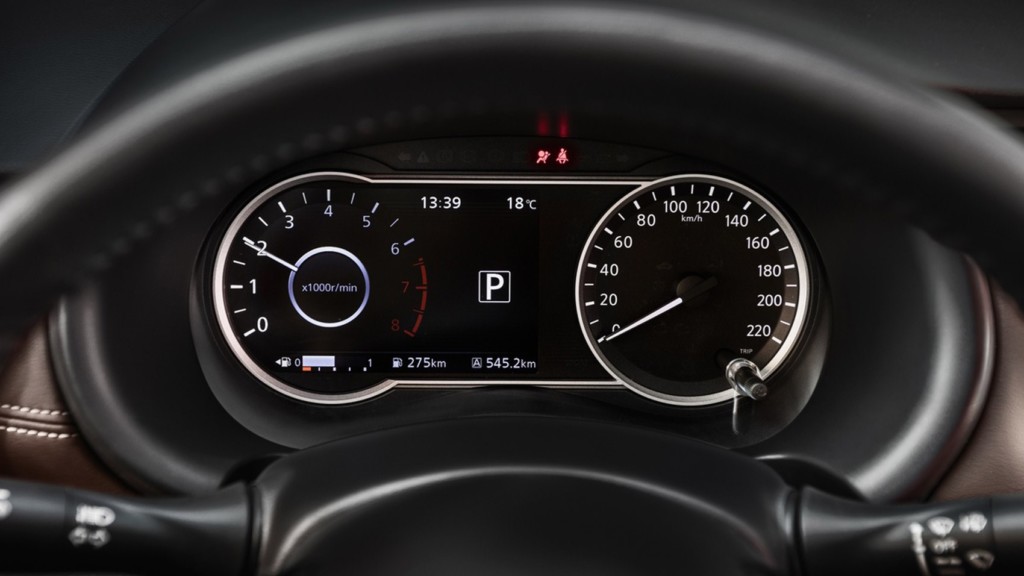 The Latin American Kicks comes loaded with a host of features, but it remains to be seem how many of those trickle down to the India-spec Kicks. In Brazil and Mexico, the Kicks can be had in three grades: Sense, Advance and Exclusive. The Sense grade is equipped with features like 4-speaker sound system, front airbags, ABS with EBD (Electronic Brake Force Distribution) and BA (Brake Assist), while the Advance grade adds LED signature lamps, fog-lamps, automatic headlights and parking sensors. The Advance grade will spoil you with automatic climate control, leather seats, a more premium sound system, and the aforementioned seven-inch TFT display for the instrument cluster, along with the 7-inch touchscreen equipped infotainment system with navigation and NissanConnect. The Advance grade also get driving aids like Vehicle Dynamic Control (VDC), Integrated Dynamic-control Module (IDM), Active Trace Control (ATC), Autonomous Emergency Braking (AEB) and Around View Monitor (AVM). 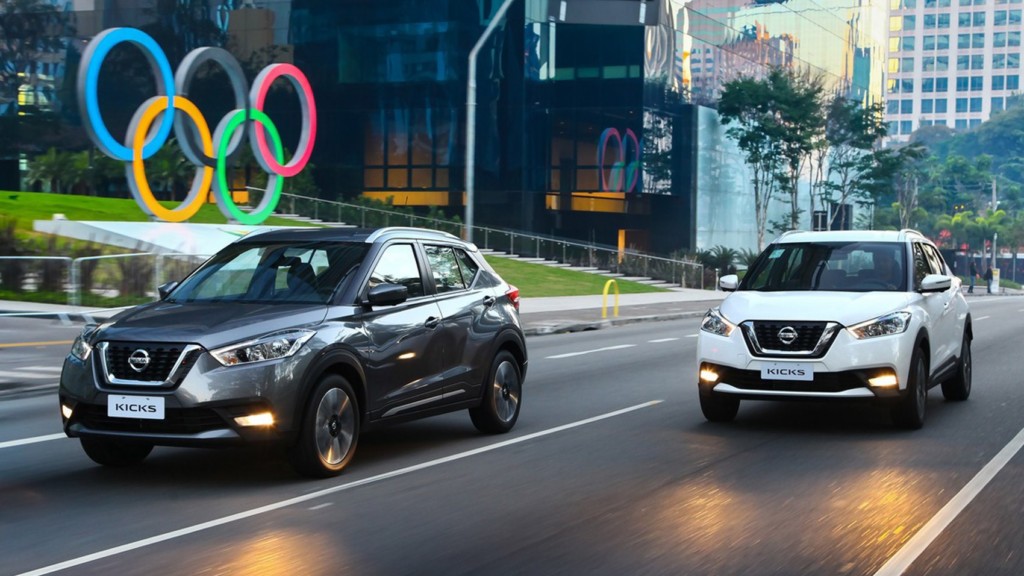 In Latin American markets, the Nissan Kicks is powered by a 1.6-liter petrol engine that produces 118 hp at 6,300 rpm and 149.14 Nm of torque. This naturally aspirated four-cylinder engine, also found in the Nissan Juke, can be had with a 5-speed manual transmission or Nissan’s XTRONIC continuously variable transmission. There is no diesel engine on offer for the Kicks yet. It still remains to be seen if this petrol engine makes its way to the India bound Kicks or not. However, for India, the possibility of 1.5-litre 108.5 hp K9K diesel engine from the Terrano/Duster being shoehorned into the Kicks’s engine bay seems high. When it arrives in India next year (2017), the Nissan Kicks will be considerably altered to suit Indian tastes. We even hear that the India-spec Kicks (codename: Nissan Nissan PB1D) could be underpinned by a different platform altogether – the Renault-Nissan Alliance’s CMF-B.