Home Concept Cars EXCLUSIVE: We Take You Around The New Tata Tamo C-Cube, And Even Get A Peek Inside 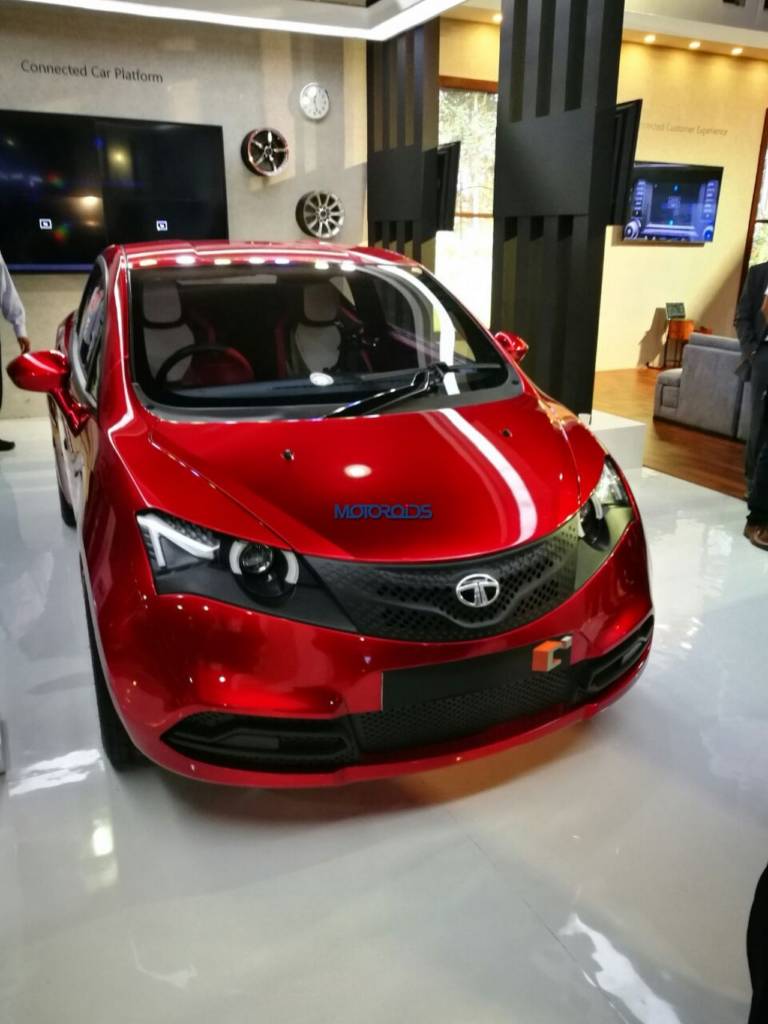 While specific details surrounding the concept are scarce, the C-Cube showcases Tata Motors’ new “advanced structural technology concept” – more on that later, but first, here’s an exclusive look at the C-Cube, including its elusive interiors. 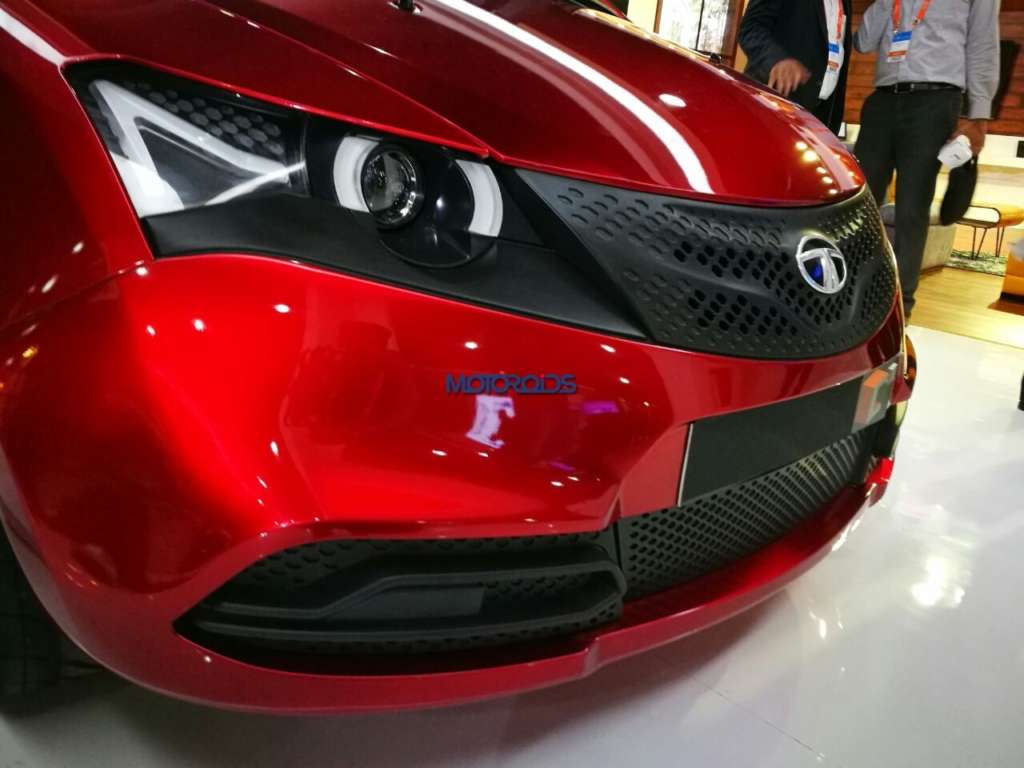 The fascia gets a new iteration of the signature Tata smiley grille, projector headlamps with segmented LED DRL strips and a curvaceous bumper; all festooned with some king of honeycomb patterning. 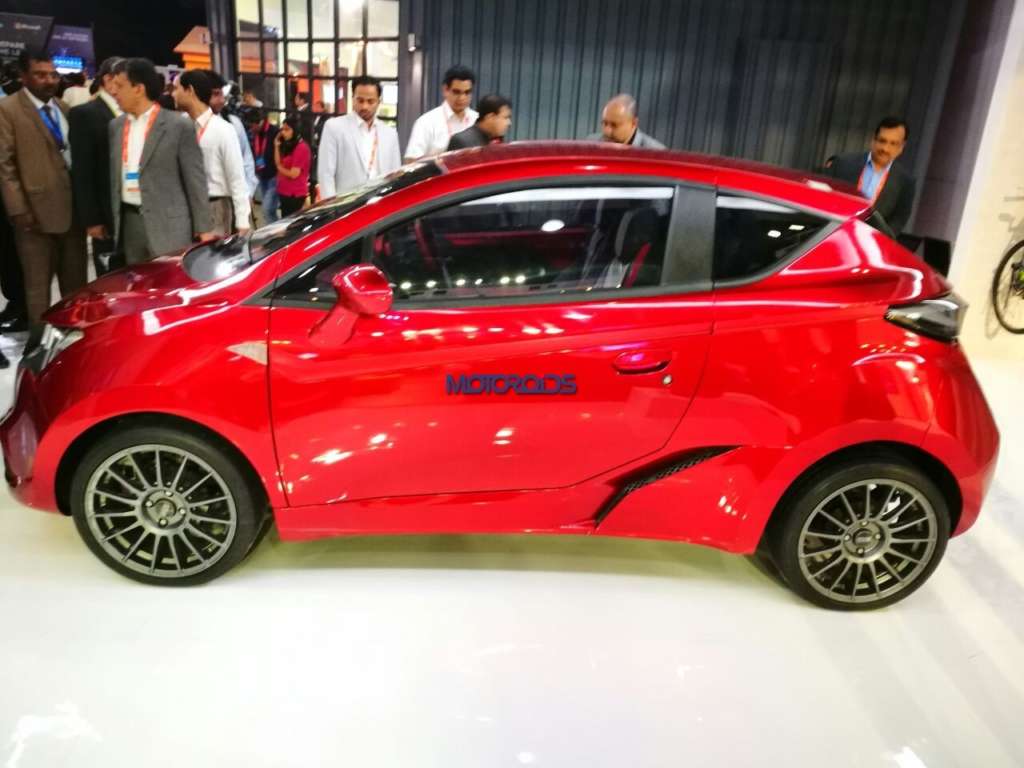 The curves continue to the sides as well, with a prominent, rising shoulder line, muscular haunches and massive fender flares. 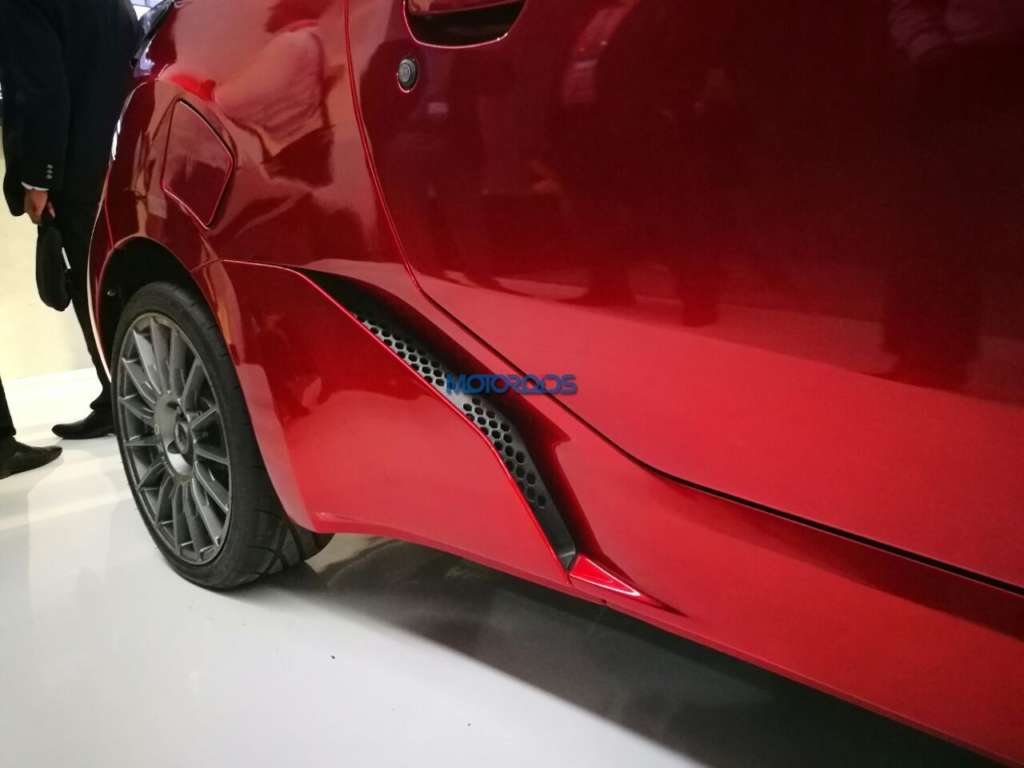 The rear fenders also get these cooling slits with more honeycomb to cool we-don’t-know-what. 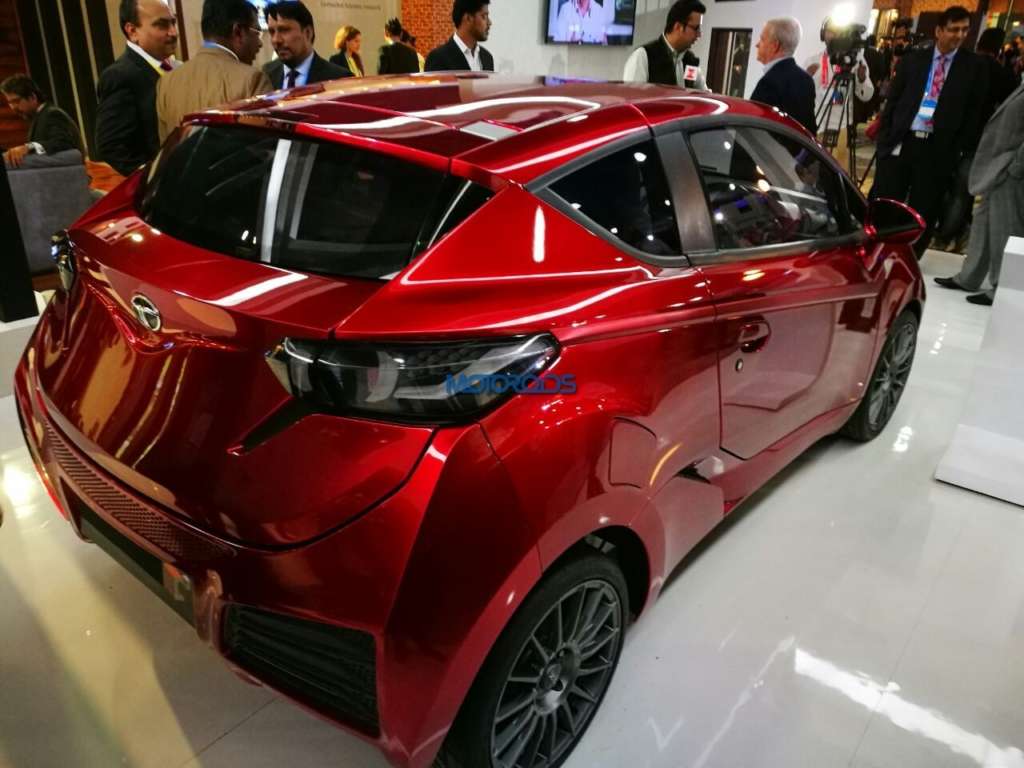 The swooping glasshouse and the rising shoulder line culminate into a tiny rear window with a ‘kicked in’ appearance. 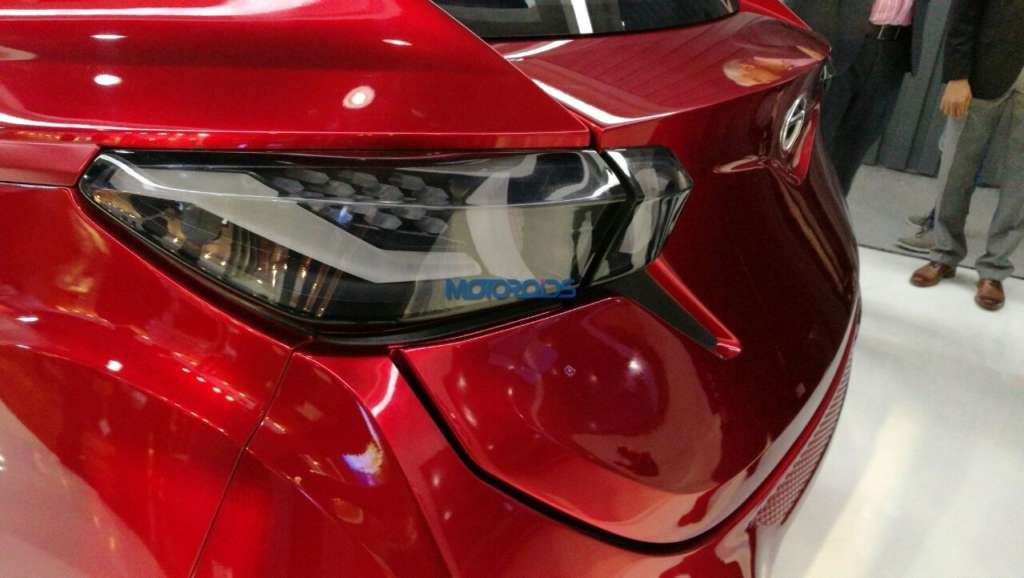 The honeycomb pattern finds its way inside the LED tail lamps as well.. 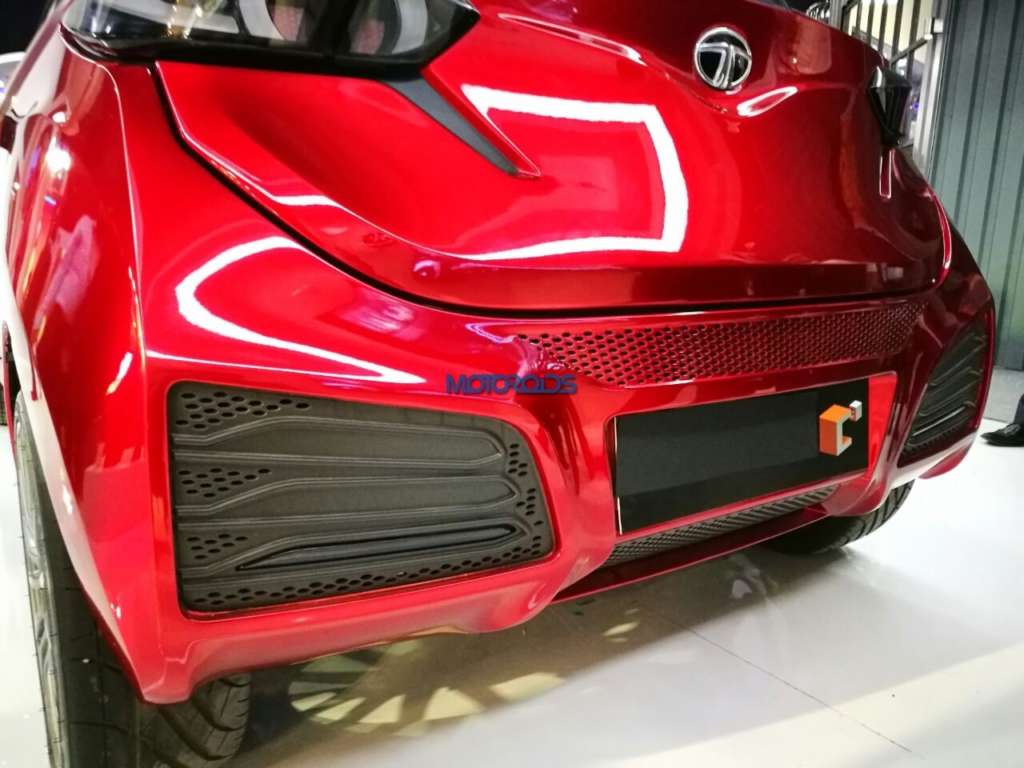 ..and even the rear bumper hasn’t been spared from some more honeycomb patterning. 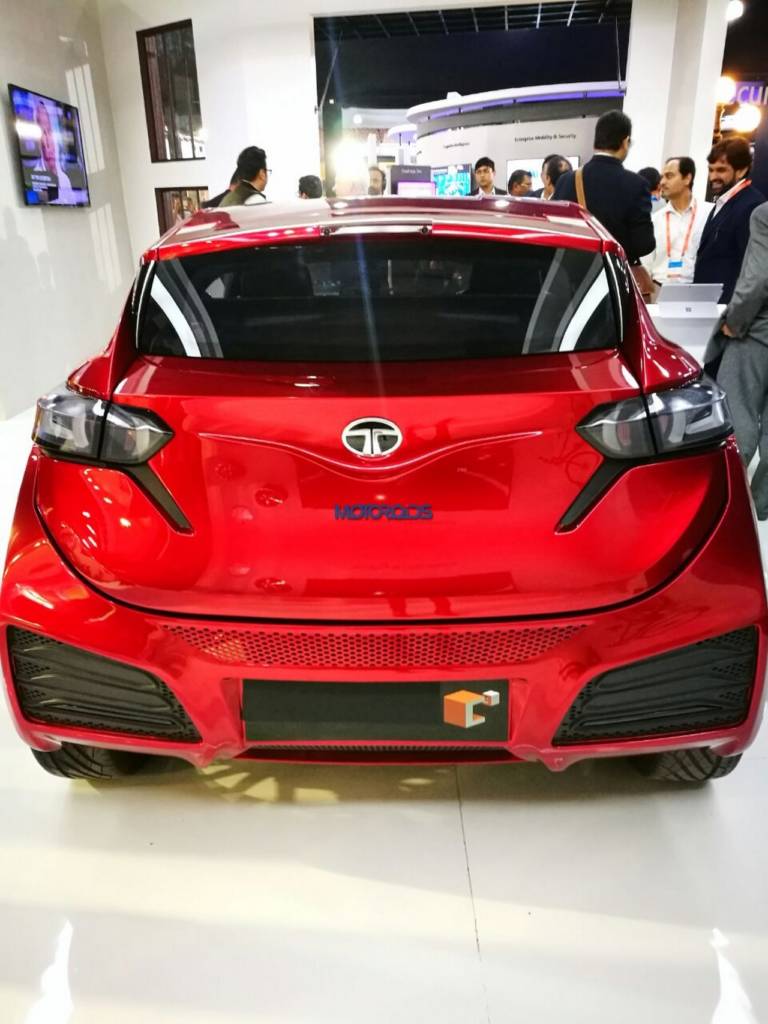 The tail lamps leave streaks on the tail gate, like mascara filled tears on a rosy cheek. 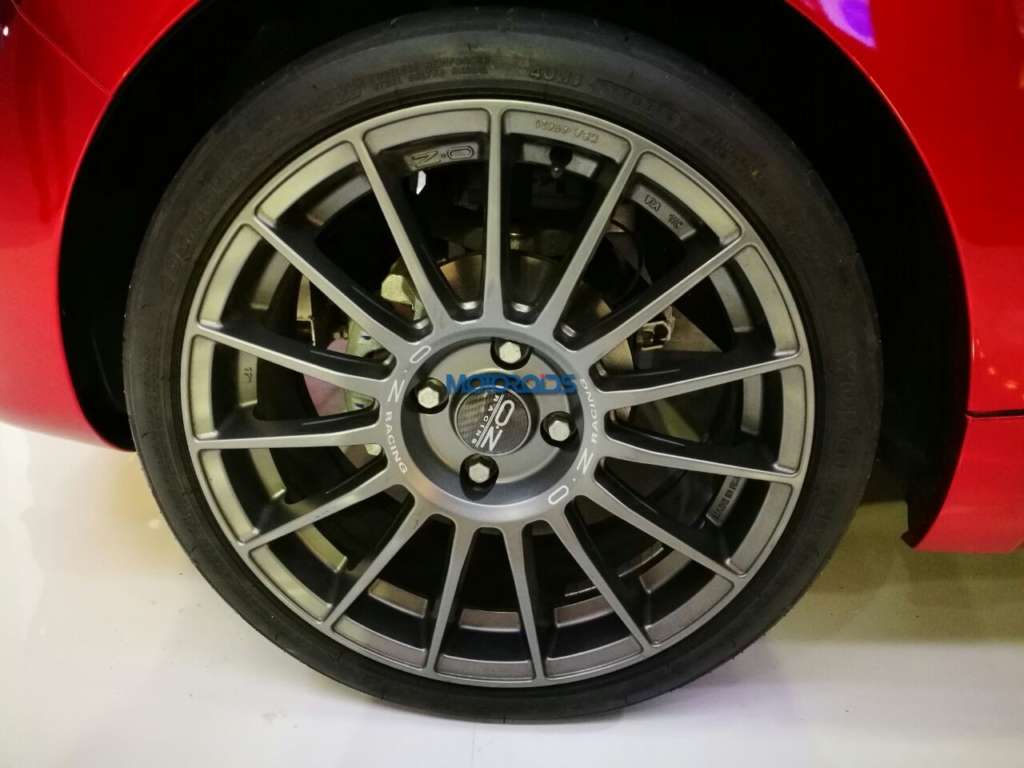 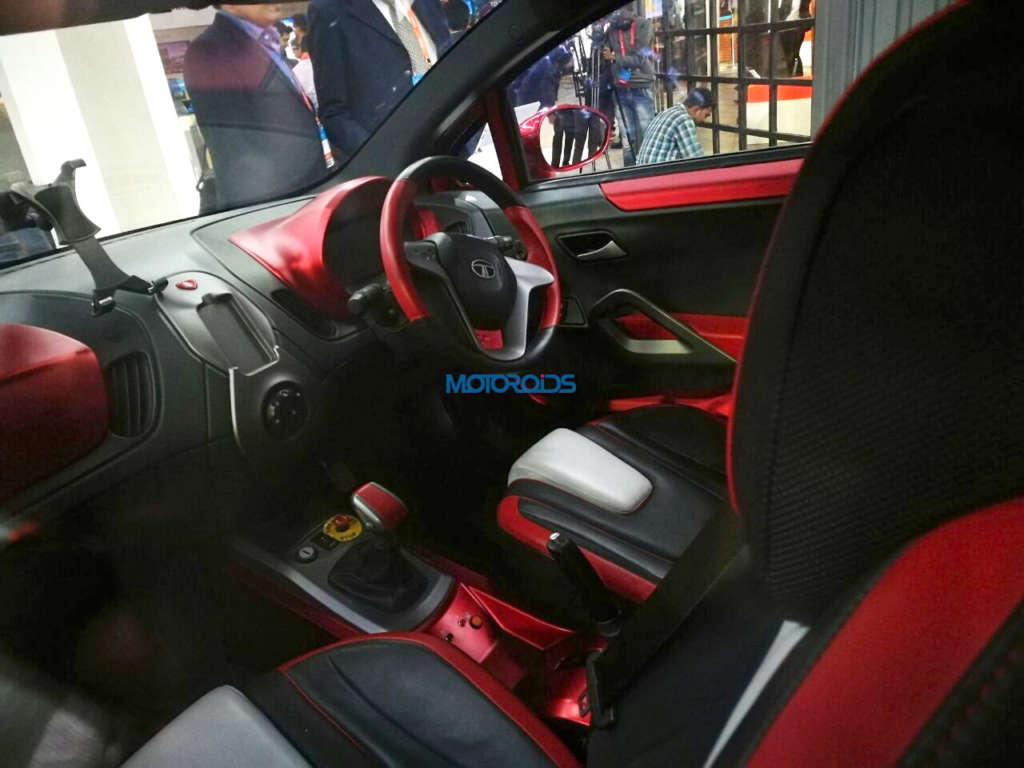 The interiors of the C-Cube are colourful and contemporary, but a bit spartan because it isn’t complete yet. 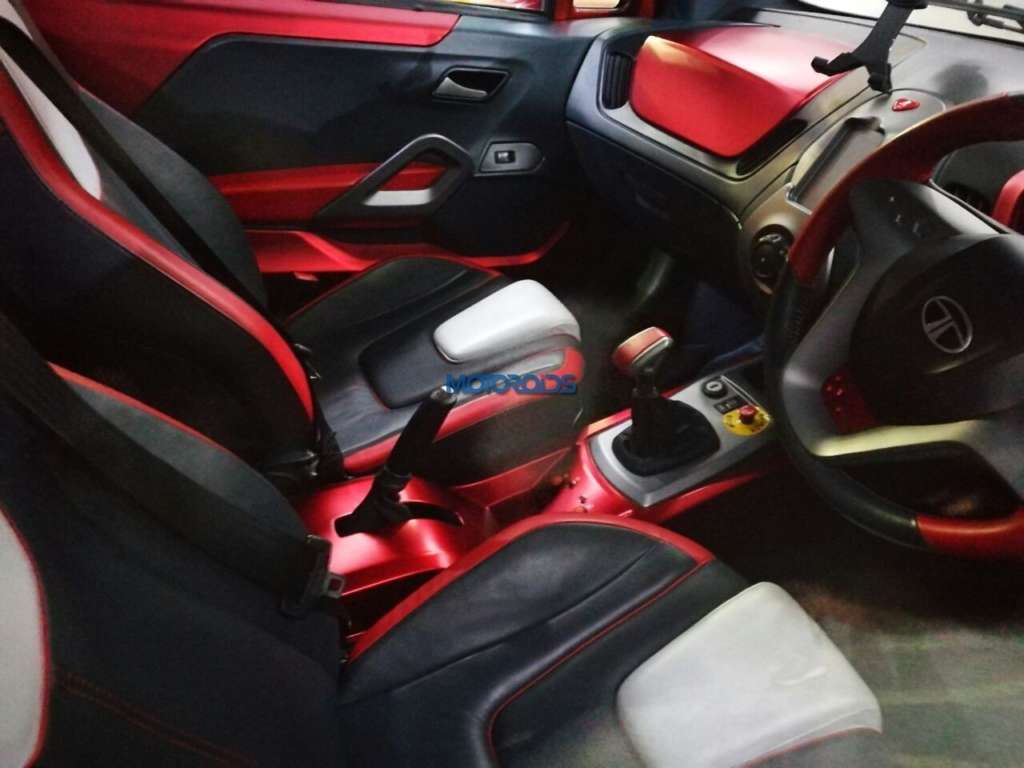 The centre console gets an indentation for a smartphone (?), and one giant knob. In case you’re wondering, that red button in front of the gear lever says ‘Emergency Stop’. 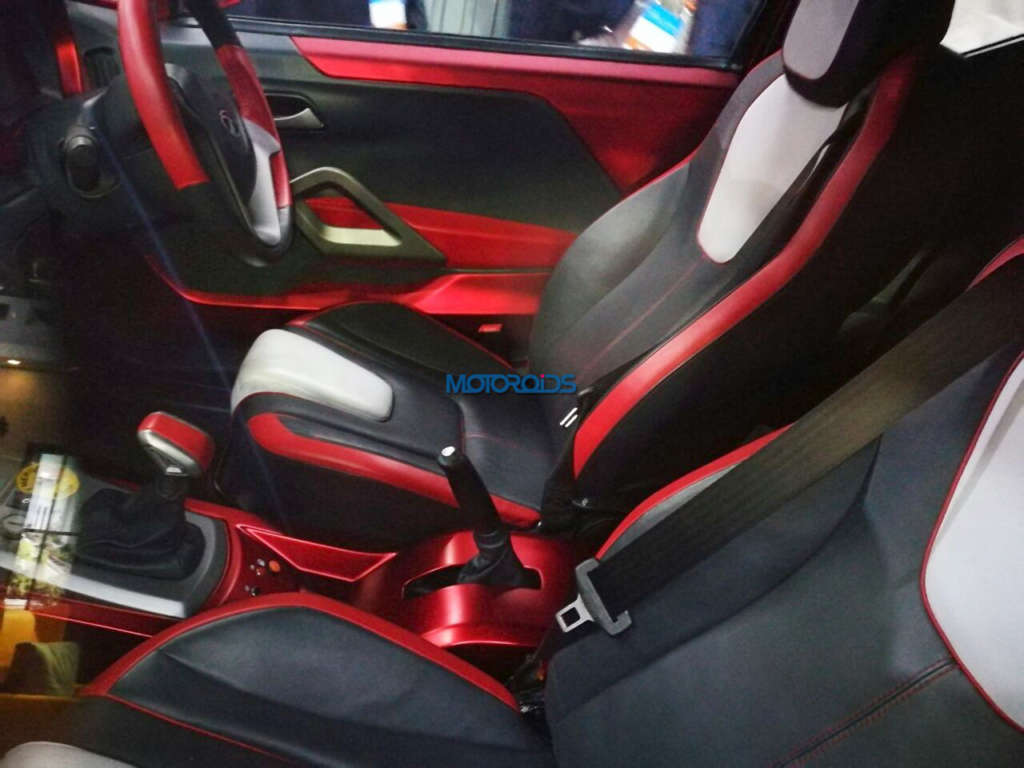 The C-Cube’s seats look comfy enough, and feature white inserts on the backrest, the headrest and the place between your legs. 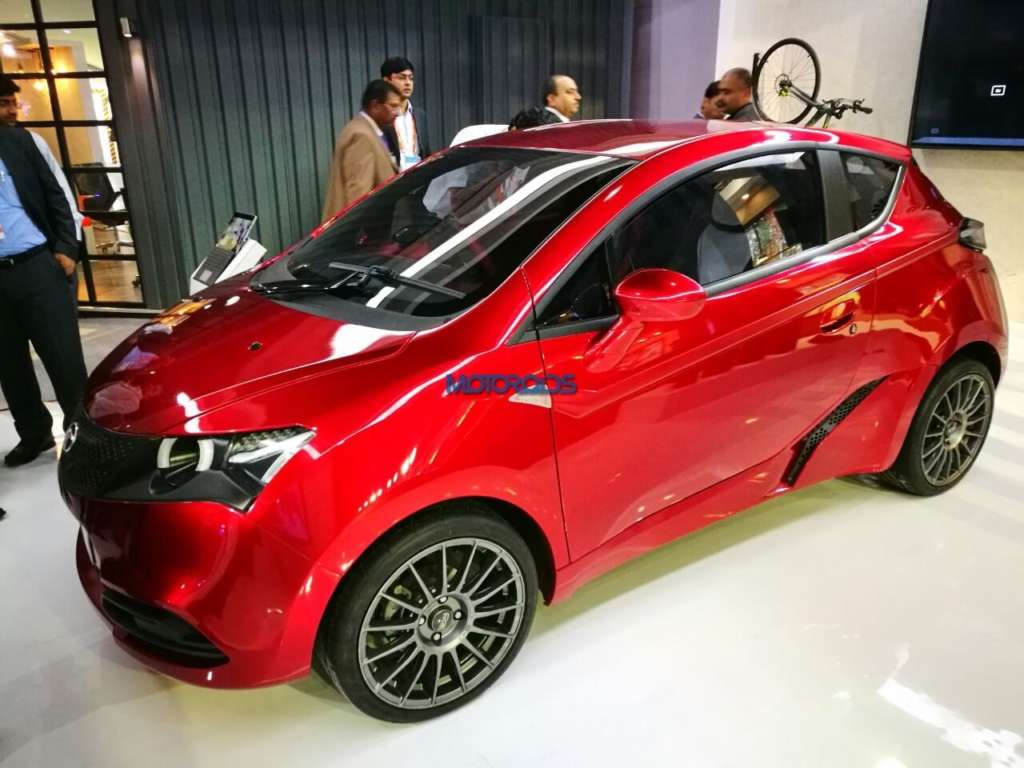 This is probably the best angle to view the C-Cube from.

Overall, the C-Cube doesn’t have the finesse of say, the Tata Nexon Concept (2014), or the Tata Pixel Concept (2011). Build quality isn’t the best, while the panel gaps are huge and inconsistent. But there’s a reason behind that. Allow us to explain. 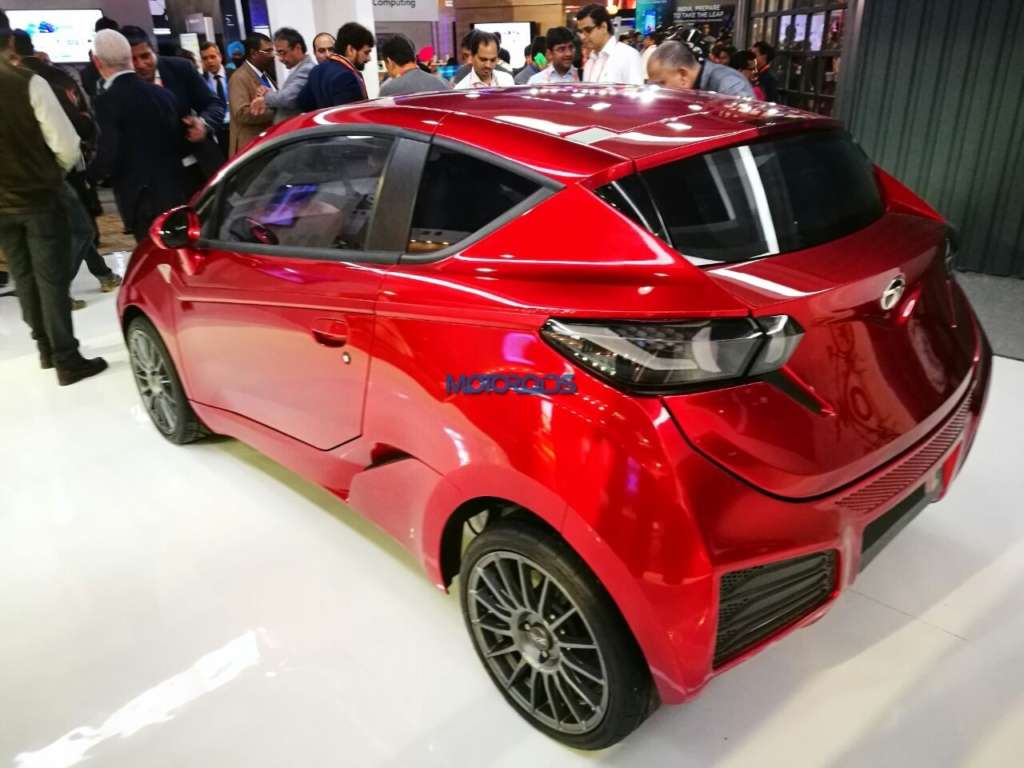 Since distributed manufacturing doesn’t encourage the presence of a single, full-blown manufacturing facility, the C-Cube features non-conventional materials (other than steel) in its construction. The C-Cube’s composite architecture doesn’t require expensive infrastructure like a press shop or a weld shop to make it. Instead, it has been put together using basic assembly techniques.

Now we don’t have any more information about specifics like the materials used on the car, or the ‘basic assembly techniques’ that were used to put the C-Cube together, but the body-shell felt like its been made out of some sort of fibre-reinforced polymer. 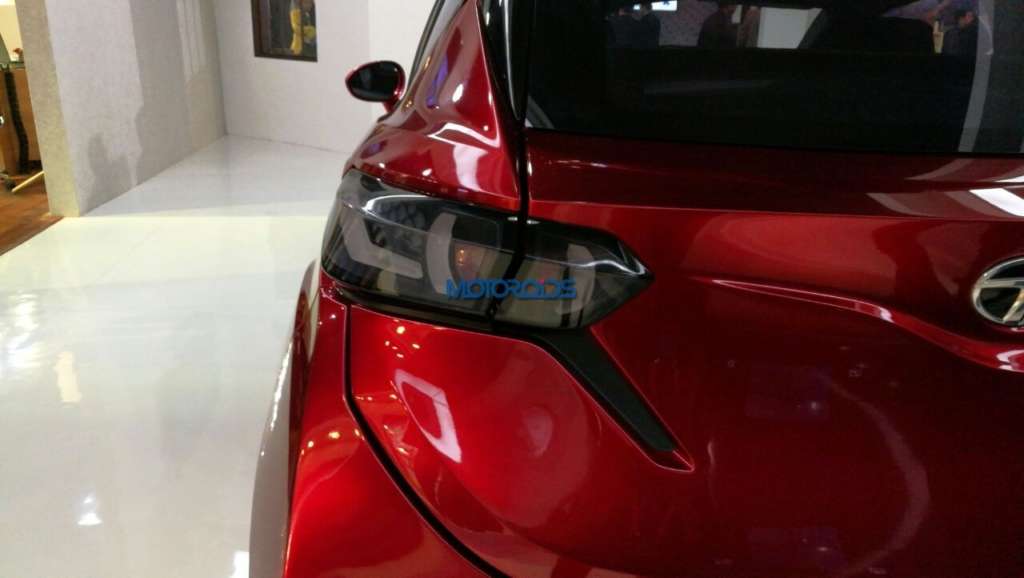 Drive-train specifics are still at large, but they’re irrelevant. The C-Cube is a showcase of how to make cars differently, and in a frugal manner. It still requires some finesse though. There will be an evolved version of C-Cube Concept on display at the 2017 Geneva Motor Show that will apparently feature some sort of Microsoft connected car technology inside as well.

The improved C-Cube will jostle for stage space at the 2017 Geneva Motor Show with the highly anticipated, Tata Tamo Futuro, a low cost, mid-engined sports car concept. Here’s what we know about it: Here Are Five Things That We Know About The Incoming Tata Sports Car So Far