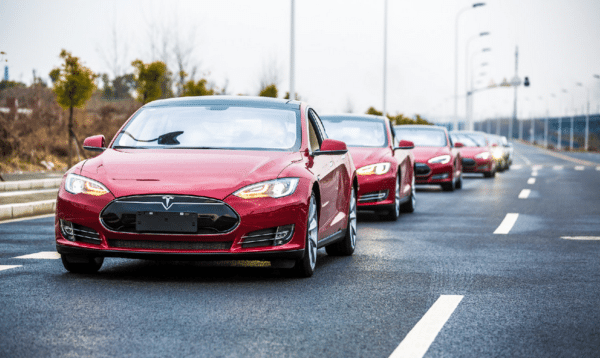 Hey there, you at the desk! Think you deserved a more healthier looking year end bonus? Morose at all the to be filed tax returns that stare back at you from your desk? Well, time to feel like turd again, because a Chinese start-up is offering a ludicrously generous year-end bonus this year by rewarding every member of staff with more than four months at the firm with a Tesla Model S!

Select employees of WiFi Master Key, a start-up backed by Chinese game developer and publisher Shanda, will be whizzing off in a Tesla Model S; deliveries of which have already commenced, with the first batch of eight employees having already received their cars. 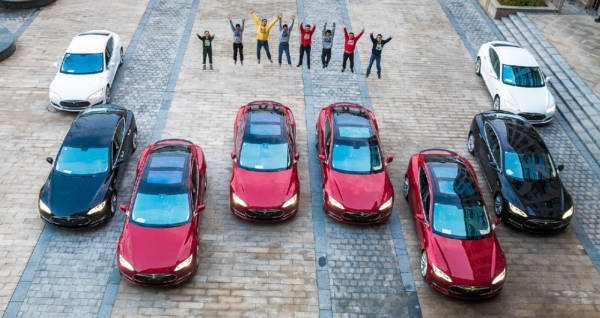 Although an official number hasn’t been disclosed, more than twenty employees out of the current crop of fifty have been stuck with a phenomenon called windfall, which can be defined as an unexpected, unearned, or sudden gain or advantage. The bonus will cost the start-up more than RMB30 million (INR 30 Crores – approx) in total, at current market rates of the Tesla Model S, which retail for close to INR 75 lakh in the Chinese market.

Based out of Shanda’s Innovation Institute, an incubator established by Shanda, WiFi Key Master is a mobile app that automatically connects your smartphones, tablets and other devices to public WiFi networks when in range. The app boasts of more than 500 million users, and 230 million monthly active users. Italso claims to have free access to 120 million WiFi hot-spots across China.