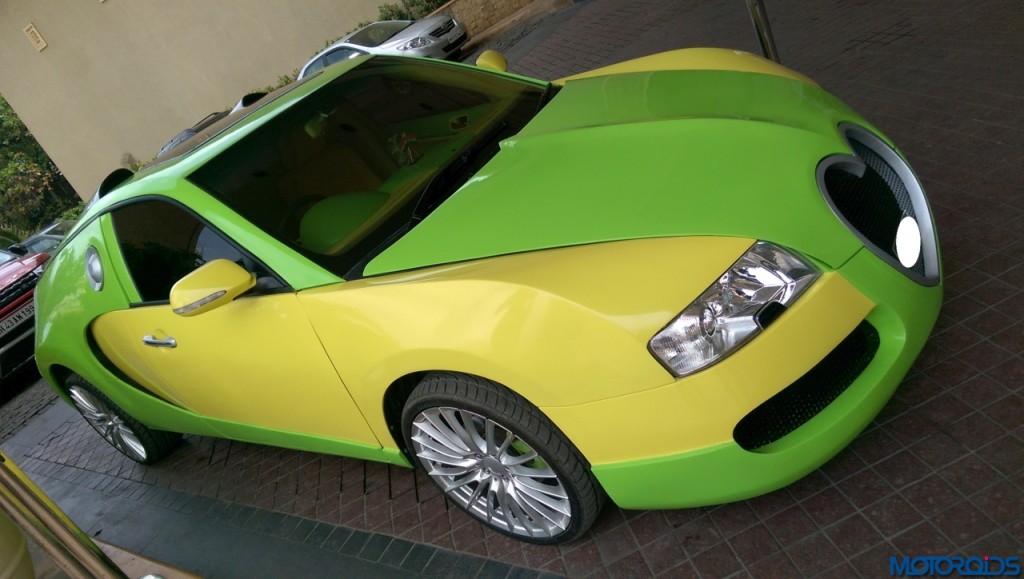 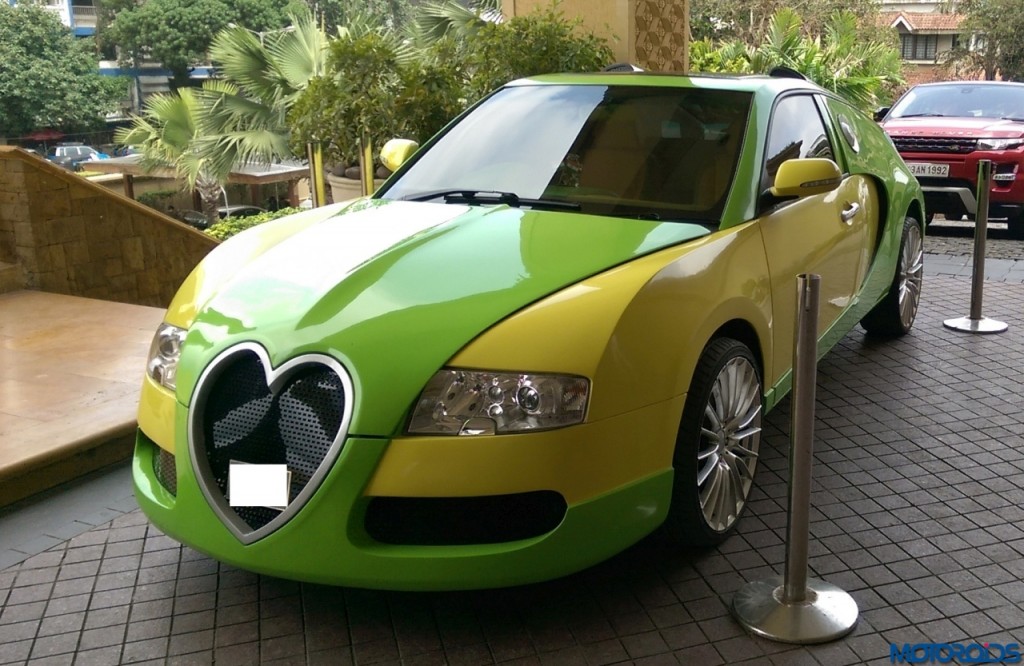 Sant Gurmeet Ram Rahim Singh Insan is a social reformer, preacher, spiritual leader, and of late, an actor too. The spiritual leader/actor was born in Rajasthan on 15 August 1967, and into a Sikh family. He is the leader of the non-profit spiritual organisation called Dera Sacha Sauda, which has its headquarters in Sirsa, Haryana. The baba even released his own movie which was titled ‘MSG: The Messenger of God’. The spiritual leader not only produced the movie, but also acted, sang and performed all of the stunts in the movie himself (apparently).  He has also conducted rock shows for youngsters across the nation; this guy isn’t your average run-of-the-mill baba. However, the most interesting thing about Sant Gurmeet Ram Rahim Singh Insan is that he has a huge passion for cars; to be more precise, a huge passion for highly modified cars, which, according to sources, are modified by the spiritual leader, himself.

The car you see above is one of (many) such whacky creations by this rock star baba. Yes, it has been modified to look like a Bugatti Veyron, but the results of the mod job are arguable (to say the least). This Veyron replica was spotted at the JW Marriott in Mumbai and was guarded by two security guys, one of whom had a sub-machine gun. The primary material used for most of the exterior bits is simple sheet metal. The sheet metal has been hand-beaten to form the shape of the various body panels in a workshop in Sirsa, Haryana. Though the finished parts do display some panel gaps, that could be a minor hiccup, if anything. The outside of this creation is bathed in a dual-tone, green and yellow paint scheme. The actual car underneath all that sheet metal is an older-gen Honda Accord. The cabin itself seems vastly unchanged, except for the fact that it has lost its rear seats. The interior was ‘handcrafted’ in and retains the bright and contrasting paint scheme as that seen on the exterior, though outsiders won’t be able to see it much (window tints). 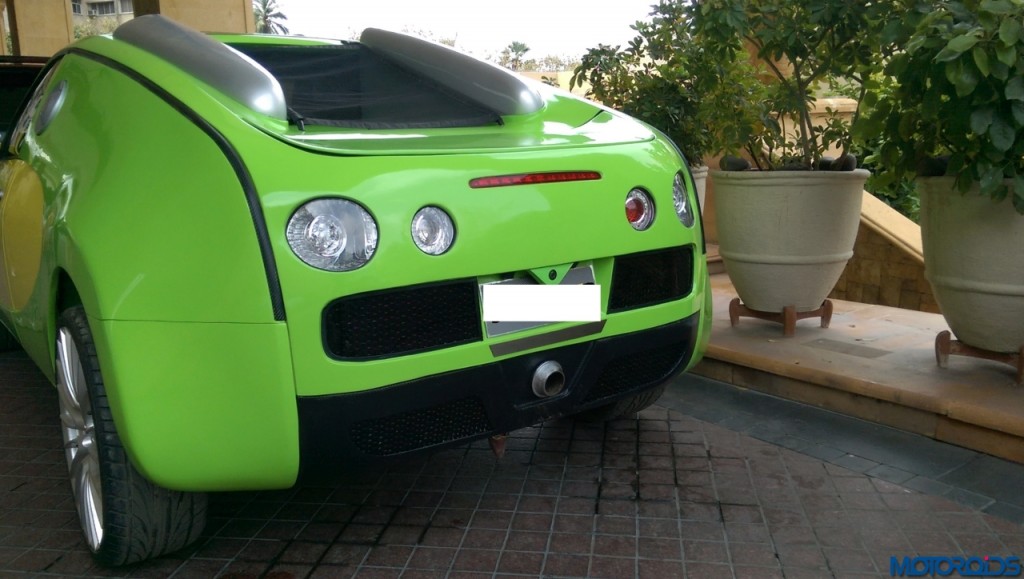 The spiritual leader’s custom car retains its donor vehicle’s dual front airbags and ABS plus EBD, just in case something untoward was to happen to this spiritual man. Other notable features include a rear-view camera, leather seat upholstery, and integrated audio system with steering-mounted controls. There are also ORVMs with integrated turn indicators, projector headlamps, fancy multi-spoke alloy wheels with ultra-low profile tyres, and disc brakes all-around with green callipers. Powering this Veyron replica is a 3.5-litre petrol V6 engine that comes mated to an automatic transmission. 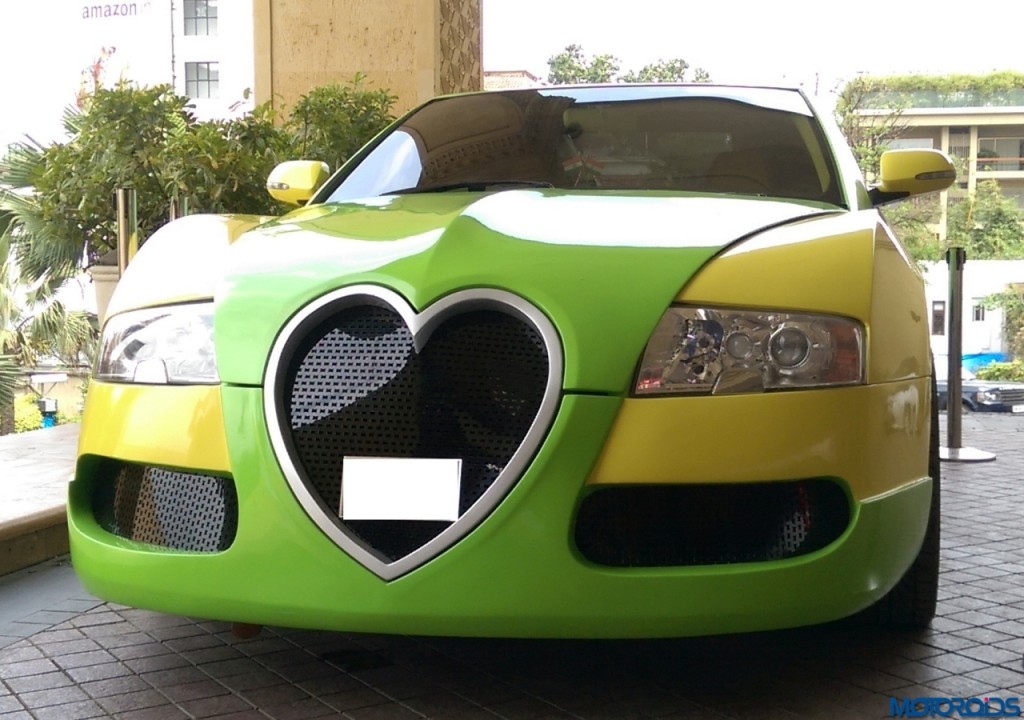 Not much is known about this creation, though we prefer Bugatti’s version better. However, this Indian version of the Veyron has some clever features which even the Bugatti failed to add on its hypercar. These include a cleverly-designed storage area behind the main cabin (the netted part), high ground clearance, an electric sunroof, and a heart-shaped front grille which may not be to everyone’s taste. Most importantly, you could afford one of these and since it is just a mod job, you could try your luck in finding someone to convert your mundane family saloon car into one of these!

Find more images of this Indian Veyron in the gallery below.