Home Features Can the Eon really dethrone the Alto? An analysis 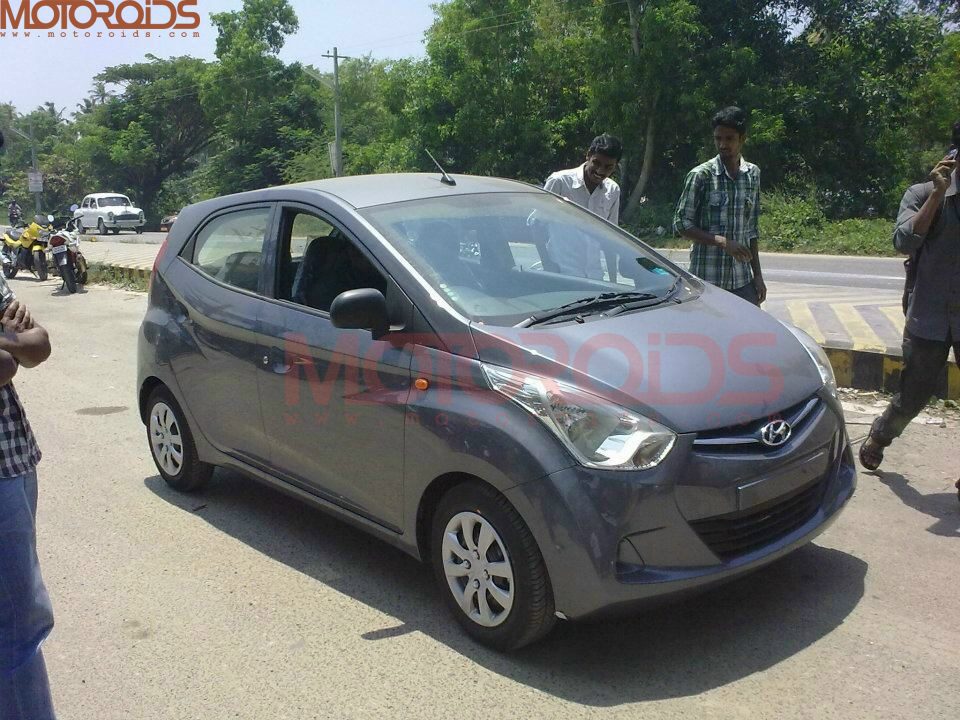 Sometime last year, our very popular Alto pipped  Fiat Punto to become the largest selling compact car globally. MSIL is set to face a tough challenge starting from as soon as the very next week . India’s 2nd largest car maker Hyundai Motor India Limited (HMIL) is gearing up to launch its compact car in the highly competitive Indian market. It has been named as ‘Eon’.

MSIL, India’s 1st largest passenger car maker, registers nearly a quarter of its sales from Alto alone. The Eon, the smallest car developed by Korea (Seoul)-headquartered Hyundai Motor Company (HMC), is being thought of to be priced at upwards of INR 2.5 lakh (ex-showroom). The Alto offers two-engine configurations of 800cc and 998cc, each in 3 cyl. formats. While the 800 cc engine propelled car is priced between Rs 2.32 lakh and Rs 3.31 lakh, The 998cc K10 comes for Rs 3.04 lakh and Rs 3.20 lakh (ex-showroom, Delhi). Maruti Suzuki registers 60 per cent sales of budget hatches from the 800cc variants. The remaining sales comes from the popular  and much hyped K-series versions that were introduced in August last year.

The original plan was to launch Eon in India in early 2012, but  HMIL would now launch the vehicle exclusively in the country on October 13th.

The car comes equipped with a three-cylinder 814cc engine, and is wider and taller than the Alto.  The Eon is rumoured and claimed to have fuel efficiency of 21.1 kmpl, as compared to 19.73 kmpl the Alto is capable of. All said and done, will Eon be able to end Alto’s seven-year dominance as the best-selling car in the country?

It is more of a wait and watch game as only the time to come will speak about the sales the new entrant in the budget hatch segment arrives.

But H W Park, president and chief executive officer, HMIL believes in Eon to dethrone the Alto. “Eon will set a new benchmark in the Indian market with regard to styling, performance, safety and convenience,” he says. “The car will provide the best-in-class design, quality and technology to its customers.” Going by his words, the car sure seems to be something MSIL needs to beware of.

The Eon (like the Alto) is targeted at first-time car buyers. The car has been conceived, designed and developed over 4 years, keeping the Indian consumer’s expectations and usage in mind. HMIL’s research and development team (based in Chennai) worked at Hyderabad in coordination with HMC’s R&D engineers in Korea to design and develop the Eon exclusivity for the Indian market. The internal collaboration between the parent and the Indian wing depicts the seriousness and expectations of the manufacturer from its new product. Eon can be seen to sport the ‘Fluidic’ design characteristics of the new generation Verna (nay, the Accent internationally), which has thrown quite a bit of challenge to the likes of the ‘almighty’ Honda City and ‘premium’ Volkswagen Vento in the midsize sedan market. It sure will be interesting to have a family look sported by a car that is several shoe sizes below its elder sibling.

According to the Society of Indian Automobile Manufacturers (SIAM), 244,880 cars were sold in the mini segment (cars with a length of less than 3,600 mm and having engine displacement up to 1 litre) between April and August this year. The 1981-founded MSIL, with M800, Alto, A-Star and Wagon-R, has a whopping 81 per cent share in the segment, whereas the 1996-incorporated HMIL with Hyundai Santro and General Motors with Chevrolet Spark have a percentage market share of 14 and 5.3, respectively which very well is on the downside, relatively speaking.

Industry observers say grabbing market share from MSIL which has held the leadership of the small car segment in the country for nearly three decades, may not be as easy. Abdul Majeed, leader, automotive practice, PricewaterhouseCoopers, notes the competition is going to stiffen in the segment with the Eon. “Maruti Suzuki has always read the market accurately and done things different in terms of product pricing and new launches. While the segment will expand, it will not be easy to make a dent in their market share.” Not to be forgotten is the fact that for many years Hyundai Santro kept the Wagon R at bay and there must be something that Hyundai planned well and that surely portrays Hyundai’s capability to understand the market well.

Last year, Alto tipped global bestsellers such as Volkswagen Golf in Germany and the Fiat Punto and Volkswagen Gol in Brazil to become the largest selling compact car globally. In 2010, MSIL sold a whopping 300,956 units, making the Alto , the first car to outsell global best sellers like Punto and Golf.

Maruti Suzuki managed to sell as many as 347,000 units of the car in the last financial year – an increase of 48 per cent as compared to the 235,000 units sold in the year before that. The company easily sells an average 32,000 units of the Alto every month.

Shashank Srivastava, chief general manager (sales & marketing), MSIL, says, “Eon does add to the competition in the segment, but Maruti is known for making small cars. Our cars have low cost of ownership and higher resale value.We have to see what package Eon offers.” And that sure points out to the fact that Hyundai will have to not just price the car correct but the after sales services too as Maruti is known for its user friendly nature and any manufacturer will have to try beating MSIL at its own game to really displace it.

It was in September 2000 that Maruti Suzuki launched Alto in India, over the past decade, the leading car company has sold 1.67 million units of the car. Alto is the first car to have sold 100,000 units in a record time of 150 days.

So, will Eon really displace the Alto from the position it holds? Will it be a slow mover initially and pick up sales later in its lifetime as the Alto did? Will the car really shake the confidence Maruti Suzuki possesses in its small cars? Japan or Korea, whomsoever one may support, all that one may say is ‘Fingers Crossed’.