Home Features Born Again: A 1996 RE Machismo Revived As The Cafér 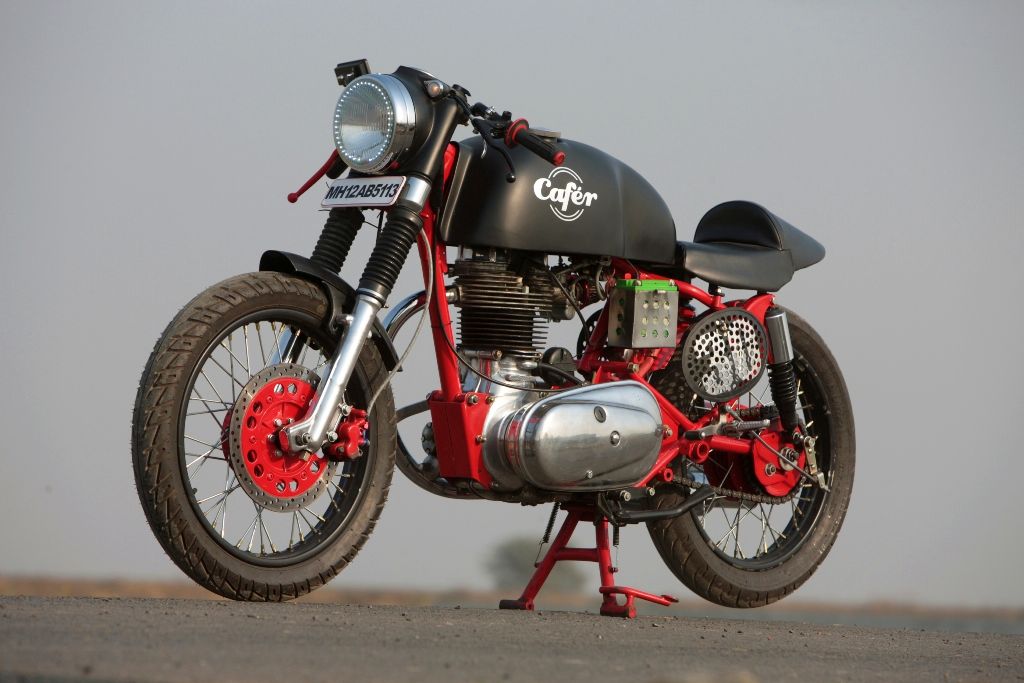 Hardcore biker, senior motoring journalist and our good friend Vikrant Singh shares the story of creating a classic Cafe Racer out of a 1996 RE Machismo which was in tatters.

We revive, rebuild and reshape a neglected Royal Enfield, but with some professional outside help 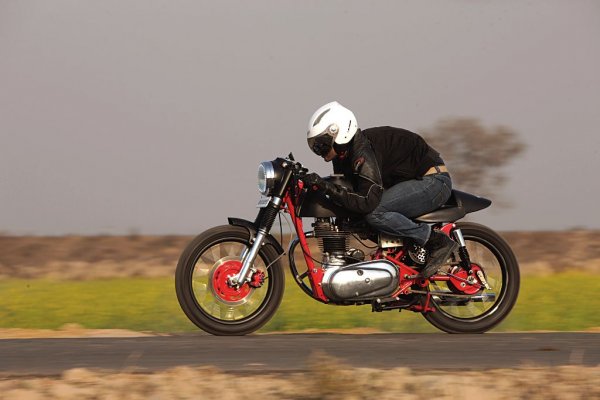 Meet Cafér. She started out as a Royal Enfield Machismo way back in 1996. And when she was born and bought by her owner then, she was clearly the neighbour’s envy. With gleaming chrome all over and dashes of black paint tastefully done, not to mention some modern bits (for that time) and a muted but powerful exhaust note, you couldn’t escape her appeal.

Then the owner got married, had a kid and bought a car, and with every new addition, the Machismo just kept slipping deeper and deeper into the ravine of neglect. To an extent that in the last six months she just stood in her own used pool of oil without turning a wheel or being fired up. And to make things worse, she battled a flooded garage in the monsoon standing in that very spot. Little wonder all her parts were consumed by rust.

The good news is, the owner after a lot of convincing agreed to let us adopt her. But we were clear; we didn’t want to nurse her back to a Machismo, not with Royal Enfield just having launched the Classic Chrome, which obviously is the new generation Machismo. We wanted to give this one a complete makeover. 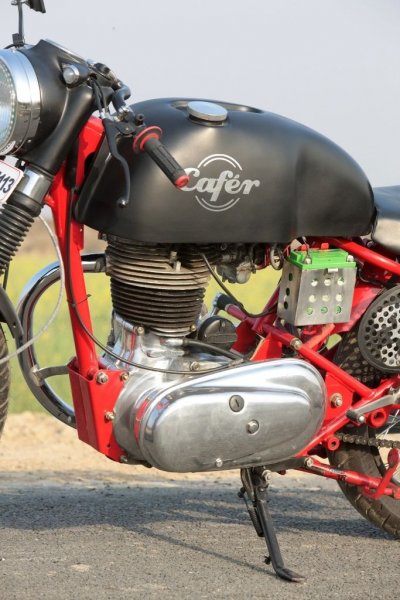 Now, to be honest, we aren’t extremely hands on; not enough to really rebuild a bike from scratch. So, we roped in Joshua Crasto to help us out. And we did so for two reasons. One, Joshua is extremely hands on a person when it comes to motorcycles, and secondly, he makes these very good looking Cafe Racer kits for Enfields. And we knew this is what we wanted for our old horse.

But as soon as we started stripping the bike, it was clear most of it could not be used again. Now we wanted to keep the motorcycle’s soul intact, therefore, the chassis stayed, so did the engine and gearbox complete with the carb, and of course, the RE trademark, the head nacelle. Everything else from nuts and bolts to suspension to wheels and tyres had to be new. Moreover, since we were getting it new, Joshua suggested moving to 18in rims instead of the stock 19in and then equipping them with some modern rubber.

The result of it all is on these pages. To me, and not because it is our bike, the Cafér with its bright red almost Ducati-isque like frame together with a matt black nacelle, tank, tail and wheel rims, looks absolutely gorgeous. Moreover, as the riding shot shows, the seating ergonomics has changed dramatically. So, the Cafér uses a low set clubman like handlebar, a single seat pushed back and really rearset footpegs. It doesn’t make it the easiest bike to ride it must be said, but it certainly gives the Bullet a lot of attitude. 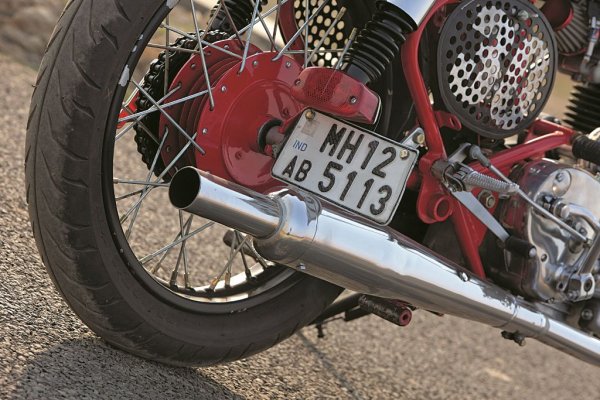 On the move and particularly at slower speeds, she immedi­ately feels a lot more flick-able than a stan­dard Bullet. But yes, the ride’s certainly become poorer courtesy the lack of weight. But, pick up speed and things get better. She also handles the twisty stuff much better now – the turn-in is crisper and one can put in more lean into bends too. Also, with the slightly free flowing exhaust, she sounds totally gorgeous, especially on the overrun. Finally, if you are wondering why we did it and was it worth all the hard work and money spent? Absolutely. It’s truly a liberating experience to put together a motorcycle from the scratch and to see it emerge slowly but surely into something you envisaged. It’s like bringing up a child. 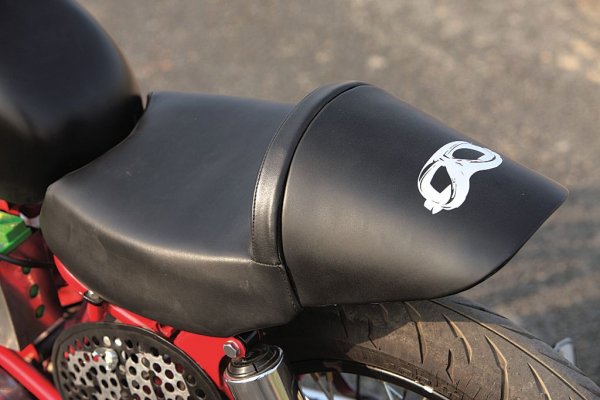 This is what the Cafe Racer kit you see here includes – fuel tank, seat with integrated bum stop, front fender, clubman handlebar, rearsets and the exhaust. And the cost of all this is about Rs 30,000. However, Joshua does sell these bits separately on re­quest. To get in touch write to him at [email protected] and for more information on the kit check out www.buggedshutter.blogspot.com.