Home Features Based on a Royal Enfield, the Drona’s a Gold Finished Madonna

Another day, another mod job by Bulleteer Customs. Unlike their previous work, this one’s finished in Gold and they call it the Drona. If you’re wondering what has Madonna got to do with it? Well nothing. She just rhymed. 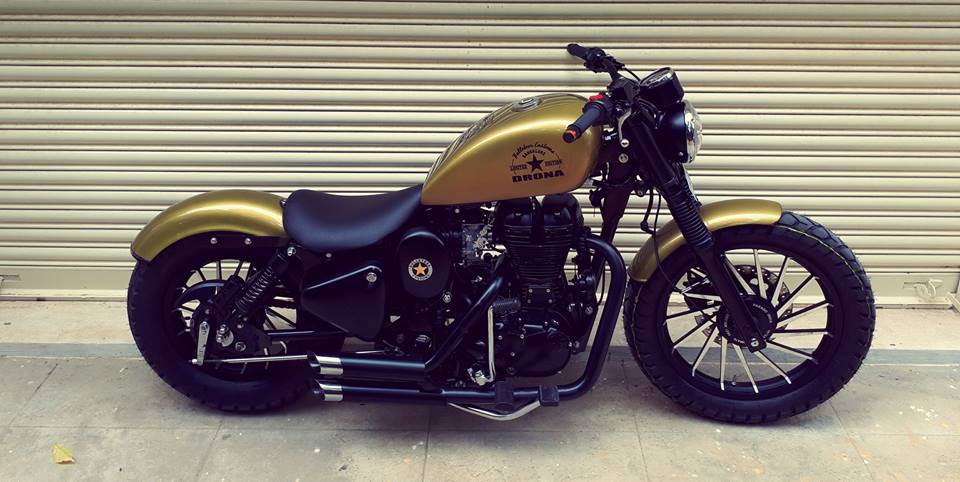 Built upon a Royal Enfield donor bike, the Drona’s got flash oozing out of that Gold finished teardrop tank and fenders. Adding some vocals to that bling are two well finished exhaust pipes, with their tips dipped in chrome. We aren’t sure though if the second pipe is for visual purposes only. It maybe has a voice of its own. But then that is that and the rest of the package speaks silently of the build’s subtlety, which has by now become the builder’s signature of sorts. 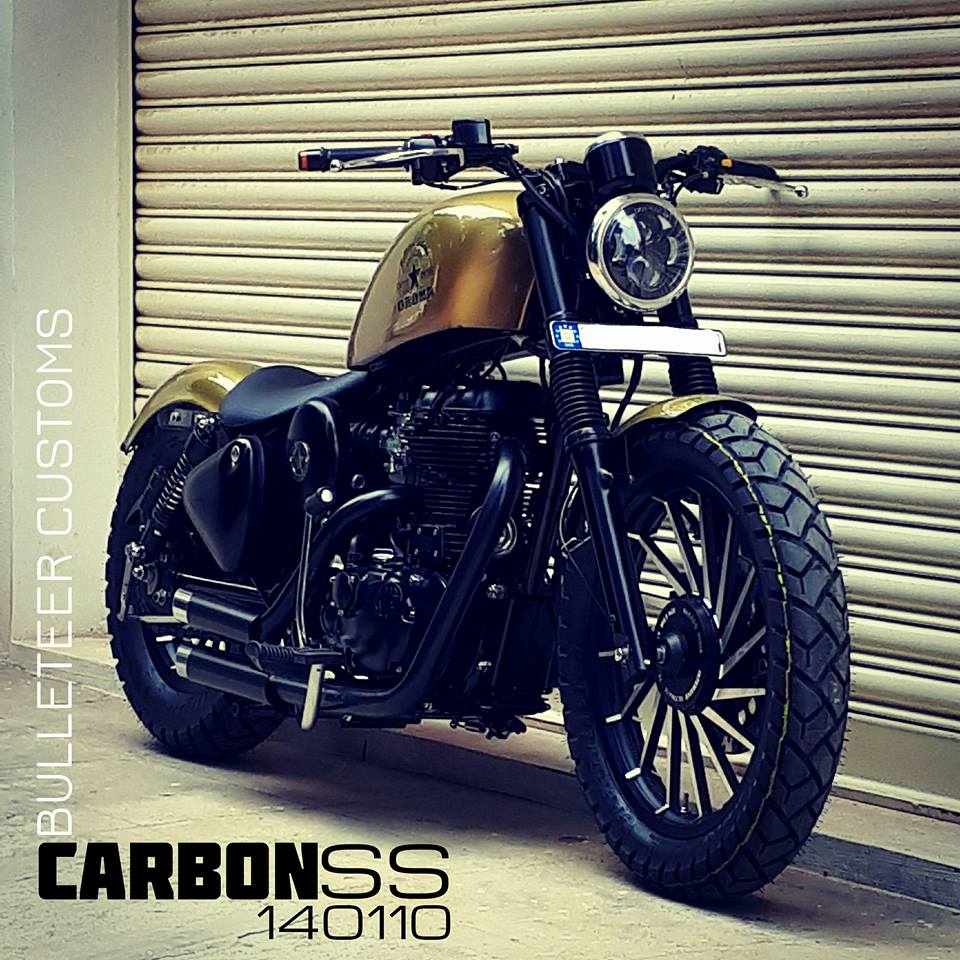 Shiny spokes on blacked out rims match the bike’s character and an LED headlamp adds a modern touch. Traditional forks are blacked out like the rest of the bike and get a dust cover. A single saddle fits flush with the bodywork and looked at as a whole, the build is visually cohesive and nothing looks out of place, except that kick starter which sort of interrupts the flow of those two pipes. 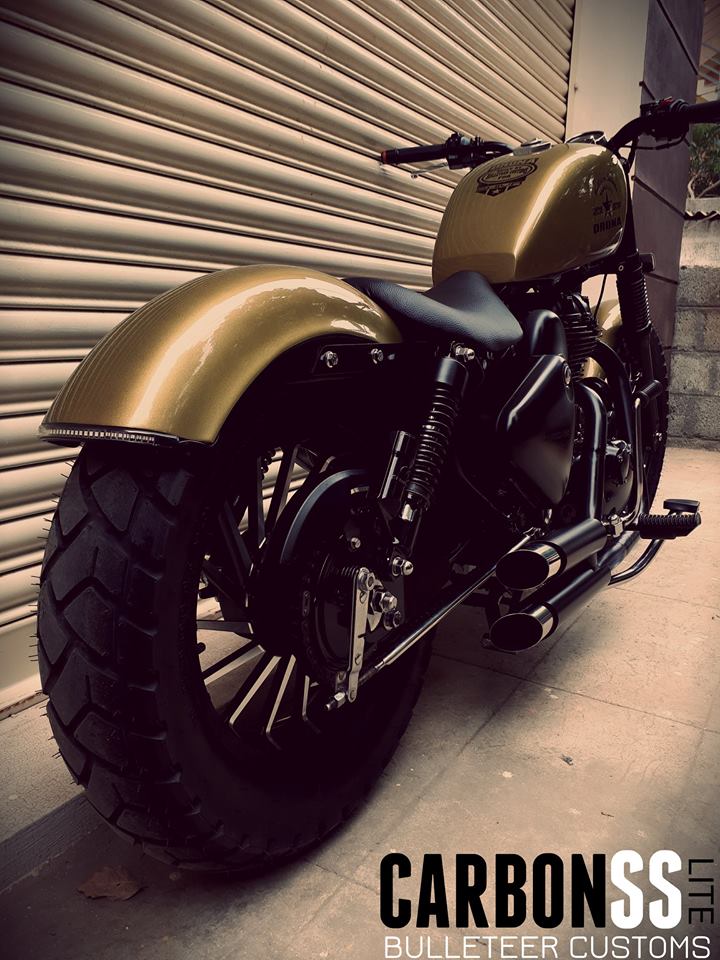 A tiny strip of LED lighting acts as the brake and stop light and perhaps illuminates as the side indicator too. The rear licence plate is mounted near the left rear spring and a conventional drum type rear brake is linked to the pedal through a shiny connecting rod. We aren’t aware if any performance additions have been made too. But if you like what you see, you may contact Bulleteer Customs on their Facebook page or send them an email.