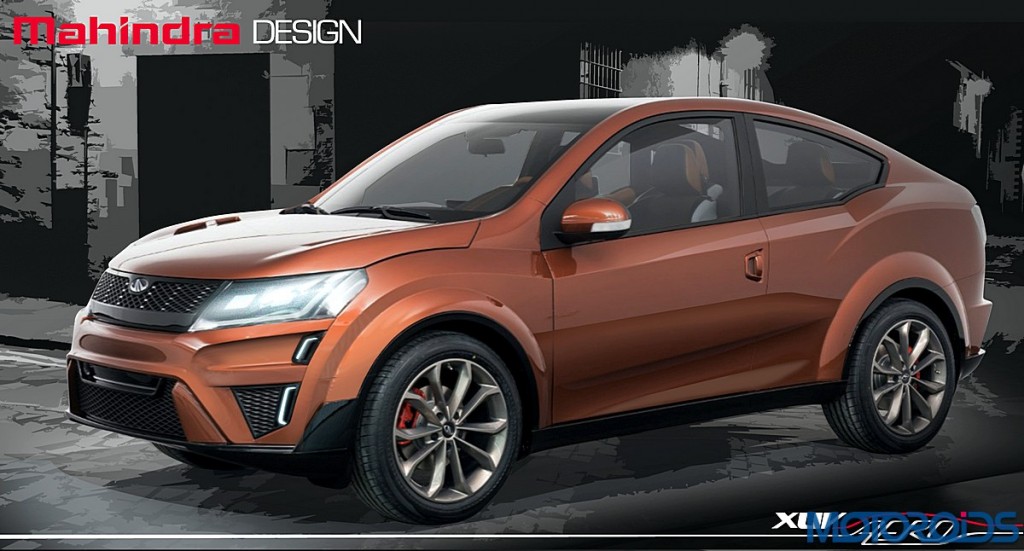 The Mahindra XUV Aero Concept was one of the very few Indian concept vehicles that drew a lot of cheer at the Auto Expo 2016. Here are five things that we love about Mahindra’s new performance coupe crossover 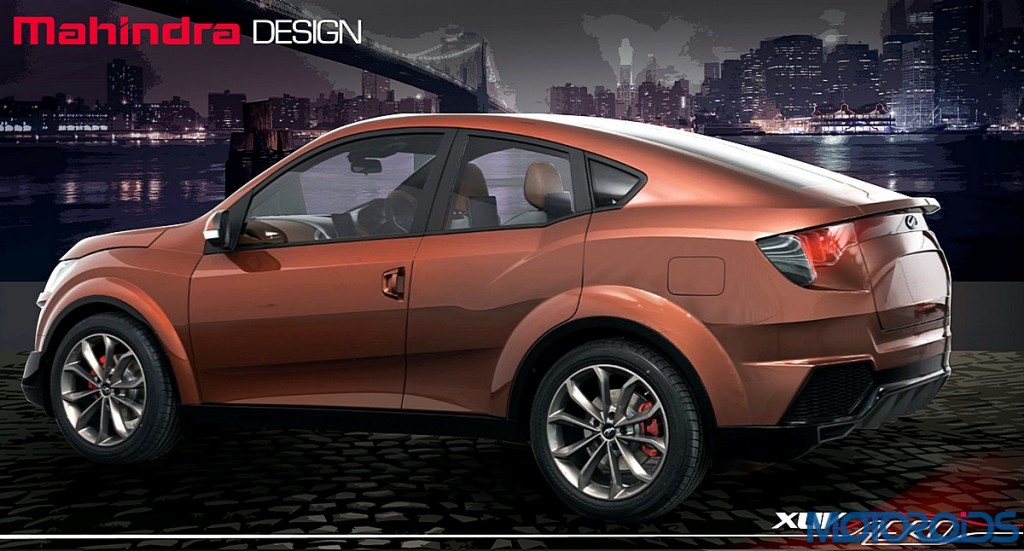 The XUV Aero Concept has been designed in-house at the Mahindra Design Studio in Kandivali, Mumbai, India. And things can only get better as the Indian conglomerate recently took over Pininifarina, one of the world’s most renowned automotive design outfits. We’re not quite sure about the Italian involvement in the XUV Aero’s style, but we won’t be surprised if there is some. 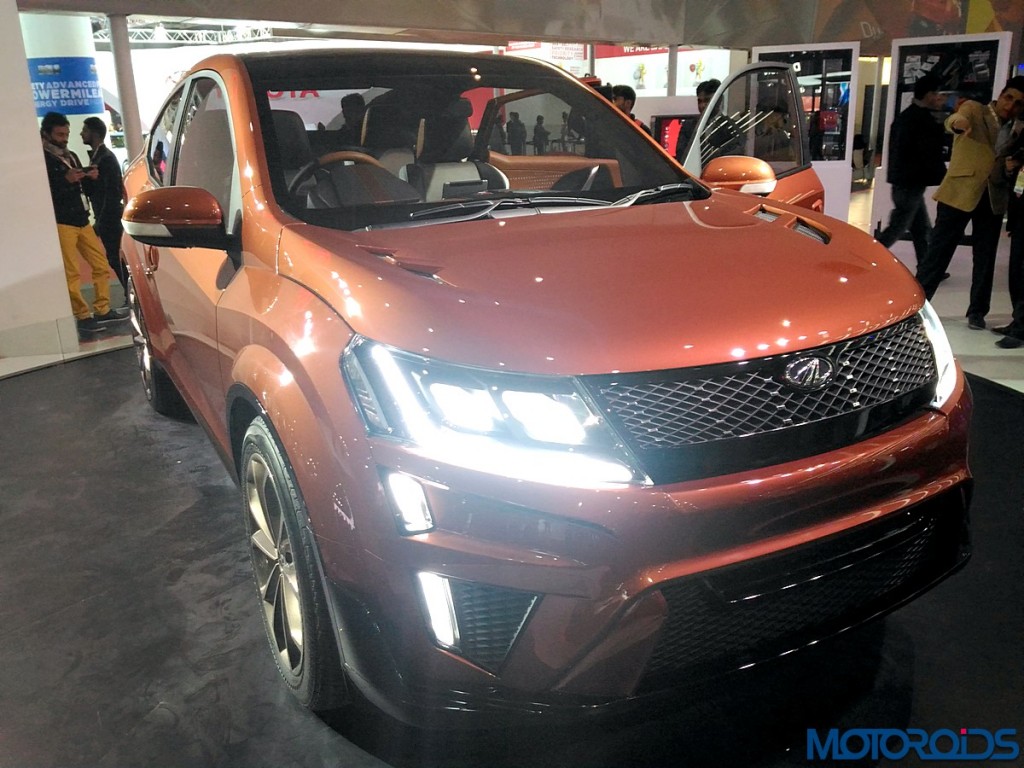 The fastback shape and the ribbed tail lamps would flatter the Ford Mustang that’s standing a few halls across, but the integration with the XUV500’s familiar shape has been flawless. The XUV500 is already bestowed with a good stance, so a shortened wheelbase, swooping roof, and a chunkier wheel/tire combo only accentuate it further. The front end detailing is limited to a new, slightly more outgoing bumper, and a mesh over the regular XUV’s toothy grille. The rest of the snout is hard to notice, unlike you want to burn your corneas out with as many as ten LED streaks. The interiors get sexier seats, a large, free standing display on the dash, toggle switches and a funkier instrument cluster. 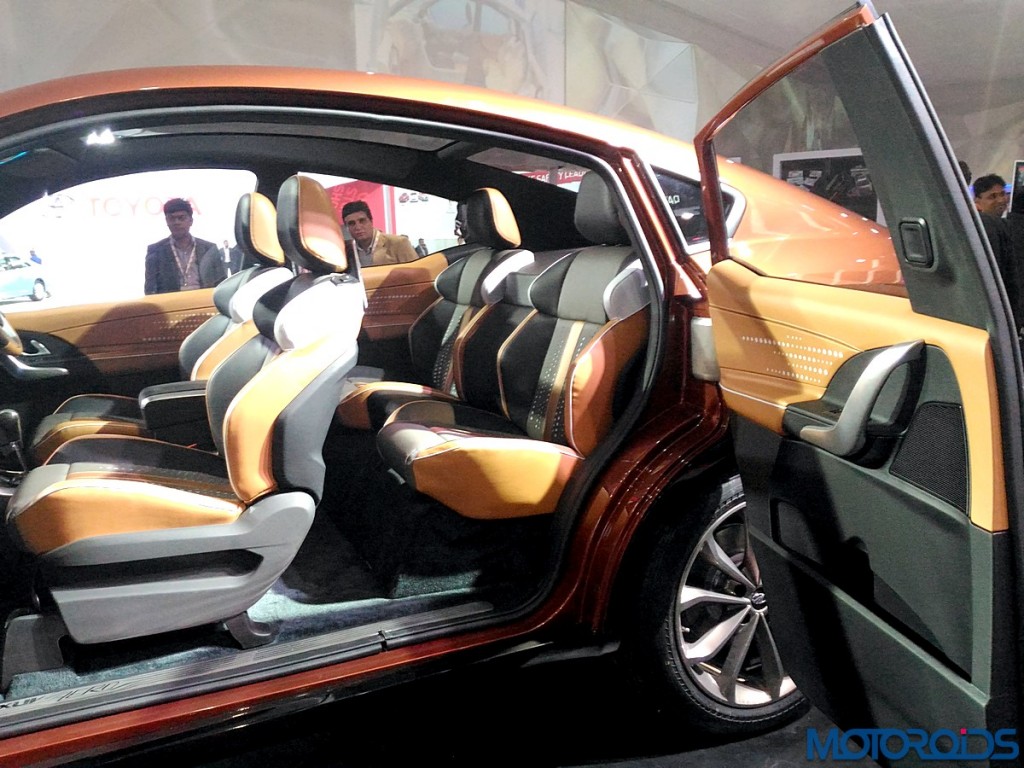 The Mahindra XUV Aero gets Rolls-Royce inspired suicide doors, but they’re only present on the concept’s left hand side. On the right, there’s just a single door; coupe style. The Hyundai Veloster will also agree. But the XUV Aero cancels the B-pillar on the left hand side completely, allowing for a cleaner look and of course, greater ease of access to plush insides.These ingress benefactors are far from ordinary and up the appeal of the concept at least fivefold. 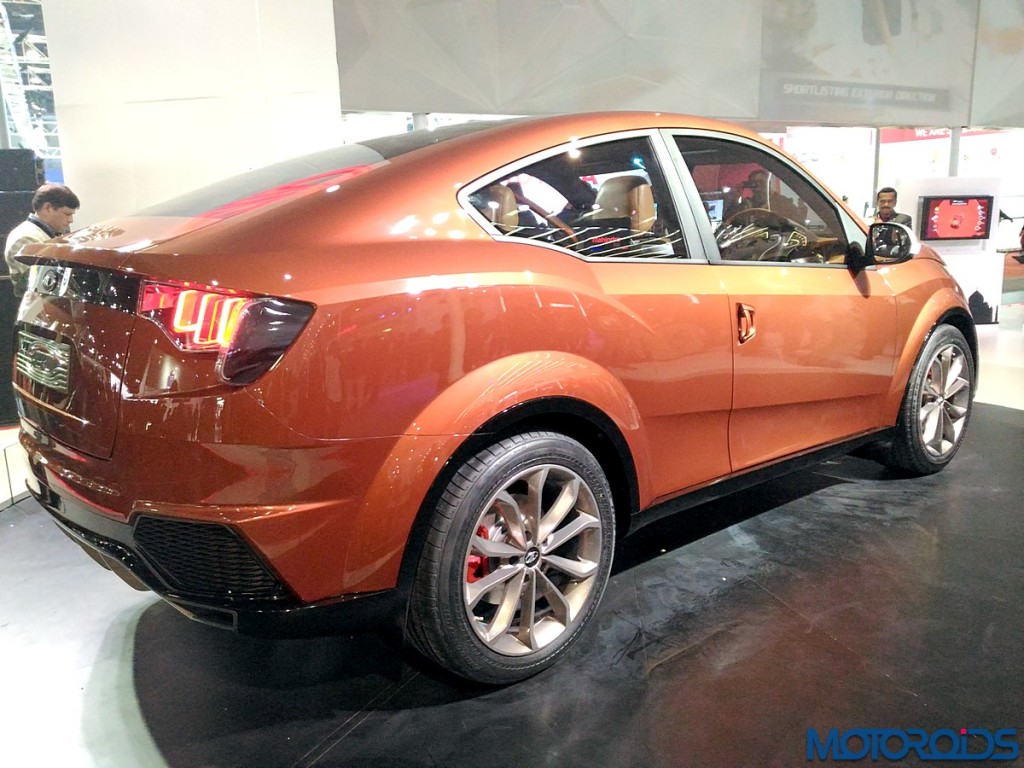 Mahindra says that the XUV Aero is a powered by a “high power-density” mHawk diesel engine. We’re not quite sure what that means, but a promised 210 HP output sounds fervent enough. Mahindra also says that the XUV Aero will sprint from “0 to 60 in under 6 seconds”. Miles per hour sounds too optimistic, so we’ll take that as kilometers per hour.

First of its kind 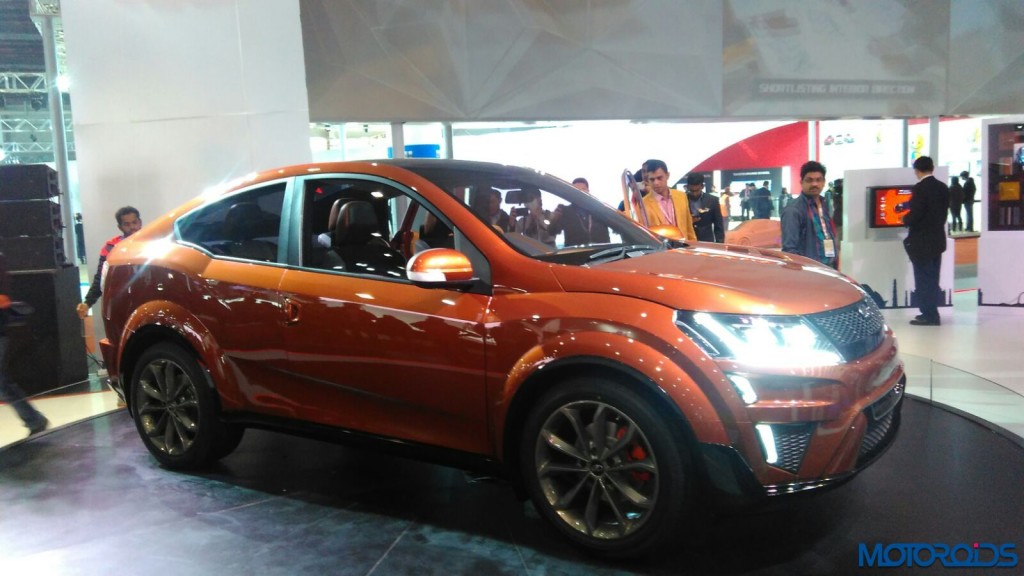 We like the mashup of luxury automotive styling traits, but love the mainstream connotation. When this vehicle enters production, which is sometime this year, it’ll be the first of its kind in the world. From what we reckon, a compact crossover has never been has been given the coupe treatment, making the Mahindra XUV Aero Concept an exclusive idea.