Driving fast on the blacktop is one thing, but being able to do that off the road requires serious skills. In the world of rallying, it doesn’t just stop there. For while piloting what looks like an out of control car during the whole time, there are other challenges out there putting your dexterity and your machine’s ability to withstand a whole lot of beating, to test. One such event, which is one of the most anticipated in India and has been a hunting ground for those who dare, aptly called the Maruti Suzuki Dakshin Dare, is back in its 9th Edition. 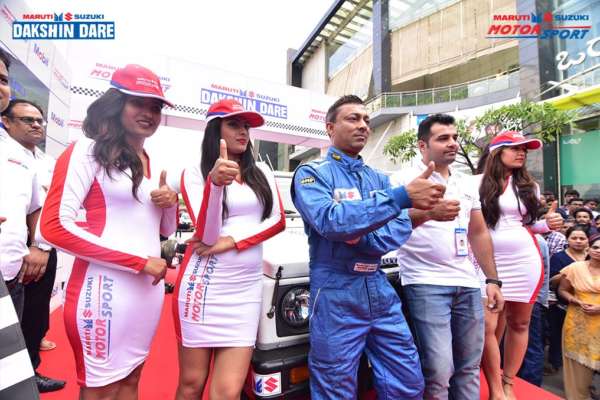 The participants hit the road on July 16 from the city of Bengaluru with a power packed participation of 180 rallyists. Adding a new twist this year, the route will not be limited to the gruelling terrains of South, but will also transition into the terrains of West, bringing in more excitement and challenges. The Maruti Suzuki Dakshin Dare will cover approximately 2,000 km between Bangalore and Pune this year. The first leg took off on the morning of July 17. For the first time the event will culminate in Pune, snaking through the scenic, yet, challenging terrains of Chitradurga, Belgaum, and Kolhapur.

How will performance be measured? 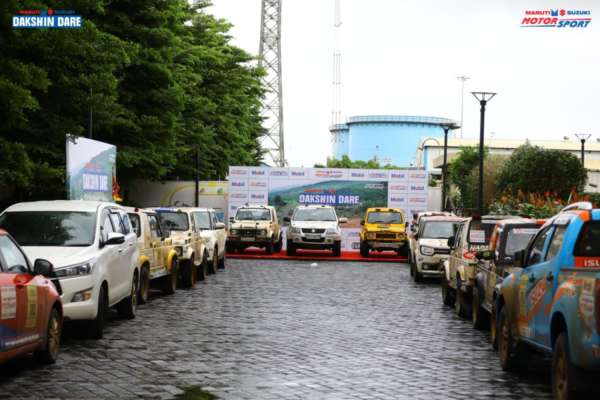 The Maruti Suzuki Dakshin Dare runs in two categories – Ultimate and Endurance. The former measures performance by the means of fastest lap times and puts both participants and their machines under an extreme stress and skills test. Through the fastest sections, it is easy for these guys to hit a top speed of 140 – 150 kmph off the road, in their modified, everyday cars. On the other hand, the objective for participants in the Endurance category is to finish each segment of the course in a specified time, at a specified average speed, which puts to test both precision and control. 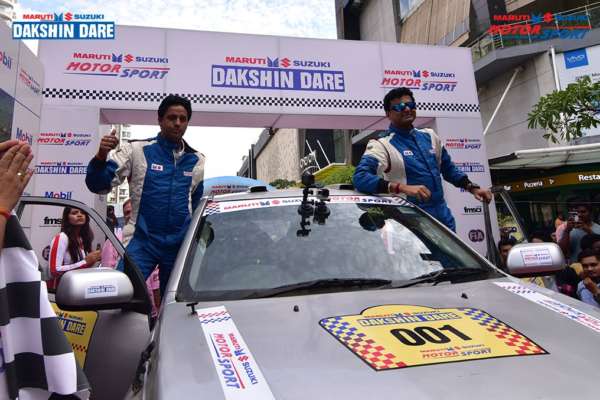 Team Maruti Suzuki is taking part in the rally with the following. Winner of the Ultimate Category in 2016, Suresh Rana with his co-driver Ashwin Naik will look to repeat his performance this year too. The level of competition can be imagined by the fact that when they won last year, it was only by a margin of 00:06:06! Sandeep Sharma, the man who closely followed Rana in a modified Maruti Suzuki Gypsy, is also participating this year to give a thick competition once again. Rana entered the event last year along with his Maruti Suzuki Vitara, modified to encounter the challenges of the event. He is also a nine-time Maruti Suzuki Raid de Himalaya winner!

What will the participants encounter? 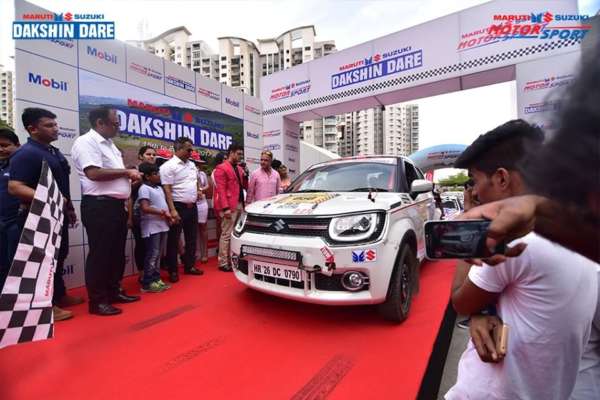 On day 4, the Maruti Suzuki Dakshin Dare will test participants around a 30 km long stage near Belgaum, which is 50 percent dirt and the rest is tarmac. The machines and their occupants will have to gush like water through broken tarmac inside a forest for the first half, and a narrow dirt road along a canal for the latter part. On Day 5, the participants enter the state of Maharashtra and participants will travel from Kolhapur to awaken the sleepy little town of Bhor on the outskirts of Pune. A 90 km long final stage will turn out to be the ultimate test for both man/woman and machine. To be repeated twice for cars and once for bikes, this stage consists of winding, broken and narrow tarmac that cuts through scenic water bodies and never ending Western Ghats.

Tell me more about the Machines 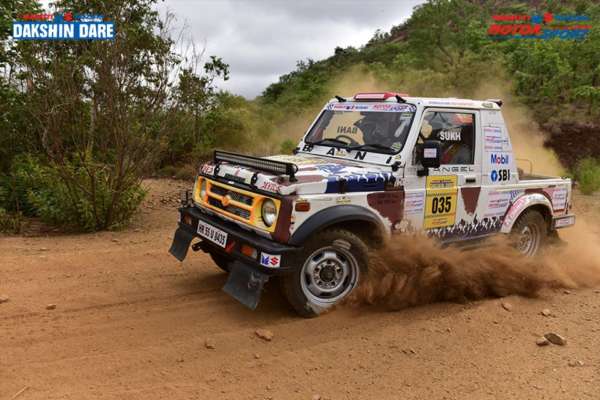 The Ultimate category will see heavily modified Maruti Suzuki Gypsys, Maruti Suzuki Grand Vitaras and the likes, taking air and making splashes through the dirt. These cars are fitted with a roll cage for safety, undergo performance modifications, and are made to lose excess weight to make them more athletic. They are fitted with rally-spec tyres and a purpose built suspension setup which helps them withstand the gruelling conditions. The cabin undergoes a weight saving program, where everything that doesn’t serve purpose and adds bulk, is thrown away. Likewise, participating motorcycles go through a transformative phase too, to tackle the challenging event. In the Endurance category, participants usually bring their everyday cars and splash them with stickers to make them easily identifiable throughout the event. These machines go through very little or almost no modification.