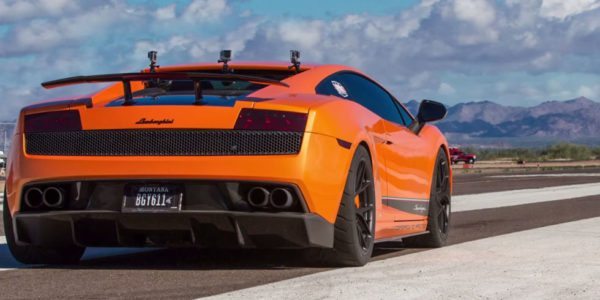 This Lamborghini Gallardo Superleggera might look stock, but it ain’t. Not because of those GoPro cameras stuck on the roof, but because of what’s powering it. This Lambo is one of those infamous twin-turbo Gallardos, this example produces 1250 horses! That astonishing figure is courtesy to the Underground Racing Stage 3 twin-turbo kit fitted to this Gallardo. That takes the standard car’s puny 562 horsepower up, to an astonishing 1250 rampaging turbocharged ponies. The race you are about to witness, pits this menacing orange bull against a reigning speed champ – the Bugatti Veyron. 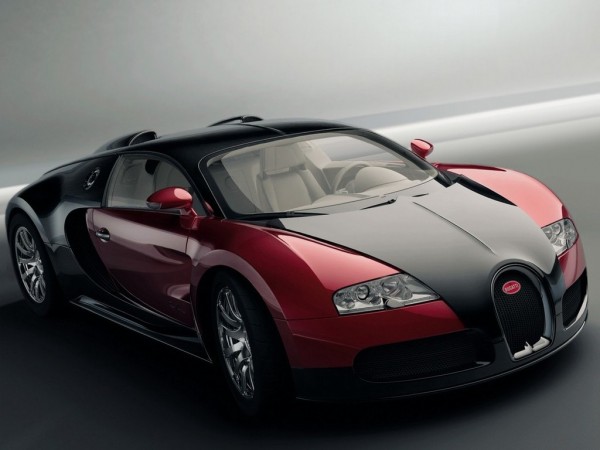 Bugatti Veyron – a masterpiece of aerodynamic design and a true ‘avantgarde’ of automotive technology.

The Bugatti Veyron famously produces 1001 horsepower out of its massive 8.0-litre quad turbocharged W16 engine. But, as this video proves, power-to-weight ratio plays a vital role in drag races as short as this one. Although the Bugatti produces a lot of horses, it also weighs as much as a small factory. And weight, as we know, is one of the key factors that decides the ultimate fate of a car in most races. Especially, a drag race. 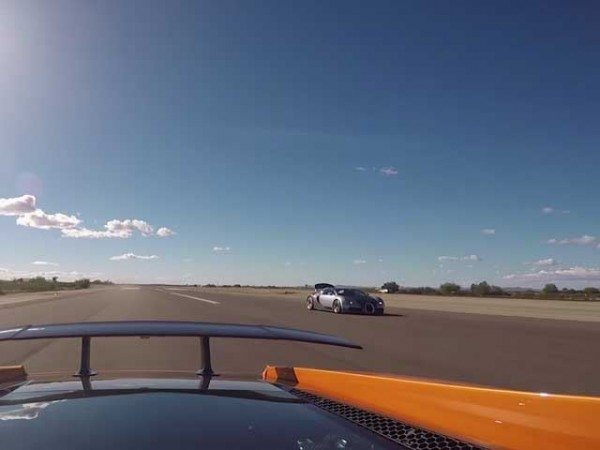 The manner in which this Lambo pulls away from that Veyron, will leave you dumbfounded!

We are sure that the legend would have caught up and eventually crept past this modified Gallardo post 400 km/h, as the Veyron has a higher top speed. Even after the power gain, the much smaller Gallardo can “only” do abysmal 374 km/h. But, for the Veyron to take advantage of its higher terminal velocity, this race would have had to last longer and the runway, even longer. Cutting the chase, this Bull literally humiliates the legend in its own game of top trumps. Hard to digest for killer Bugatti fans, but this stock Veyron stood no chance in hell when those monster turbos in the Gallardo spooled up. Watch the impressive showdown and let us know what you thought of this epic race!