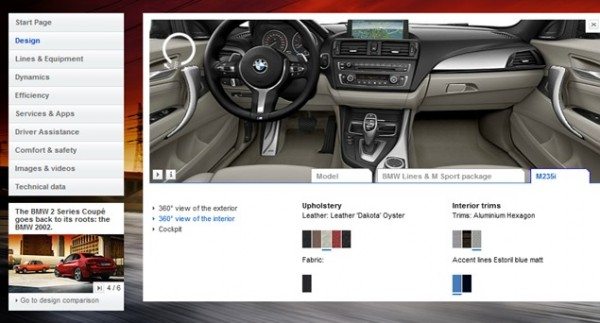 We reported in detail when the new 2014 BMW 2 Series coupe was officially unveiled earlier this week. Now, BMW has launched an online configurator for the new car. The new configurator allows all of us to play around with colors and various other options for car’s exterior and interior.

The new 1 Series Coupe replacement is basically a new body variant of the hatchback sibling and a much better looking sibling at that!

It is believed that the current models in the 2 Series Coupe line up will be joined by the M2 performance variant at a later stage. This variant will have a max power of close to 350bhp and could get added features and an all wheel drive.