The Bajaj Dominar 400 still retains the tag of being the most value-for-money performance motorcycle on sale in India. A great motorcycle to cover longer distances, the Dominar 400 can certainly do with a few more bits which make the ride even better.

Bajaj currently doesn’t have any ADV-tourer in its portfolio but if we think about it, the Dominar 400 can actually be utilized in carving an ADV-tourer out of it. Pune’s Autologue Design has developed a slap-on kit which helps the bike transform.

The body kit for the Dominar 400 transforms this naked sport-tourer into an ADV-tourer. One good look at the images and it is further established that the Dominar 400 can make an excellent adventure motorcycle. They have coined it as ‘Dominar Xplorer’ and the moniker itself resonates with the overall characteristics of the additions. The Dominar Xplorer kit can be bought from their website for INR 13,500. 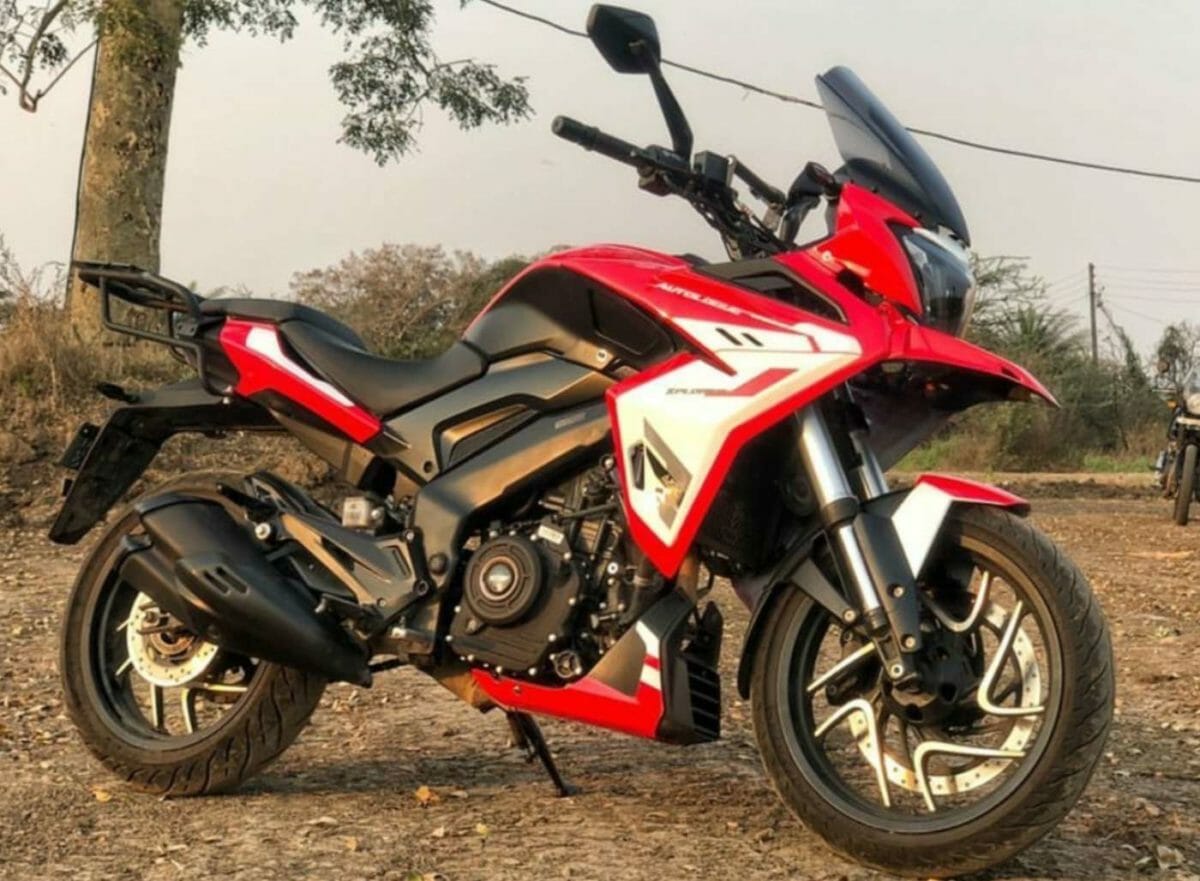 What does it include?

The beak-like front fender is a gentle nod to the intent of the motorcycle and screams ‘Adventure’! The front fairing too looks proportionate with the rest of the motorcycle and gels well with the muscular profile of the Dominar 400. Most of us have come across many examples which look out of place and forced. The Xplorer kit for the Dominar 400 isn’t one of them. It doesn’t actually feel like an aftermarket job at all. 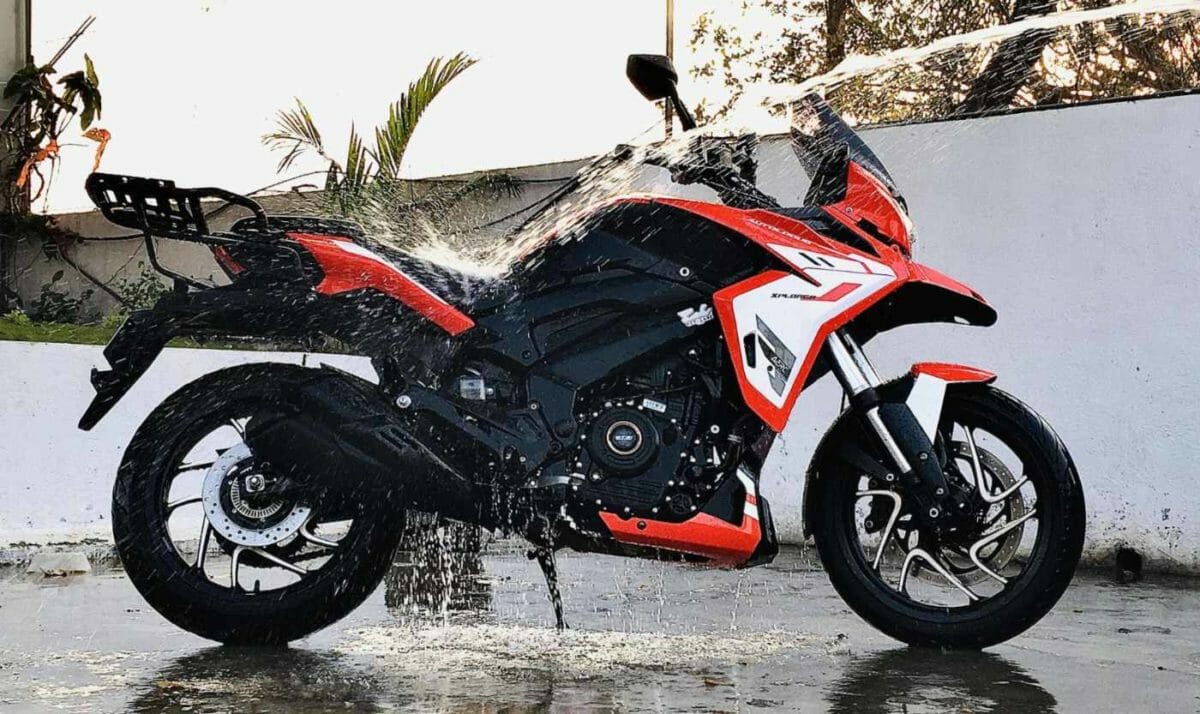 Also seen is the aftermarket windshield which further enhances the overall appeal of the motorcycle. The tall windscreen coupled with the fairing will provide the Dominar 400 with much-needed wind protection. Even at speeds up to 130-140 km/h, the engine of the Dominar 400 doesn’t feel stressed. It is the windblast that starts taking a toll on the rider after some time. The added wind protection will definitely help the rider in that regard. 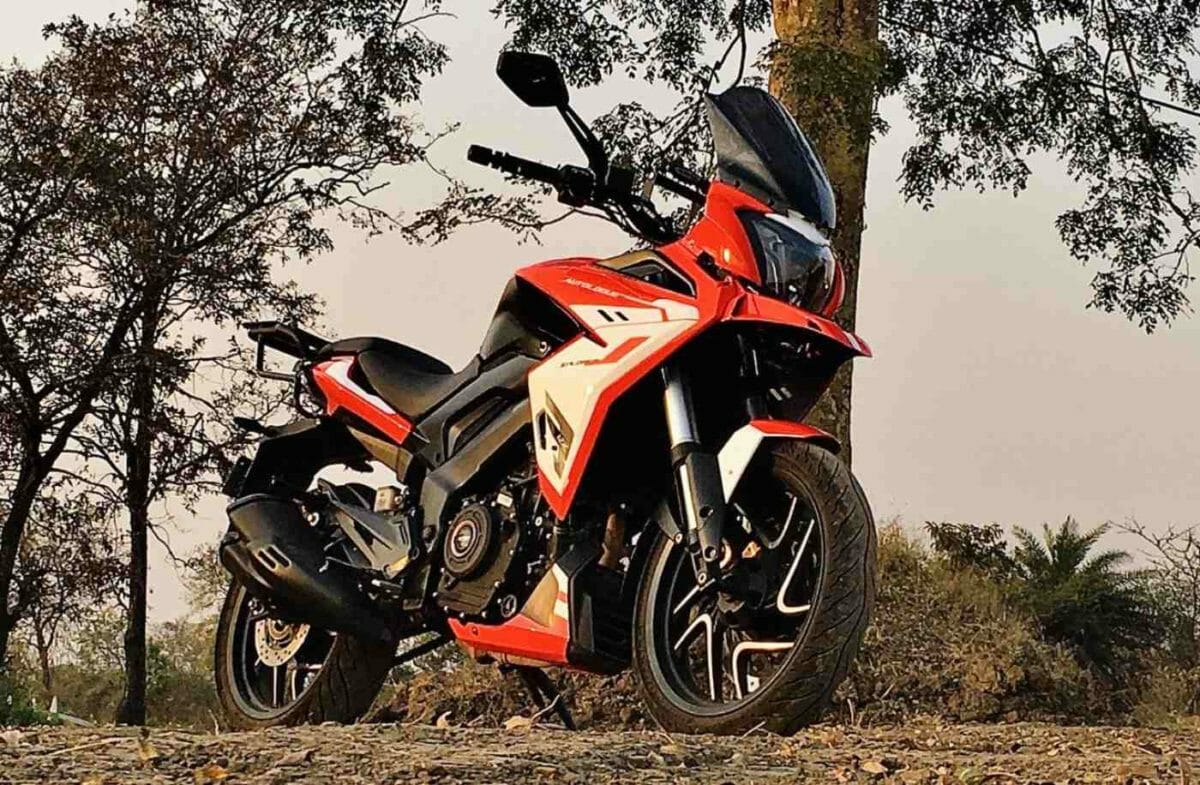 If you have ridden the Dominar, you would know that the riding ergonomics are comfortable even for long highway jaunts. Autologue design has also included handlebar raisers which further improve overall riding ergonomics. The stock Dominar 400, despite being tagged as ‘Power cruiser’ doesn’t come with luggage mounting options. Autologue Design has thrown in a luggage rack so if you’re planning a long weekend on your beloved steed, you won’t have to worry about luggage mounting points.

The mechanicals are exactly the same and that isn’t a bad thing at all because the stock Dominar 400 itself is a potent performer. Powering the motorcycle is the same 373cc, liquid-cooled, DOHC, single-cylinder engine that is good for 40HP of maximum power and peak torque of 35Nm. The engine remains mated to a 6-speed transmission, assisted with a slipper clutch. Other mechanical bits remain the same too, including the suspension setup.