The Bajaj Dominar, with its meaty engine, is a potent touring machine. However, given the fact that it can hold triple digit speeds for a long time and there’s no windscreen, wind blast is an issue. There are after-market solutions for that though, like these custom made Bajaj Dominar 400 accessories by Sahyadri Moto that bring out the tourer in it. 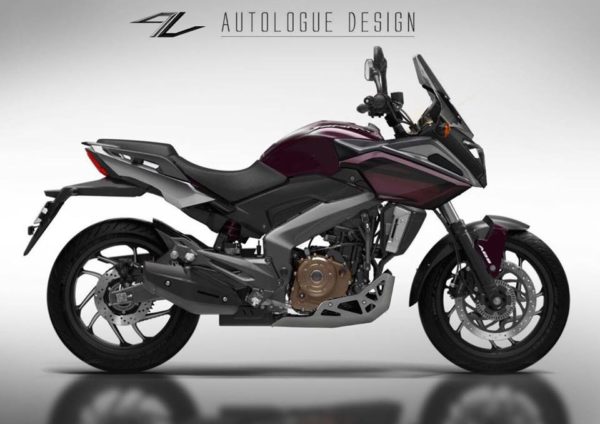 But if you want a full-blown, touring friendly body kit for the Dominar, we suggest you put your money down on one of these – the Dominar Tourex kit by Pune based Autologue Design. The Tourex kit adds a new, custom built quarter fairing with the original LED headlamp and a screen, a bash plate below the engine, bungee hooks, along with optional luggage accessories and auxiliary lights. 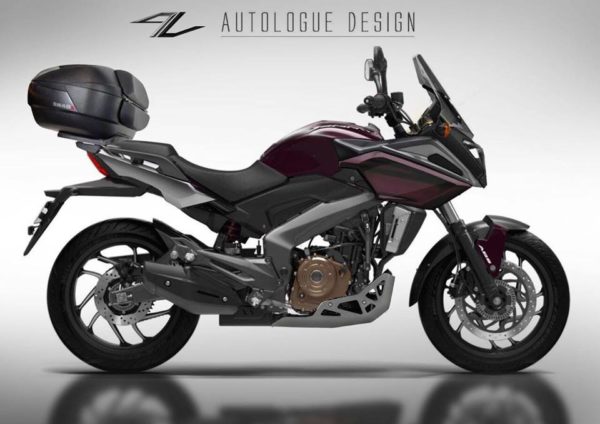 The quarter fairing will set you back by approximately INR 12,000, the bash plate by INR 4,000 and the bungee hooks by INR 2,000. The bags and lights will be fitted as per customer requirements. Work on the Dominar Tourex starts on 5th April 2017, with a customer giving Autologue Design his Dominar as a commissioned project.

Also Read – This Customized Bajaj Dominar 400 Is One Hell Of A Looker! 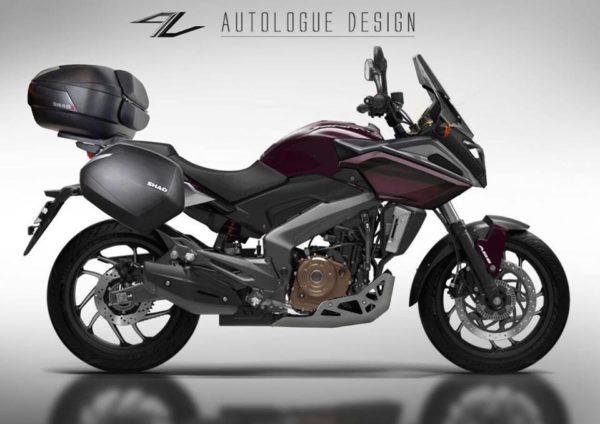 The rest of the motorcycle, including the fuel tank, frame, tires, wheels, suspension and brakes are all original Dominar gear. As for the engine, the Dominar Tourex will continue to be powered by the KTM dervied, 373.3 triple spark, 4-valve, DTS-i mill good for 35 PS of maximum power and 35 Nm of peak torque. Notable hardware include a slipper clutch, a fully digital instrument cluster, meaty front forks and twin-channel ABS.