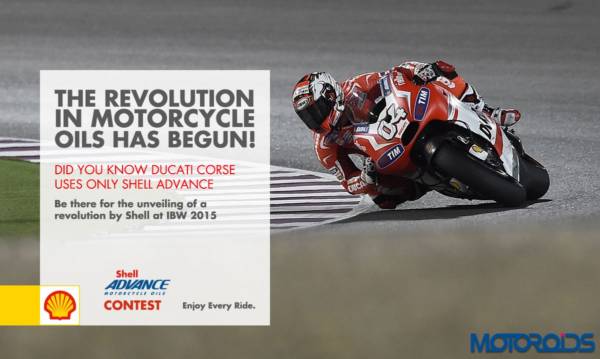 Shell India, the official Gold Sponsor for India’s premier biking event, the India Bike Week 2015 is giving away tickets to the biggest biking event in India. The global oil and lubricants major plans to unveil an advanced engine oil for bikes in India at the event. This breakthrough in motorcycle oils is a result of 40 years of intensive research done by Shell scientists across the world. Bikers traveling to India Bike Week will culminate to witness the unveiling of this revolutionary engine oil in Vagator, Goa, on February 20th and 21st, 2015. You can know more about the secret behind smooth bike journeys here. 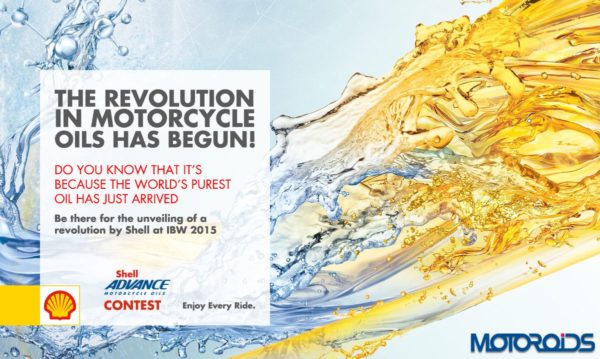 So hurry up. Like our Facebook page, and answer the simple question using the aforementioned hashtags in the post comments or in your tweets and win!

Don’t forget to go through the contest Terms & Conditions before you start.