Italian 2-wheeler manufacturer, Aprilia, recently teased its upcoming bike ahead of its launch at the EICMA (Esposizione Internazionale Ciclo Motociclo e Accessori) 2019, also known as the Milan Motorcycle Show. The bike that will be unveiled at this event is called the RS660 and it will be a part of Aprilia’s fully-faired bike range. The RS660 is expected to be designed just like the RSV4 but get a smaller 2-cylinder engine. Although the exact specifications haven’t been revealed yet, the bike is expected to produce around 100 PS of power and be equipped with the latest and most advanced electronic systems. Have a look at the teaser image here: 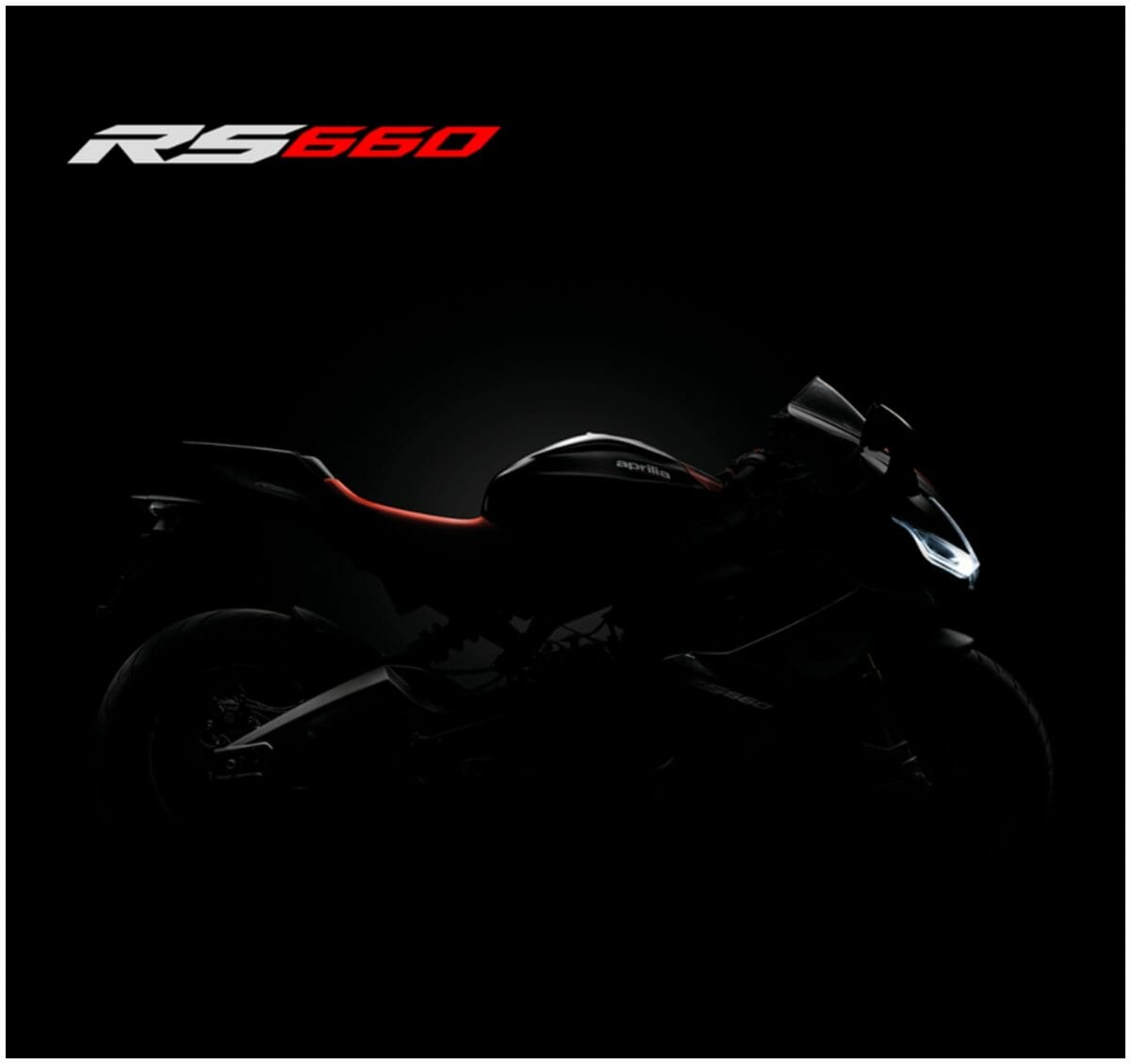 The Aprilia RS660 was originally previewed as a concept at the EICMA last year and since then, all bike enthusiasts have been waiting for this middleweight bike to launch. The engine of this bike is expected to be derived from the RSV4’s 4-cylinder, 1100cc unit, but to keep the bike slim, the engine of the RS660 will have to make do with 2-cylinders and still produce more than 100 PS of power. The bike is also expected to get a 6-speed gearbox with slipper clutch, ride-by-wire and many other advanced features. With a smaller 660cc engine, the bike is sure to be well-refined in terms of performance, making it one of the most anticipated Aprilia bikes. However, don’t expect this bike to be priced competitively, as it will likely take on the Yamaha R6 in the 600cc superbike segment and will be priced much higher than its segment rivals.

Also Read: The Aprilia RS 660 Is One Concept Bike That You Want on the Road

In other news, Aprilia and Vespa have announced festive offers on their range of two-wheelers. Customers can avail this offer from August to October and earn benefits worth INR 10,000 on both the brands. Under the ‘Funtabulous Offer’, customers can also enjoy a five-year free warranty that includes 2 years of comprehensive warranty and 3 years of extended warranty. Apart from that, Aprilia recently launched its Ntorq rival, called the Storm 125. This new 125cc scooter is available in 2 paint schemes: Matte Yellow and Matte Red. The Aprilia Storm 125 has been priced at INR 65,000 (ex-showroom, India) and will be available across all Vespa and Aprilia showrooms across India.

Aprilia
,
Aprilia RS660
,
Motoroids Comments
Facebook Comments
Leave a Reply Cancel reply
Popular Stories
This Digital Render Of Tata Motors’ Premium Sedan Is Full Of Sharp Imagina...
Hyundai Creta 7-Seater Version: What Could It Be Like?...
Five Most Affordable Automatic Hatchbacks in India...
All The Cars You Can Buy With A Factory-Fitted CNG Kit...
Royal Enfield Bullet 350 BS6 Launched...