The Nurburgring has been nicknamed as the Green Hell as the track has a elevation change of 1000 feet from its lowest and highest point. The track has been the ultimate testing ground for many car manufacturers and some even have set up performance centres around the track. 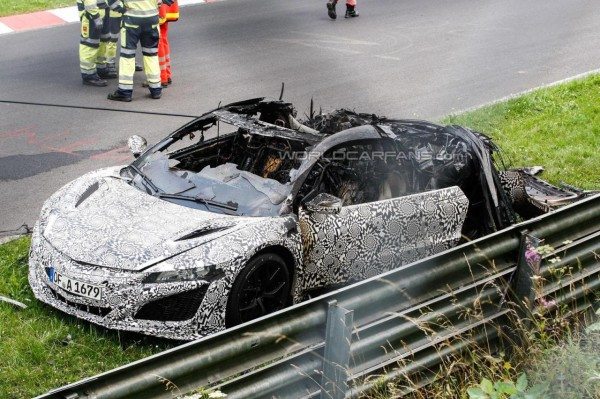 The 2015 Acura NSX recently commenced testing at the Nurburgring, and today a prototype has been already destroyed by fire. Details on the exact cause of fire aren’t known yet. The car was on its usual test run when when witnesses started to see flames coming out of the rear end. The test driver eventually pulled over at the Pflanzgarten and escaped without injury. The fire quickly spread and engulfed the whole car making it a total loss. 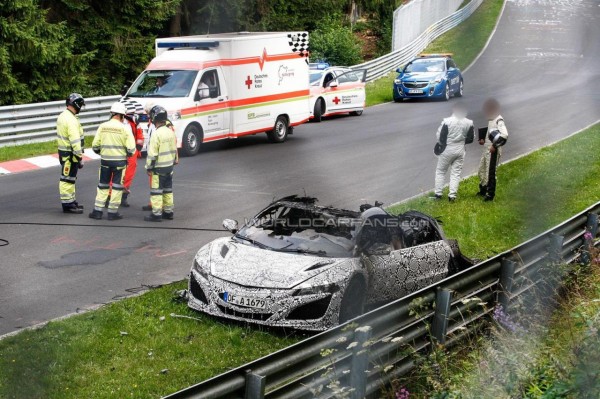 The 2015 Acura NSX will be built at Acura’s Performance Manufacturing Center in Ohio and will be powered by a 3.7 liter V6 mill which will work in tandem with three electric motors. Two electric motors will power the front wheels while the third will be integrated into the dual clutch tyranny. In combination with the electric motors, the total output is said to be above 500 bhp.

We await more details on the exact cause of fire and will update you the same.