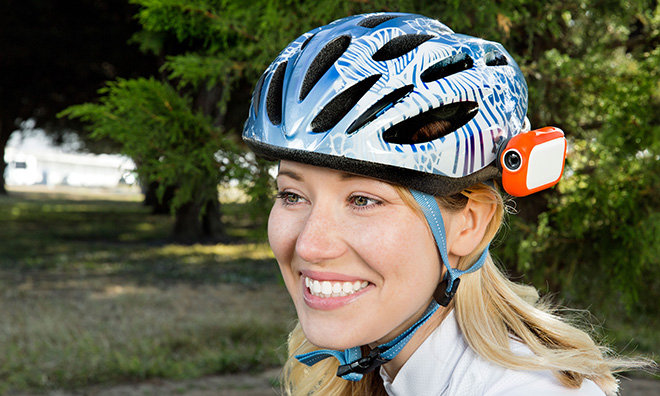 Love taking videos but don’t have the knowhow or the time and patience to sit down and edit them? Fret not, the new Graava action camera will not only shoot videos but even edit them for you.

If you are skeptical about ditching your trusty GoPro or Contour for this virtually unheard-of entrant, you would not be the only one. Graava is an American startup founded just last year by Brazilian entrepreneur Bruno Gregory, with design input from Max Burton and his team at Matter Design, Marcelo DoRio and Marcio Saito. The company has funding from angel investors, but it hasn’t said who they are.

Their first product is a result of the belief that people shoot millions of hours of amateur video footage every day, but only a small percentage of it is ever edited because the average person doesn’t have the time or tools to do so.

Looks wise, the camera has a rectangular shape akin to some Sonys and Contours. It tracks things like motion, sound, and position with five sensors—a camera, microphone, accelerometer, GPS, and optional user-worn heart rate monitor. Depending on the memory and resolution, it can store between two and three hours of footage.

Once you are done with your adventures, you place the Graava on a charging mat, where the camera then automatically syncs with Wi-Fi and then the magic happens. By combining data from its sensors, the camera takes the most fast-moving, heart-pounding moments of your footage and edits them together. It sorts excitement based on the user’s heart rate, when a big object moved through the frame of the video, or if there was a loud noise. The camera is smart enough to figure out the best use of the videos as well. It can, for instance, create a 6-second video that is appropriate for use on the Vine social network, or a 15-second video for Instagram.

In terms of specs, the Graava doesn’t exactly come with the most high-end hardware, especially ones that we are seeing now from the more established manufacturers. It records high-resolution stabilized video at either 1080p/30fps or 720p/60fps, which the company says is the ideal resolution for maximum running time and memory storage. It can also capture still images and hyperlapses at an 8 MP resolution. It comes with a wide 130-degree angle-of-view lens ready for you to start capturing memories.

Graava cameras can be preordered now for $249 with an estimated shipping date in early 2016. The camera will retail for $399 when it is fully available to the public.

Check out the promo video below: