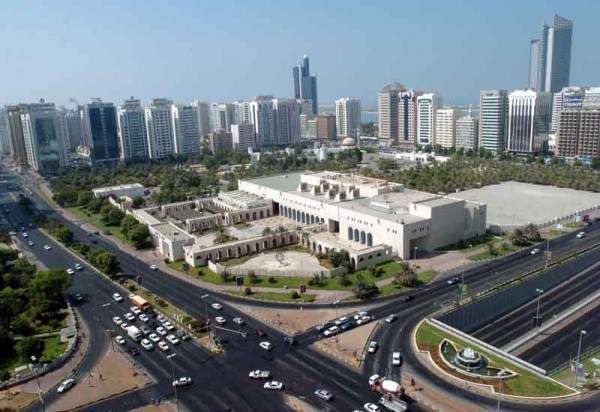 Belong to the ‘elite few’? Have a car worth GDP of some little known island countries? Then get ready to be treated to the upcoming Gold Class lane on the road that runs between Dubai and Abu Dhabi!

The upcoming exclusive members-only car lane will come into service next year and would become yet another example of blatant display of wealth. Those interested can subscribe to the upcoming Gold Class lane for a monthly fee, which would entitle the drivers to a set of ‘extras’. These would include an extra 10kmph top speed limit, gold painted tarmac (!!) and discounts at various service stations. The Gold Class lane would also be 50 cms wider than the regular lanes. The surprises don’t end here as the the boundaries of the Golden Class lane would be marked by a red velvet rope running along it.

Commenting on the upcoming service, prokect spokesperson Tarek O’Dawd said,”We live in a society where luxury lovers can enjoy exclusive access to special areas in the nightclub, metro and supermarket. Given our deep love of cars and driving, it seems ridiculous that we hadn’t yet brought this service to the road.”

While the subscription fee for the Gold Class lane is yet to be disclosed, it is being said that it would be “disruptively high” to prevent too many people from availing this service.

“We want our VIP users to be able to enjoy privileges befitting of people of their elite status. The Gold Class lane will offer them the world’s most lavish drive, be it to work, the beach club or the nine-star underwater shopping mall.”

While money is a pre-requisite to avail this service, one also needs to have a high end car to become eligible. The list of all the cars that will be allowed to be driven in the Gold Class lane will be released soon.

“And we’ll be installing manned vehicles along the route – almost like club bouncers – to ensure someone in a dusty Lancer or Corolla doesn’t try to take advantage of the lane and ruin the experience for our members,” says O’Dowd.

The response to the upcoming project has so far been positive. “I’ve often thought that it just felt somewhat wrong to be sharing a lane with much cheaper cars,” said Ferrari owner Feras Mettle. “I look forward to using Gold Class and ensuring my fellow users are similarly high net worth individuals.”

Aston Martin driver Clive Dumbridge, however, has a different view point and says there should be a two-tier approach to the upcoming luxury service.

“It just concerns me that they might be putting, say, a Corvette in the same category as my vastly more expensive vehicle. Perhaps there should be a VVIP or Platinum Class lane as well,” he said.

In spite of all these questions and doubts, O’Dowd feels that the Gold Class lane would become a success.

“We’re also looking at separating the lane from the others via a 20cm wide pane of glass and using genuine flakes of 20-carat gold in the paint, just for that added touch of luxury.”

What do you feel about this proposal for unashamed display of wealth? Do you approve of it? Do let us know by commenting below.