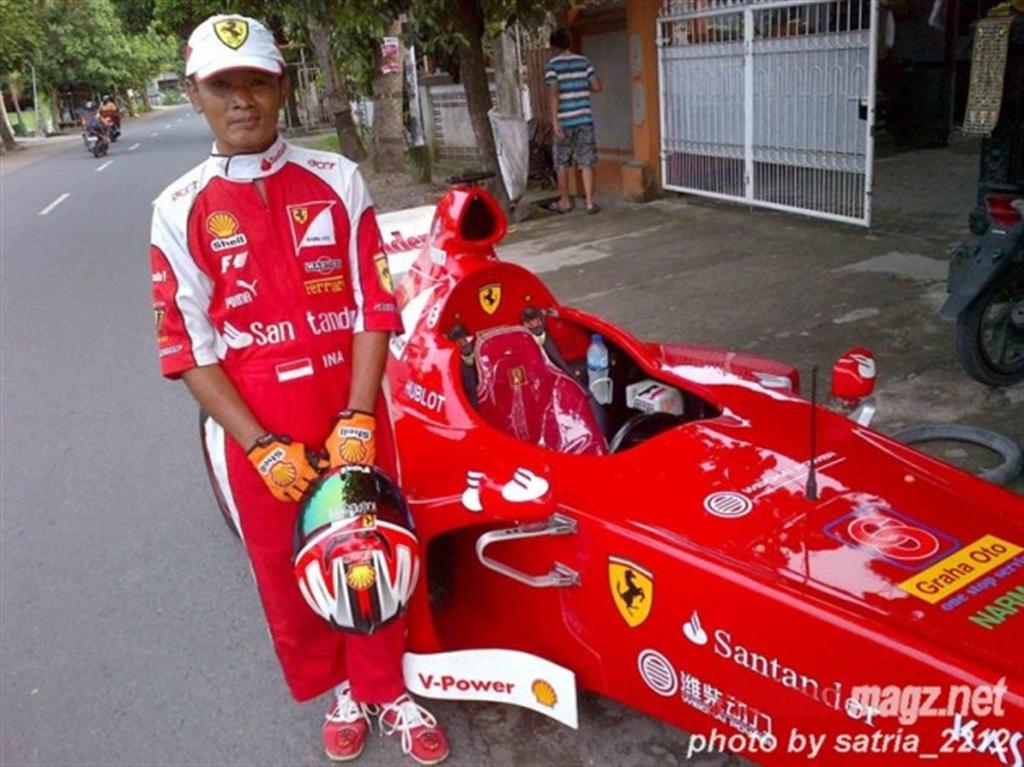 Lombok Islands in Indonesia might not be a known landmark on the world map and certainly not for automobile prominence. But motorheads and their passion for automobiles know no geographical boundaries. Meet Abdul Latif- a workshop owner who fused his craze for Formula 1 with loads of effort and sweat to create his own Scuderia Ferrari F1 replica from scratch. 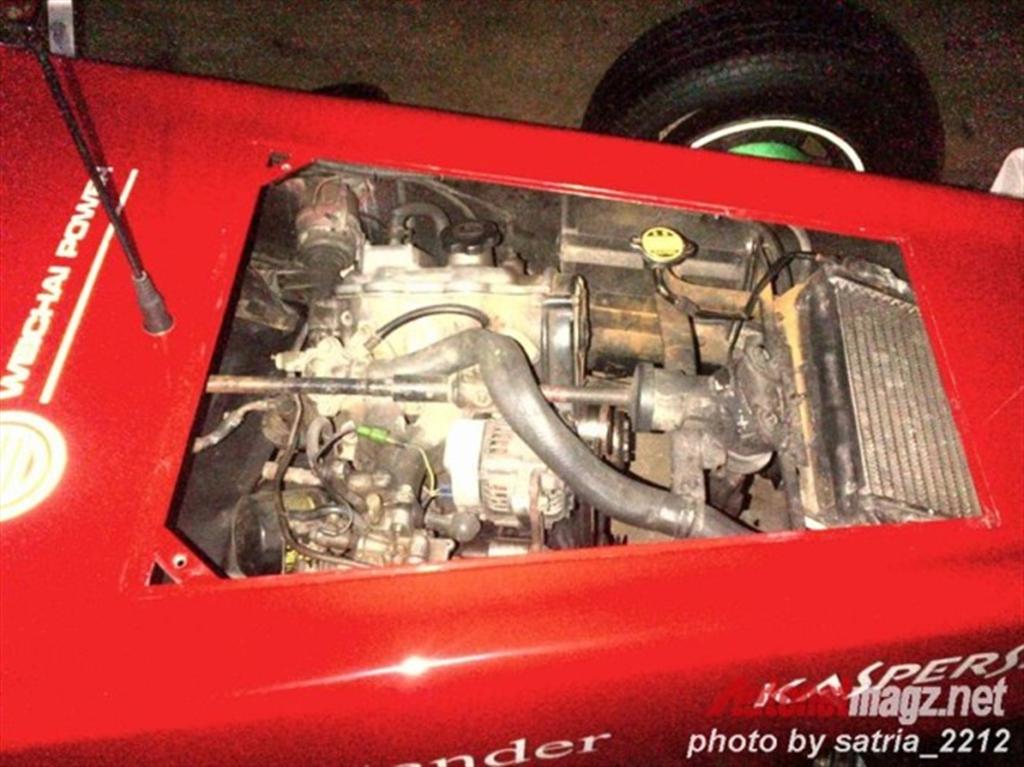 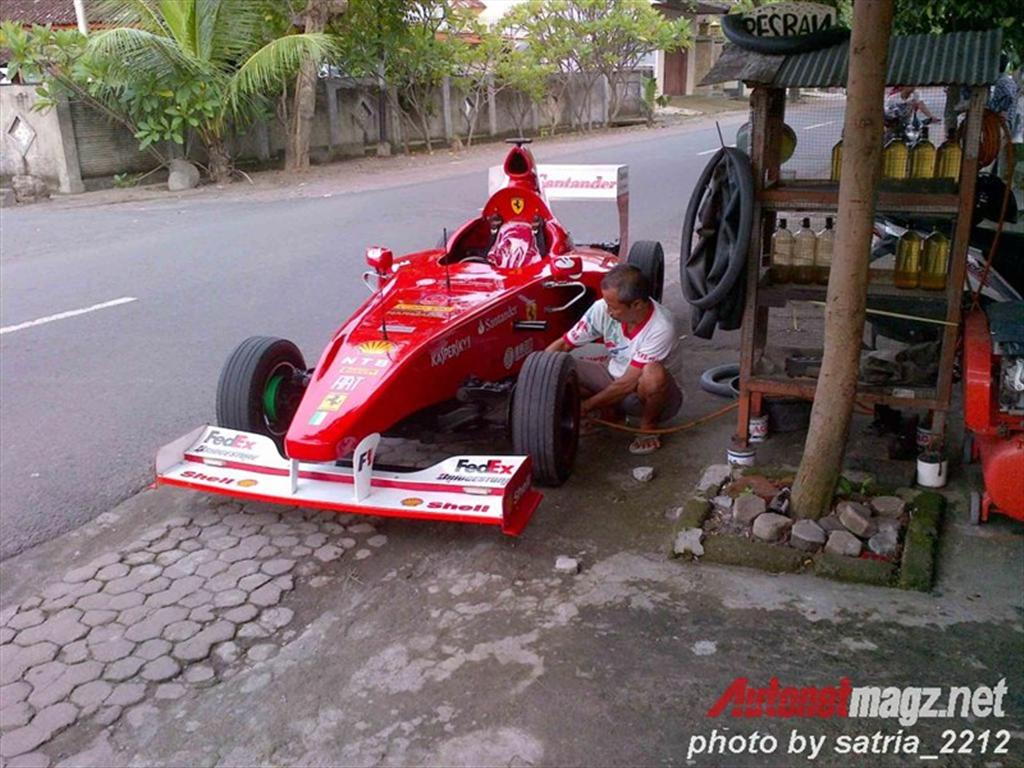 The components used for the replica are indeed surprising. Latif used a 1980 Daihatsu 550cc Hijet engine to power his creation. The chassis, wheels, shockers and even the tyres are from the same car, which amply indicates the modification toiling Latif would have put in. He constructed the body shell from fibre glass and tried to get the shade as close to the scarlet red F1 car. The custom stickers and sponsor logos shows Latif’s eye for detail and indeed warms one’s heart. 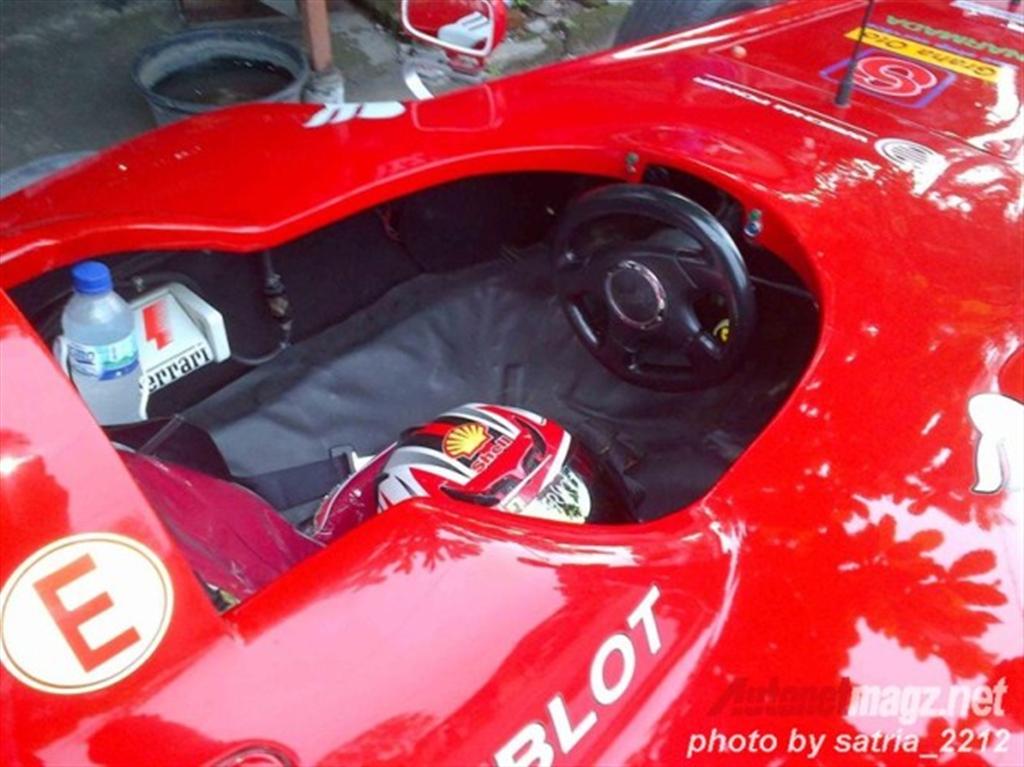 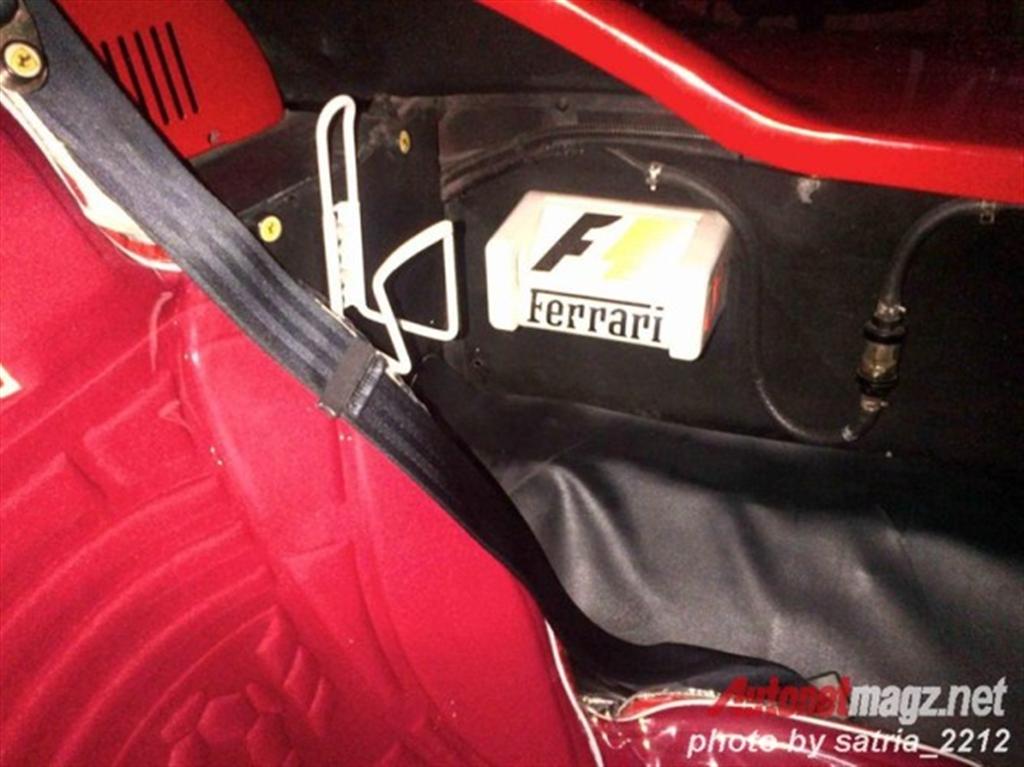 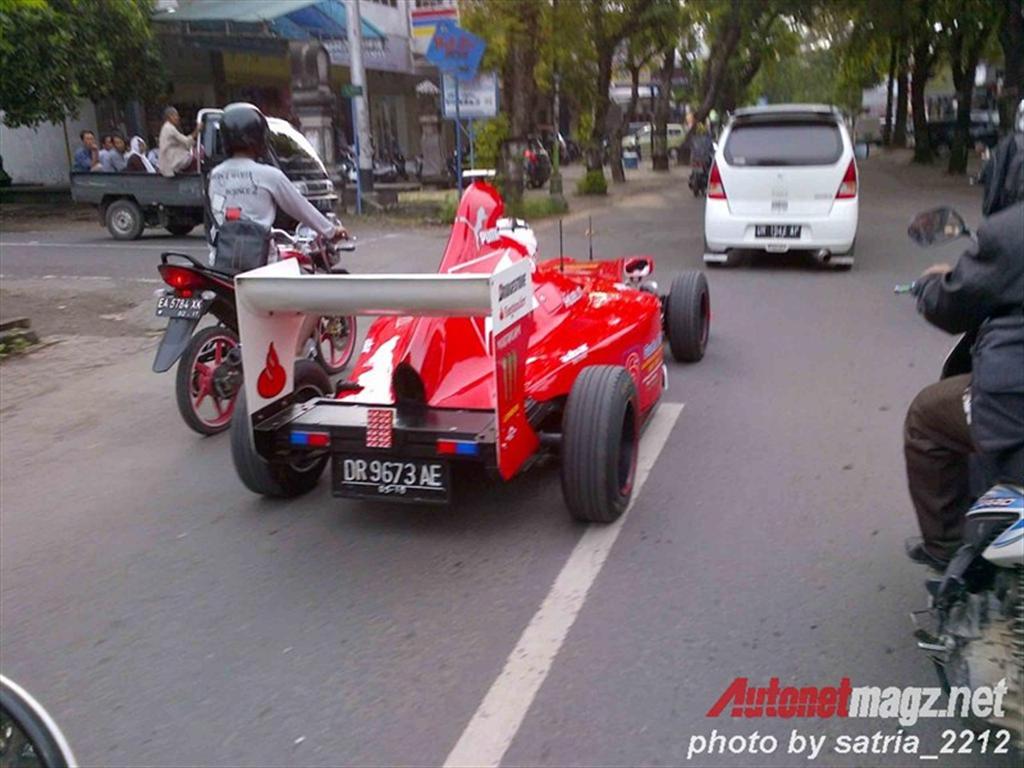 And though the Daihatsu’s minuscule engine won’t give you the G-force kick on the move, but Latif hasn’t shied away from putting in bucket seats with racing belts. He has even fixed a medical and tool box inside the cockpit. To make the replica a legal road going car, Latif has fixed daylight running LEDs at the front and the F1 type rear LED unit as a tail light. The fuel tank as in the case of an actual F1 car is located behind the driver’s headrest. 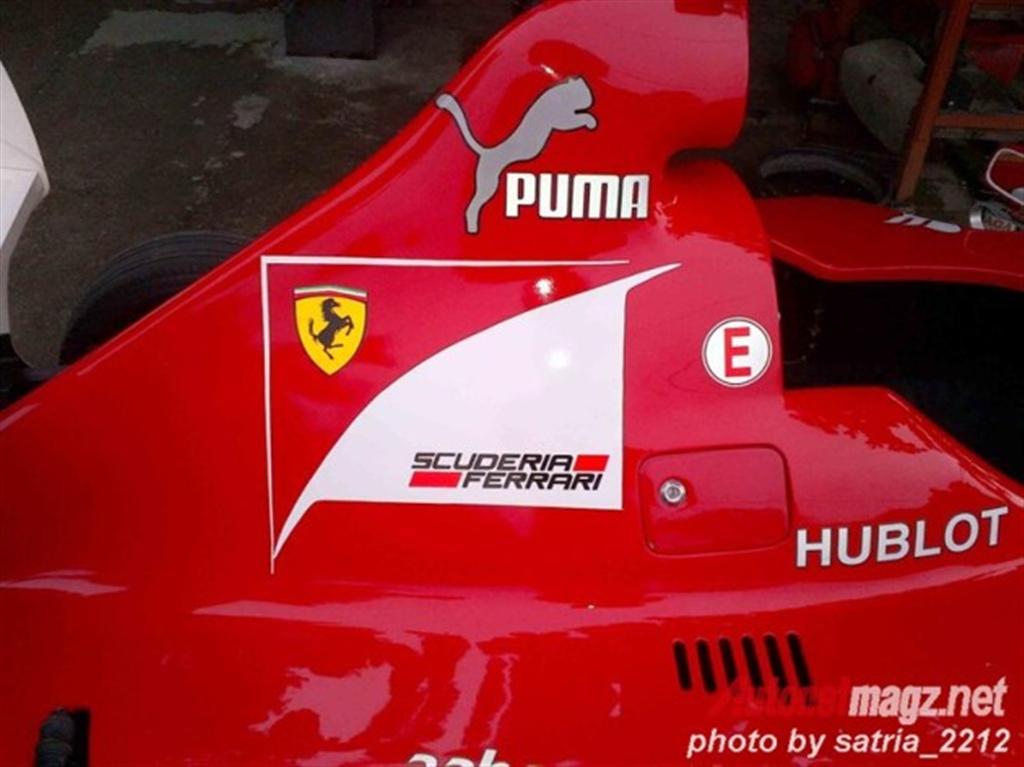 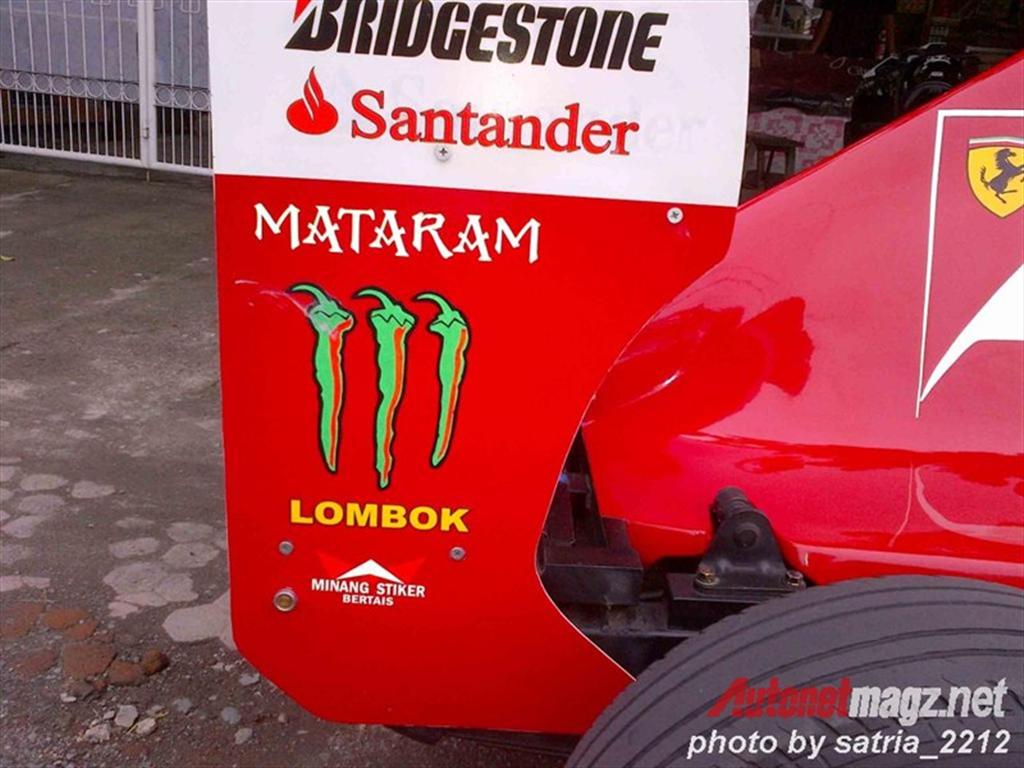 The most difficult part for Latif was to source the required parts and with the geographical limitation, he had no option but to fabricate them in his own workshop. And all this was done in a limited budget of US$ 4000. It’s said that the value of your possession is defined by the efforts you put in and Latif’s Ferrari F1 replica is heads above the money involved. He is planning to build a larger replica that would scale similar dimensions with an actual F1 car. Our best wishes are with you Latif!