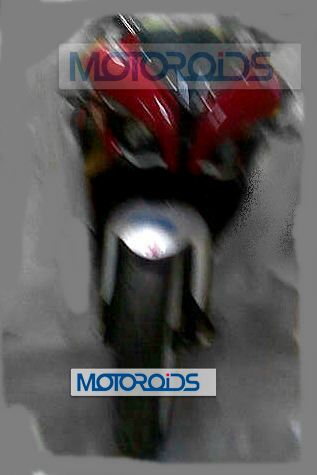 We now have with us an exclusive spy image of the upcoming Pulsar 375. Only yesterday we brought to you what was allegedly the first full picture of the new Pulsar 375, and today we have this – an uncamouflaged (if a little blurred) front end shot of the bike. No new revelations here, except that the Pulsar will be available in a Red-Silver combo for sure.

The story thus far suggests that the Pulsar 375 will come with a brand new full fairing with twin projector headlamps and a whole plethora of other brand new bits, except the engine, which will share some components with the crazy revving KTM 390. Bajaj would most definitely try to sober down the mad KTM 390 by introducing some low and mid range grunt to the peaky donor engine. The Indian bike maker may put its patented Triple Spark and Exhaus-Tec technologies to good use to facilitate that. The aforementioned changes would work towards making the Pulsar 375 a more practical, usable and frugal motorcycle so that it appeals to a wider range of motorcycle aficionados. 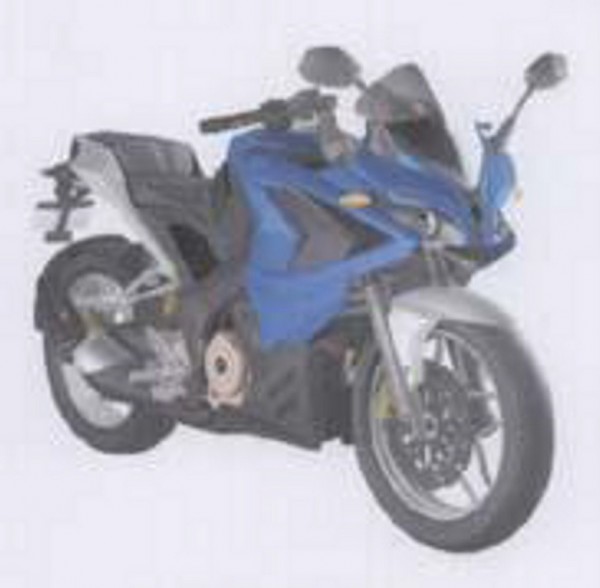 In addition to the technical changes, Bajaj is also sure to introduce some additional features on the bike. The Indian bike maker has always been very liberal with adorning its products with ample bells and whistles, and it could be safely assumed that the Pulsar 375 wouldn’t be any different. We wouldn’t be called too optimistic if we see ABS getting featured as an option on this one – we have spotted what seems to be the ABS ring on the alleged official image.

With the Pulsar 200NS, Bajaj refrained from implementing fuel injection on the bike. It would be interesting to see whether they go the 200NS way with this one or go with a proper FI. They have had issues with sorting the FI for the 220 in the past, but skipping the tech on such a big bike will have big implications on throttle response and efficiency too, to some extent. A carbureted set-up, however will save them some cost, and allow them to offer the bike at an even more aggressive price.

The new Pulsar will dump the 390’s upside down forks in favor of cost saving. If the alleged official image of the bike is correct, then the Pulsar will feature a step seat (R15 style) which wouldn’t be very pillion friendly. There will clip-ons, disc brakes at both ends and an all new information rich instrument cluster. Expect solid, usable performance from this one with linear acceleration and a very user friendly stance. 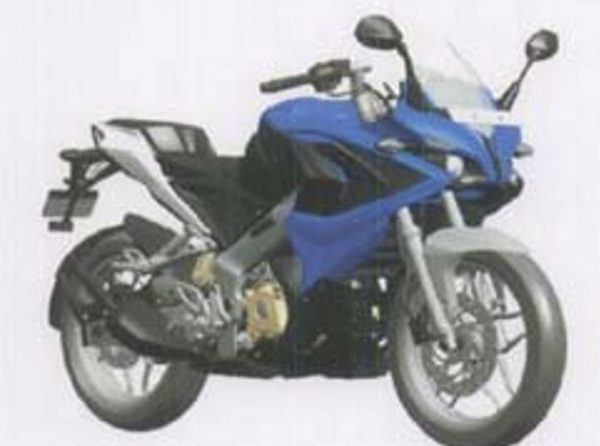 The list of features which we could make out from the spy pics we posted earlier are mentioned below:

Almost negligible official information is available about the new Pulsare 375 as of now, and that includes price. However, keeping in mind the KTM Duke 200 – Pulsar 200NS, we would like to think that the new Pulsar would be priced significantly lower than the KTM 390. We would also like to think that Bajaj would initially price the 375 in the sub 1.5 lakh region. If they manage to keep the price to a level where the OTR tag doesn’t breach the 1.5 lakh mark, we think they’ll have sensation at hand.

With the alleged official image breaking cover, quite a lot seems to have been revealed. It wouldn’t be long before the Pulsar 375 is dissected completely. And we at Motoroids will be at the forefront of the exercise – that’s our promise to you.

Stay tuned! And do let us know all your thoughts on the new bike.