Japanese motorcycle manufacturer Yamaha is doing its part to give upcoming designers a chance to present their designs. Yamaha Motor Japan, together with Yamaha Corporation, has announced the launch of their Graphic Design Award by Yamaha (GDAY) competition. This is a new international design award which invites innovative graphic communication ideas from both established and emerging visual communication designers or design collectives from across the world.

The original concept of GDAY evolved from Graphic Grand Prix by Yamaha, a design award that both Yamaha Motor and Yamaha Corporation organized in 2012 and 2013, showcasing a wide range of graphic design from multi-various designers and design disciplines. GDAY seeks to build on this success to create deeper connections with the world through a more direct competition approach. 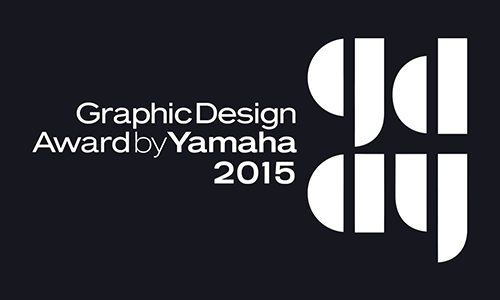 The winner of the GDAY award will take home the Grand Prix of USD 10,000, and also have the opportunity to showcase their work as part of Yamaha Motor and Yamaha Corporation’s global communication activities.

The theme for the GDAY award comes from the Japanese word and philosophy, “KANDO”, which means “for the heart” or “to be deeply moved”. The philosophy of ‘Kando’ sits at the core of both Yamaha brands. The GDAY Award hopes to seek out new graphic ideas that will become part of a wider universal language the corporations can share.

Neville Brody, a global authority in the fields of art direction, graphic design and typography, is invited as a chair of the jury. The judging process will also include a round of social voting to offer everyone an opportunity to be part of the award and encourage the widest possible audience participation with the award and the world of graphic design.

The official website for applying to the contest is www.graphic-day.com.