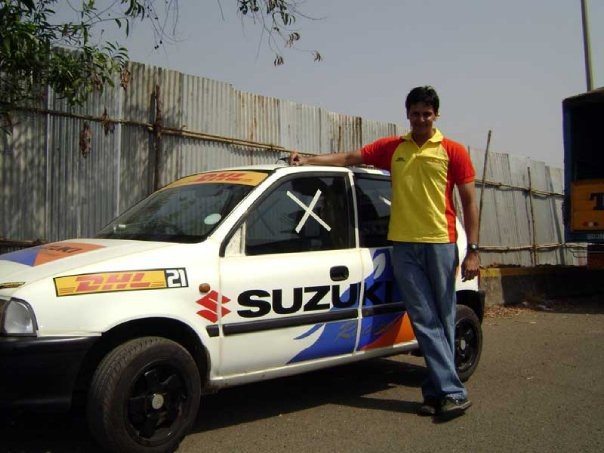 After disclosing his long term affair with the 1.5 Getz CRDi to us, Anand Krishnan this time tells us the story of his tuned 100bhp Zen

If only getting a hot ride was as easy as winning a couple of races in NFS Pro Street with a handful of free upgrades to boot. Be it the television series from the mid 80’s “Knight Rider” or some of the best car chases witnessed in Hollywood flicks “The Italian Job”, I could have never felt going faster than I could imagine. Till then I had to rest my case with console racing games to boost my ego.

The Indian Auto scene has been steadily exploding with a plethora of choices from both 4 and 2 wheeler manufacturers. Same was not the case circa 2002 when the introduction of stricter emission norms gave way to the precisely developed MPFI technology thereby causing a slow death to the carburetted gems. While the racing fraternity continued to rely on old school tuning techniques the carb way, manufacturers complied with the law.

The mass produced Marutis, Hyundais, Tatas, Hindustans and Hondas had to follow suit when it came to manufacturing petrol engines. To be honest in those years fuel cost was a dime compared to their index today. Neither was the real income in my hand too great to pamper myself with an expensive car.

Being my first car from my own money, I decided to start small. Small in those years were the Hyundai – Santro, Maruti – 800, Zen and Alto, Tata – Indica.

I could still not get over the absurd shape of the Santro no matter what their tall claims of ingress and egress were. The 800 despite so many upgrades and modifications was still an old tooth. The Alto was trying hard to look refreshing but I just found it too boxy. The Indica to me still had the appeal of an agrarian tractor. The only choice I had was the jelly bean looking Zen which was still considered very youthful and cute.

The G10B engine was already popular in the race tracks down South India with some of them producing well over 100 HP as against the stock puny 60 HP. That supported by a Monocoque chassis, a mere kerb weight of about 760 Kgs, short wheel base, hard suspension, slick tyres, roll cage and some good amount of metal replaced with fibre to shed weight made it a delight to flick.

What about my car? How do I set the traffic lights on fire against the Esteem, Opel, Ascent, Escort, City and Lancer keeping their nose ahead all the time? Although the Zen had the advantage in weight, it still lacked both top speed and acceleration.

Here I was hitting crazy lap times on console games in a spruced up Porche Boxter graced with racing decals and a menacing paint job while in reality was my Zen taking ages to hit a ton!

Frustration personified. Something I lived with for quite some time.

They say necessity is the mother of invention. I just took ideas from the games I played and wondered what if they could be applied to the real world too? There was nothing that I invented but by good grace I discovered options that were not exactly cheap but certainly rewarding enough to plaster a smile every time I took her for a spin.

I also realized that just upgrades don’t make you go faster, one needs to drive fast too. Over the years I spent enough time to better my skills over the art of cutting lanes, making emergency stops, manoeuvring in tight spaces, reversing at speeds without a sweat. I realized I just got better and fortunately never had a traffic challan or an accident.

I finally made progressive moves to convert my poodle into a retriever. I started off with the most basic mod that every novice would aspire for; ram air intake systems with iridium plugs.  Over about 2 years I finally managed to do the works on the little engine and she screamed performance in every rpm band she possibly could.

Oh by the way ZEN stands for “Zero Engine Noise” and in Japanese it means “Complete”.

I wonder how much of that hold true to my car now!

The result of the above is about 100 HP on the Dyno tested.

She has never been to the track but runs on the express way and deserted city streets late night have been testimony to her prowess against some capable stock expensive sedans which have to break into a sweat.

With a lot more weight that could be shaved off in terms of spare tyre, mats and floor carpet, insulation material, seats, door trims, sun shades, fibre hood and boot, ac and associated components pulled out this car is one fast naturally aspirated monster ready to take a drag race.

There is nothing unique about my car, there are many in the country that have done these and more. By today’s standards these Zens are still very quick but there are more comfortable, powerful and affordable hatches that are now available in the market.

I love my car because she has tremendous novelty value after all the changes she has been through and can still be the drag king between traffic lights.
I someday wish to do the Golden Quad in this car and create a record in its class.

Until then she patrols the night with a roaring exhaust and returns the favour every time I step on the gas.
Drive Safe!