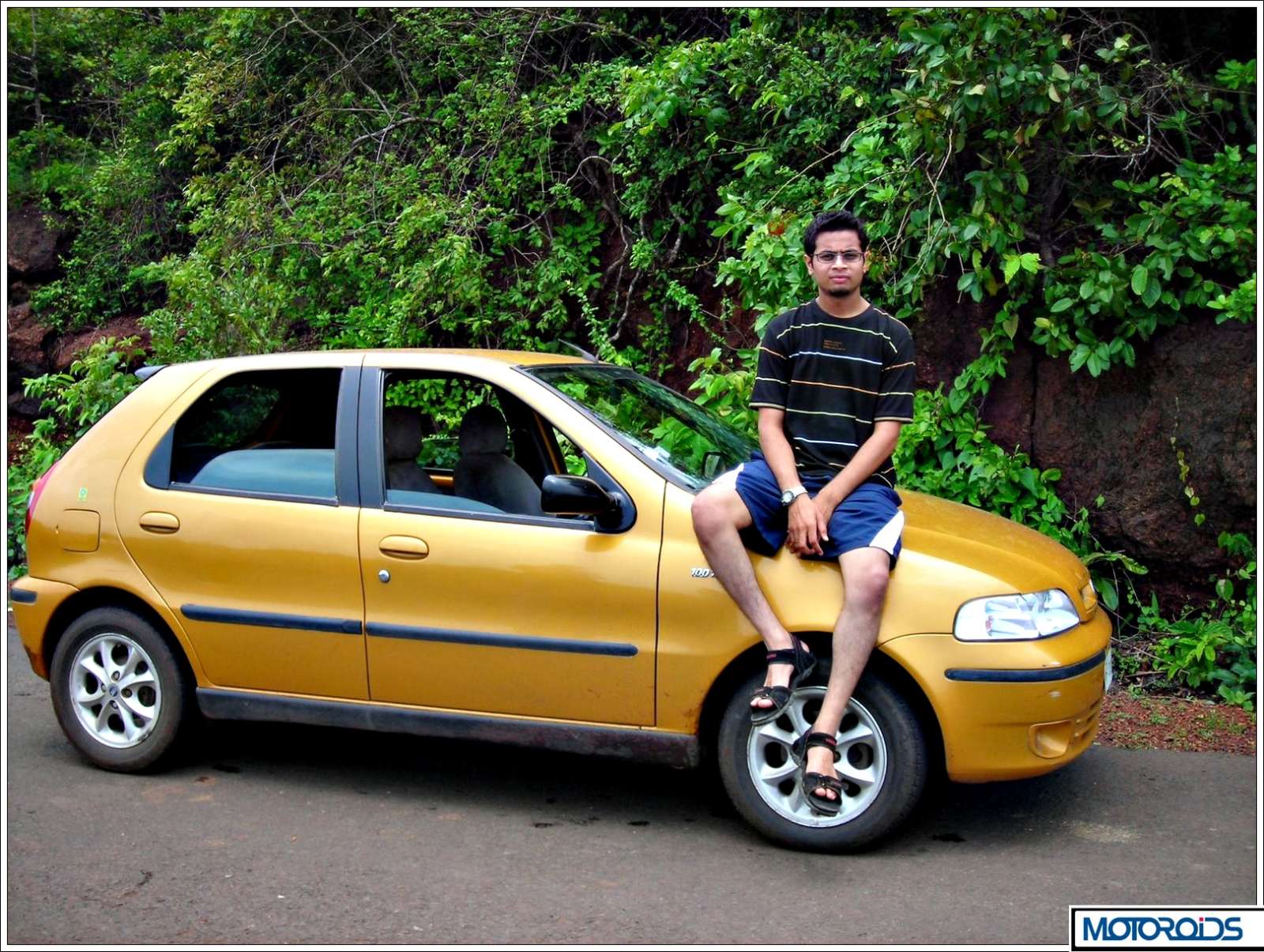 The year 2007 was when my tryst with this brand was revisited in the form of my first `used` car, the Fiat Palio 1.6 GTX. Going back in time, circa 1982 was when it all started with a `family` car, the Premier Padmini, aka Fiat.

Little did anyone in the family imagine that this car would be driven to Kashmir as well as Kerala and later (1988-1990) transformed in to a beast that won multiple MASA rallies in India. Not only was it more like a family member but also underwent modifications that were unheard of like Crank Nitriding, 3-2-1 Free Flow exhaust, Twin Carburetors, Roll Cage etc. Externally though, this was still the average looking Fiat to the less discerning. Finally scrapped in 2005, it was hard to replace the brand image that it had imprinted on us. What can replace a Fiat? No prizes for guessing! 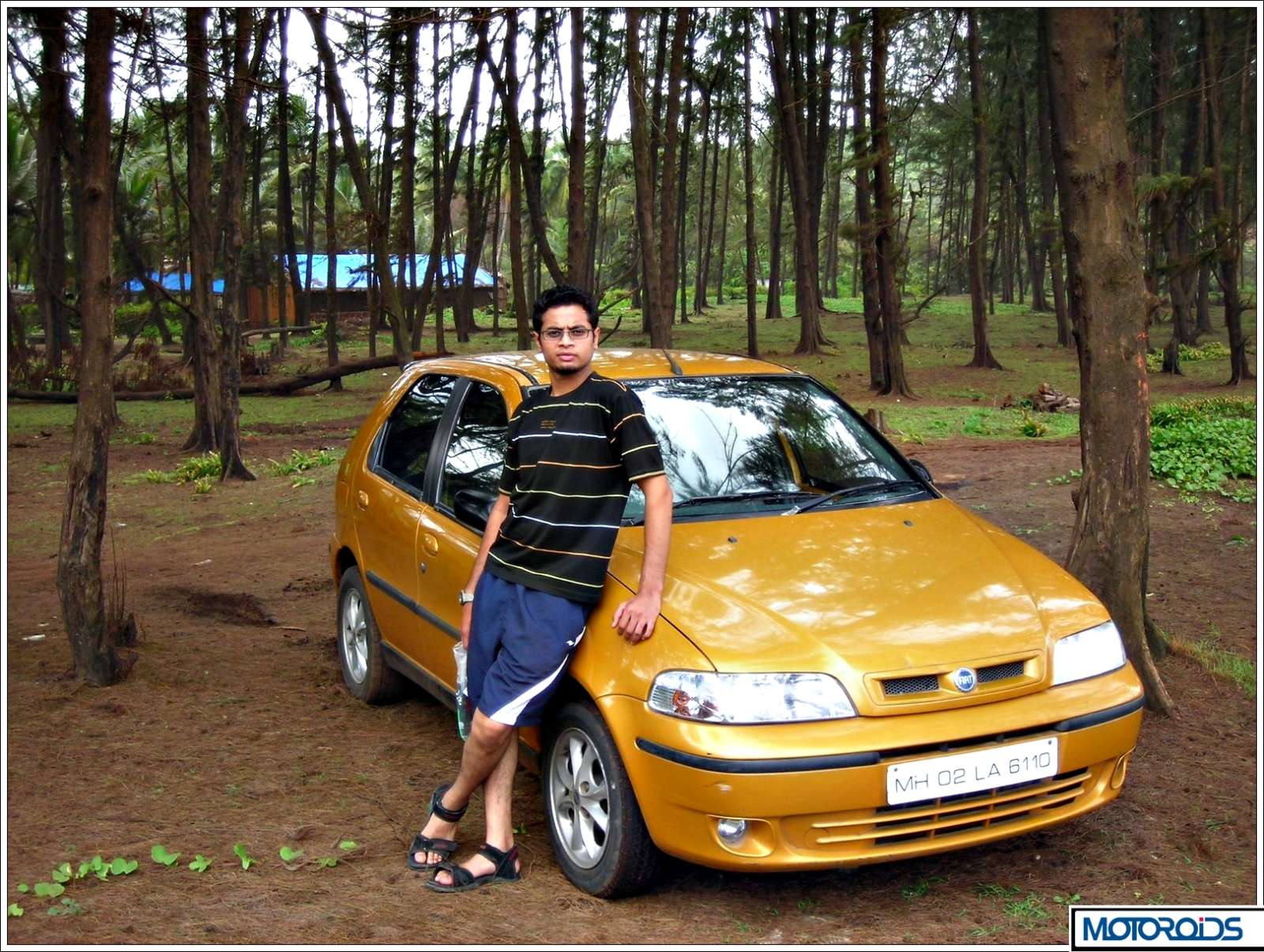 Fast forward 25 years, while I was hunting for my own car, drooling over the out of my budget used Honda City VTECs, Maruti Suzuki Zens and Ford Ikons. My luck shone bright when I stumbled upon a Metallic Orange Palio at one of the used car dealers. At Rs.1,30,000/-  this was a steal. Without analyzing the risk to reward ratio of this deal, I sealed it.

The car was a 2002 model with 35600 kms on the odo and came with all the bells and whistles once could ask for. 1600cc 16V, DOHC, 100 BHP were the numbers that mattered the most to me. The car already had arguably one of the most attractive OE set of alloy wheels, but the icing on the cake  was that it was shod with  wider & lower profiled ( and sexier) 185/60  R14 Bridgestone Potenza G III rubber. Body Coloured bumpers & ORVMs, Fog Lamps, Spoiler, Power windows, Rear Defogger integrated Wash and Wipe, Remote tail gate release & Fuel Lid opener and much more came standard on this flagship version of the Palio line up (until the limited edition  S10 was launched). These were the gimmicks used by car manufacturers at one point to boost sales, never mind, some of them are genuine convenience boosting for us. 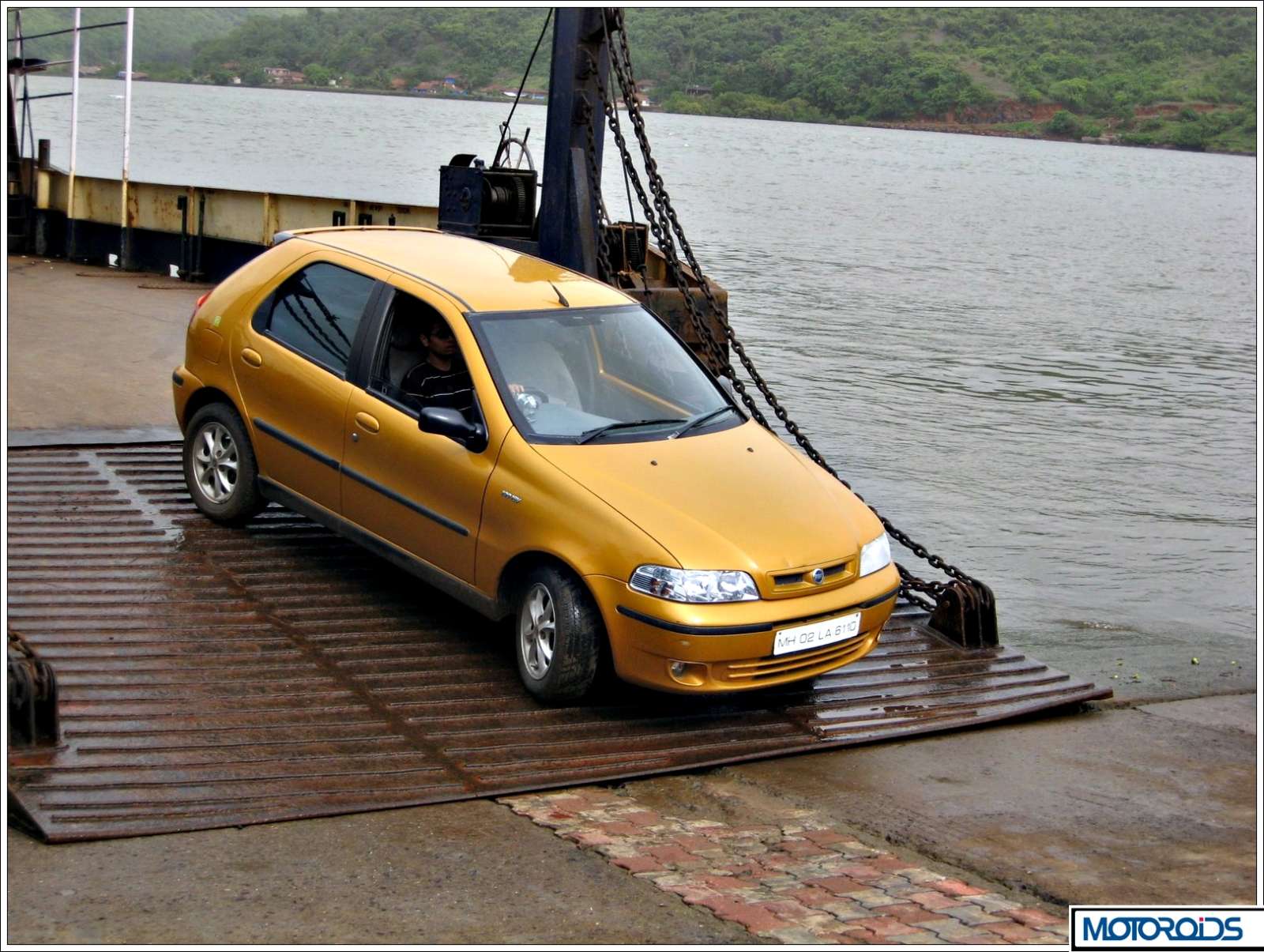 The Metallic Orange colour was both welcoming and vibrant, not to mention a head turner as well, in contrast to the `like it or hate it ` Solid Orange that the 1.2 versions were punished with. I was happy that this car which was about to change hands wasn’t the less favored Candy Mint Green, another unique colour offered by the Italian automobile manufacturer.

The general perception of Fiat cars has always been sturdiness; they were never popular for their fuel economy. The Palio 1.6 in particular had earned a bad repute for its fuel guzzling habits, whereas poor after sales service, shortage of spares, expensive maintenance and running costs justified the quick degradation of the brand value in the Indian consumer’s minds. I had taken for granted the regular stops at the fuel bunk that were to greet me later. Once a petrol head, always a petrol head.

Upon ownership, most of my family members had the assuring smile and instantly appreciated the decision as the brand held a sentimental value over a long period. What most of the lesser technically sound enthusiast appreciated was the spacious interior and the `big` car feel from this small car, ok hatchback. While the legroom wasn’t in the league of the smaller Tata Indica, it was adequate. The firm padding of the seats was cured by aftermarket seat covers. The front seats offered a decent support, however like a typical Fiat the pedals had vague positioning. The clutch pedal had a long travel and engagement, whereas the brake pedal was more upright. So you had to choose between an ergonomically comfortable seat position relating to clutch release or with the brake pedal. Result, the steering wheel, gear lever and pedal interplay had been compromised. Shame, considering the lovely feeling leather wrapped steering wheel and gear knob. The interior quality was similar to if not better than the other cars in its segment of the time. Grainy grey finish with silver inserts in the central console and the saving grace was decent build quality. Closer investigation revealed that even the smaller parts such as plastic caps, rubber boots etc., were made in Brazil, expensive parts bin list no surprise then! Illuminated power window switches on all doors were an impressive addition.

Coming to the driving experience part, the engine’s refinement was on par with its rivals, though it would be unwise to compare it with its Japanese counterparts. The engine wasn’t as free revving as say the Baleno or even the Ikon. However those cars did not have the meaty mid range and heady top end that this engine offered either. The gear lever had a long throw and wasn’t a very slick shifting either. The clutch pedal had considerable travel and was on the heavier side, not very easy in stop and go traffic. The brakes on this car, ventilated discs up front and drums at the rear were strictly OK. The brakes could have had a better feel, and lesser tendency of locking up under heavy braking. The steering  had a heavy feel than the one on the 1.2 version. The service centre folks informed that the power steering unit was same; I would expect a slightly higher servoed setup to counter the extra weight of the bigger engine. I can name a lot of other cars with a more direct feel to the steering wheel. Though this setup resulted in a better feeling at higher speeds slightly more assistance at parking speeds would have been welcome.

Speaking of the ride quality, softly setup suspension with a decent travel meant the ride was comfortable, not overtly cushioned though. The engineers did a fine job of tweaking the damper and spring rates as per our road conditions. The root cause of most problems could be blamed on the heavy kerb weight of the car, 1.2 including. A lighter body shell would have definitely resulted in better performance, handling and not to mention the much fabled fuel economy. Even though the Palio sported similar suspension set up via McPherson Struts upfront and Coil Springs and dampers doing the duty at the rear, it just could not match up to its lighter rivals, namely the Suzuki Swift. Heavy kerb weight, softly sprung suspension, heavy steering, average brakes and long throw gear shifter all added up against the Palio. The strong engine and the overall design of the car were the only two factors that helped the Palio to carve out a niche market. No wonder, the Ikon, Swifts, VTECs and the Lancers excelled where the Palio failed.

So apart from the mouthwatering price I had no real reasons to buy this car, I still did. As they say, it’s a matter of Heart, which brings us back to the brand value. 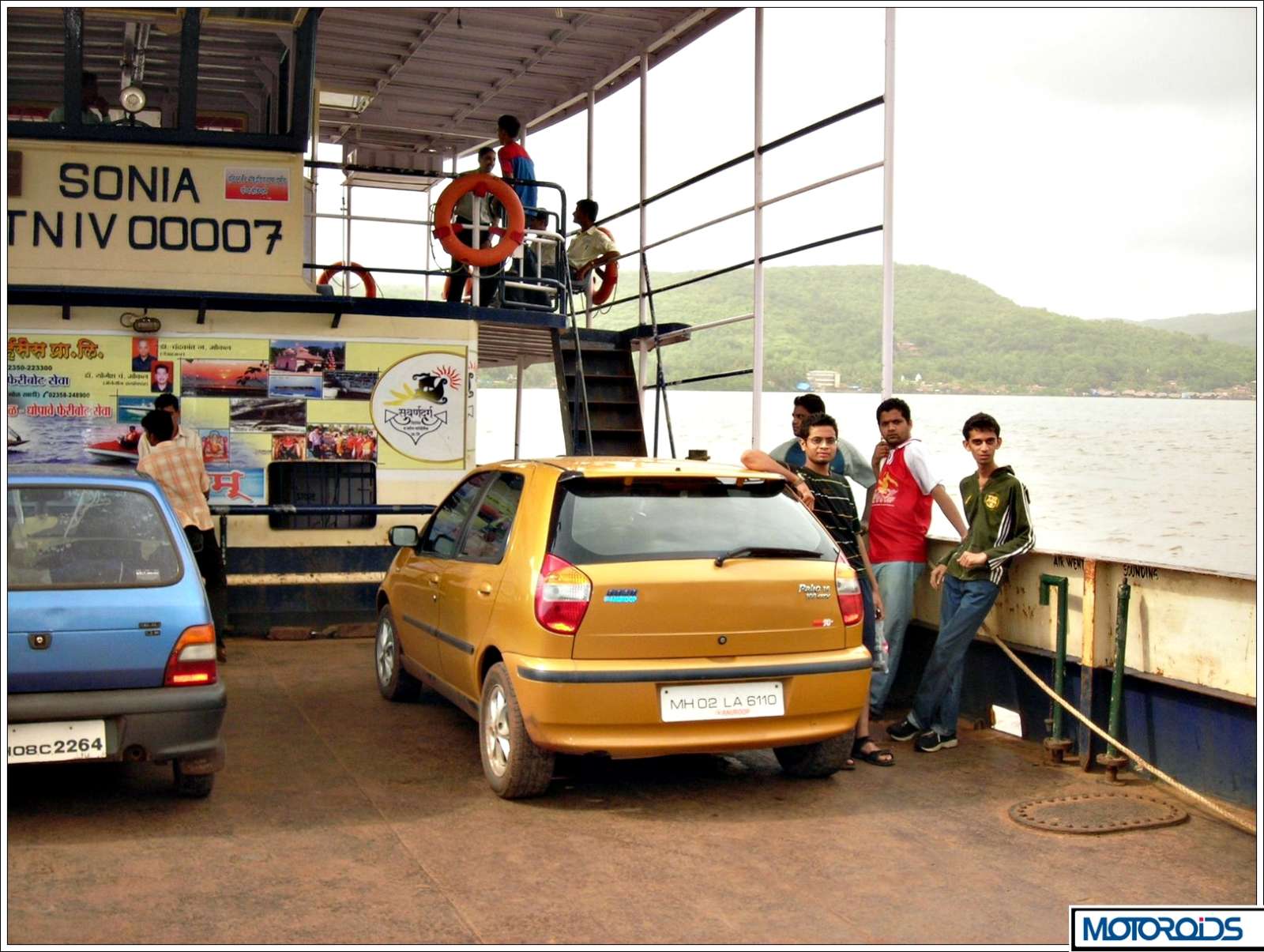