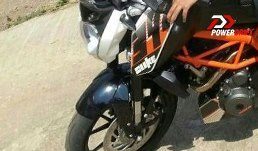 That the KTM 390 Duke is headed our way is a known fact. There have been several reports that suggest that the 390 Duke will be launched in India in April this year. However, a recent comment from a high official in KTM India hinted at a July launch for the new bike. While there is no denying that a concrete date for the KTM 390 Duke India launch is still unknown, it is for sure that Indian bike aficionados won’t have to wait much for the bigger Duke to arrive in our country.

What you see here might be the first ever spy pics of KTM 390 on Indian soil. The photographer hasn’t divulged any details but the good folks at Powerdrift, the owners of these low-res pic, are of the opinion that absence of an ABS unit on the front brakes is a definite proof of the fact that the bike in the above pic is indeed the India spec KTM 390.

Frankly speaking, we don’t really care much about the authenticity of the claim. Instead, we would really like to have the ABS unit on the KTM 390 that is going to be launched in our country. The ABS unit on the international spec KTM 390 is manufactured by Bosch and can be switched ON or OFF by the rider.

The new KTM is expected to have an asking price in vicinity of INR 2.25 lakhs and the new bike is sure to kick open the doors to an all new segment in Indian performance biking scene.

The KTM 390 Duke will be manufactured at the Bajaj-KTM facility and the attractive price tag is courtesy the heavy localization that Bajaj has planned for the manufacturing of the 390.

UPDATE-  Another pic of the India-spec KTM 390 Duke surfaced a day after the first image was published. In the second pic, it can be seen that the new bike has a ABS unit and we are relieved to get to know that the new bike will sport ABS, at least as an option. A clear indicator of this bike being the India spec KTM 390 is the fact that it is seen sporting a saree guard, which is mandatory in India only. 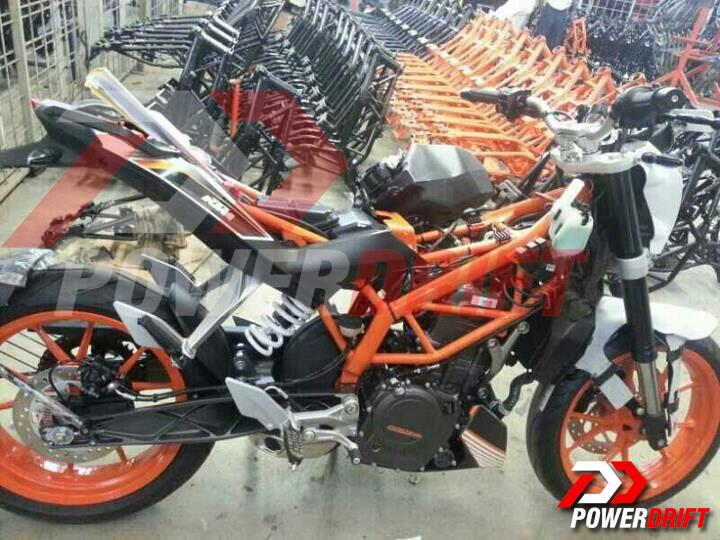