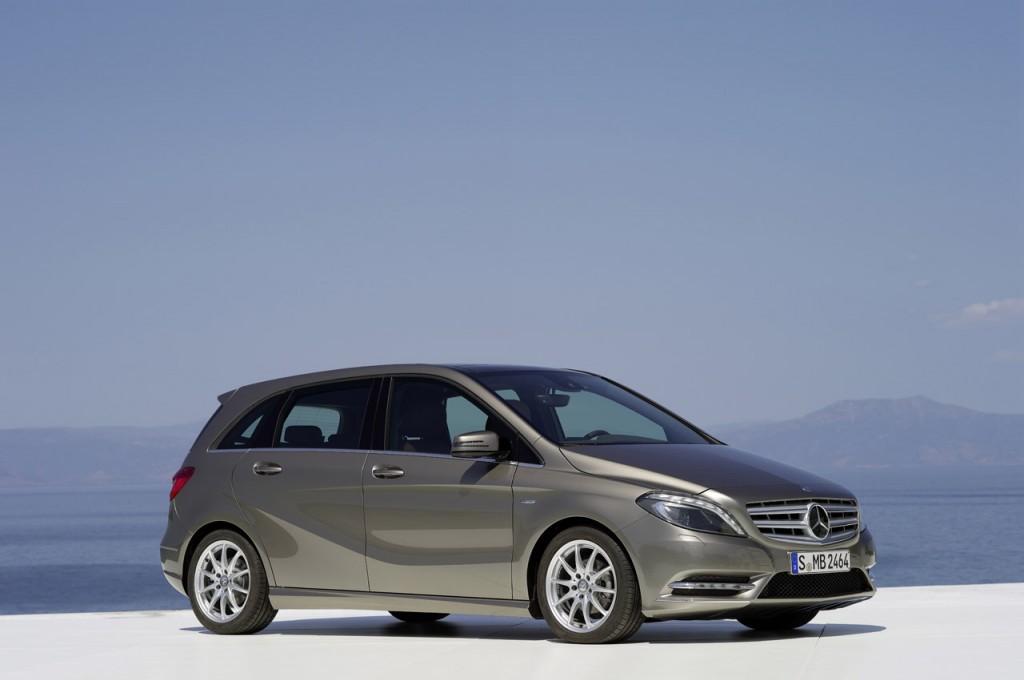 We informed you about Mercedes planning to enter the Indian premium small car market with their A & B Class cars some time back. We also came up with plenty of real time images of the B-Class being tested in India. If this wasn’t enough, we also became one of the first ones to report that the new B Class will be launched in July. Now, Mercedes India unveiled the B Class today. The car will soon be launched in Indian market and would probably have a price tag of about 20-24 lakhs. Mercedes has also introduced an adventure portal readytobe.in and we will soon see the new B Class heading on ‘Ultimate Touring Trail’- a promotional event, from Mercedes India. Mercedes India will also be coming up with adventure activities like Scuba diving for customers of upcoming B Class.

The B Class to be launched in India will come with both petrol and diesel engine options and the motors will be mated to a 7G-DCT gearbox. The cars will come loaded with features like a Speed Limit Assist, Active Parking Assist, Brake Hold and Hill Hold Function, Distronic Plus, Blind Spot Detection System and Adaptive Headlamp Assist. It is being said that the first batch of B Class cars will come kitted with bits from AMG and will come to us via CBU route.

However, expect Mercedes to price the car very aggressively to open up the gates to a new segment in Indian car market. We expect the new car to compete with the Audi Q3 crossover in terms of pricing. As we reported earlier, the car has already rached dealership yards and Mercedes plans to market their new baby as a ‘sports tourer’ and open up a new segment in the country.

Watch out for this space as we will be reviewing the car on India’s F1 track- Buddh International Circuit later today.