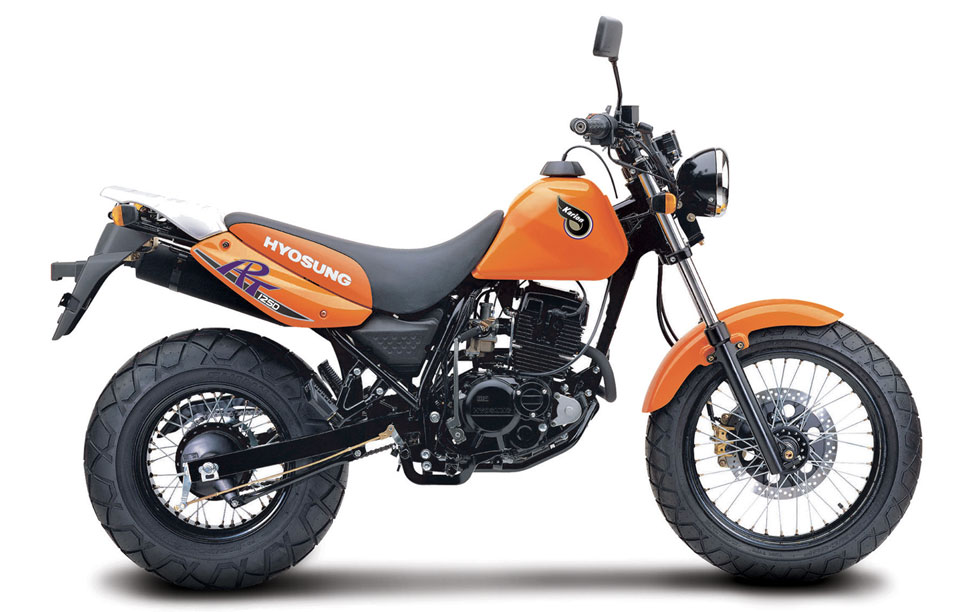 India’s leading auto magazine, Autocar India is reporting that Hyosung is planning to launch an all-new 250cc on-off roader in the Indian market. The company is developing the new bike grounds-up and will hit the roads sometime in early 2013. To share design cues with the smaller RT125D, the new bike will be christened RT250D and will most likely be powered by the same 250cc parallel twin engine that powers the GT250, which is also due for a launch in India.

The RT125D is a funky retro styled ‘sand bike’ as Hyosung prefers calling it. Suitable for both on and off-tar riding, the bike features a low, deeply padded seat along with balloon rear tyre. That, along with wide handle bars makes it an easy bike to ride. The RT250D will also be similarly styled, and may well share most of the cycle parts and body panels with its smaller sibling. The bike will be assembled locally here in India.

At the same time, Hyosung-Garware, in a bid to scale up their activities in India are planning to set up another plant in the foothills of Mahabaleshwar, in the picturesque village of Wai. The new plant, top be set up with an investment of Rs 65 crore (land excluded) will be spread in a 25 acre area. ACI reports that the new plant will produce 30 bikes per shift per day and will assemble the GT250R and the GV650 cruiser. The company may also set up an engine assembly unit in the near future to bring down costs.