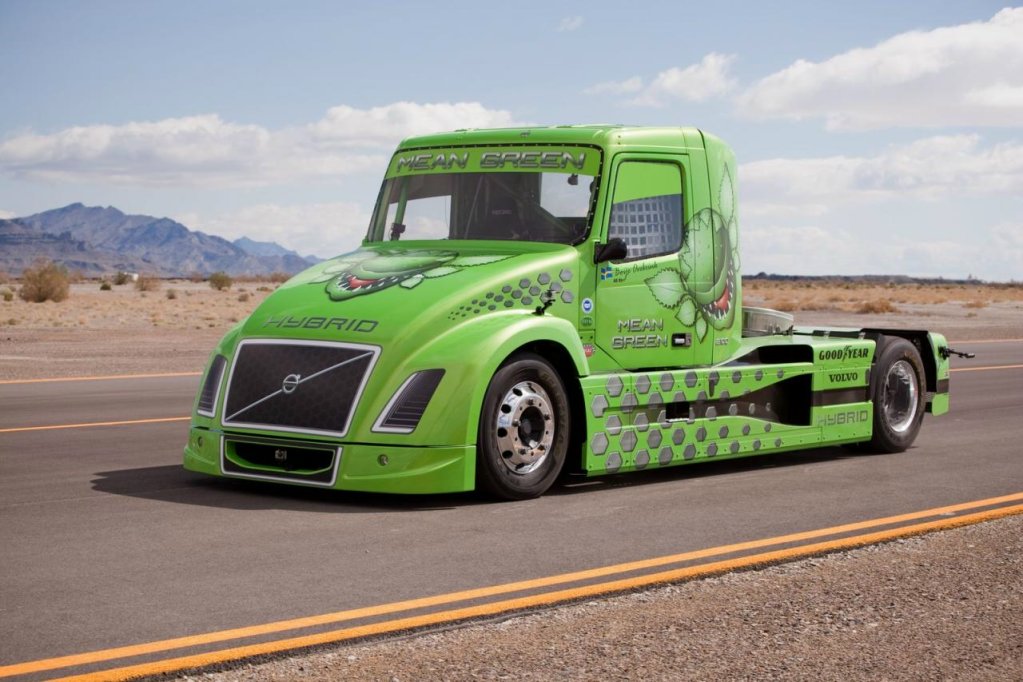 This green monster you see here has just achieved a rare feat. It has become the world’s fastest hybrid truck by achieving a terminal speed of 236.77km/h for a flying kilometre and 153.252km/h for the standing kilometre. And for god’s sake, don’t compare those numbers with sports cars or other trucks running on NOX, as this truck is powered by the old faithful dirty fuel, supported by a 200bhp electric motor.

The main powertrain, a Volvo D16 engine mated with a modified Ishift gearbox, produces 2100 bhp and 6780nm of torque to propel this monster to those crazy speeds. Piloted by Boije Overbrink of the Swedish Viking Speed Records Team, the truck was officially bestowed the speed honour by the United States Auto Club, an extension of the Federation Internationale de l’Automobile (FIA).

Check out how this burly monster managed to reach that lightning speed in this video.