Home Audi Audi planning the A3 Cabriolet for India 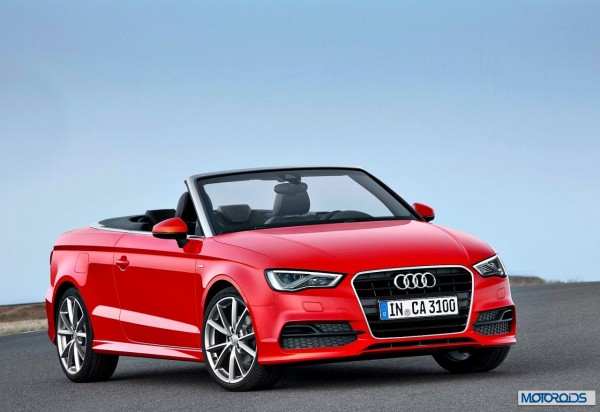 After creating ripples in the entry level premium sedan market with the A3 three-box car, Audi is now planning to add some more glitz and glamour to the nameplate in India. The Ingolstadt based carmaker is planning to introduce the soft top, 2-door, 2+2 iteration of the model as a halo variant.

A 4-seater vehicle in concept, the A3 is meant essentially for 2 adults and two kids / contortionists. The soft-top, motorised roof can be brought on or pulled down in a mere 18 seconds with the press of a button at speeds up to 50km/h. 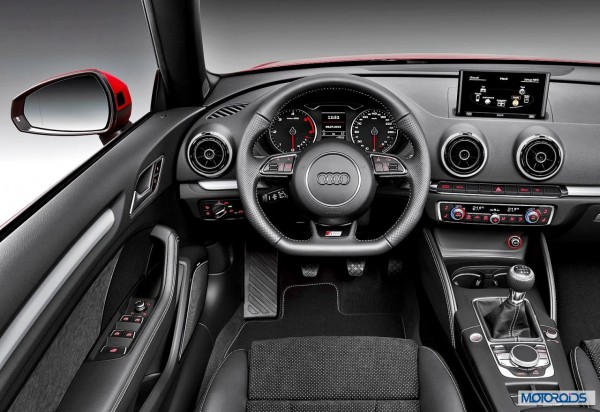 Internationally the A3 Cabriolet is available with a choice of three engines. To start with, there are 1.4 & 1.8 litre TFSI turbo petrol engines with 125 bhp and 180 bhp on tap respectively, or a 2.0 liter TDI diesel. For India, we expect the 1.8 TFI or the 2.0 diesel to make the cut. The 1.4 TFSI features the COD (Cylinder on Demand) technology which can automatically shut down two cylinders on experiencing low engine load, though we don’t expect this engine to make its way here. All engines come mated with a seven speed S-tronic dual clutch transmission.

Audi would know from experience that convertibles don’t turn volumes in India and should, thus, import it as a completely built unit. The price of the car, thanks to the high import duty on fully built imports may go all the way up to 50 lakh rupees. 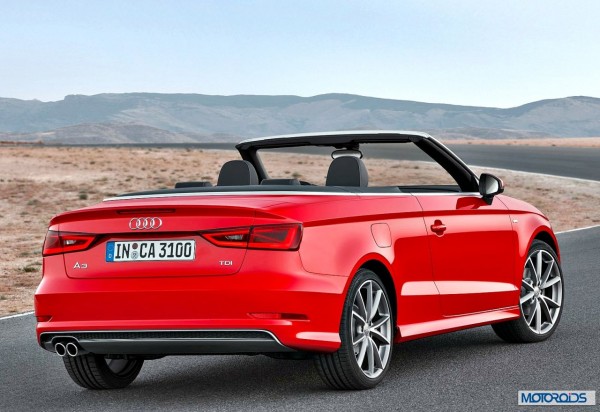 The car will come equipped with the Audi MMI, featuring the Audi Drive Select. Interior would be similar to the sedan variant with a flip out MMI screen and a differentiated center console.

Expect the car to reach a showroom near you by mid December. You can read our detailed Audi A3 review here to know more about the platform.