The Skoda Superb is the undisputed king of the D segment. The feature packed limo has been selling in great numbers for Skoda, but has of late started looking a little too dated in company of more modern machines in the segment. In fact some of the buyers in the segment have postponed their buying decisions to wait for this gem in its latest 2013 facelift avatar. The details on the new version surfaced when a Chinese website caught the D-segmenter testing. 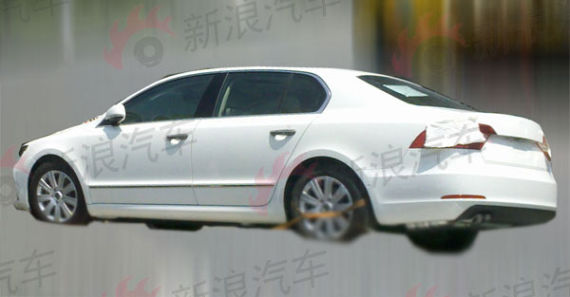 In its latest avatar, the new Superb tries to look sharper and more upmarket. The car now sports a revised front and rear end and this is most likely an attempt to attract younger customers. However, the side profile of the car remains largely untouched though. The length and shape of the cabin, which is a highlight of the Superb, remains unchanged.

At the front end, the headlamps are now more upswept at the outer edges with the inner edge getting pointier and aligning itself with the shape of the grille. The grille itself, from whatever little is visible in the image looks bolder. Overall, the car should sport a much more purposeful and aggressive face in its new version when compared with the rather conservative front end of the current model. In profile, the only visible difference is in the shape of the ORVMs. The body panels and the roofline remains strictly the same as the current model. We don’t expect any changes being made to the chassis and suspension as well, as the current model is above par for the segment in that department.

It’s actually the tail end of the car which has seen the most significant changes. Skoda have tried to transform the roundish and bulbous rear into a sharper shape. The number plate has been lifted from the bumper and been put on the boot.  The shape of the rear bumper has been changed, and two additional red strips have been added to the flanks. The twin exhaust pipes have not been touched though – further proof that Skoda have not touched the engine and mechanicals on this one. 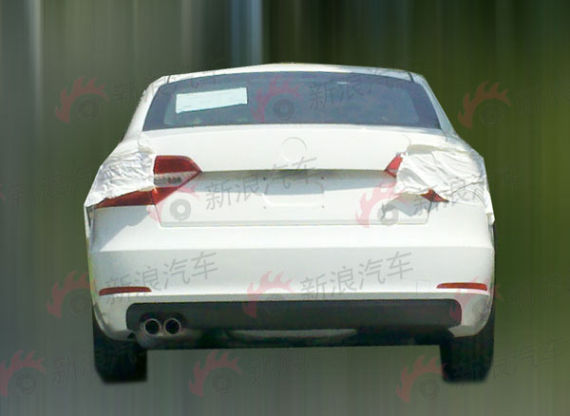 The tail lamps and the boot section have been completely revamped. The angular, pointy edged tailamps are much edgier than their round edged predecessors and are reminiscent of the Jetta’s tail lamp units. The boot section too, which earlier was a plain section now has a depression for the license plate.

Expect the powertrain to remain unaltered when the car makes its first appearance in India, sometime late in 2013. The Superb will continue to be sold with the 1.8 TSI and 2.0 TDI mills in India, both mated with the delightful seven speed DSG. This one is just a mid life facelift of this extraordinary car, which is currently in its second generation. Expect the third generation machine to make its debut sometime in 2016.

Watch this space for more information on the 2013 version of the Skoda superb.