Today, TVS successfully concluded the first edition of the ‘TVS NTORQ 125 Call of Design’ contest. Ms Evanka Thimmaiah from Strate School of Design, Bengaluru claimed the first prize for her rendition of the Ntorq 125 race machine which won her the scooter itself. While Mr Anoop Nellikalayil from National Institute of Design, Gandhinagar who got the first runner up prize, followed by Mr Siddharth Sangwan from Industrial Design Center, IIT, Bombay, and Mr Sachin Sing Tensing from National Institute of Design, Gandhinagar who shared the second runner-up position. 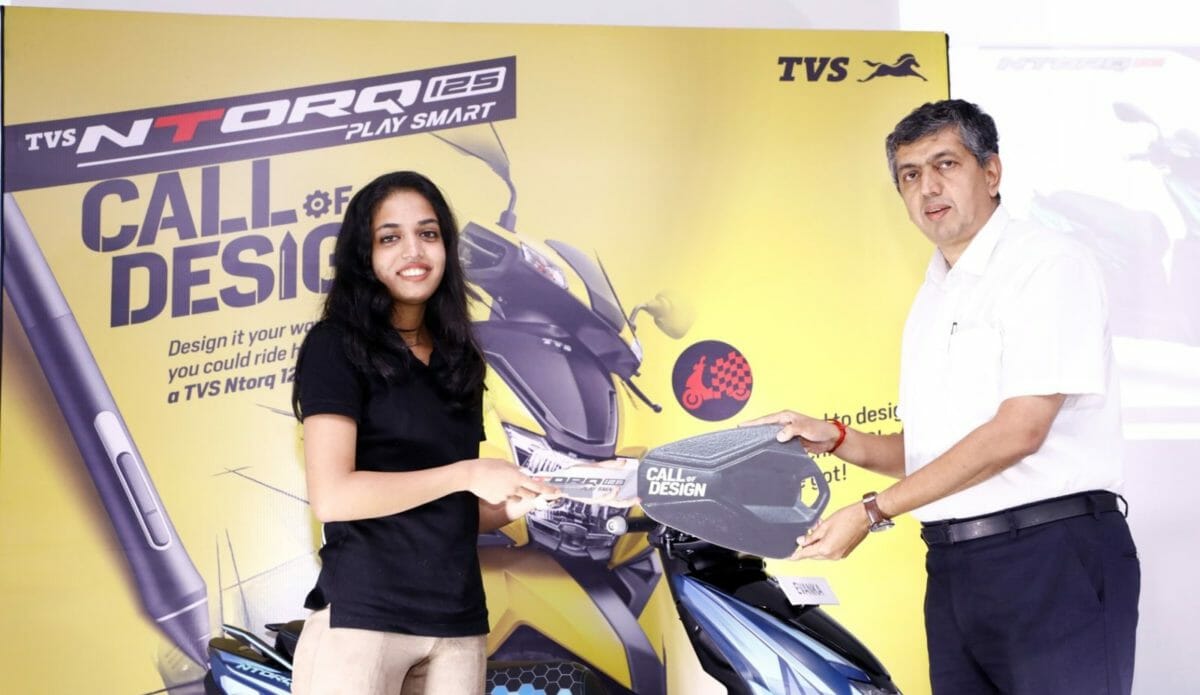 Talking about the contest, the contest was split into two phases, the first one included all the invited students and the second one was only for auto journalists. Both were given a chance to display their creative and innovative ability. The top-3 winners from the automobile media fraternity include Akshay Chitwar from Powerdrift, Bilal Firfiray from BikeWale and Shoeb Kalania from IndianAutosBlog. 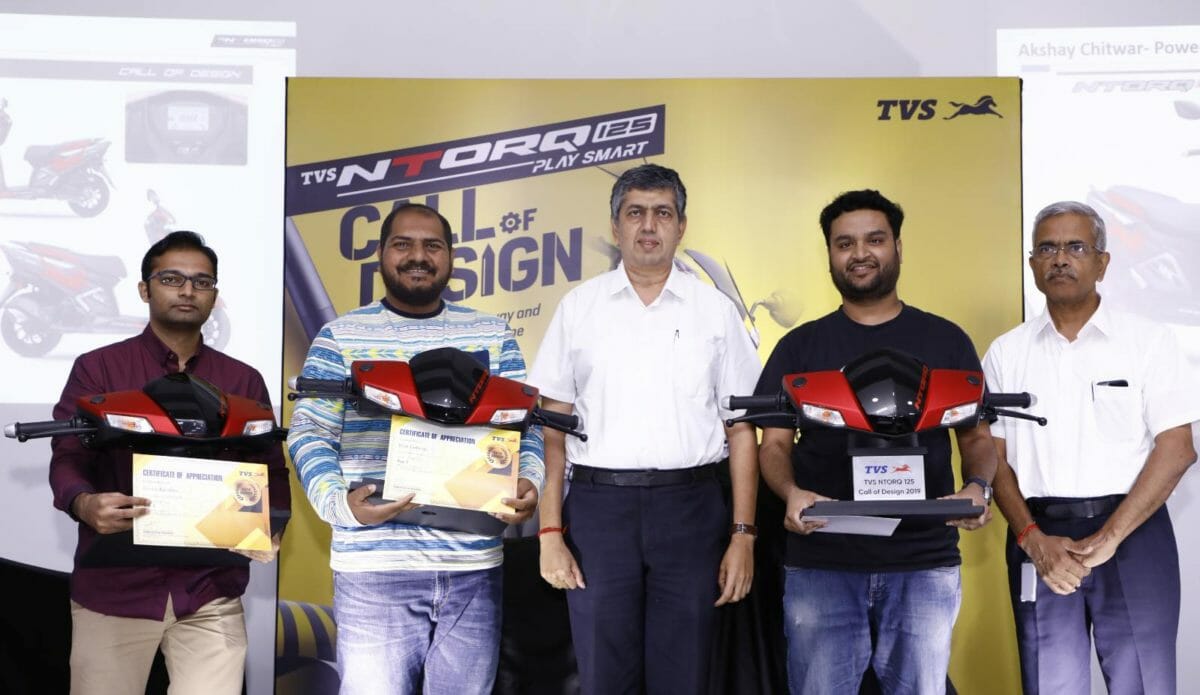 On the other hand, the shortlisted students were given the opportunity to replicate their ideas on the machine that further split the selection process into a Viewer’s Choice Award and Jury Award. These designs were then judged by a larger community through an online poll of #ChoiceOfNtorqians, where 10 designs were posted on the TVS NTORQ 125 social media handles. Mr Rajat Kushwaha from IIT IDC was then announced the winner for the Viewer’s choice award. Over 300 students from 20 top design schools across the country and about 20 journalists from prominent automobile publications had taken part in the first edition of this contest. 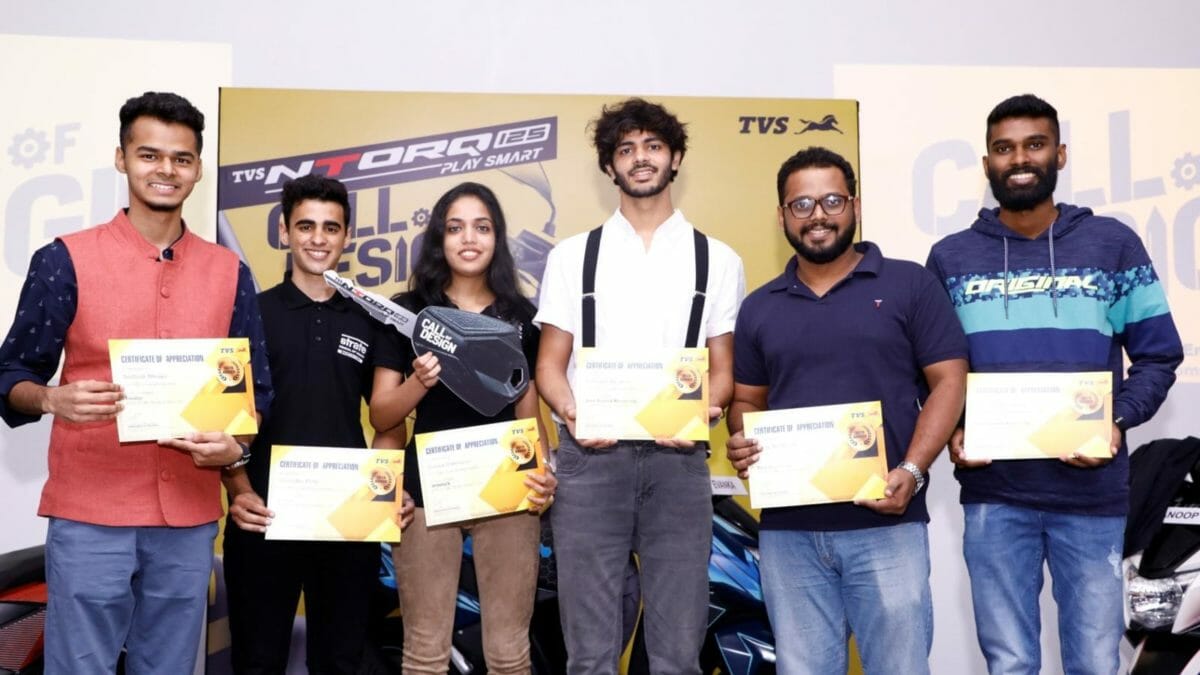 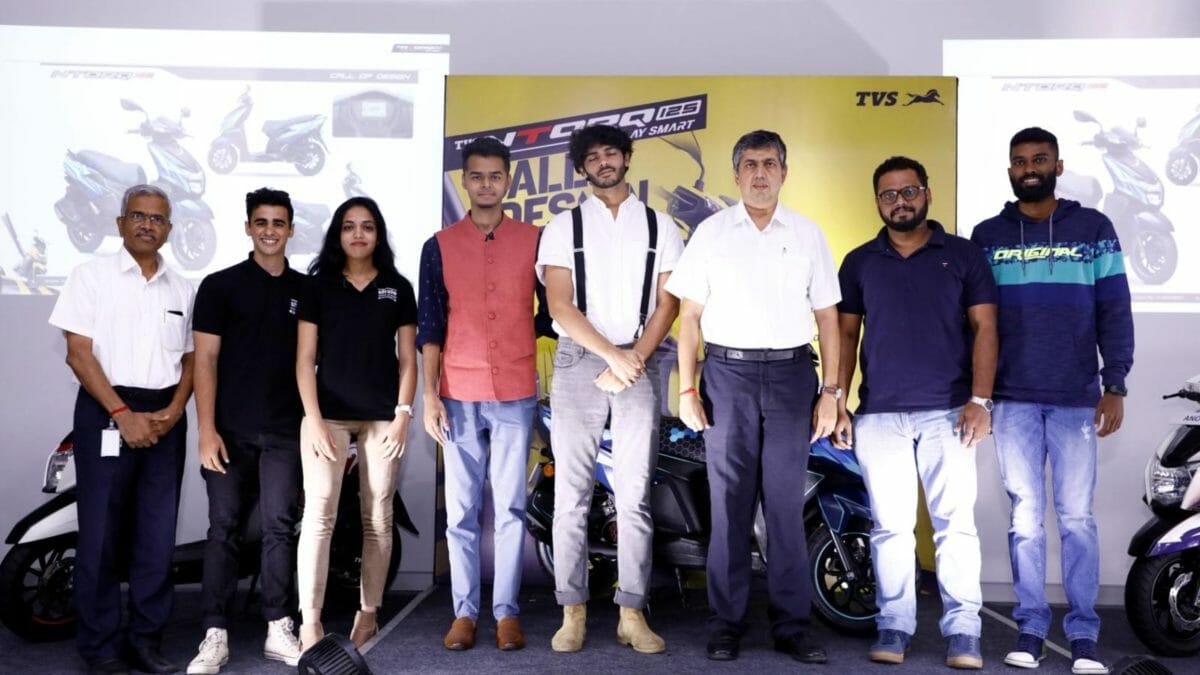 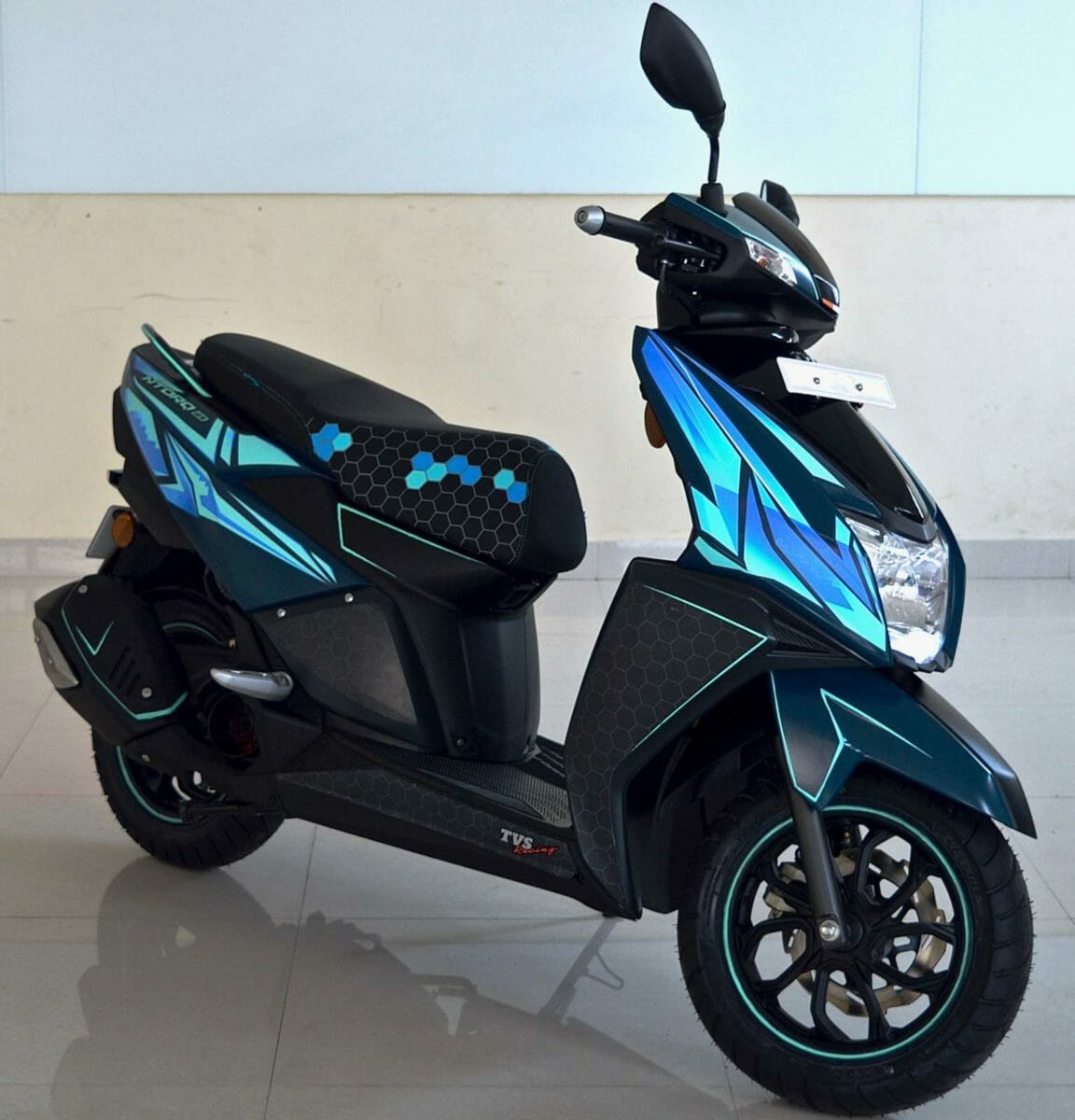 Here is a list of all the Jury members: