The Tata Harrier has been riding high on a big wave of buzz, prior to its launch, early next year. Its stylish design and mechanical details have already been revealed and now, its the turn of what resides inside. To be fitted with an 8.8-inch Visteon sourced touchscreen. For those who don’t know, Visteon is also the supplier for the crisp looking infotainment screens one finds in top-level stuff like the Range Rover Velar.

Plush interiors & futuristic technology that reflect the IMPACT 2.0 Design philosophy, ensure the Tata Harrier amplifies your style quotient, making it the new benchmark of SUVs. Stay tuned to witness the Tata Harrier in all its glory: https://t.co/mzeMBaxd2V #BornOfPedigree pic.twitter.com/ruHg5yjl9i

In the run up to its launch in January 2019, the Harrier SUV has been put through extensive tests. Pre-production cars have been put through water, thrashed on the Natrax test track, bashed in the desert of Jaisalmer and made to endure the cold climate of Ladakh. The Harrier will be powered by a Fiat  sourced 2-litre Multijet engine, called the Kryotec. 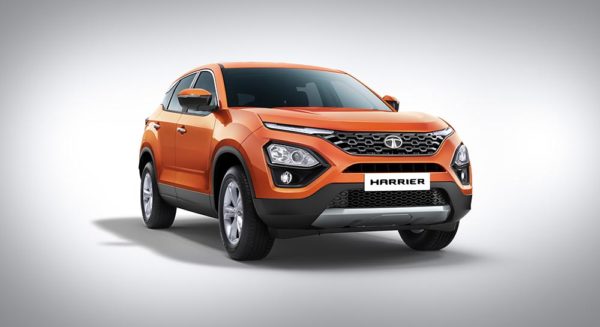 It is being said that the motor will make 140 hp and 300 Nm of torque, sending power to the front wheel only, initially. A four-wheel drive, 7-seater variant is said to be in the works and should be out next year. The Harrier will be initially launched with a 6-speed manual gearbox option as the only choice. The 7-seater variant which will follow in 2019, will be paired with a Hyundai sourced 6-speed automatic gearbox and a four-wheel drive system. The reason for this delay is apparently, supply constraints. The news is that the Kryotec motor in its 170 HP tune will also find its way in the 5-seater Harrier at a later stage. Until then, take a good look at this teaser which reveals the shape of things coming our way,