Going by their new designs which were previewed at prior iterations of the Auto Expo and later launched in a ditto production state, Tata Motors has earned quite a repute for dishing out all things bold in as it is form. Built on their new AMP platform, we wouldn’t be surprised if their Baleno & i20 rivalling X451 premium hatchback fortifies that reputation further. Following the car maker’s new Impact Design 2.0 approach, the Tata X451 premium hatchback will be unveiled at the upcoming 2018 Auto Expo. 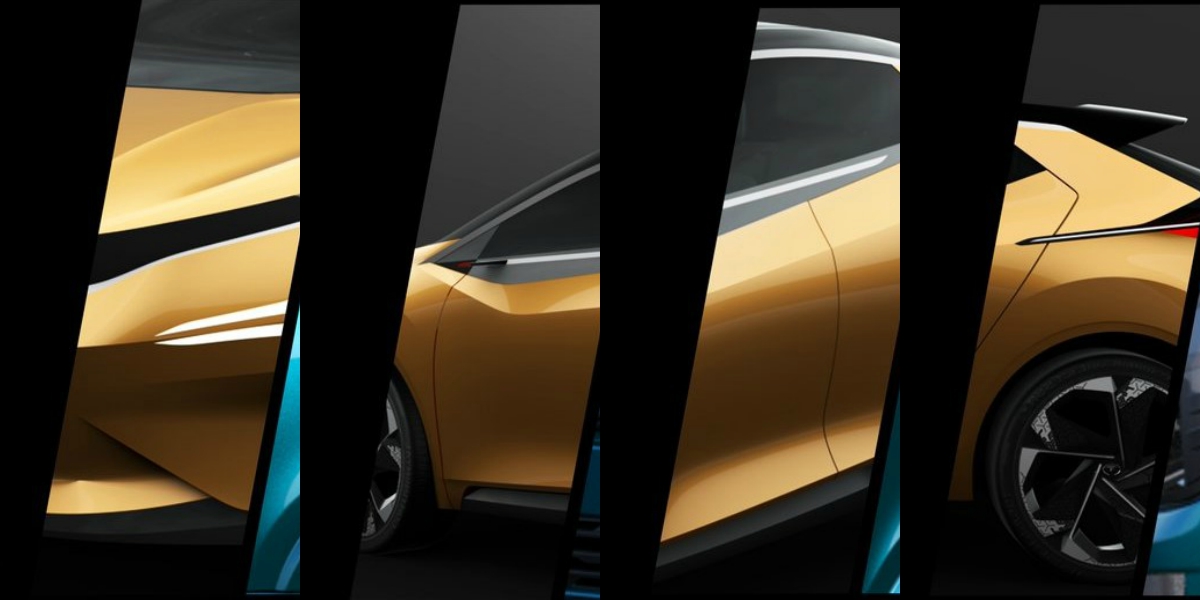 The newest image shared by the car maker reveals the hatchback’s futuristic illumination setup, where two tiny LED units peek out from under an aggressive brow line. Whether it’ll stay that way and make it to the production car could be anybody’s guess, but given Tata’s new found zeal to equip their vehicles with the latest, the actual car could sport something equally striking.

Some of the other teaser images for the new hatchback reveal that the vehicle will sport well-defined wheel arches and a tiny kink in the shoulder line under the A-pillar like the Nexon, a sharply defined greenhouse area on the sides and a neatly carved humanity grille up front. The roofline caps over a sharply raked rear windscreen and C-pillar. Underneath, an aggressive crease on the sides rises up to meet a trail of thin detailing which merges with the rear tail lamps.

The new hatchback is said to enter production in late 2018 or early 2019 and will be built at Tata’s manufacturing facility in Sanand, Gujarat. Petrol variants of this premium Tata hatchback are expected to be powered by a 1.2-litre, three-cylinder naturally aspirated or turbocharged petrol motor. On the other hand, Diesel variants are expected to be powered by the 1.05-litre, 3-cylinder motor which powers the Tiago, albeit, equipped with a VGT for a higher power output. The car will be revealed at the upcoming Auto Expo 2018 and we’ll bring you all the updates with tons of images, live from the event. Stay tuned!