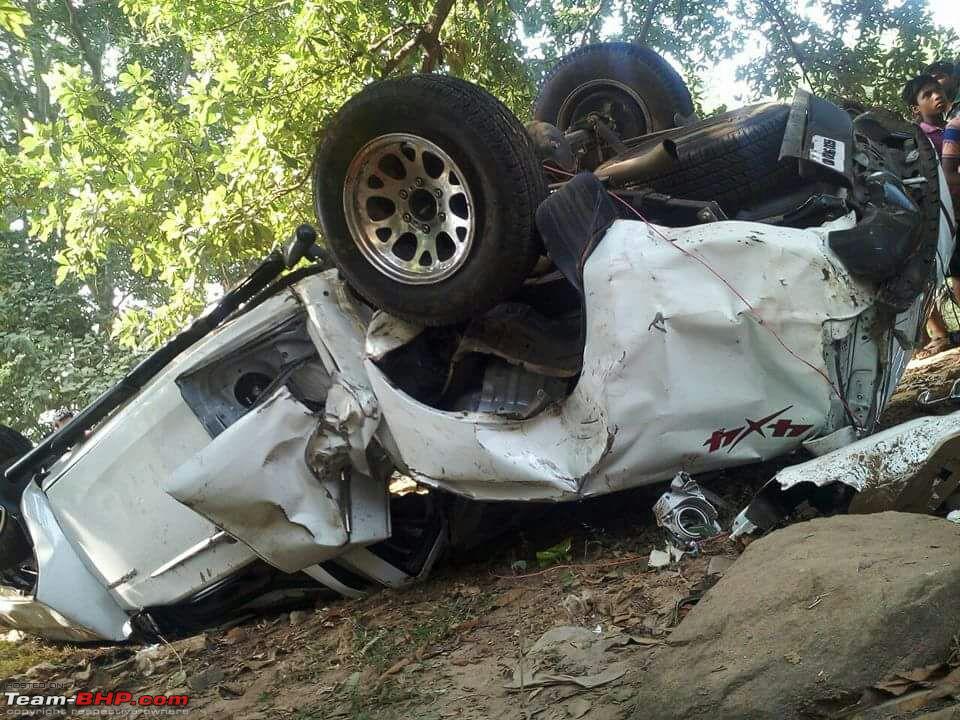 In what is believed to be the first reported accident involving the burly Isuzu D-Max V-Cross, a white coloured example crashed into a Tata Safari Storme in the wee hours of Tuesday in Odisha, injuring a popular Ollywood actor. The mishap happened in the outskirts of Cuttack, when the driver of the Isuzu, reportedly driving it at high speed, lost control of his pickup truck while overtaking the Tata Safari Storme, and crashed into it. 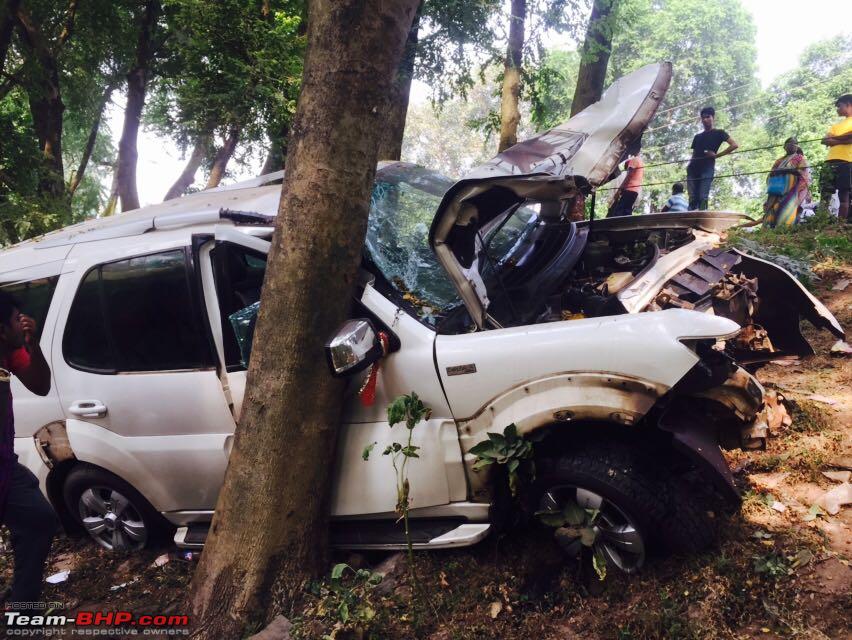 It is being said that the presence of stray animals on the road made the driver of the Isuzu lose control of the vehicle. After the accident, the Isuzu overturned, but the Tata, although heavily damaged, managed to rest on its four wheels. Both vehicles landed in a ditch by the side of the road due to the impact of the crash. Actor Amlan Das, son of veteran Ollywood actor Mihir Das, was seated inside the Safari Storme, but he escaped with minor injuries.

But the same cannot be said about the Isuzu’s driver, who is reported to have broken his leg during the mishap. Other occupants in both vehicles sustained injuries as well, but thankfully, no casualties have been reported. It seems like the Isuzu D-Max V-Cross finally met its match in the Tata Safari Storme.