Home Modified Bikes Based on a Royal Enfield, this Brute Build By Bulleteer Customs Is Anything But Reckless

Standing next to some rocks on a beach, the Reckless looks very much like a part of the natural landscape. The newest in Bulleteer Customs’ long lineup of smashing looking Royal Enfield based custom builds, this example too, reeks of quality artistry. From the stainless paint on its tank to the blacked out theme, every bit looks like it has a story to tell about the long midnight hours that must’ve ticked by while creating this build. 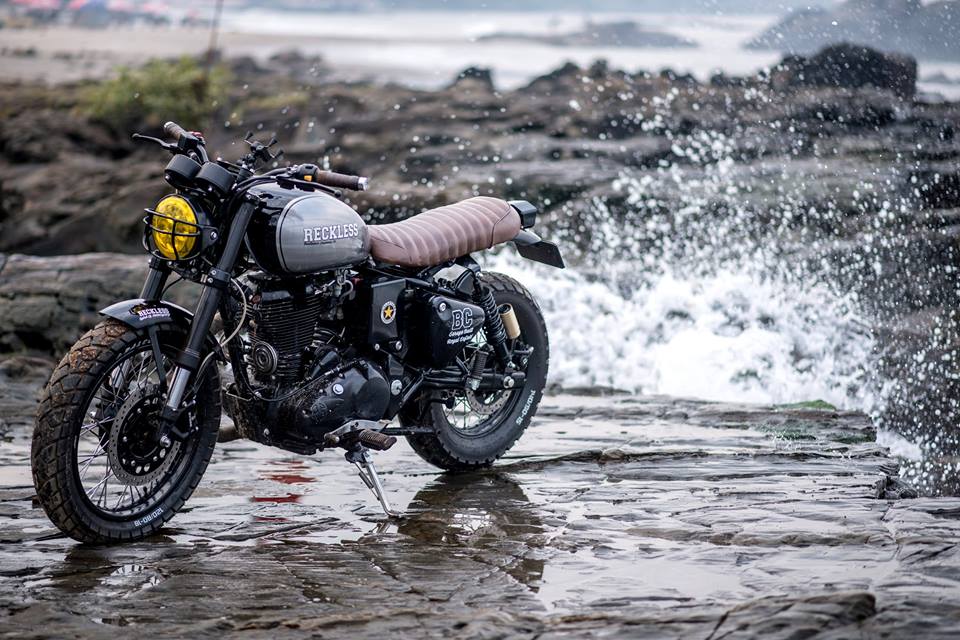 The front features a simple twin-pod instrument console, below which, a yellow-tinged LED headlamp gets a jaw protector and provides some visual contrast to the otherwise grey and serious theme. USD forks are bolted on a fat spoke-type rim, which is wrapped by dual-purpose rubber to highlight the bike’s jungle tamer image. A short custom fender caps things off to complete the picture. 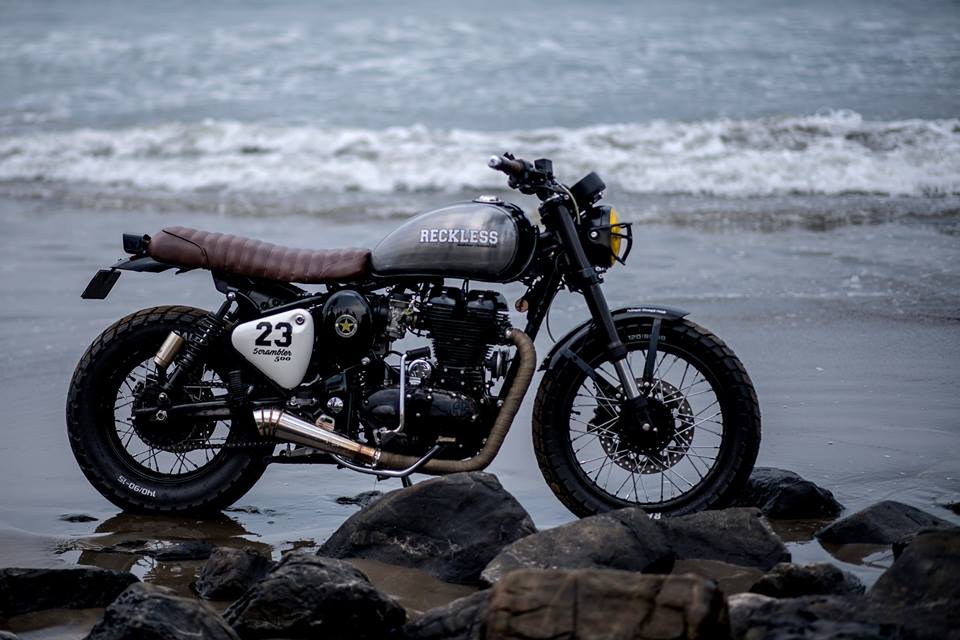 The Royal Enfield motor has been completely blacked out and a heat-shielded pipe routes the gases towards an industrial but mean looking end can. An old-school number 23 with scrambler lettering stands out in the sea of black as some white surf, while a tan coloured scrambler style seat looks like somebody pulled an entire bar of chocolate out of its wrapper and placed it there. 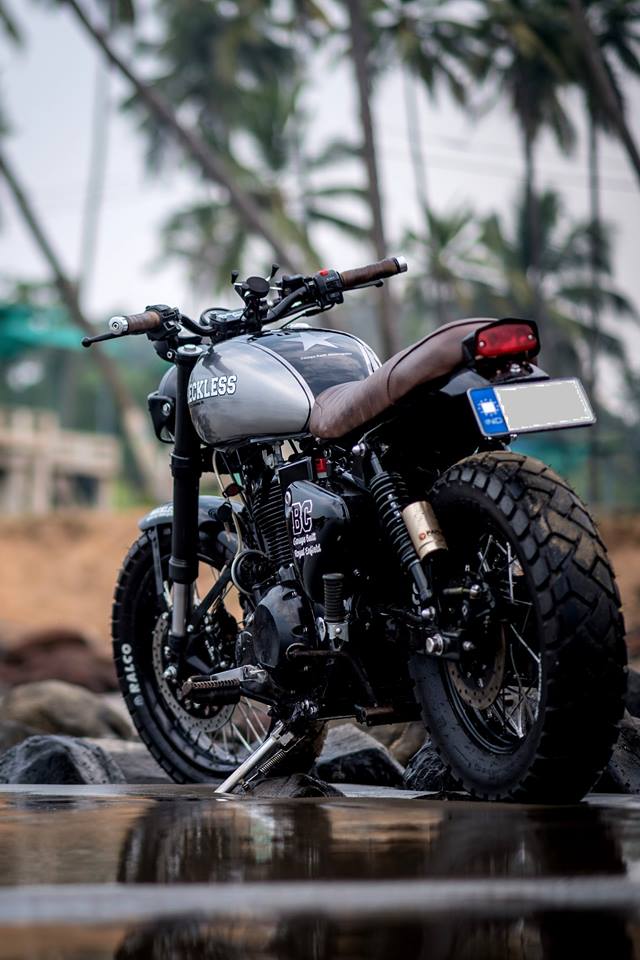 The rear fender has been chopped really short to make things look tidy and that neatness is further accentuated by a tiny tail lamp which looks like it still lives in the early 90s. Helping the fat rear rubber’s vertical movement are two gas-charged springs and there’s a disc brake to arrest its rotation. With those looks, all it needs is a machete-wielding, bandana-clad Rambo like character and the Reckless will be ready for some jungle warfare. 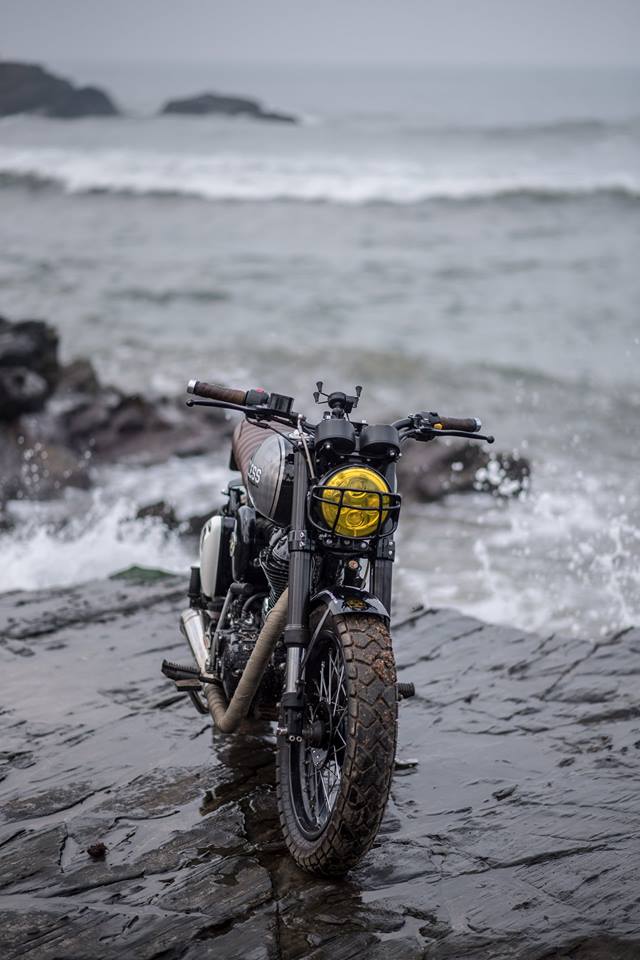 If you like what you see, make the search box on facebook page work to find Bulleteer Customs. Should you be interested in transforming your RE to look something like this, shoot them a message.