The Audi Q7 has been around for some time now, and all of us identify it as a big, bad SUV, capable of trading the untrodden territories with elan, while also carrying 7 people in comfort (sans the spare wheel, for India). We have reviewed the car for Motoroids in detail, and have even done a travelogue with the SUV to a deliberately undisclosed location somewhere near Nashik. There are, however, a few tech highlights of the car, which although touched upon, were not discussed in great detail. Here, in this video we talk about these exceptional tech features of the Audi Q7, which make it stand tall among its peers. You might choose to watch the video embedded right below, or read about it going through the entire article.  Here goes…

The virtual cockpit has been the talk of the town ever since it was first introduced on the snazzy TT. The big Q7 features the system too, and we are here to report that it looks damn cool. The virtual cockpit is an all-digital instrument panel which is pretty much the most hi-tech of all such units on cars as of today. You can reduce the size of the digital speedo and tacho, or increase it to full size with the flick of a button- Audi likes calling the two views as Classic and Infotainment views. You can also choose to have the display show you navigation maps so as to have it laid out right in front of your eyes. 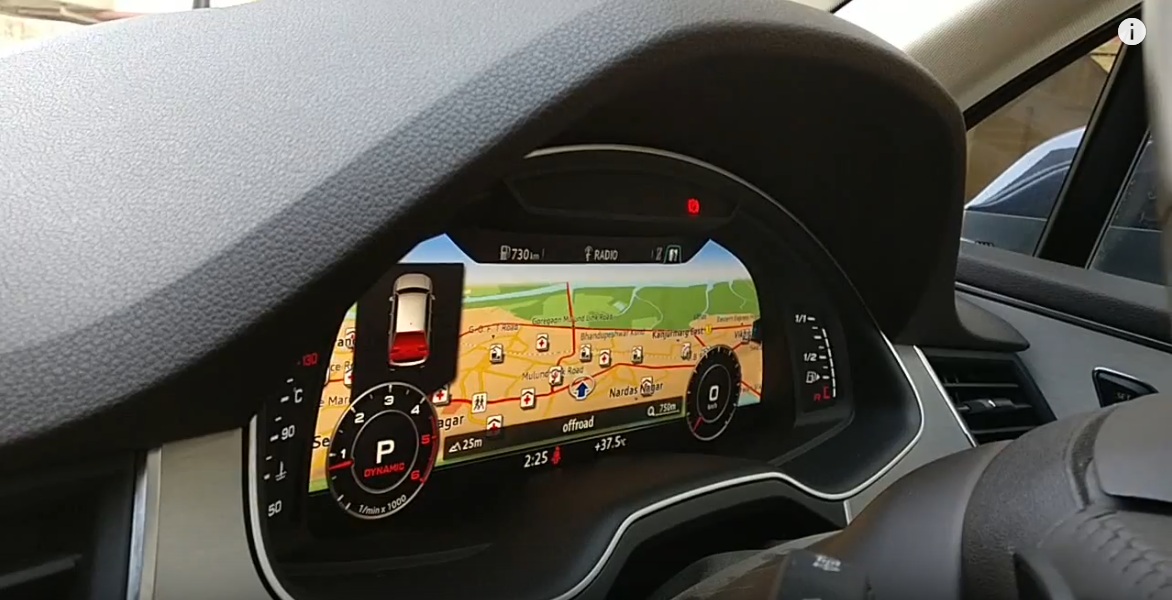 From the on-board computer showing you distance to empty, or average fuel efficiency, swapping radio channels, to navigating using a hi-resolution dynamic map – everything can be controlled at the flick of a finger using the buttons on the multi-function steering wheel. You can also use the MMI dial to control the virtual cockpit if you so wish.

While character recognition is not something new, the dedicated touchpad you see here on the Q7 is an important part of the car’s list of tech highlights.  Unlike some other similar systems which are integrated on the controller knob, this one here is a dedicated unit. The big, wide area on the pad allows you to scribble freely, while the numbers on top can be used to save stuff like radio stations in memory. 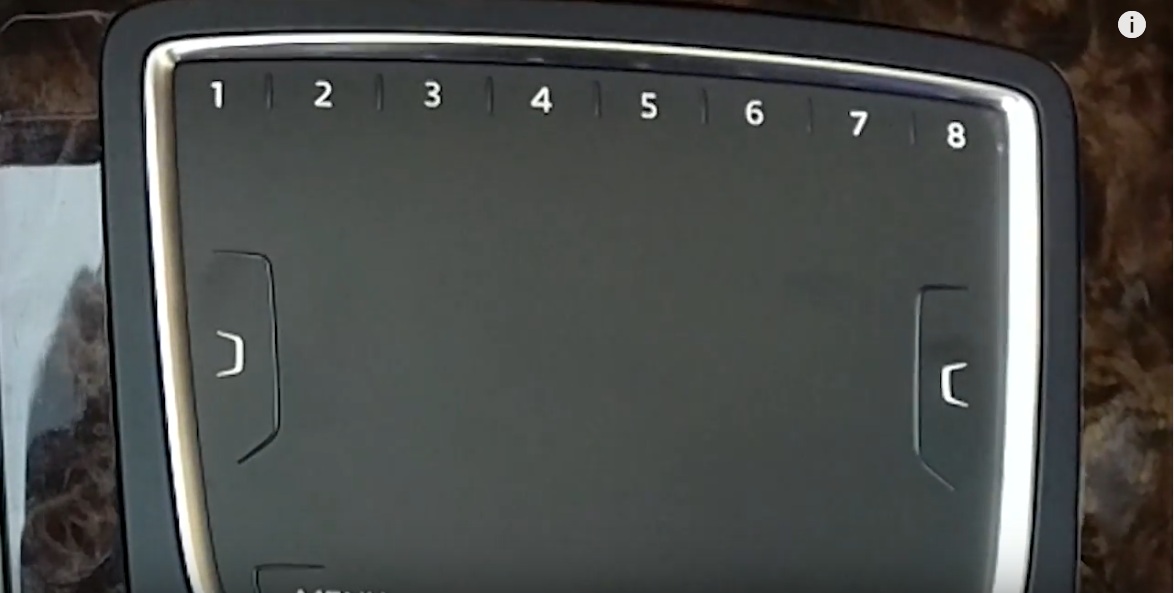 The touchpad also has smartphone like functions such as pinch to zoom and multi finger recognition.  A boon to input address for navigation, the new touchpad works really well and stands out as a unique feature for the new Audi cars including the Q7. 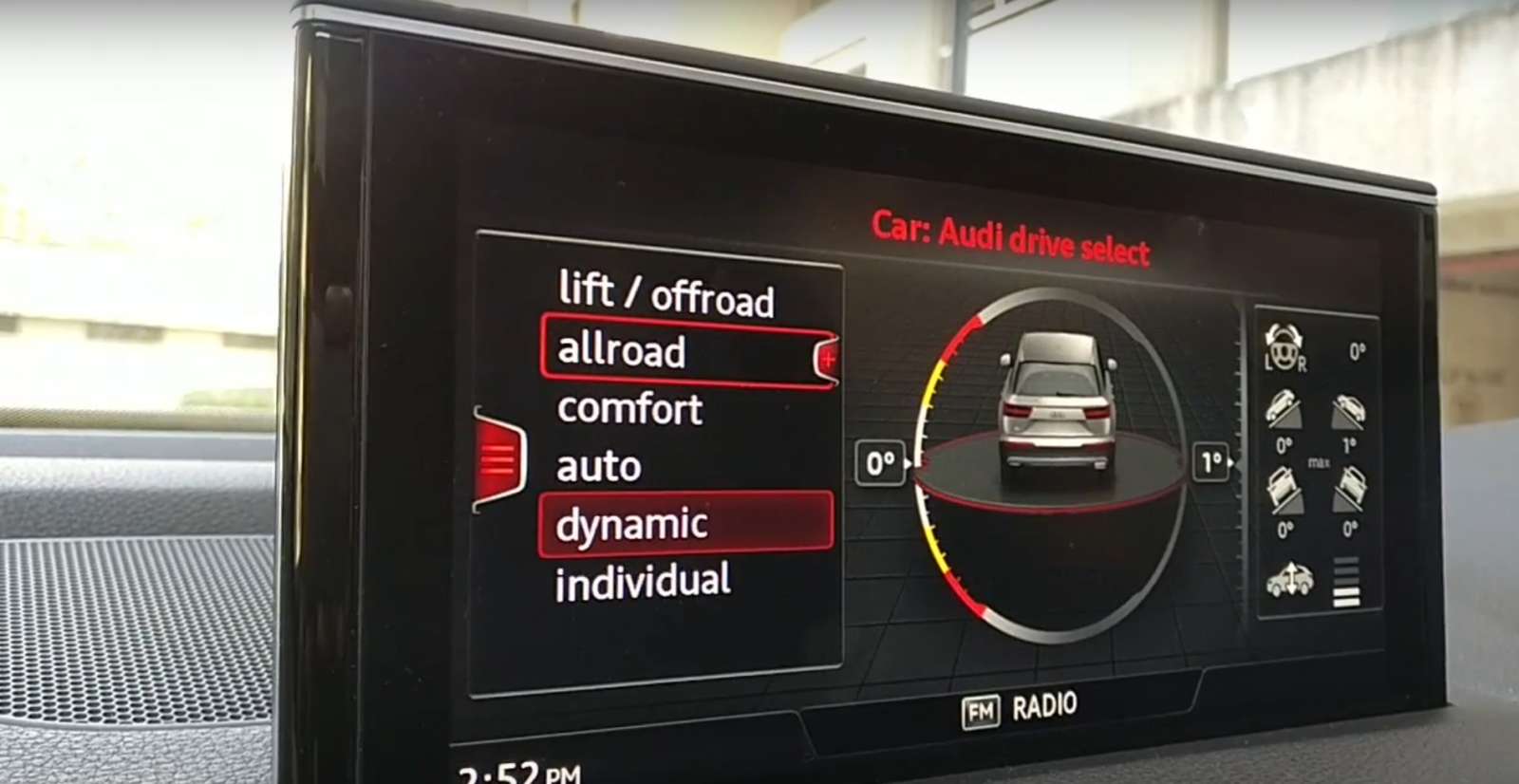 You can also check out the lateral or transverse inclination of the car while off-roading on the central MMI Display. It’s a cool, video-game like feature which makes off-roading in the Q7 all that more fun. In addition to the car’s tilt angle, the system also shows the steering angle for both left and right turns.

Audi has very cleverly used the Air Suspension for another great functionality on the Q7. The powered rear lift gate once open reveals a pair of buttons in the boot. These buttons could be used to lower only the rear suspension to a ridiculously low point making loading and unloading stuff from the car extremely easy. 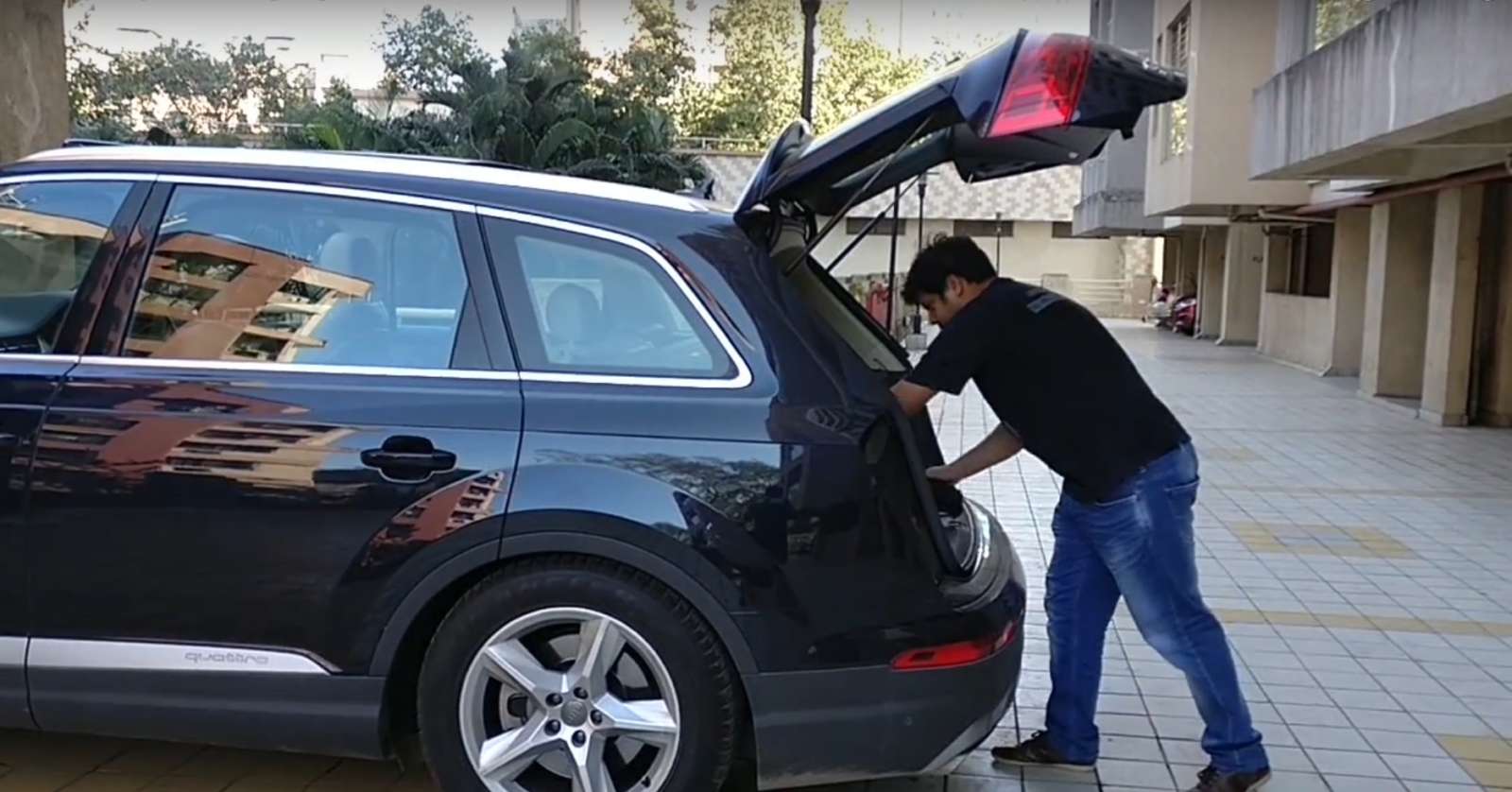 You can bring down the loading lip of the car down substantially just with the flick of a button and then move it back to its original position by pressing another. In fact we helped one of our colleagues move his stuff from a city to another in the Q7 and the feature helped us tremendously load and unload stuff.

Last, but not the least – the Q7 features the magical Parking Assist feature that can take control of the steering entirely to slide the car into an available parking slot. The feature works for both parallel and perpendicular parking, and in our experience, works much better than other similar systems.   Let’s see how it works

For perpendicular parking, you have to engage the Parking Assist by pressing a button on the centre console with a steering icon on it. Then you start driving slowly with the perpendicular parked cars on your left. 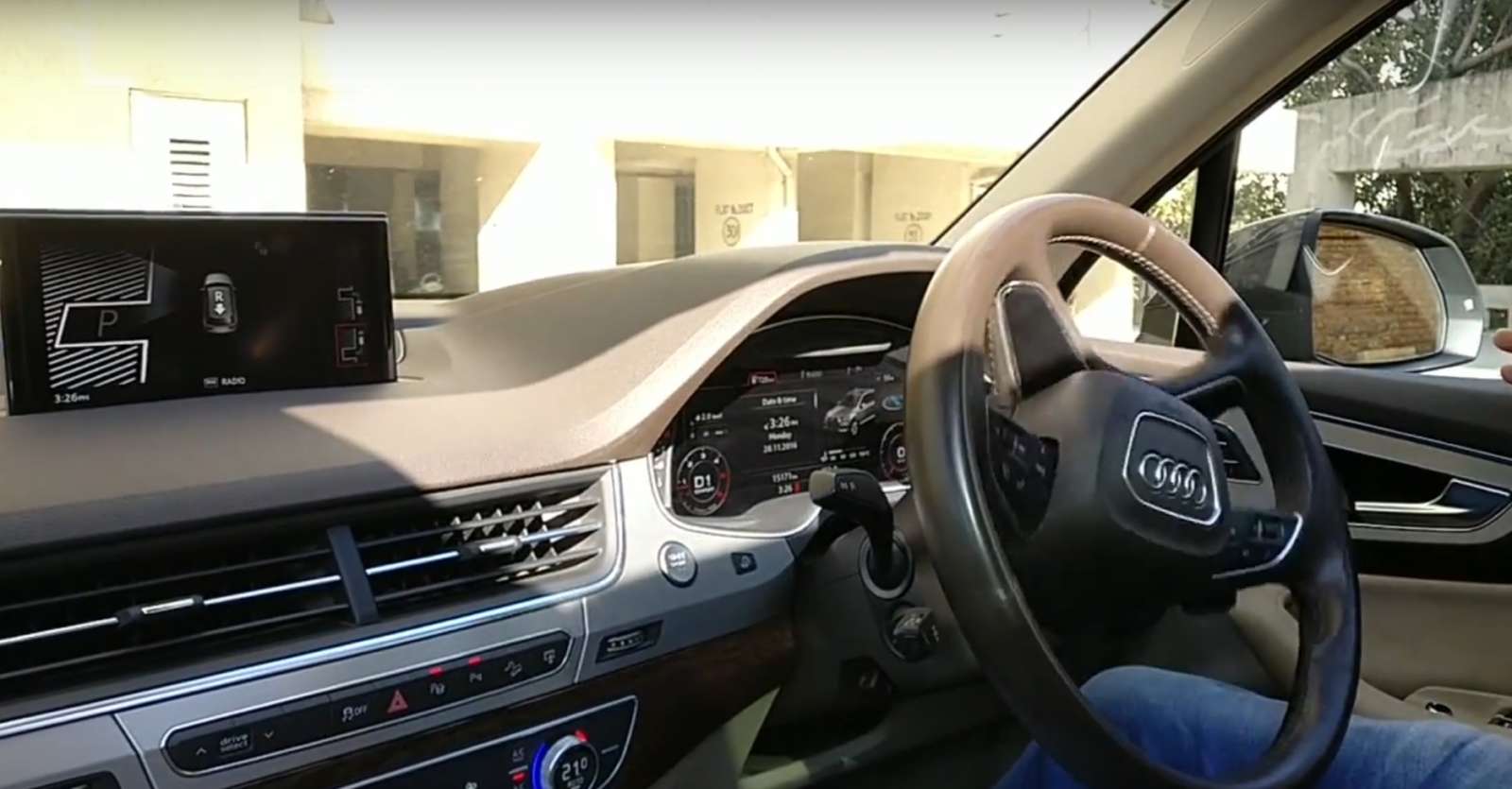 The system will automatically detect a vacant spot, and drive a couple of meters ahead before asking you to engage reverse. Hereon, the Parking Assist takes control of the steering and you only have to control the brakes. The car reverse manoeuvres itself cleanly into the slot, and then asks you to engage drive again to come out one final time and straighten itself for a clean parking. Any manual steering inputs immediately cancel Parking Assist. The car doesn’t brake automatically even if there’s an obstacle behind. You have to be careful about braking, for if you don’t, the car would likely crash into the kerb or pole behind.

The procedure is similar for parallel parking as well. You simply have to drive slowly with parallel parked cars to your left. The system will then identify a suitable slot and park the car without a hiccup.

We hope you liked reading about those less talked about tech highlights of the Audi Q7. Do share the post or video with your friends, and let us know your thoughts through the comments section below. You can also give us a shoutout on any of our social channels.