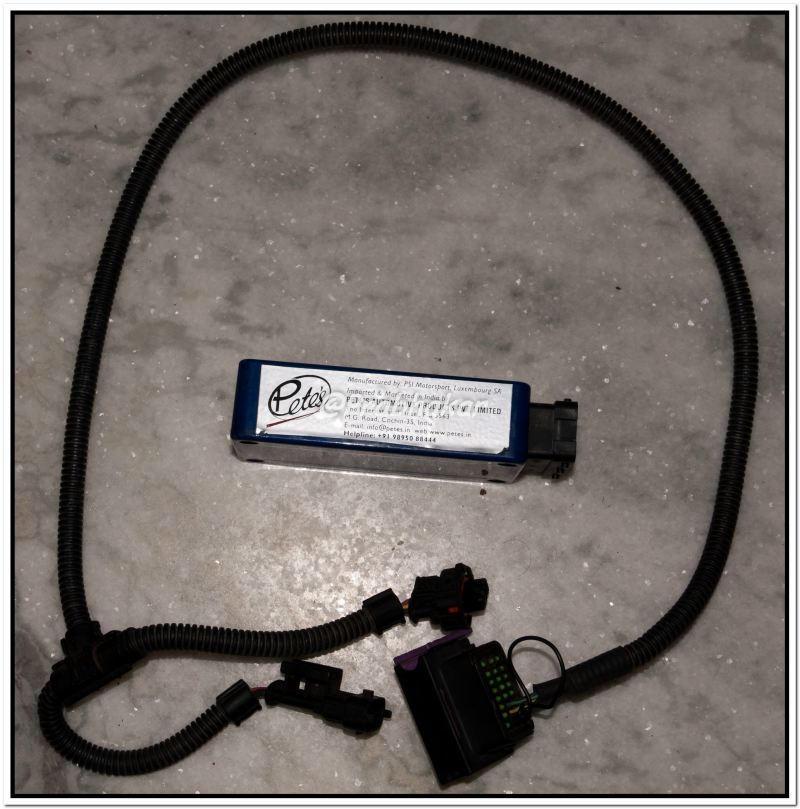 Prabhakar Rao, our MotoRep for Hyderabad, recently carried out an exhaustive test of performance tuning boxes. He tested a variety of diesel tuning boxes on a multitude of cars. Here’s what he managed to find out after 6 long months of continuous testing and analysis.

Diesel Tuning Boxes are an easy solution for the people who want some extra power with minimum hassles. In simple terms it is a small box (Resistor, Potentiometer, etc.) which tries to FOOL the ECU in pumping more diesel into the engine.

It is primarily preferred because of its ease of installation & removal. Any person who can drive a car can install & uninstall it in 5-10 minutes. It usually does not leave any error codes when scanned with an OBD Scanner. However it has its own advantages & disadvantages.

In the market there are numerous Tuning boxes claiming that they have the best Box. They simply claim they boost the power by crazy numbers at the same time increasing the fuel efficiency. When someone tries to purchase a box they have lots of options & claims which confuse the Potential Buyer.

To make things easy we did a full test of some available boxes. These boxes are either sourced from the makers or taken from the customers who purchased them. We tried our best to perform these tests in identical conditions.

The comparison is to check the

We chose the Fiat engine for the test as it can be called the national engine of INDIA with maximum number of vehicles ( Fiat Grande Punto, Linea, Palio, 500, Tata Indica Vista, Manza, Maruti Swift, Ritz, Dezire, SX4) running with it. The Chevrolet Beat also has the same engine with 3 Cylinders. Moreover Fiat sold 4 million units worldwide.

Cars used for the comparison are –

So it’s the customer who has to weigh down the importance of each parameter & then decide which box to go for.

The winners in each parameter –

Made a point system based ranking which makes up for a winner here. Each of these factors has 5 points.Winner in each category will get 5 points; second will get 4, so on…

The one with maximum points is crowned as the overall winner.

This is a general comparison. However depending on your order of preference the rankings will change. For example –

The cheapest is Race chip so it got more points & costliest is Unichip so it got fewer points. Race chip gave the best mileage while Tunit gave the worst. If Price & mileage are of high importance then I’ll chose Race chip.

In- gear acceleration & 0-60 are best in Pete’s so I’ll chose Pete’s if I drive only in city & performance is my only importance.

So if some 1 wants an advice to purchase a tuning box please mention order of importance for the following parameters.

We’ll be able to give you the closest match for you.

However we got a couple of new boxes coming up & some newer versions of the existing boxes which will be tested in the next few weeks & the results updated.

The Whole test is sponsored my Motul Engine Oils.

You can discuss & follow it in Motoroids TALKS section