We told you all about the 2010 Auto Expo and brought you ultimate coverage of the event in real time, like none other that you have seen ever before. But we never told you about our epic road trip to the Expo, did we? Here’s the ‘behind the scenes’ story of how Motoroids can never really get enough of cars or of driving them.

You might call us wackos, but when we planned our trip to the Expo, driving from Pune to Delhi never seemed like a crazy idea to us. Going to Delhi by car was always our first and completely natural choice. The guys at Fiat were gracious enough to lend us a car and that was it, we were good and ready. But being pressed for time, we had to make both our Pune-Delhi as well as the return run in under a day each. That meant driving non-stop throughout the night. Of course, we did make stops to eat and pee, but other than that we did go 1600 kms non stop either way. 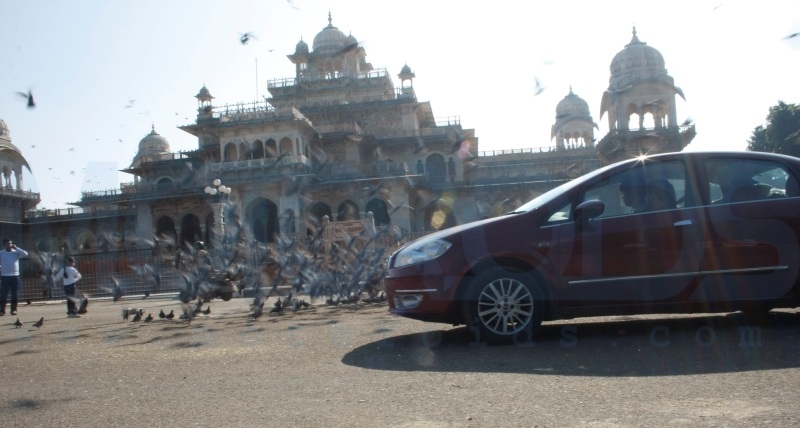 Going at full blast on the arrow straight highways is fun for a while, but after a few hours into the journey the endless tarmac does start getting onto your nerves. We drove through four different states and through night and day. We started with the best bit of road in the country the Pune-Mumbai expressway. It is surprising that even in the pitch dark, you can tell which state you are in just by the quality of the roads underneath. Gujarat has by far the best roads. It feels like the state is some 5 years ahead of any other Indian state in terms of development. Rajasthan is not bad either. But it really gets worse and worse until you reach right into the heart of Delhi. 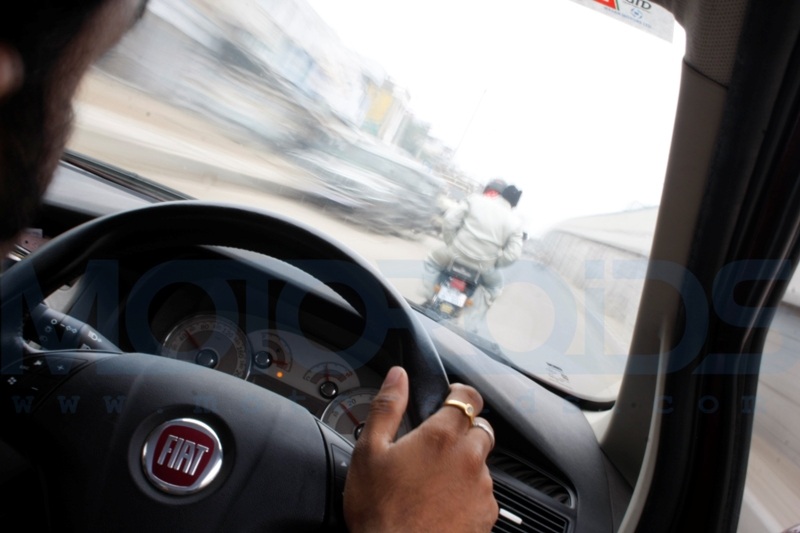 Driving 24 hours at a stretch is not a joke. Even after having four drivers in the car and taking turns at the wheel, by the time we reached our destination we were at our wit’s end. But it was an experience that will remain with me for a long, long time. And for the 2012 Expo, we won’t think twice before doing the same thing again, albeit at a more leisurely pace and with some overnight stops. 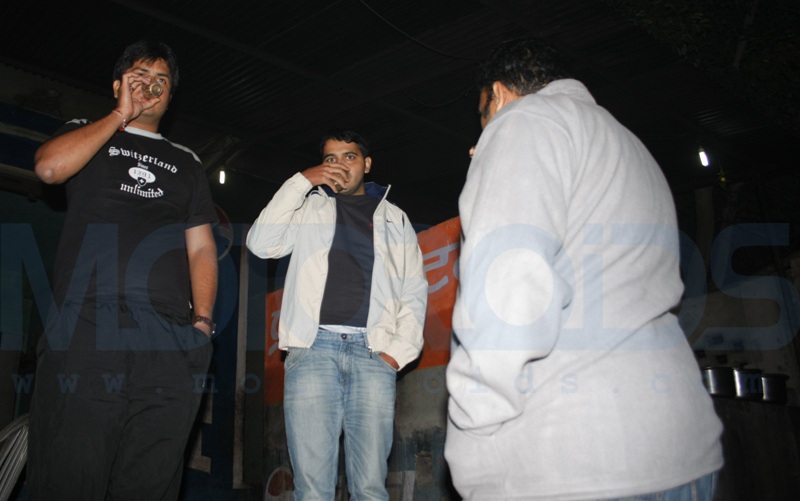 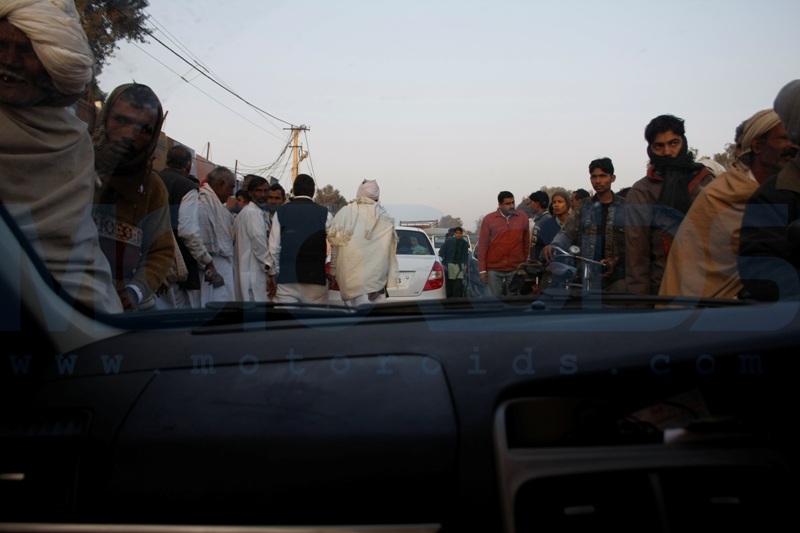 The Linea is an utterly gorgeous looking piece of metal, no 2 ways about it. Often I wonder if the laws of genetics also apply to cars. I have never found out the reason why anything and everything penned by those Italians looks so achingly beautiful. The only rule I can observe is that of the inheritance of conventional good looks. After gawking at the Linea’s perfect form from every angle, I pull open the door and the sense of occasion is somewhat lost. The interiors feel like a bit of a letdown, but only because the exteriors lead you into expecting much more from the car. 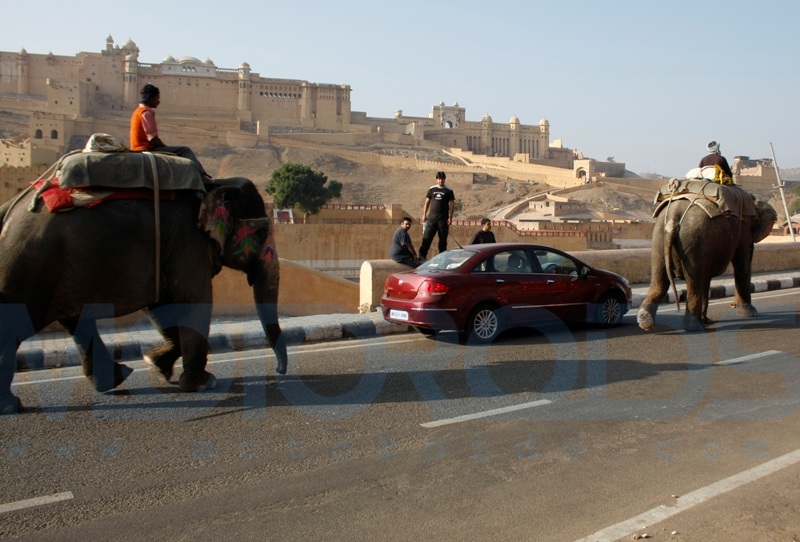 If judged on their own merit, the interiors reasonably well styled and well made. Our car had been used and abused by the entire journalist fraternity but hardly showed any signs of wear and tear. A dual tone, beige & black color scheme has been used to good effect and makes the interiors feel bigger than they actually are. Inspite of being the only car in its class longer than 4.5 meters, the interior space is surprisingly tight. Over long distances, we found the rear bench much more comfortable than the front seats which caused lumbar pains to whoever sat in them irrespective of the person’s height and weight. 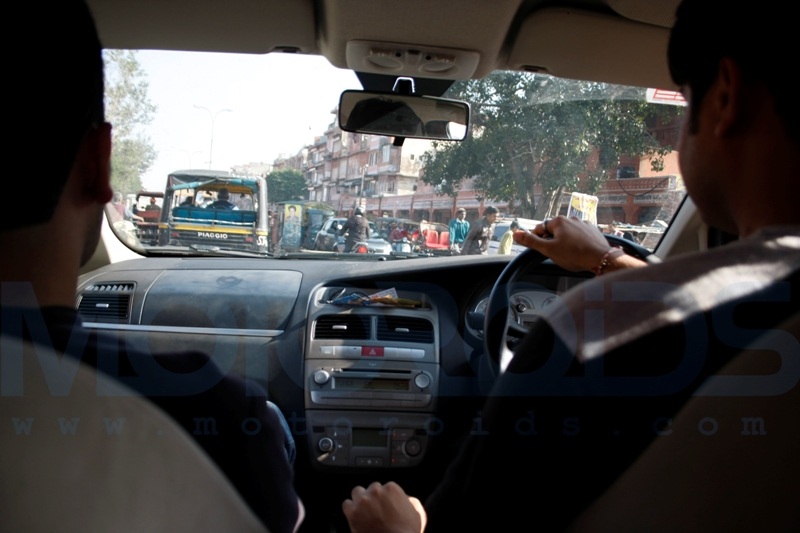 At 1.2 tonne, the Linea is by no means a light car. The 1.4 litre, 84 bhp petrol engine is a peaky unit. It revs enthusiastically and sounds sweet at the top of its rev range. It also delivers some nice turn of speed near the redline. But, it doesn’t have enough firepower to move the Linea’s considerable girth unless you give it the beans. Not only does this make it a difficult car to drive around town, but it also makes it a less than ideal highway cruiser. Even the gearbox was a bit notchy than what one has come to expect from the cars in this segment. 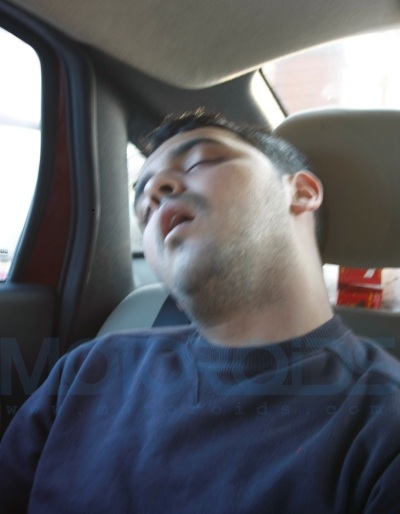 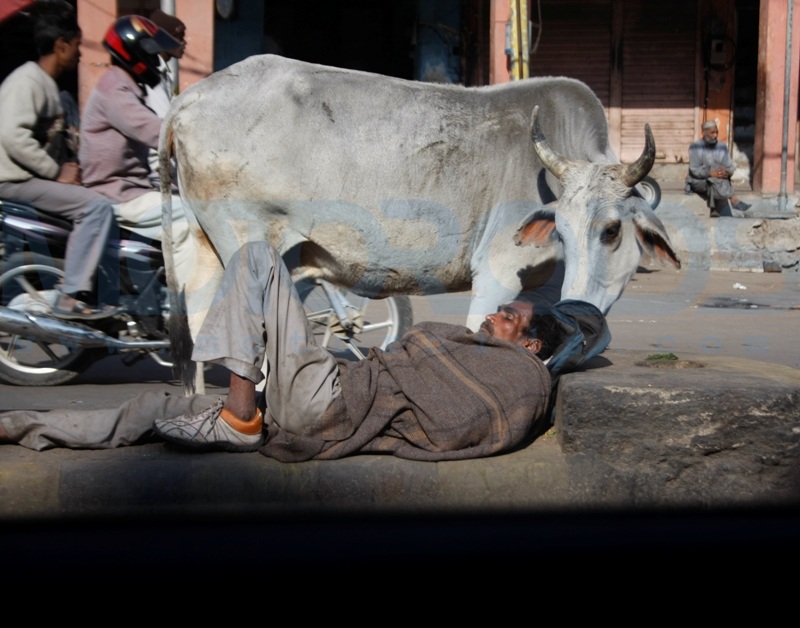 Fiat should for once make up their mind about the 1.4 T-Jet engines and get it here as soon as possible, until then the Honda City will continue to make mince meat of it’s competition. The buyer’s priorities in this segment have certainly changed. If he is buying a petrol car he expects it to out-drag the hordes of diesel saloons at the traffic light GPs. No wonder then that the new Honda City is selling much better than its predecessor inspite of being nowhere near as fuel efficient as the old one and the Fiesta variant which got the boot was infact the one with the smaller petrol engine. 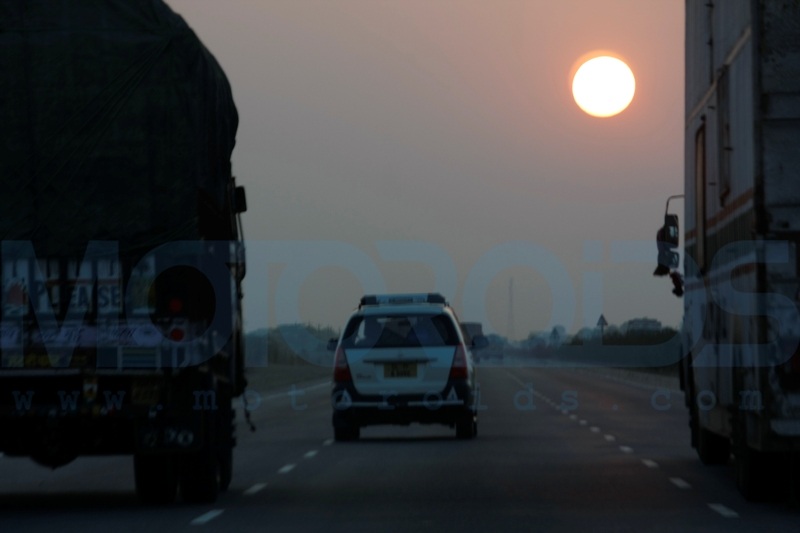 The Linea has one of the best underpinnings of any mid-size sedan. It is not just marketing babble when Fiat says that Linea’s underpinnings have been developed according to the needs of developing nations. The ride is quiet and pliant. It’s composure on rough roads at high speeds is a revelation. You would never dare to tackle the unfinished sections of the quadrilateral in say a Honda City, the way you can in the Linea. It feels like it can weather such conditions for thousands of kilometers. The handling too is equally impressive. It has bags of grip and fights understeer with a steadfast determination. It has definitely set a new benchmark for dynamics in its class. But its hatchback underpinnings become apparent after a limit. The comparatively short wheelbase for such a long car causes excessive body movement at high speeds, and takes its toll on back muscles.

Inspite of giving it a thorough thrashing on the highways, the Linea consistently returned around 13 kpl. However, being on a petrol diet meant that we spent a lot of money on fuel bills. But then the top of the Line Emotion variant replete with the much publicized Blue and Me (which didn’t play the songs on our USB dongle, by the way) retails for under 8.5 lakh(On-Road), a good one lakh rupees cheaper than the base City. 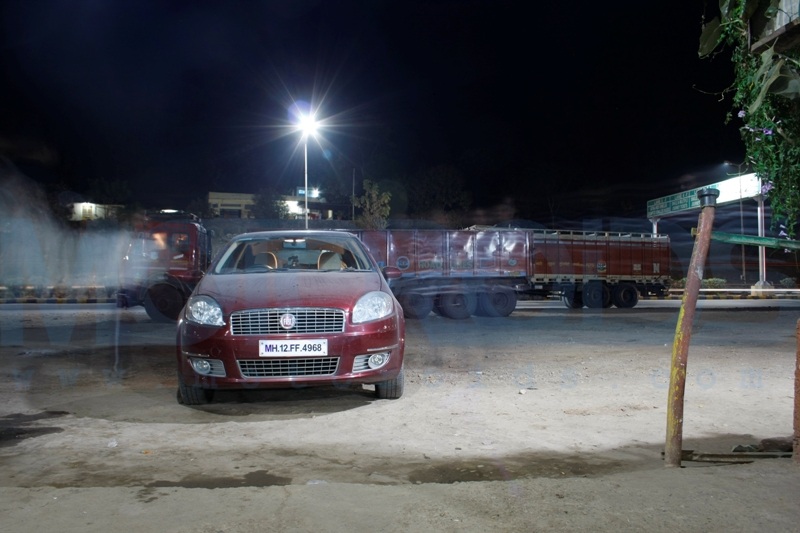 Overall, the Linea 1.4 petrol can be an enjoyable experience for short weekend getaways on twisty roads, or it can be your daily commuter with unmatched style and that too at a very reasonable price. But if you are thinking about doing some insane cross-country expedition like ours, we suggest you shell out for a bigger, beefier beast.