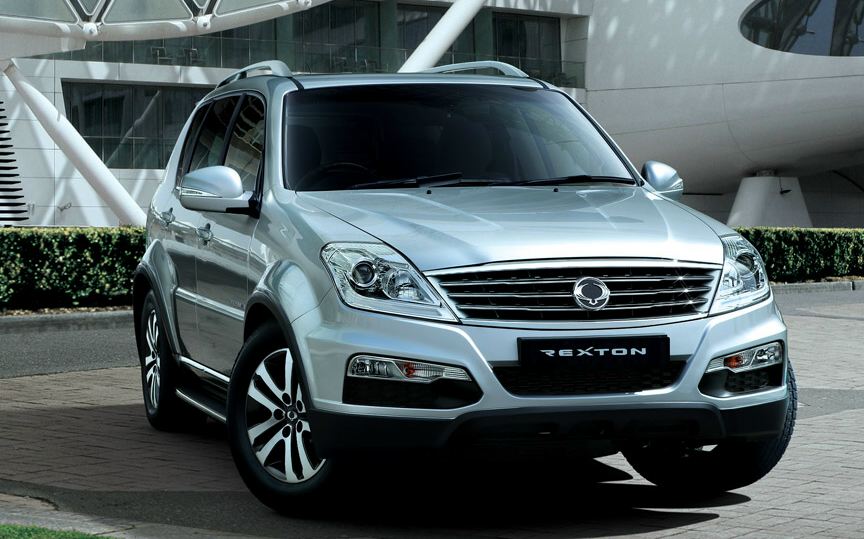 Mahindra-Ssangyong have launched their Rexton SUV to India with much fanfare, and here we are putting this review up based on our interaction with the car today at the launch event. Rexton – the big, burly machine is packed tight with features and has a choice of thumping diesel powertrains to boot. In its all-new ‘W’ avatar, the Rexton looks rather good too, unlike its Rexton III predecessor which was displeasing to the eye to say the least. Priced at Rs 17.77 ex-Mumbai for the base RX5 variant and 19.67 for the top end RX7 variant, the Rexton seems to have got it right on the pricing front too. So does the new SUV have all the right ingredients to further inflate the already burgeoning Mahindra sales numbers, or does it have its own set of flaws which may become its undoing? Let’s take a closer look.
Design and aesthetics 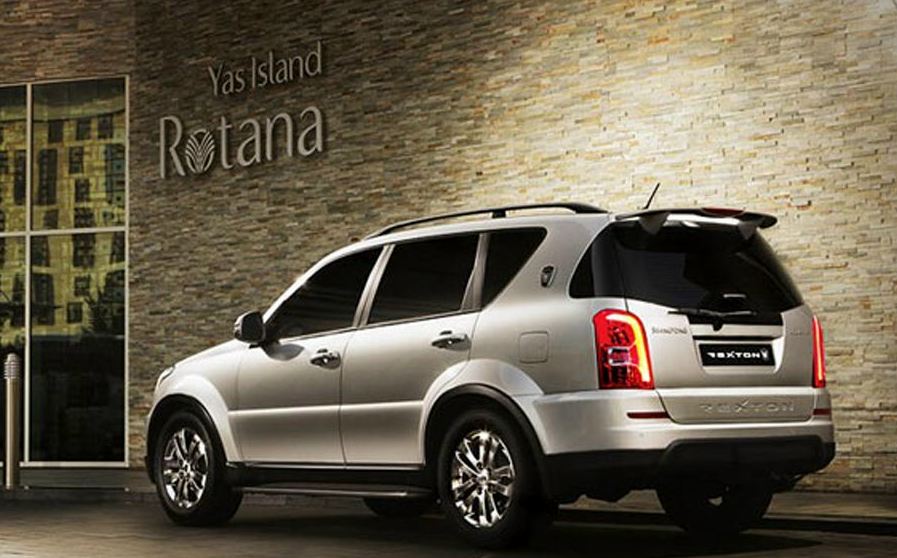 The New Rexton W, which was revealed a few months back is a major departure from the oddball looks of its Rexton III predecessor. It’s a better proportioned and more conventionally styled machine with a balanced design. The face of the car is dominated by its huge grille, laden in chrome in a bid to exude premium character. Two strong creases tapering through the length of the bonnet pass through the cury grille to add some strength to the face. The bumper, housing angular, and wide central and side air dams (doubling up as fog lamp housings) further adds an air of aggression to the front. The Sssangyong logo, which actually is a representation of two intertwined dragons rising up towards heaven, sits right in the middle of the chrome splattered grille. Under the front bumper you have a black plastic undercladding to aid off-roading.

In profile, the exaggerated wheel arches add some beef around the wheels. The flared arches carry through the length of the car via the doors. The Rexton also features a unique D pillar with wraparound rear windshield – a really interesting detail. The wide, horizontally oriented rear windshield is offset by the vertical lamps. In my opinion, the rear may have looked more appealing with a horizontal tail-lamp design. The Rexton looks okay from the rear, but with a shorter rear overhang and better attention to detail it could well have had a sexier rump. 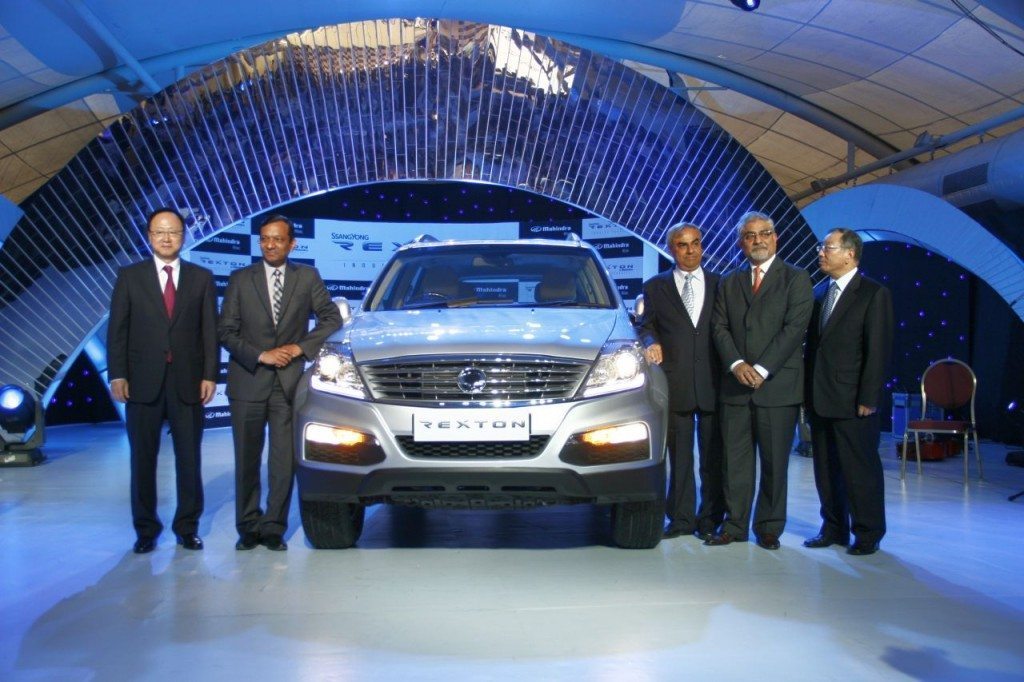 As a whole, the Rexton is a great leap forward for Ssangyong, a company which thanks to the erstwhile Korean auto design culture, is credited with creating some of most ungainly cars in the world (Rodius for one).  Times have changed now, though, and Ssangyong is taken huge strides forward as regards design with designs such as the XIV concept. The Rexton looks like a well proportioned machine from plenty of angles, and should be able to turn heads in India given its size and liberal use of chrome throughout its exterior. It may not be able to please those with an evolved taste though. 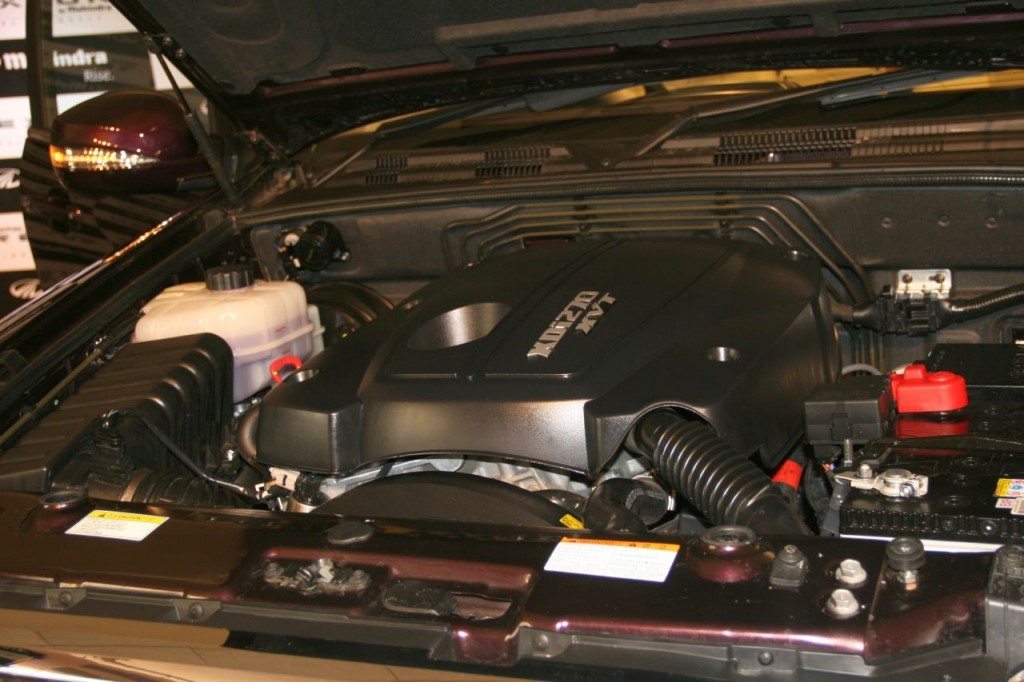 The Rexton is powered by Mercedes-Benz derived 2.7 liter 5 cylinder diesel engine which boasts above par power and torque outputs for the class. The RX5 and RX7 variants are powered by the 2.7 liter engine in two different states on tune. While the RX5 dishes out 162bhp and 340 Nm of torque, the RX7 version has class leading 184 bhp of power and 402 Nm of peak torque. The torque curve of the RX7 is also flatter and spread over a lowly 1600-3000 rpm as against RX5’s band of slightly peakier 1800-3250. The engines, even with their high output, are not known to be the smoothest of the lot though.

Transmission duties for Ssangyong Rexton RX5 are taken care of by a 5 speed manual unit, while the RX7 delivers power to the wheels via a 5 speed E-tronic automatic. Manual shifts are possible too via either the manual mode on the shifter stick or through the shifter buttons on the steering wheel. Don’t expect this automatic to excite you though as it’s a rather slow unit with a tendency to hang on to gears for no reason. 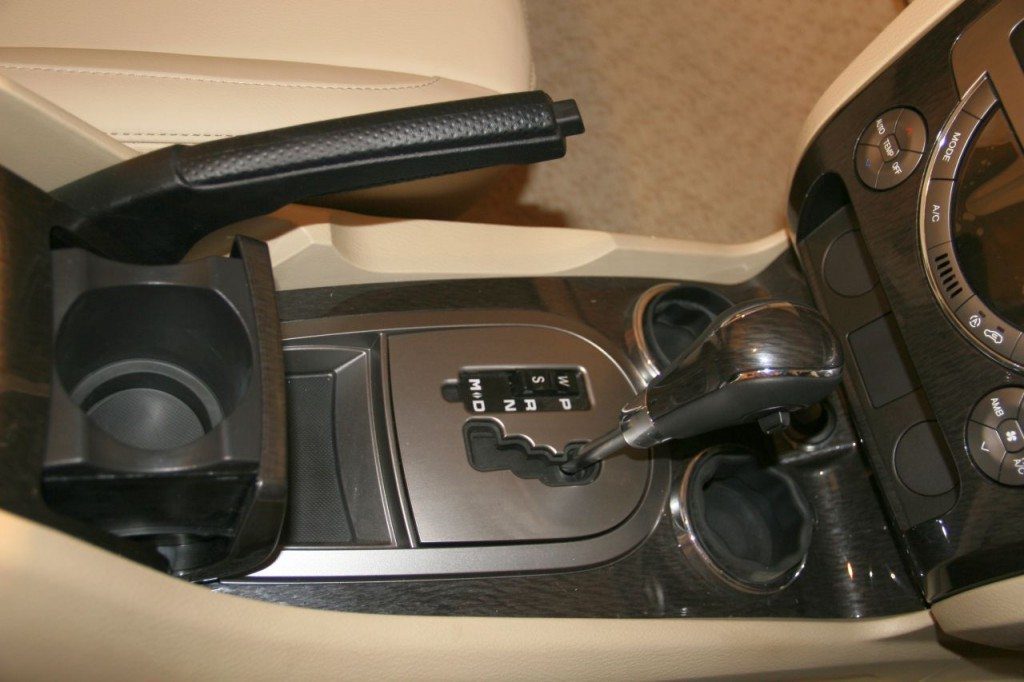 There is some difference in the off-roading capabilities of the two variants as well. The RX5 comes with a torque on demand 4×4 drivetrain, while the RX7 offers All Wheel Drive. With an enormous ground clearance of 252mm, however, both the vehicles should be able to literally sail over even the roughest of broken patches.
The ARAI certified fuel efficiency for the two variants is 12.4 kmpl and 11.18 kmpl respectively. Strictly average figures those, which should translate in real world efficiencies of reasonably lower than the kmpl mark. 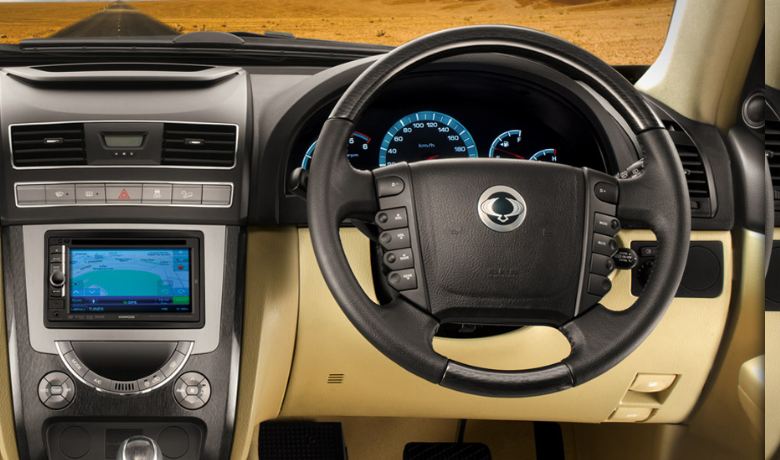 Both the Rexton variants are fairly well equipped. Some of the most mentionable features on the Rexton are:
Rexton X5 features

Over and above the features of the RX5, the RX7 offers some additional features listed below

The cabin is nicely appointed and quality of plastics used is of a good quality for the price. Second row has good kneeroom, but lacks in under thigh support. Third row doesn’t have enough space to seat grown-ups. Aklso, with the third row up, there is hardly any boot space left. You can probably store two (very) small suitcases there. 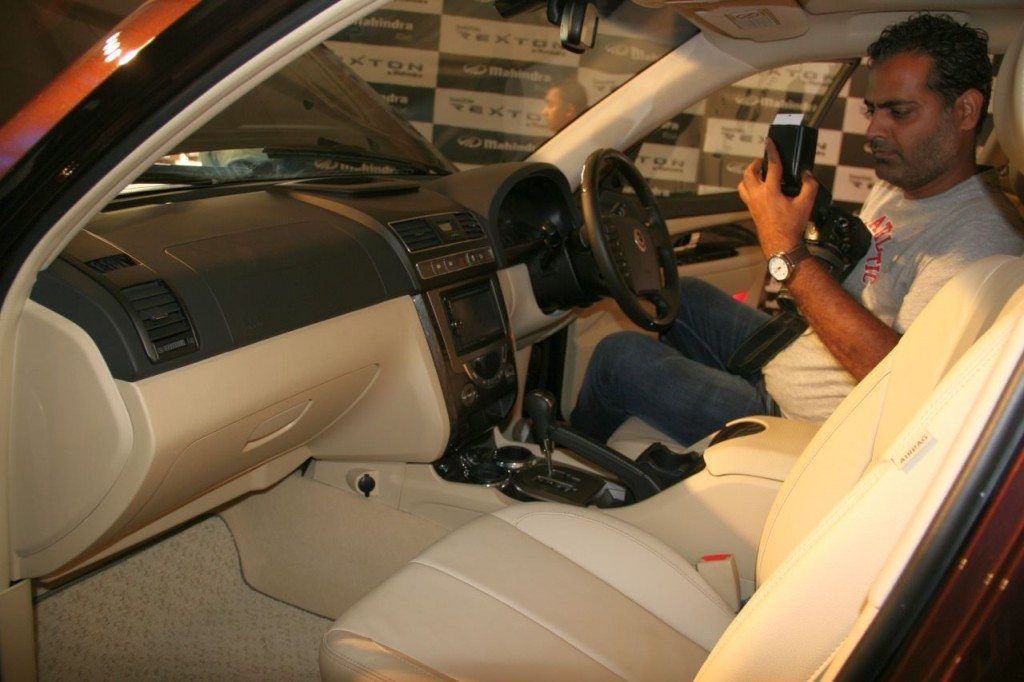 Ride quality is reported to be one of the high points of the Rexton, and it should delight the comfort seekers with its plush ride. Handling isn’t supposed to be too great though with huge amounts of body roll.

The Rexton delivers oodles of value in the higher bracket of the Indian SUV segment. It offers more features and power than most of its competitors. Moreover, it’s promoted by Mahindra, who are making no bones in declaring that the prices for spares and service would be more economical than any of the competitors in the segment. On paper, the Rexton seems to have a tick against all the boxes that matter here in our market. We cannot comment whether the car has any real deal breakers as regards the drive quality, as we have not sampled the machine yet. We should, however, get hold of the vehicle soon enough. Trust us to give you the final verdict then. Watch this space! 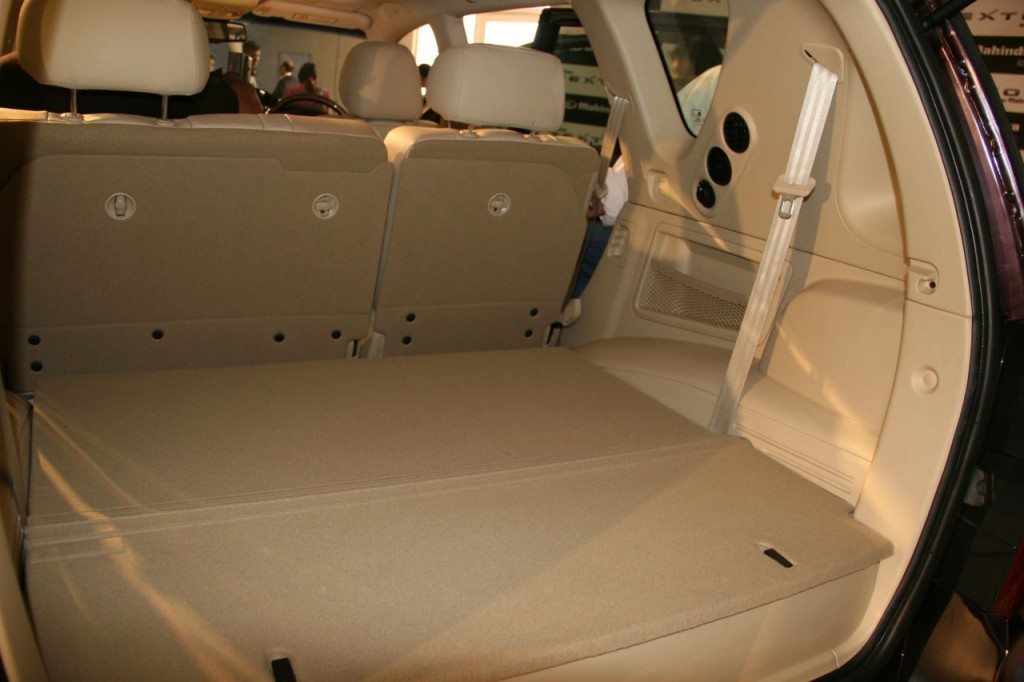 Ample boot space after dropping the third row of seats. 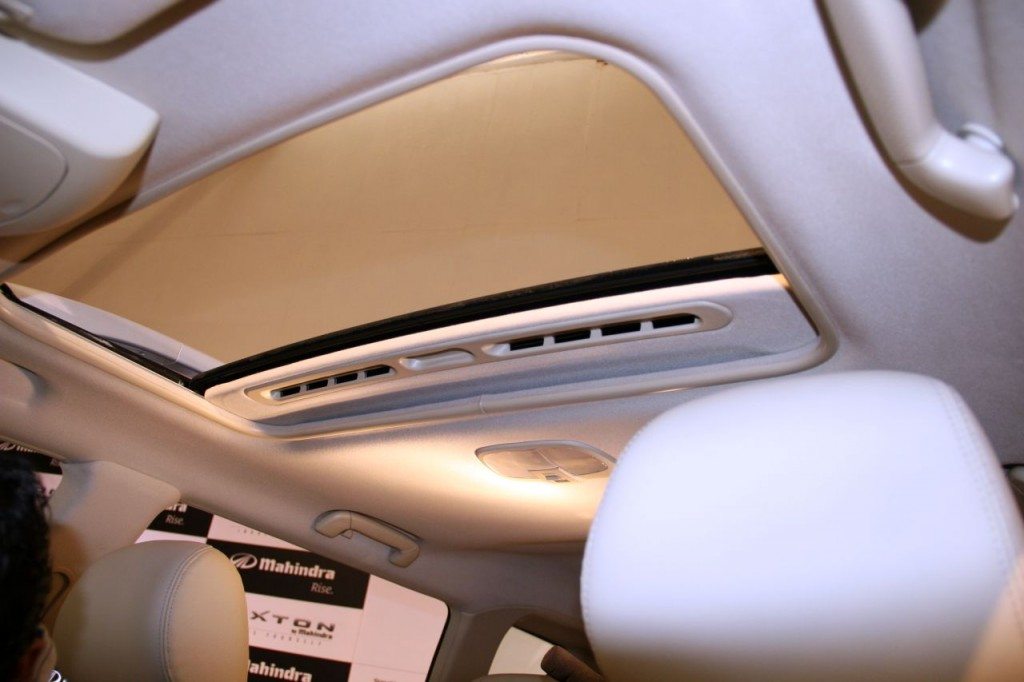 Electric sunroof available only in top of the line RX7 variant 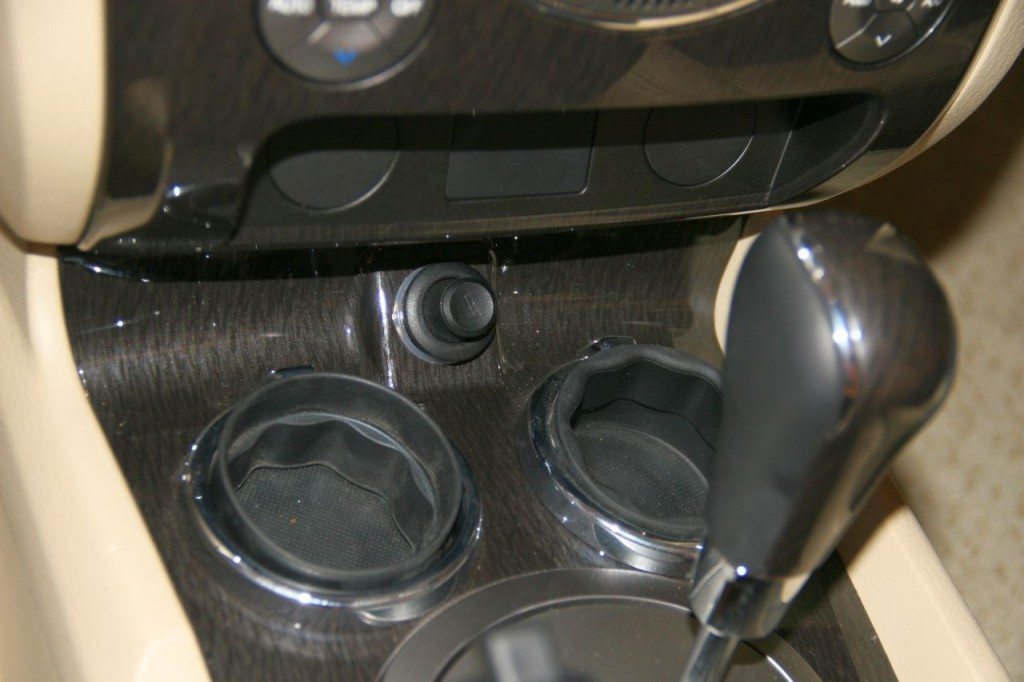 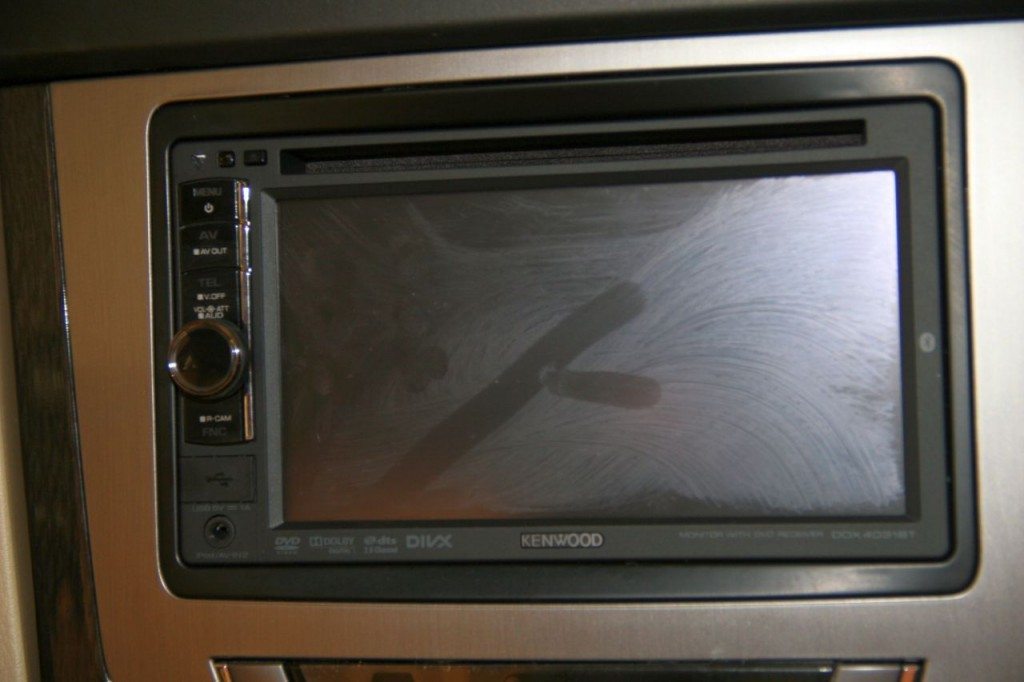 6.1 inch touch screen infotainment screen comes with pre-loaded maps for navigation. Would play videos too, but only when the car is stationary 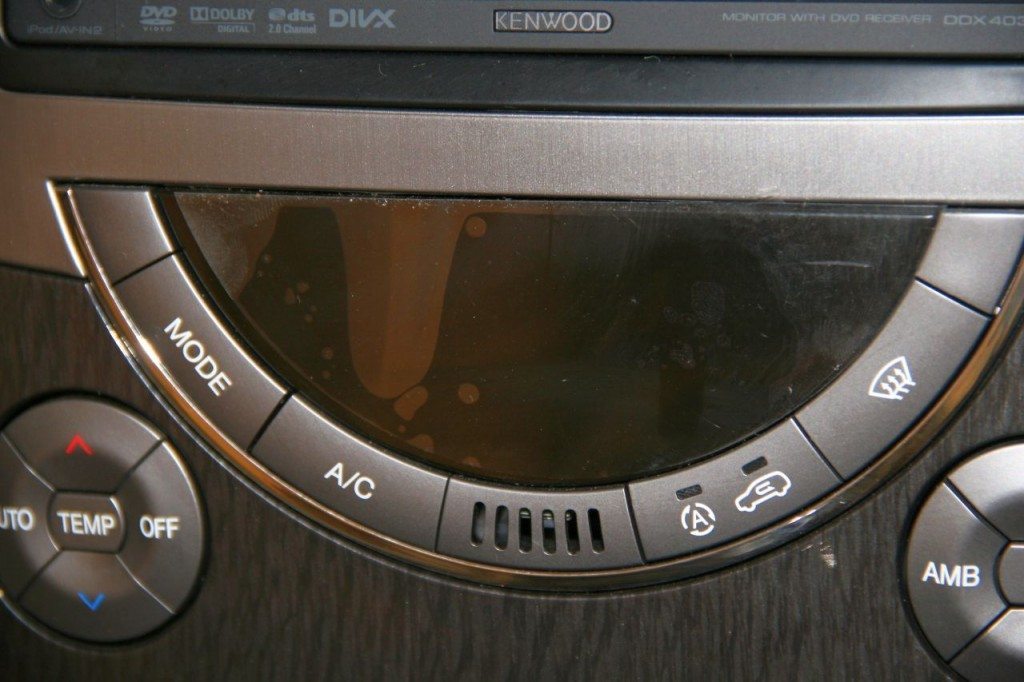 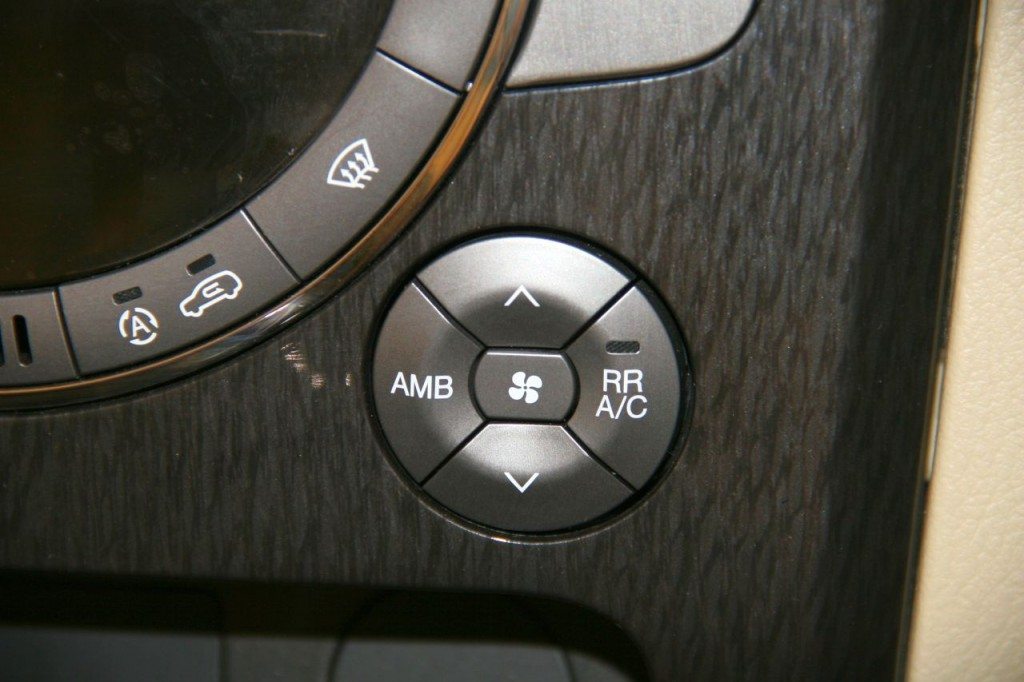 AC/ controls panel is a unique design. Plastics aren’t of top quality but good enough for the class. 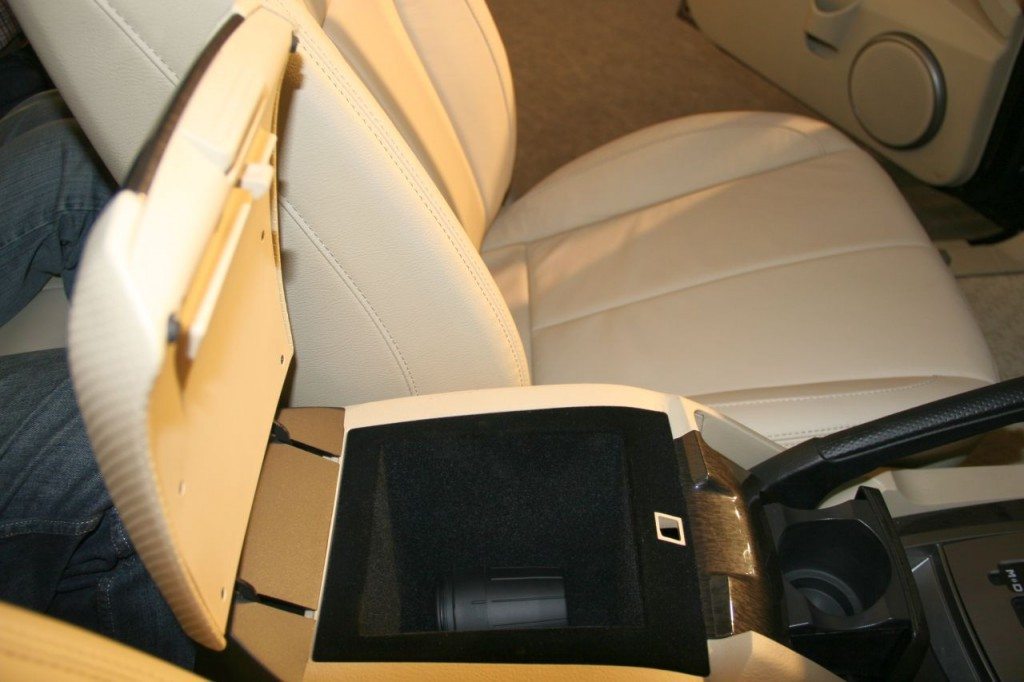 Additional storage between the front two seats. There is a third cup holder too. 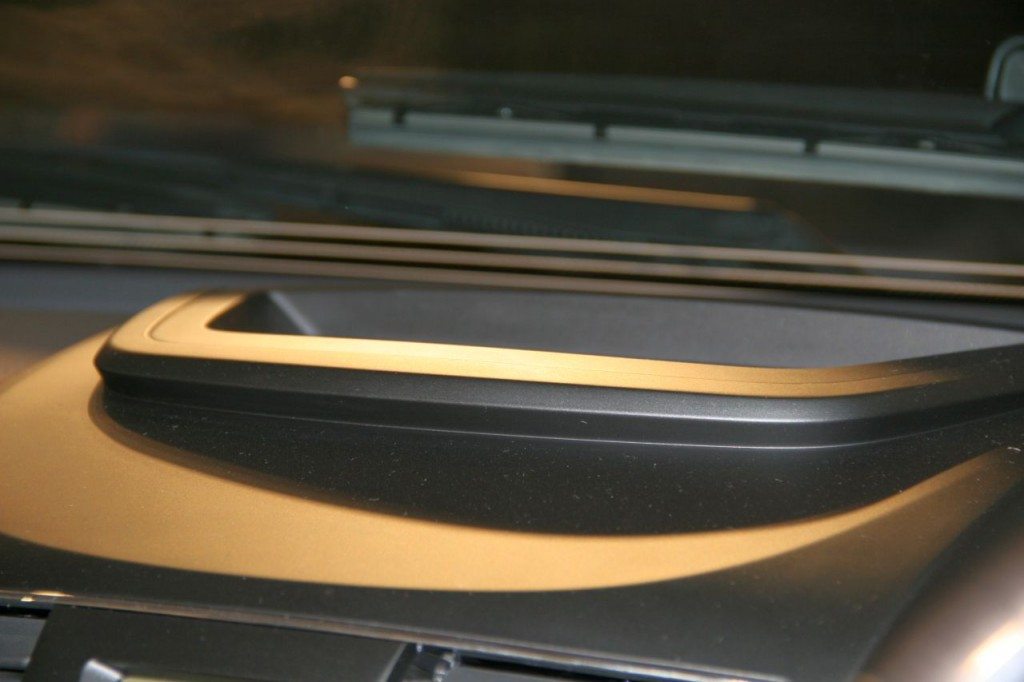 More space above the dashboard to keep items such as wallet, cellphone etc 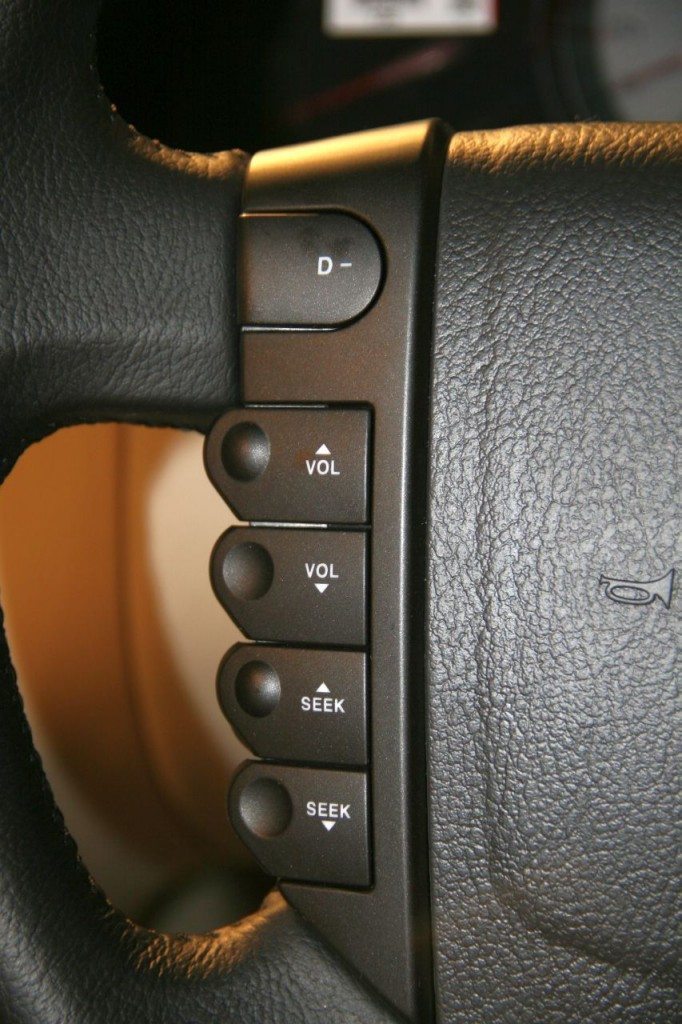 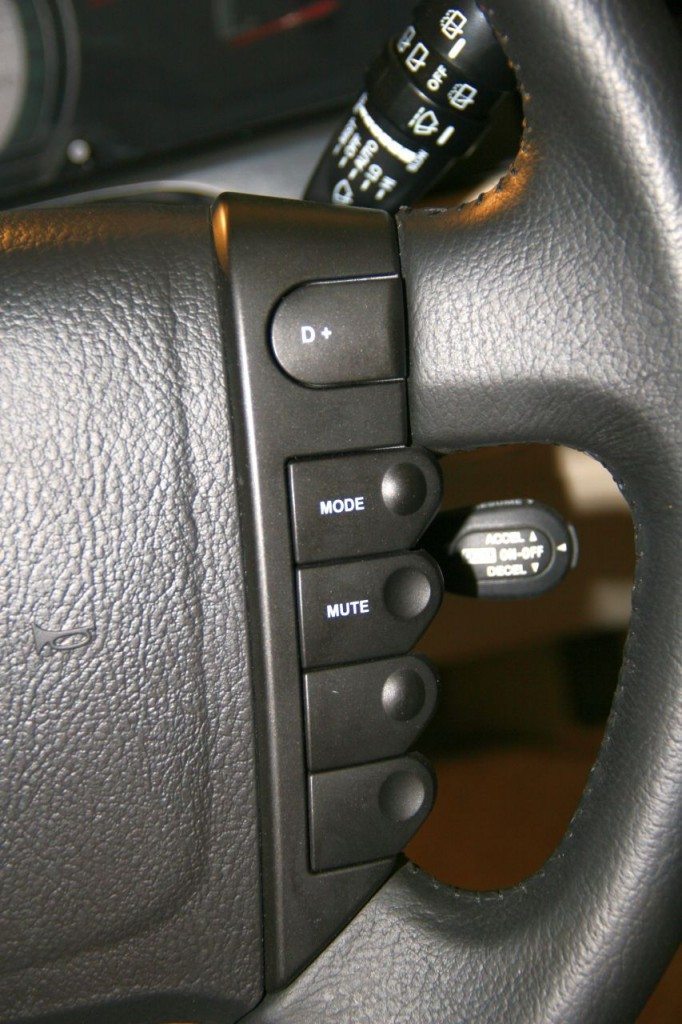 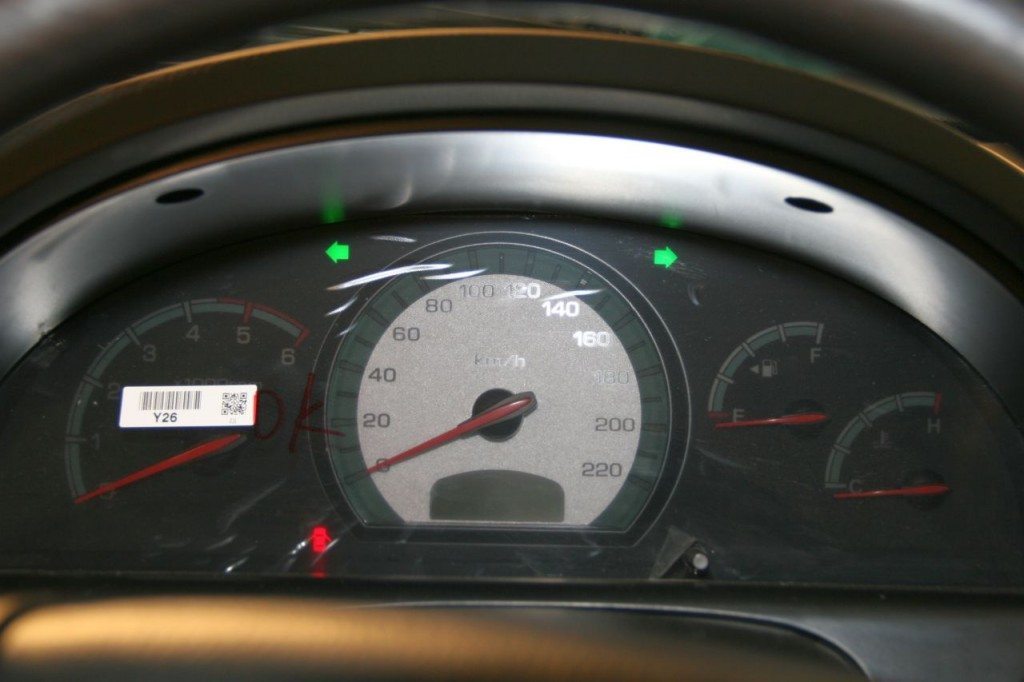 Instrument panel is quite basic in terms of design and functionality for such a feature laden car. No trip computer visible here 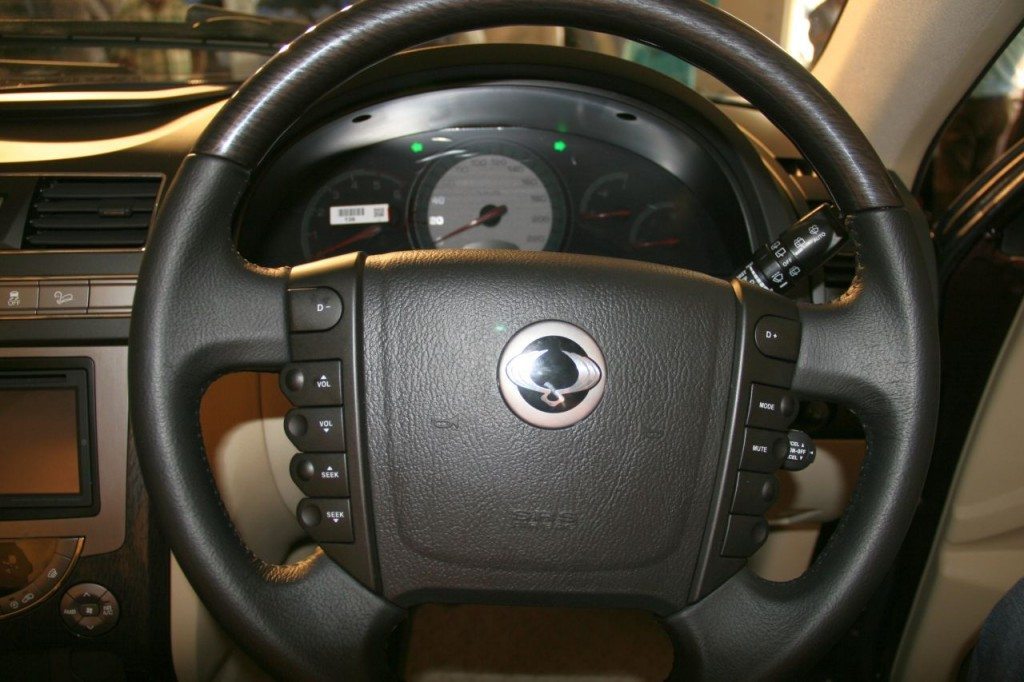 The four spoke steering wheel, with its vertically stacked controls is quite unique 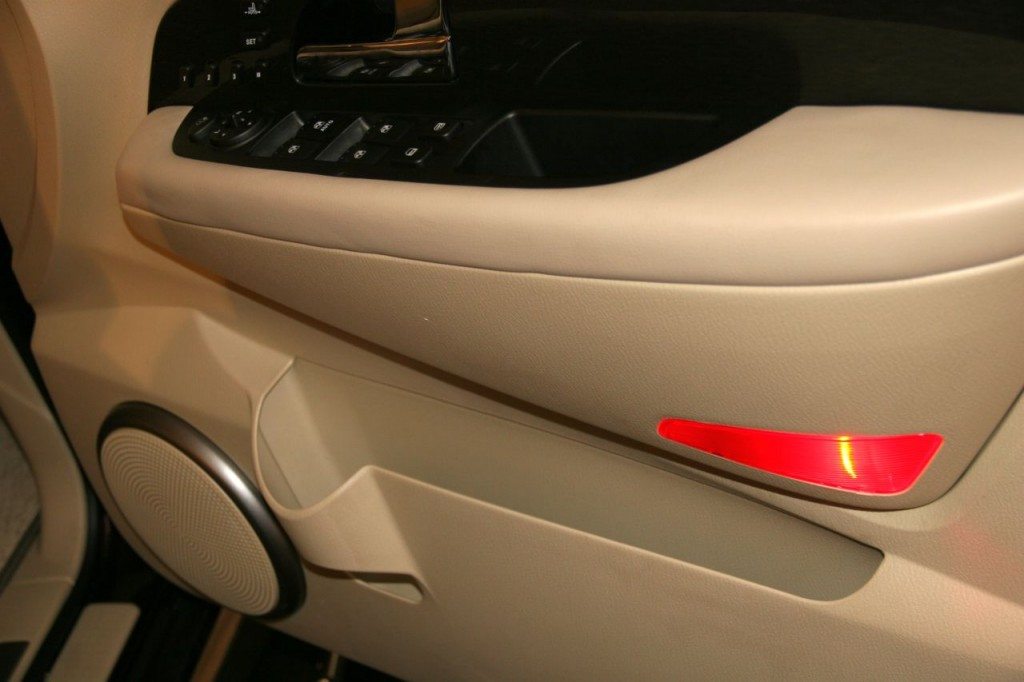 Space for a 1-liter bottle in the front door panel 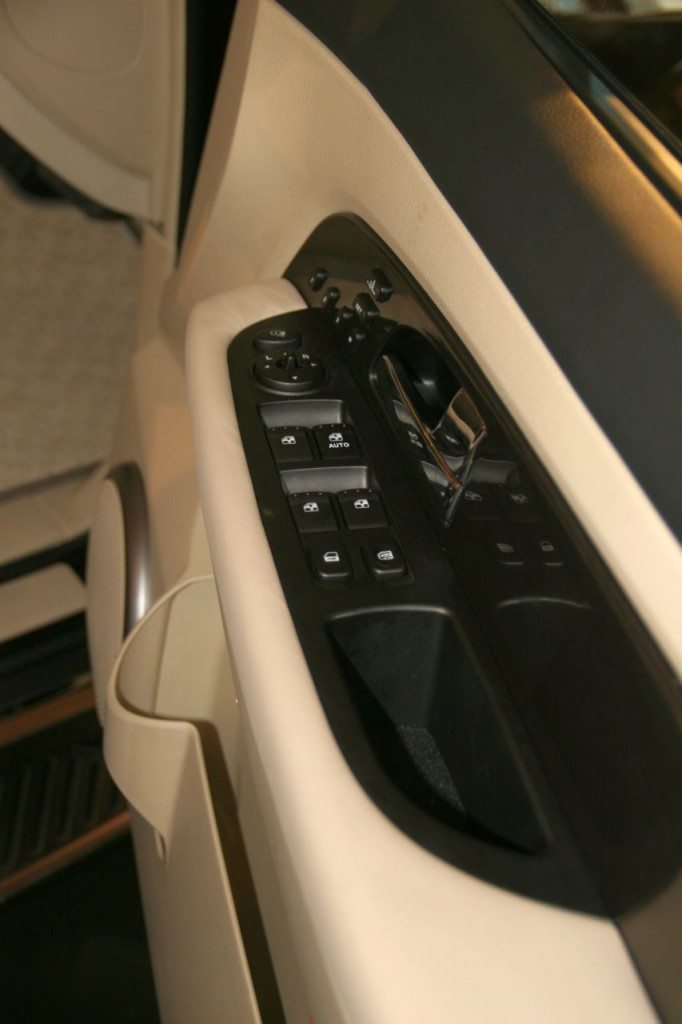 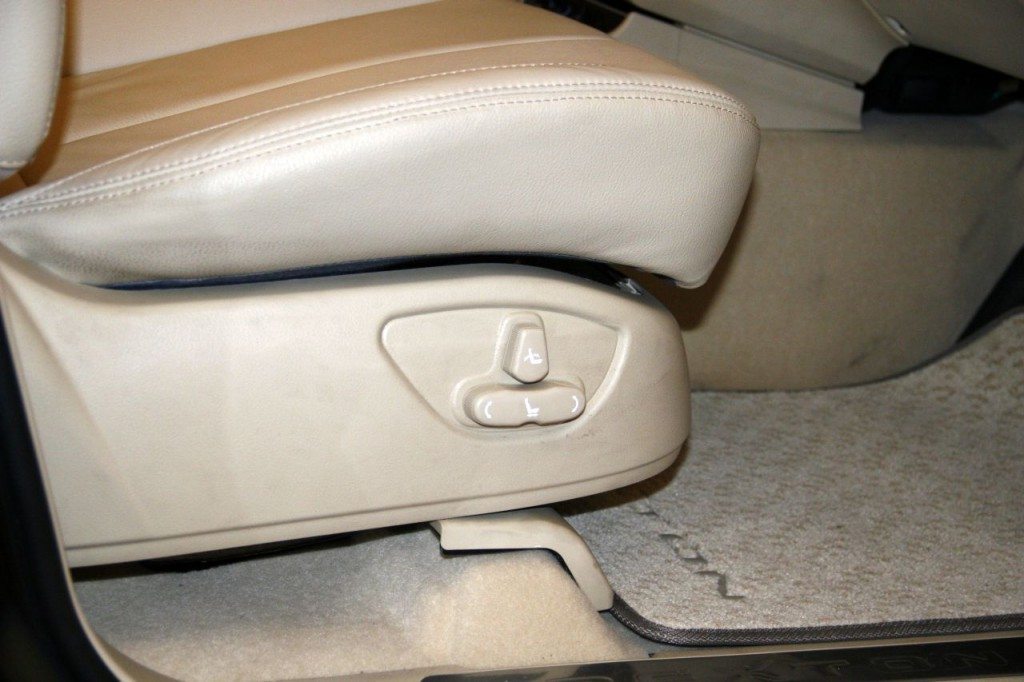 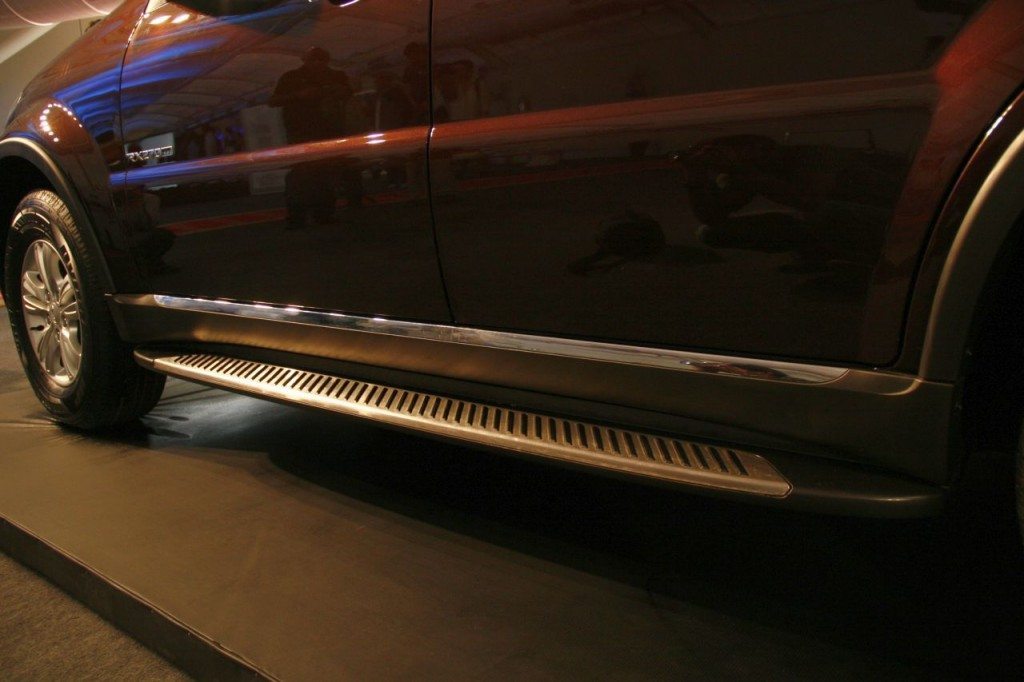 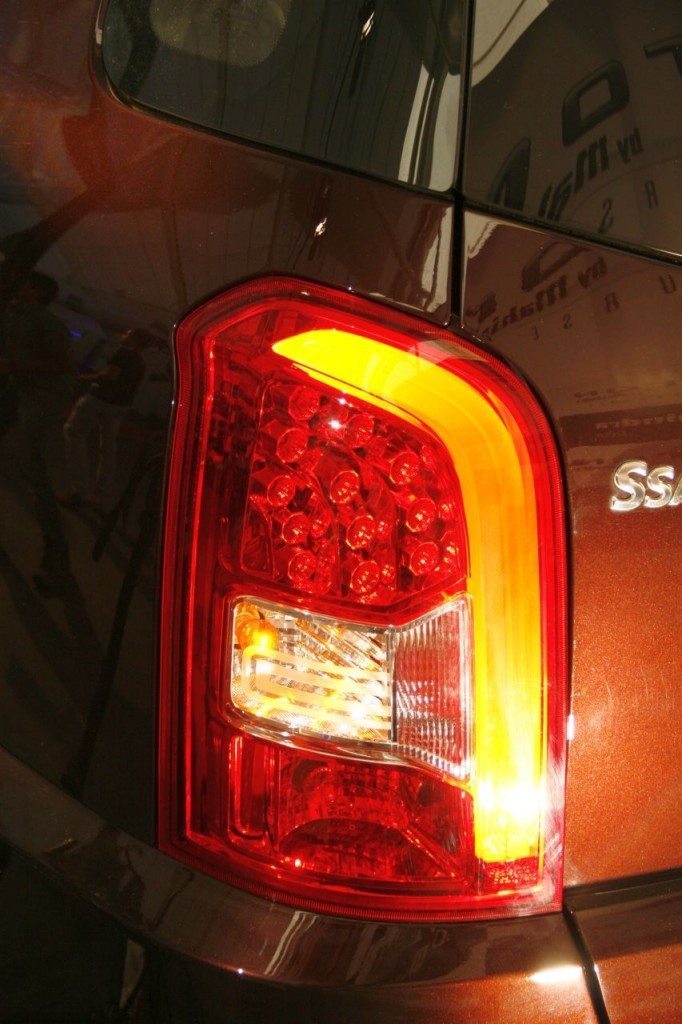 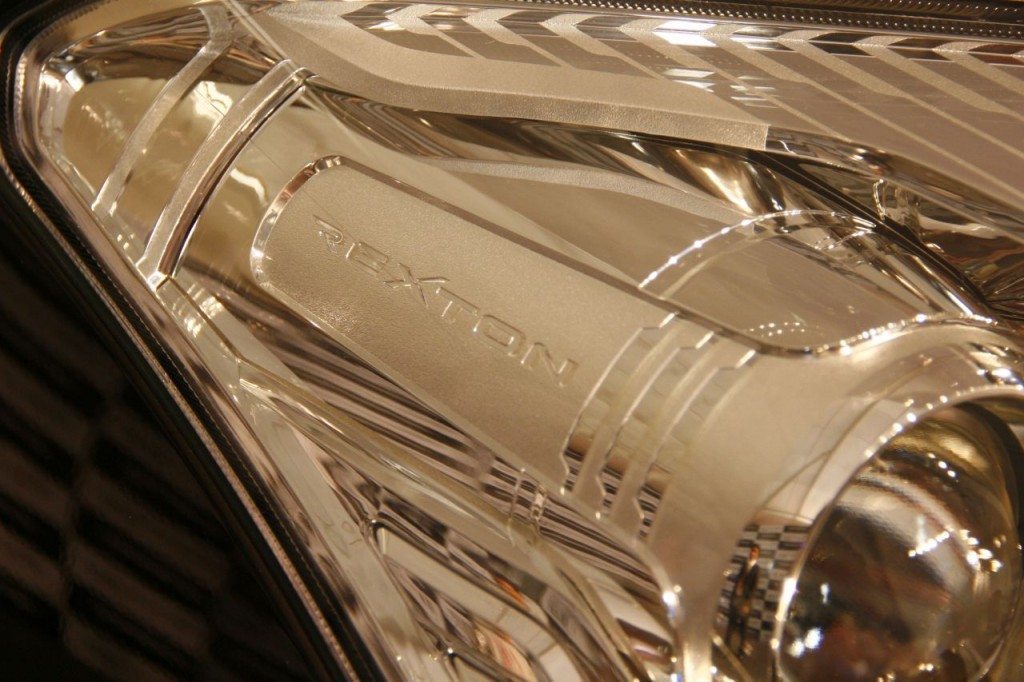 Rexton inscription within the headlamp unit 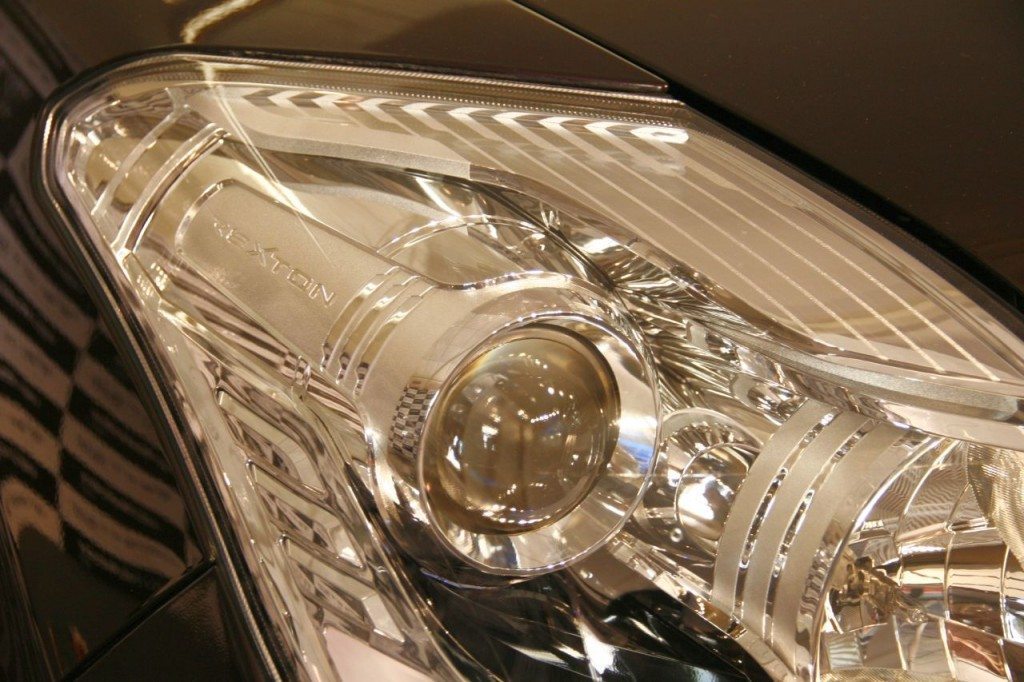 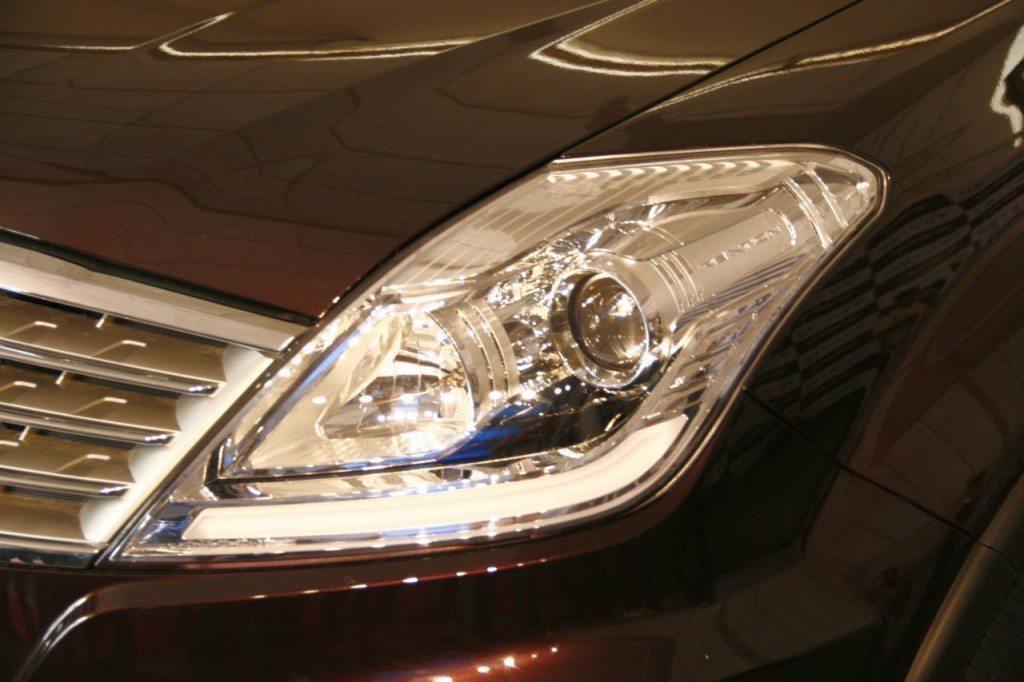 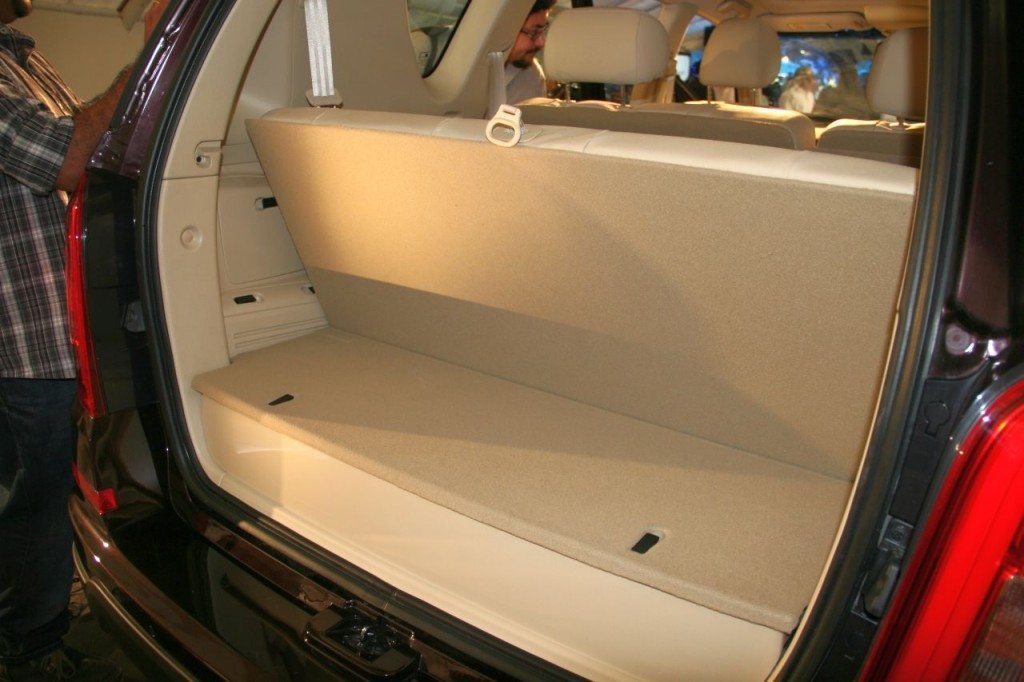 Little space for luggage with the third row up 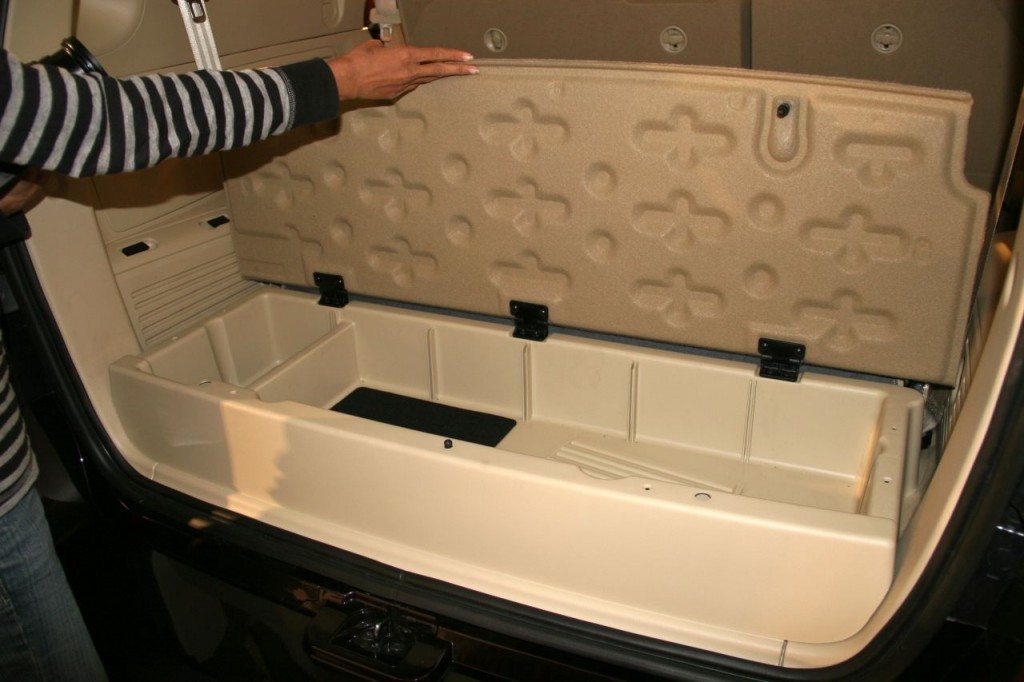 Flip open the boot for some more storage volume. 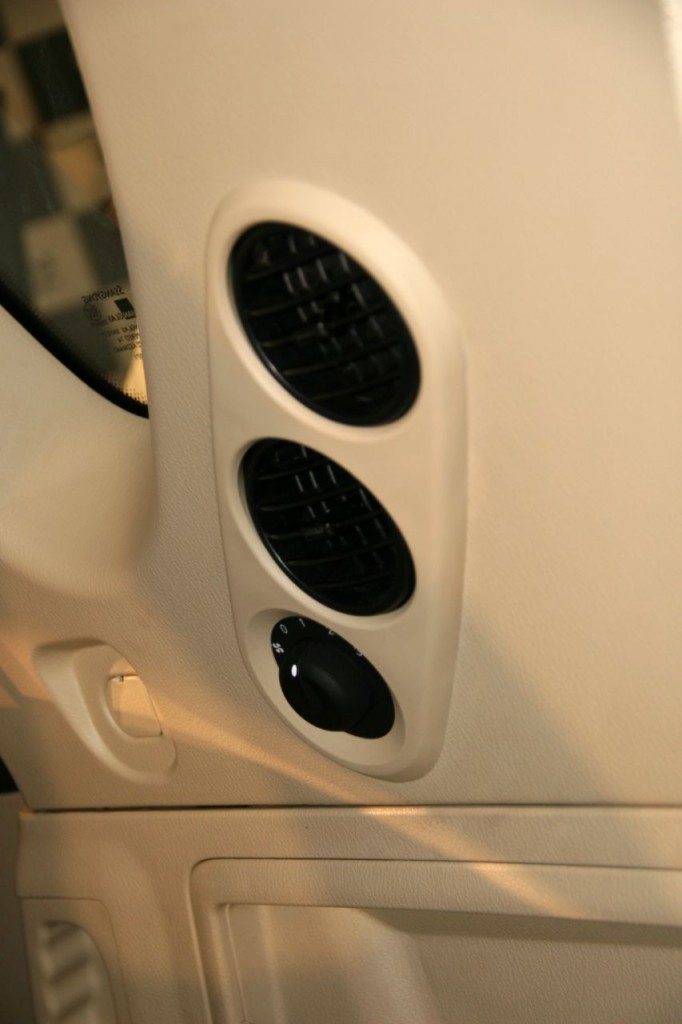