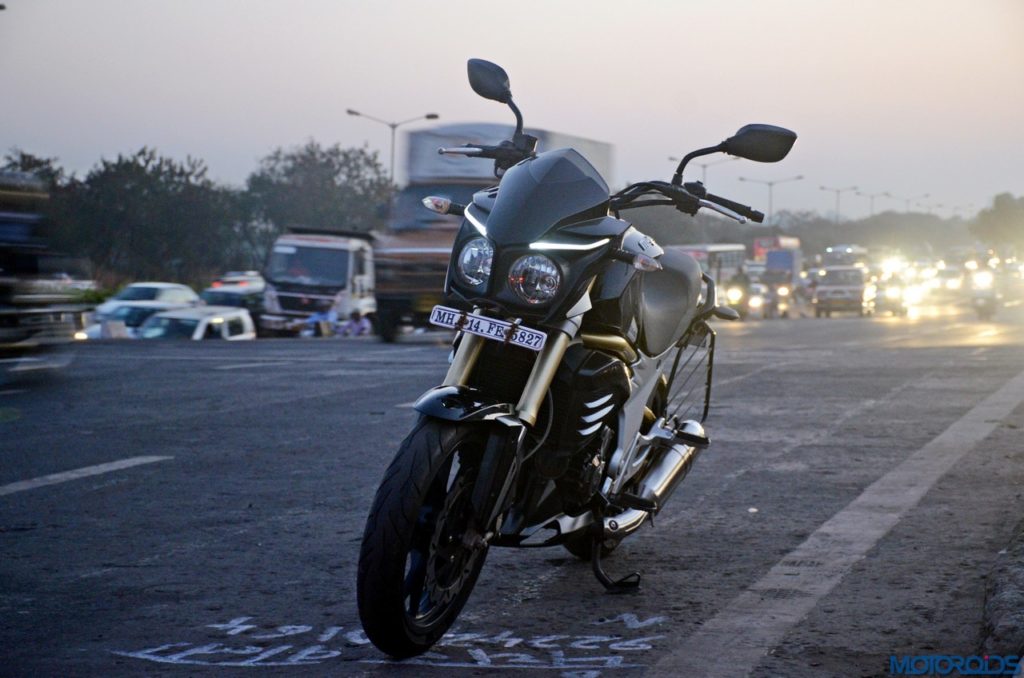 Now that it is long gone, the thought of it breaks my lips into a smile. The Mojo had its quirks, but it was one of a kind. Be it the way it looked, or be it the way it went down the road, its character and persona remain unmatched.

Things that make the Mojo special: 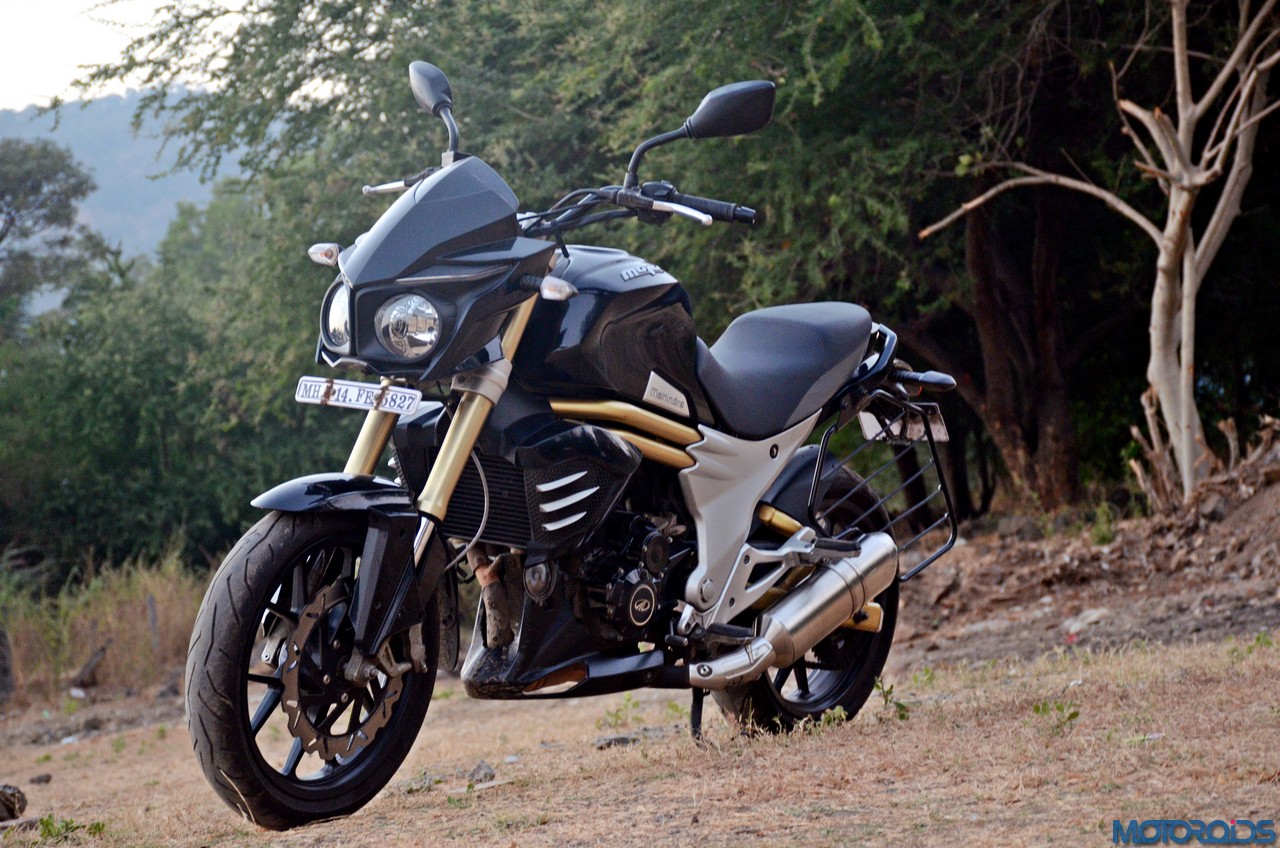 The way it looks. The styling might not have been to everyone’s tastes, but in black, the Mojo stood out amongst a sea of mundane commuters and the ubiquitous Royal Enfield. I’ve had inquisitive riders ask me all sorts of questions about the Mojo. The sheer size of it and the relative rarity made heads turn in abundance. I sincerely didn’t mind all that attention. 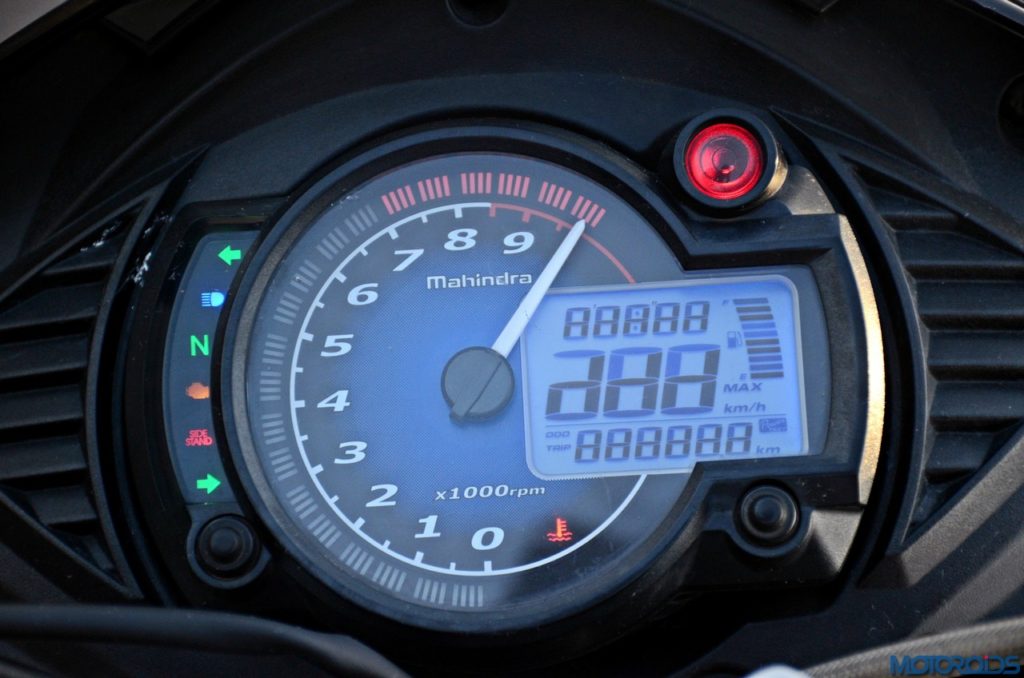 The instrument cluster had fancy lights that followed the tachometer needle like a comet’s trail; a quirk that I liked. 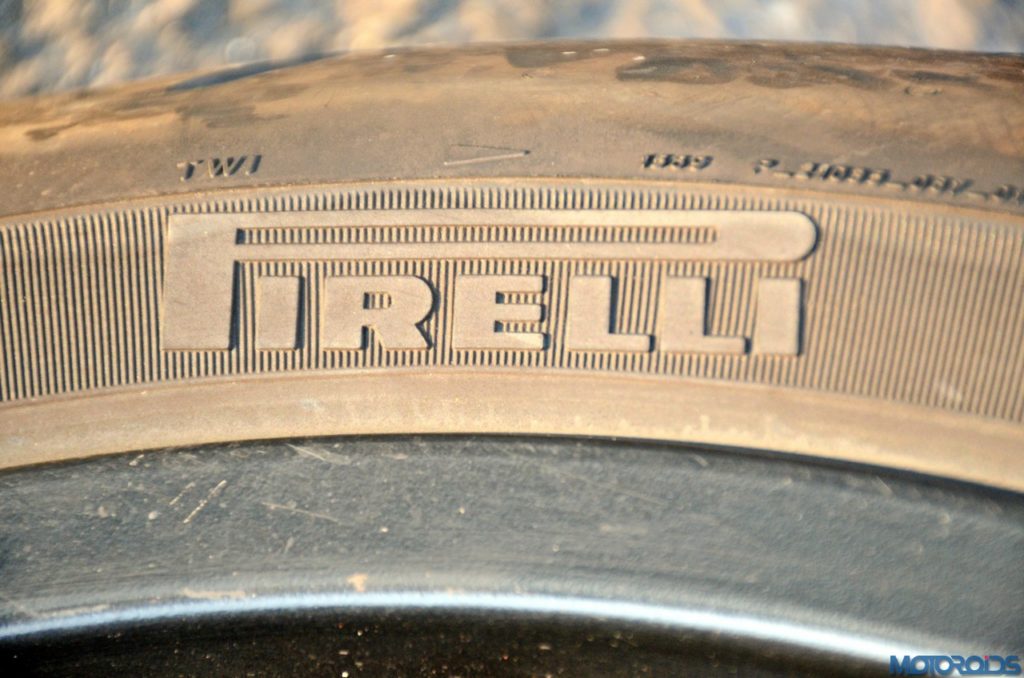 Not for once, the size of that thing made me feel like it’s a bit of a handful in traffic. Once you get used to its workings, it’s pretty easy to flick it through traffic, which goes to say that the chassis is inherently well balanced. 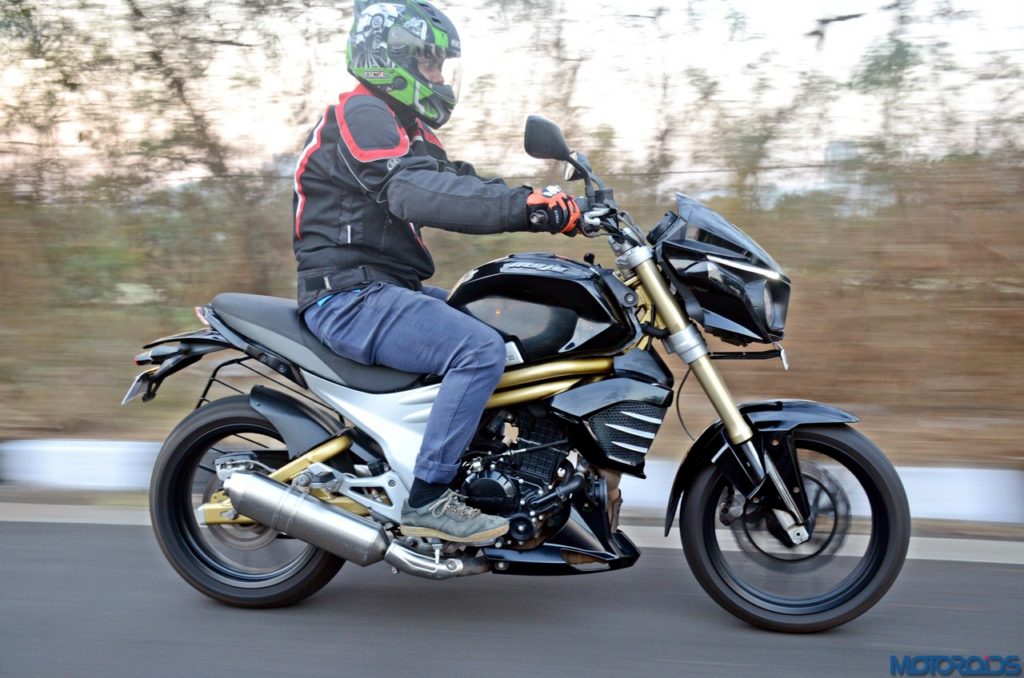 The Mojo’s handling might not be a canyon carver’s delight, but its’ rock solid in a straight line and can gobble miles without a worry in the world. It doesn’t mind leaning into corners, and feels natural doing so. The side stand does come in the way at times though, by scraping the tarmac and reminding you that the Mojo’s corner carving limits have been reached. 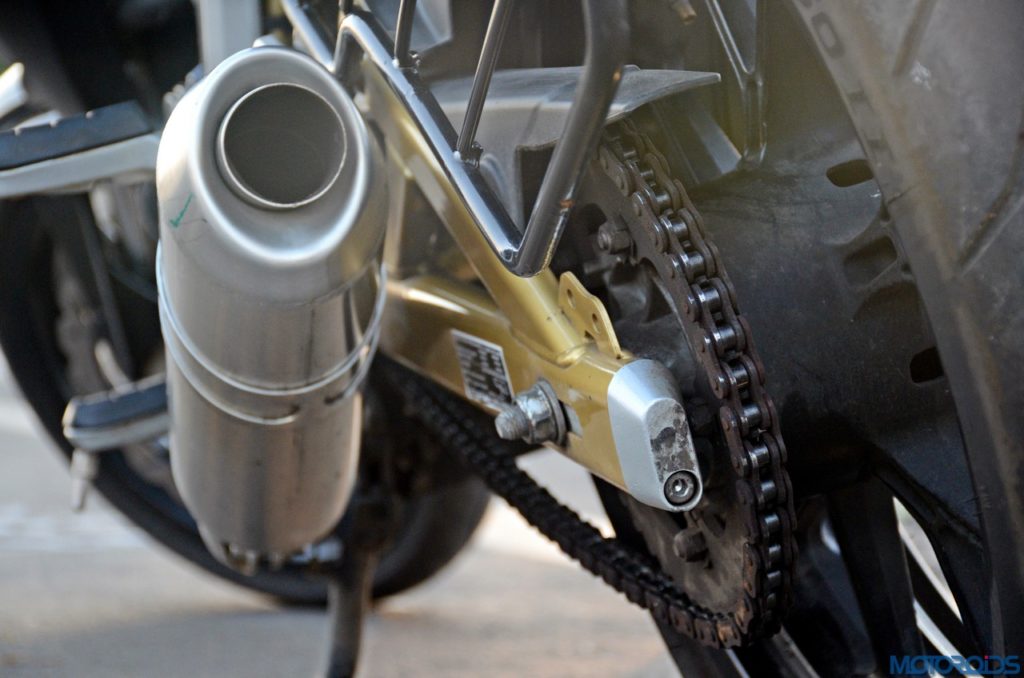 I absolutely loved the way the Mojo sounds. For those who don’t know, by removing the dB killers (the devices that keep sound levels in check), the sound gets raunchier (and way louder). With addictive pops and crackles on the overrun, the Mojo’s symphony will embarrass many a RE’s tune. 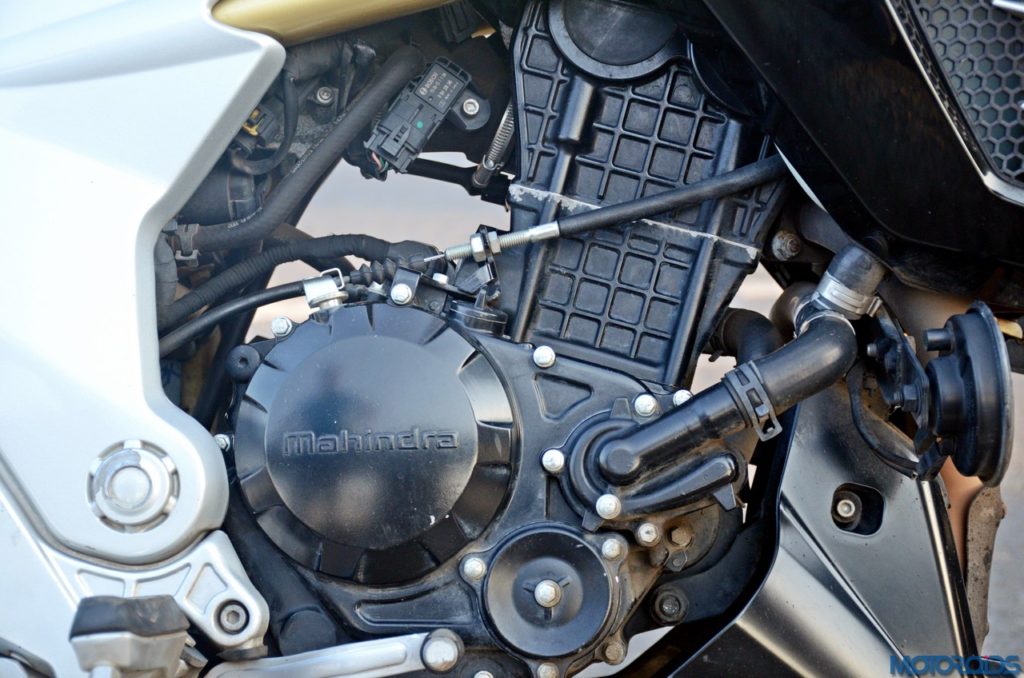 The mill was commendably smooth and refined, with hardly any vibrations creeping in through the handlebars or foot pegs – even when you’d redline it in every gear. 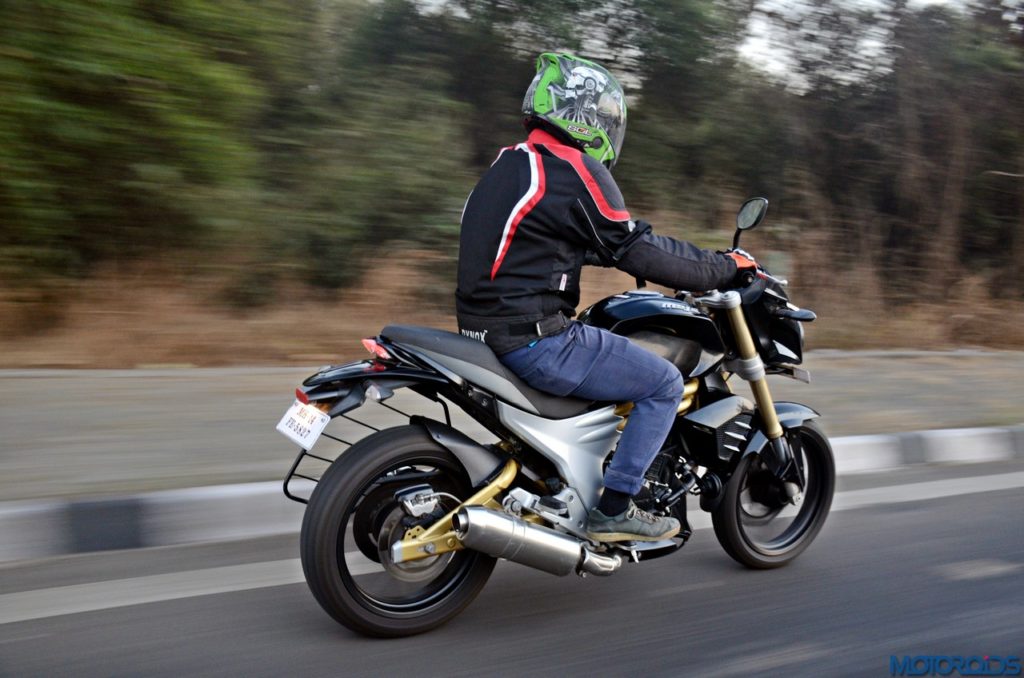 It had a long legged gait, the Mojo. While the mill was responsive enough, it didn’t slingshot you from Point A to Point B. There was easy going hustle, but one that was also thick and meaty, as the mid-range is pretty juicy.

My only grouse with the motor was that it had a tendency to heat up a bit, especially in traffic. 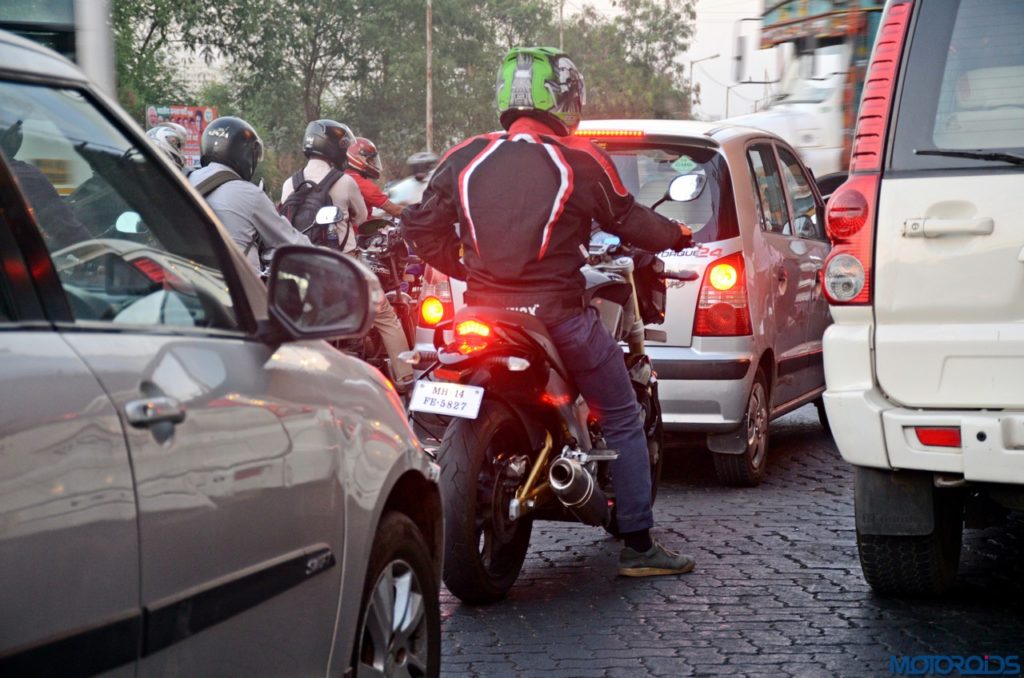 At sixth gear, the 100 km/h cruising speed could be reached at around 5,500 rpm. Fuel efficiency was pretty good too, and I used to get a decent 30 kmpl all along, despite all the atrocities I subjected that throttle to.

Much as I loved the Mojo, there were a few things that could have been better: 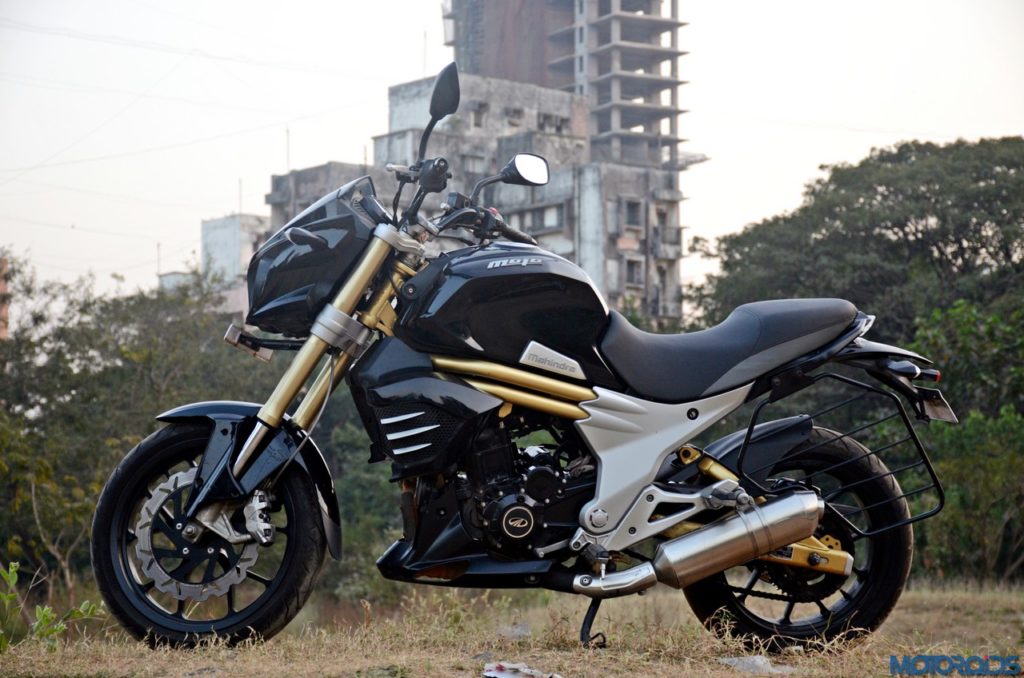 By the time the bike went back, the front forks were losing their lubrication and the thuds from the potholes were filtering in more perceptibly than before 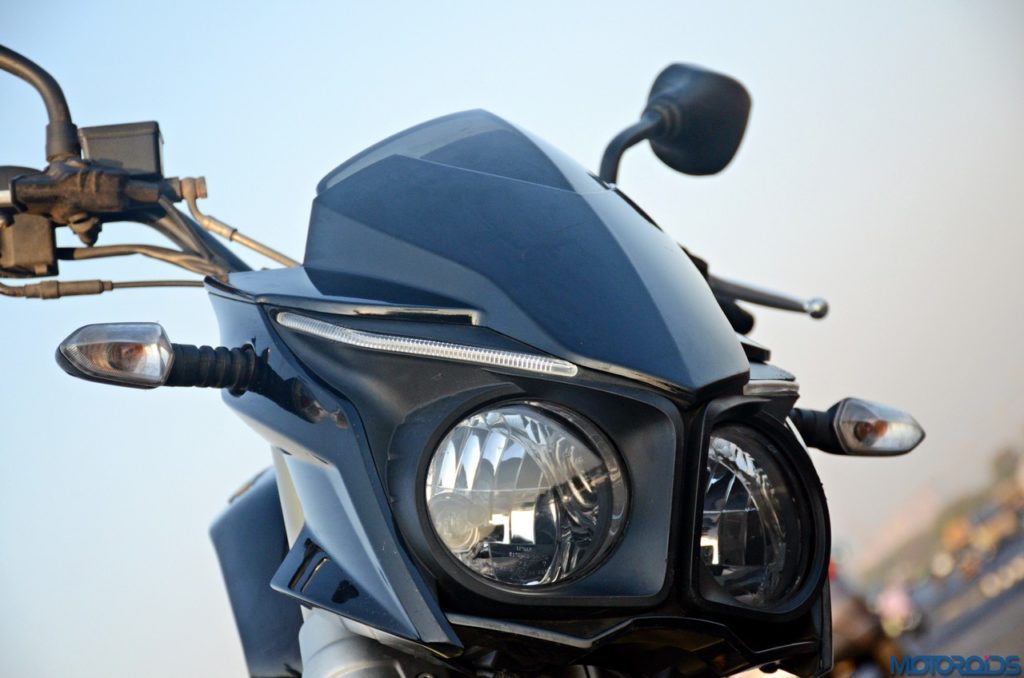 The headlamps had both their beams (high and low) rated at 35 Watts, which came across as a bit lacking for a touring motorcycle. On a pitch dark section of road, you’d have hoped for stronger illumination. Also, during the last period of its tenure, the headlamps sometimes refused to light up owing to electrical system acting silly at times. This had effect on other electrical components such as the electric starter as well. 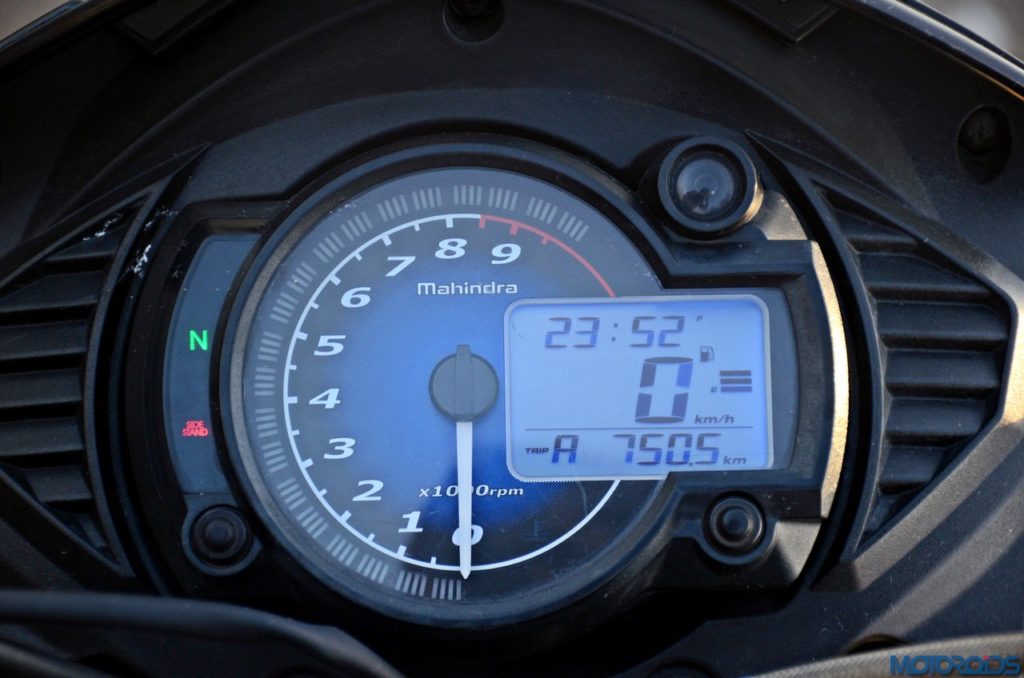 The fuel gauge also had a tendency to act up. It’d blink in angst for fuel even if the massive 21-litre fuel tank was more than a quarter full. At times, when you could have sworn you need a refill, the gauge would indicate that the tank is half full. 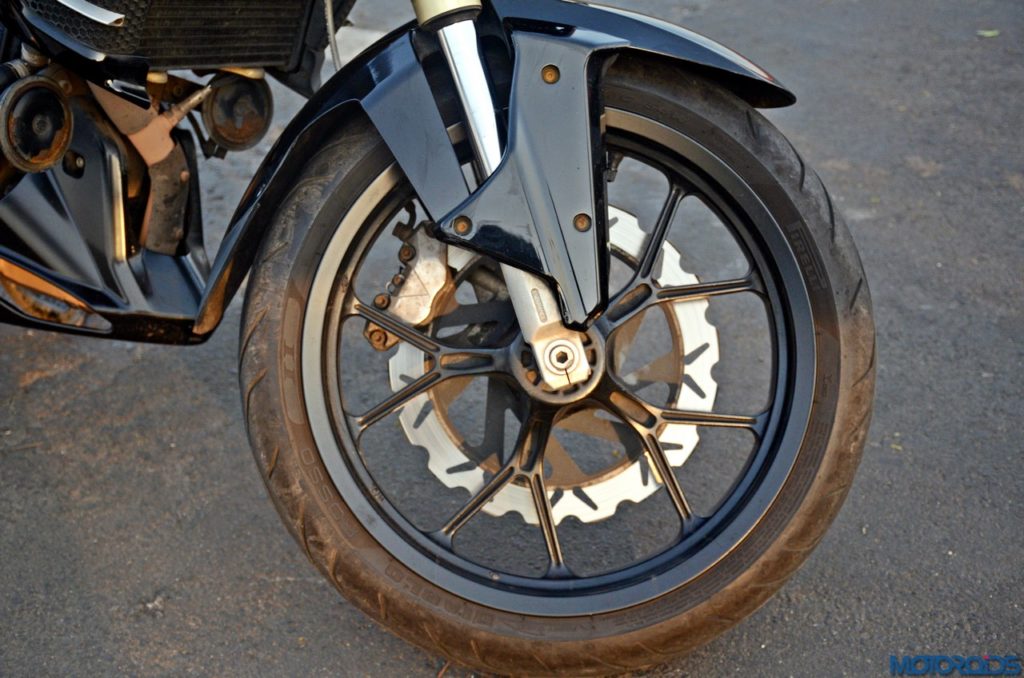 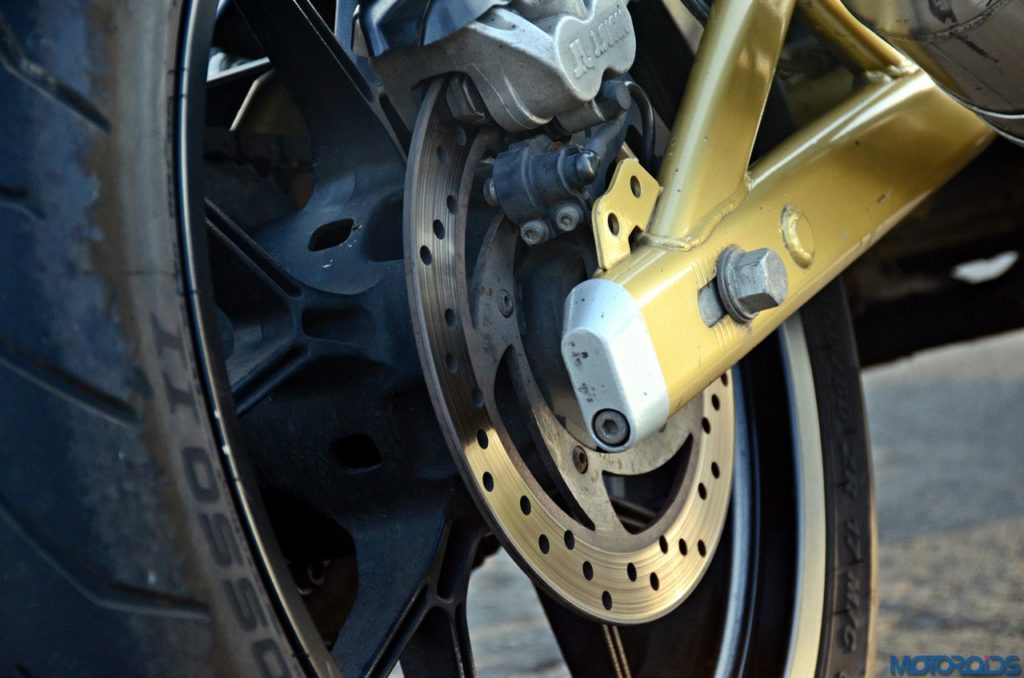 The brakes, touted to be the largest in segment, are strong and effective, but need some time getting used to. The front setup, starring a 320 mm petal disc isn’t very progressive, and acts grabby. You have to get used to the modulating that lever well, or the power of those discs may take you by surprise as you grab a handful after not getting the initial response. The anchors at the back, featuring a 240 mm disc, also showed similar properties. 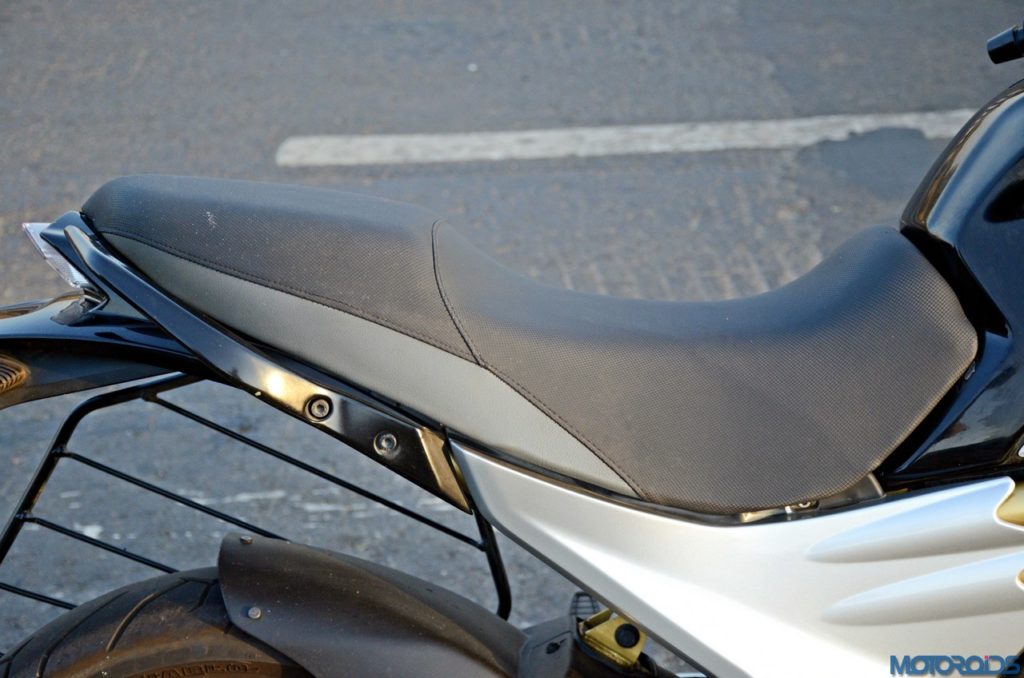 The seats both for the rider and the pillion weren’t the most comfortable over long jaunts, something that the Mojo is made for. They could have been a bit wider and cushier. The pillion seat, however, is great to have your girlfriend sit on for short rides, as she’d be clinging on to you all the time, which would be great.

The Mojo ain’t a Duke beater and it doesn’t even try to be one. It’s got it’s own unique character, and it’s not bothered to try and ape any other product on the market. That by itself is a great virtue. Add to it the bike’s commanding size, and it would appeal to a whole bunch of riders for whom presence matter than most other things. The Mojo isn’t a racy, thrill monging machine. It’s a solid built motorcycle, though, with an engine that finds its strengths in munching miles all day long without emanating any vibes or getting stressed.

For a first attempt, the Mojo is commendable for a premium motorcycle, though some work on aspects such as the electric system, brakes and the seats would make it an even stronger product in due course. 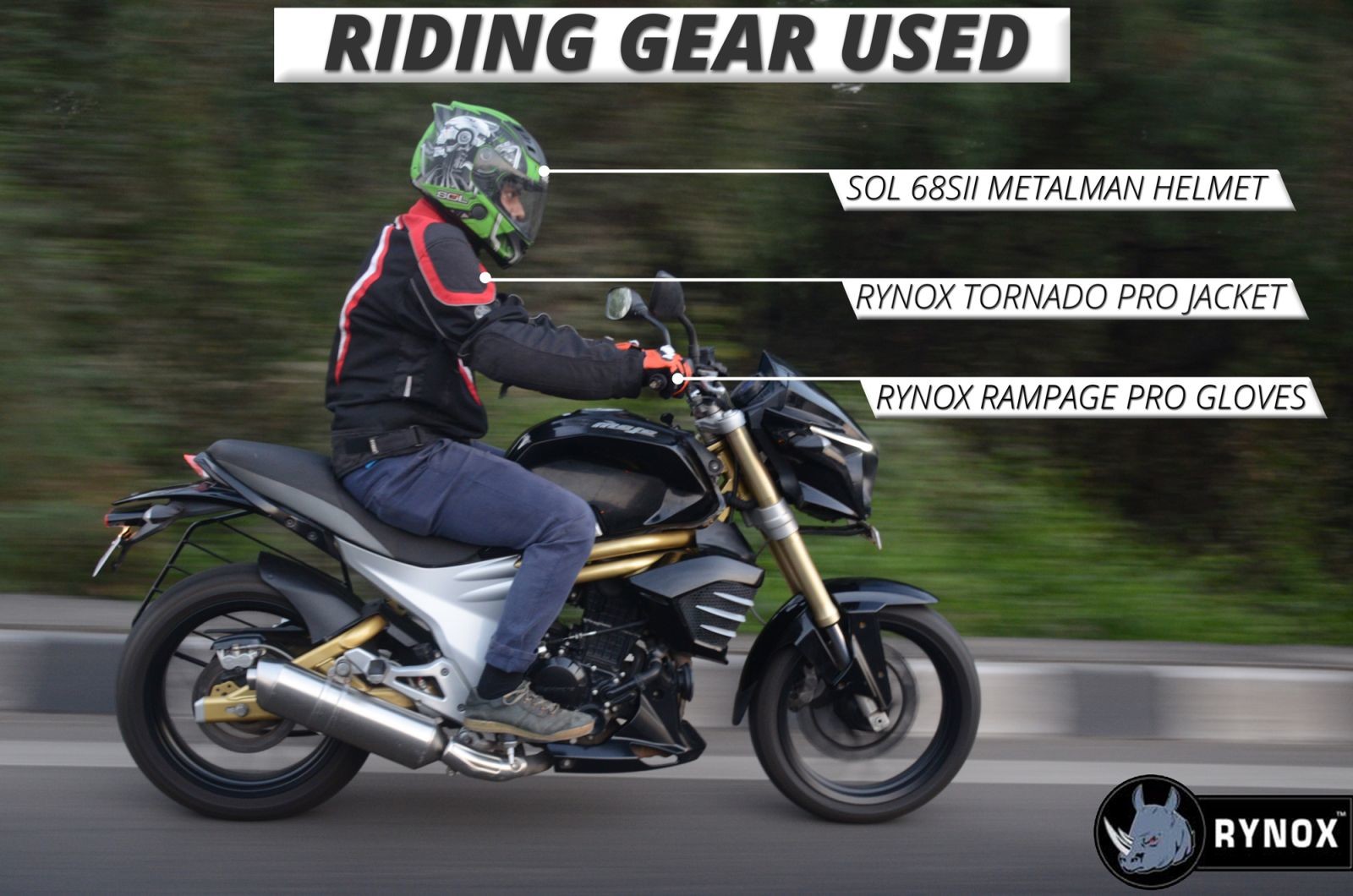