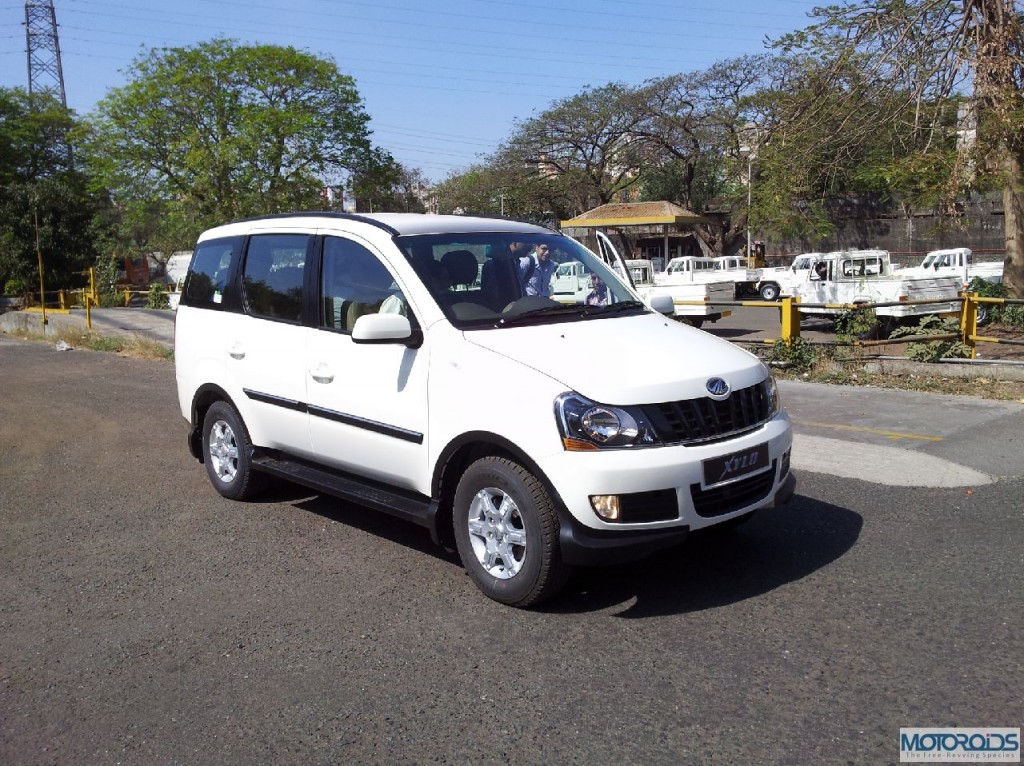 Of late, it seems Mahindra can do no wrong. They managed to infuse some life into the Logan sales as they took it over from Renault, and rebranded it as the Verito. They took over Ssangyong, and brought the bleeding firm back in black within a year. Bolero, Xylo, Scorpio and XUV500, although every closely spaced, are all doing exceptionally well – it’s like having four wives, all of them happy and not bothered about the other three. What more could one ask for? Well, it wouldn’t hurt getting one of the not so beautiful ones a makeover. Does she emerge out more desirable? Let’s find out.

So what’s the headline with the new Xylo?

Three of them! One, it’s received a cosmetic surgery, inside out. Two, it’s now got three different hearts beating under that bonnet. And three, it’s got this new voice command technology, which Mahindra prefers calling a world first.

What’s changed on the outside? 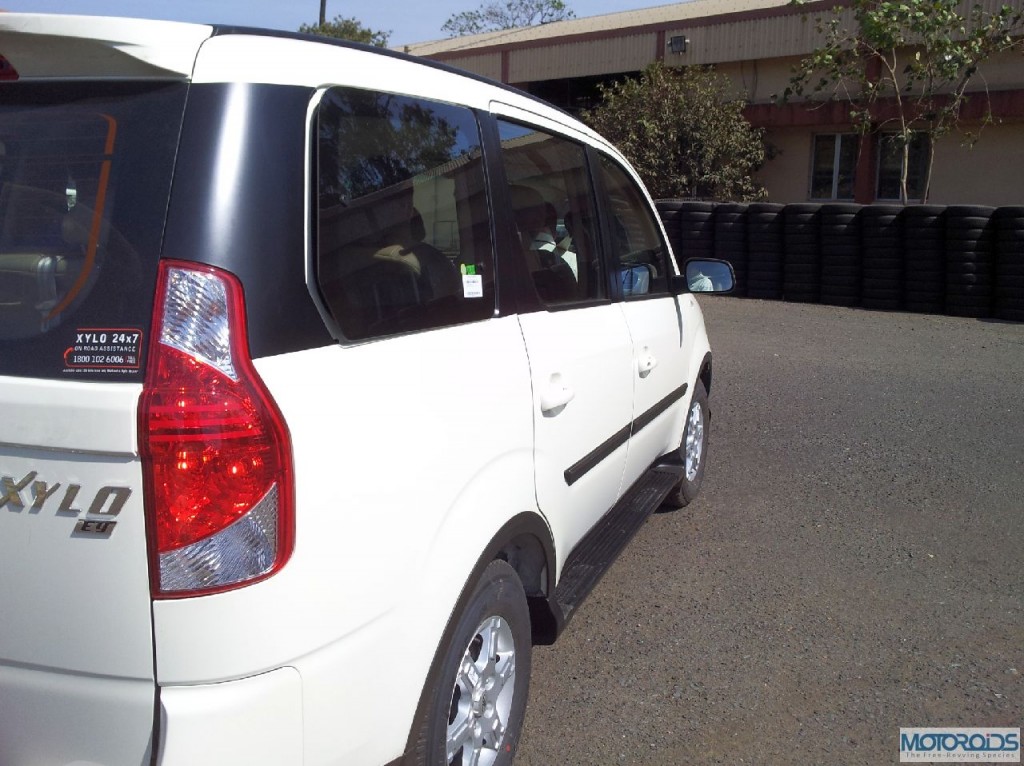 Quite a lot! The previous version could easily have qualified as one of the most ungainly vehicles recently launched on the Indian roads. To Mahindra designers’ credit, they’ve incorporated enough changes for me to finally come to like it. The company thinks it’s an image makeover. The top management, while addressing the media tried to liken it with the image makeover of SRK from Fauji to a style icon, that of Kareena Kapoor from Refugee’s rural beauty to Don’s seducer and that of Vidya Balan from being a character actress of sorts to being desirable. Quite a filmy way that, to introduce a facelift!

So now the ‘Stylish New Xylo’ has shed its old attire and is now dressed in an expensive designer robe. Front on, the Xylo now has a new radiator grille, new headlamps with blacked out surrounds, a new bonnet housing the Mahindra emblem and new bumpers housing a sporty looking central air dam and fog lamp housings.

In profile, the new Xylo now has blacked out pillars for that premium visual air. The subtle addition does its job rather well and lifts the appeal certain notches. There’s a new footstep on either side with mud flaps, the rub rails on the door now have a chrome lining, the wheel arches are more flared to add some muscle and then there is a set of embedded roof rails to make the Xylo look sportier in profile. Oh and there’s a new set of decals too. The bland looking rear has been jazzed up with the addition of a roof spoiler and new clear lens tail lamps. 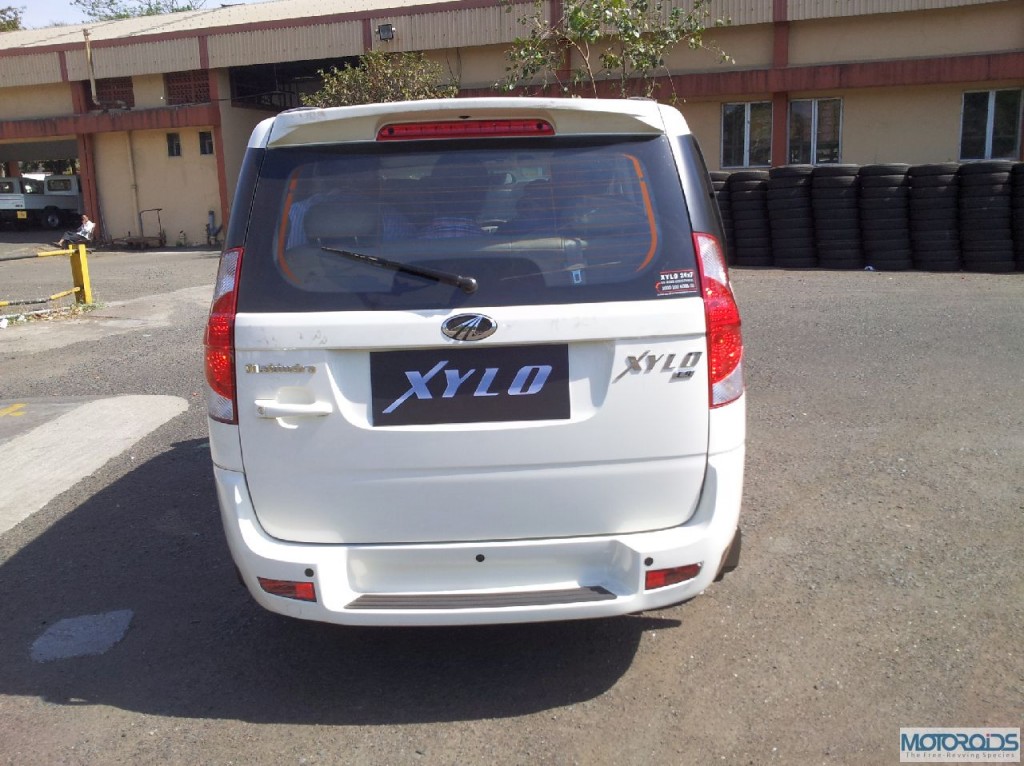 Overall proportions remain the same, but the aforementioned changes have actually made the new Xylo visually more appealing, you won’t dread being seen in one by your neighbors any more. In fact in its new avatar it seems pleasant enough for even personal users to consider buying it. The makeover has indeed taken the appeal of this vehicle up several rungs.

Three engines? All diesel? You gotta be kidding me! 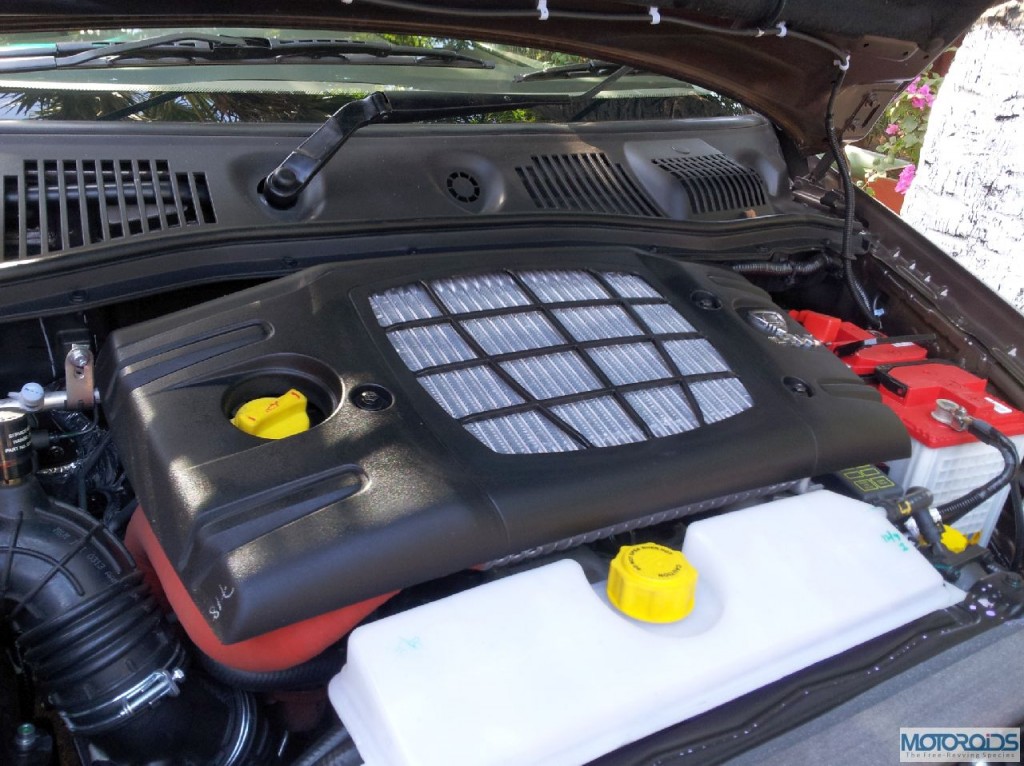 It’s actually a little surprising to see Mahindra offering so many options. However, M&M think that there are indeed subcategories of buyers within the category that the Xylo represents. So they’ve presented 5 main variants to choose from. Seven; and you read it right, seven, if you consider the ABS / airbags variants for the E4 and E8 variants.

So you have the base D2 and D4 variants, powered by the modest 2.5 liter mDI CRDe engine with 95bhp and 220Nm. These are the variants Mahindra think will be lapped up by the taxi operators. They’re cheap, and the most fuel efficient of the lot with an ARAI rating of 14.95kmpl.

Then you have the middle of the road E4 and E8 variants which are powered by the 2.5 liter mEagle diesel with 112bhp and 260Nm. There are two sub variants for the E4 – with or without ABS. While the E8 comes with ABS with standard equipment, it has airbags as an optional extra. The least fuel efficient of the three engines, this one is rated at 13kmpl by ARAI. M&M reckons that personal users would prefer this variant

Finally, the top of the line E9 Xylo comes with the modern 2.2 liter mHawk engine with 120Ps and 280N of torque. This particular variant is the most expensive, and reasonably fuel efficient too with an ARAI rated fuel efficiency of 14.02kmpl. The E9 variant has been designed for the customers hunting in the premium segment.

So does the ugly wife get nose job and a dental surgery too? A cabin makeover, if you will 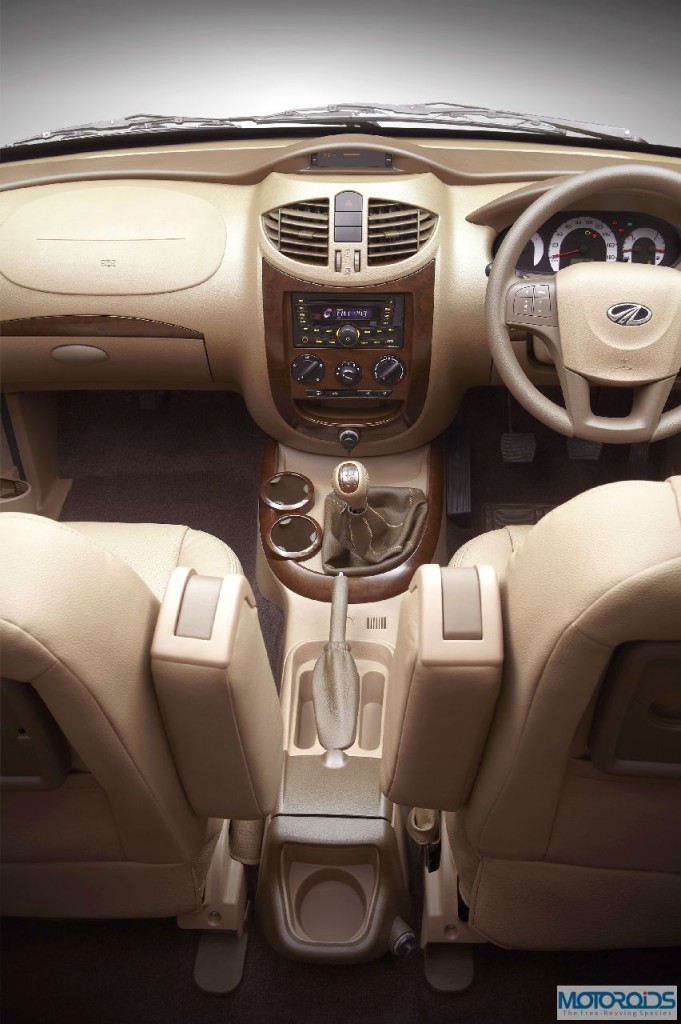 It does. The cabin is thoroughly refurbished and many new features have been added to make it look like a more luxurious and feature rich place. Leather upholstery, a new two-tone dashboard, new trims for doors, wood finish inserts, aircraft style foldable snack trays, new inner door handles, steering mounted controls and a new floor console.  Features such as a digital trip computer, a 2-DIN music system, electric ORVMs, park assists, dual airbags and ABS with EBD are all available on the top E9 variant. Flexible seating and good third row space remain the strong points.

Overall, the quality of the plastics inside is good for the price. The new Xylo’s cabin is way more appealing than its predecessor, a worthy upgrade!

You didn’t explain that new Voice Command tech. Is it useful? 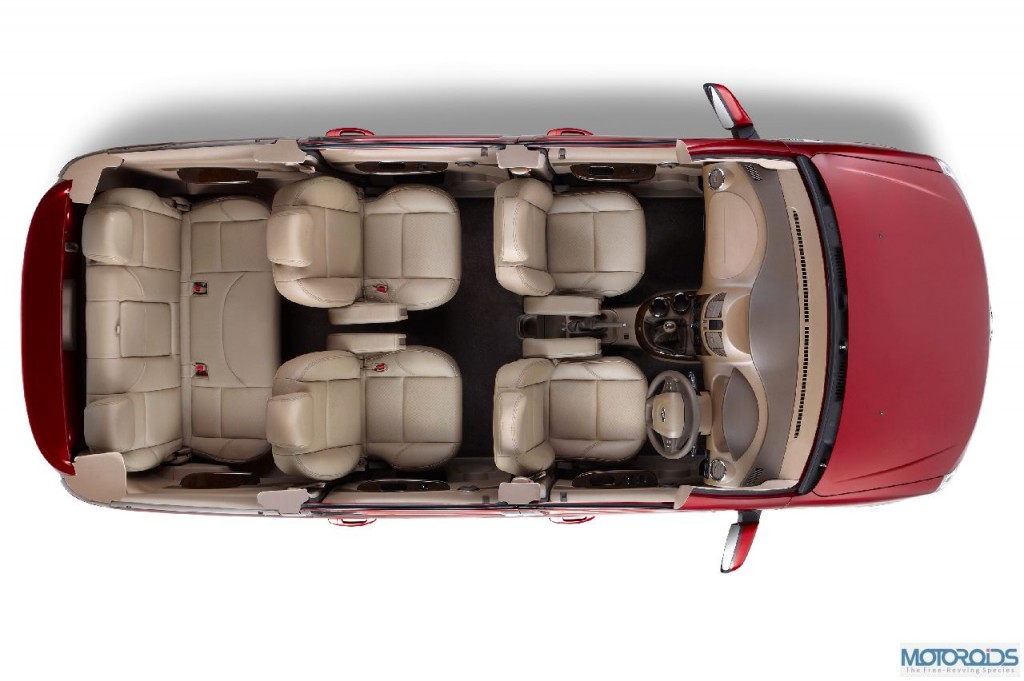 Voice commands for functions such as controlling the audio system and making phone calls isn’t something new. However, M&M insists that this new Voice Command tech is different, as it also controls stuff such as wipers, headlamps, fuel lid, door locks and more. It’s nice to see M&M going the extra mile to incorporate such a feature. It’s rather convenient to make a call without having to take your hands off the wheel. However, I don’t see much point in voice commands controlling physical functions such a wipers and headlamps.

There is a button on the steering wheel which you have to press before you say a command. Now, if you’re not clear or loud enough, you’ll have to repeat your command. There’s a high probability that you wouldn’t be understood in the first go. If you have many people sitting in the car, the ambient noise will also make it difficult for the system to understand what you’re trying to say. And it’s not as if you don’t have to press a button before having an action completed. You do have to activate Voice Command via a button on the steering wheel. So how does it become more convenient then? I would rather just press an easily accessible button, than pressing a button, saying commands, in some cases repeating them many times, before finally completing the action by pressing the damn control button the good old way!

The new Voice Command system is novel for sure, but I don’t quite think of it as adding any great functionality to the cabin. Nice stuff to show off to your friends though.

How does it drive? 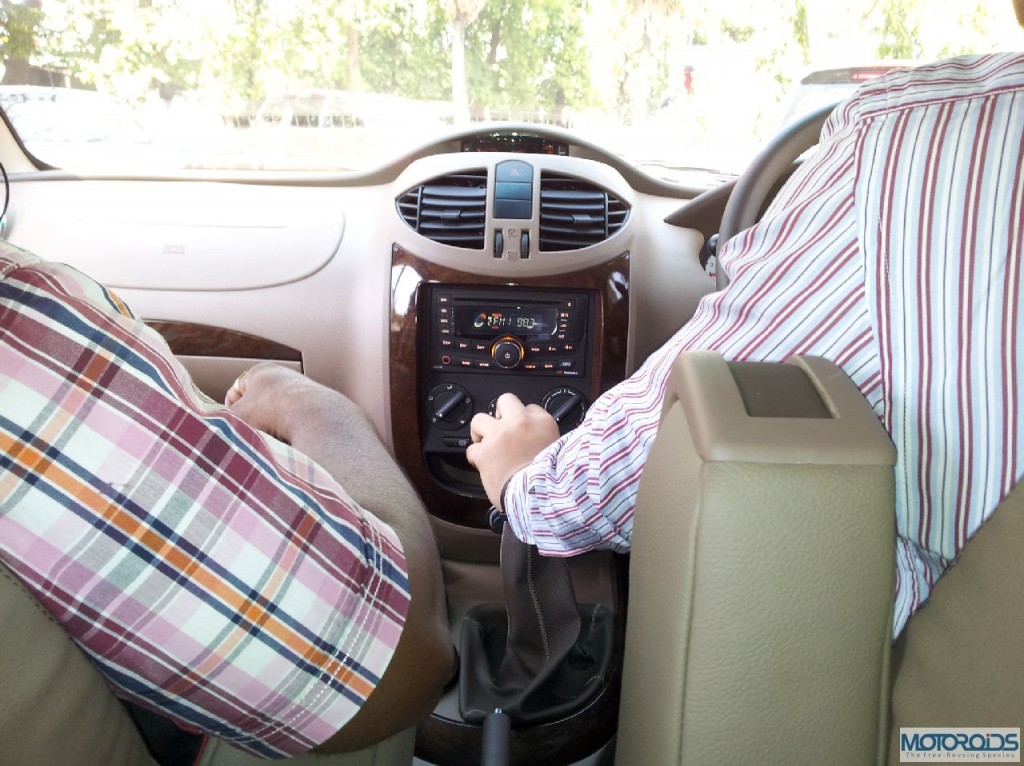 We drove the top of the line E9 variant within Mahindra’s facility in Mumbai. The 2.2 liter mHawk engine is spunky as ever. It pulls neatly from as low as 1000 rpm and has a very linear power and torque delivery. There is a bit of a transmission judder at lower rpm in lower gears though. Gearshifts are not super slick, but acceptable. The suspension has been reworked to endow the new Xylo with better stability and ride. It’s good to see Mahindra having worked on the suspension, as the previous vehicle wasn’t very well poised, especially while cornering and under hard braking.

We didn’t get conditions good enough to test whether the changes have improved the handling, but one of our fellow journalists, who happens to own a Xylo and drives it day in day out said that the difference was very perceptible. There is still ample body roll, but the vehicle does a good job of taking in its stride all sorts of uneven surfaces. Overall a comfortable vehicle with a soft suspension which hopefully will behave more predictably when the situation demands – not exactly a driver’s delight though.

How much would it cost me?

The good news is that the prices have not gone up with the makeover. As a matter of fact, the lowest variant is cheaper by as much as Rs 50K than the vehicle it replaces. The top end E9 variant, however, is more expensive by as much Rs 15k. The Xylo straddles a wider price range, with something to offer to every budget. Here’s the ex-showroom Delhi pricing.

Should I buy this or the Innova? 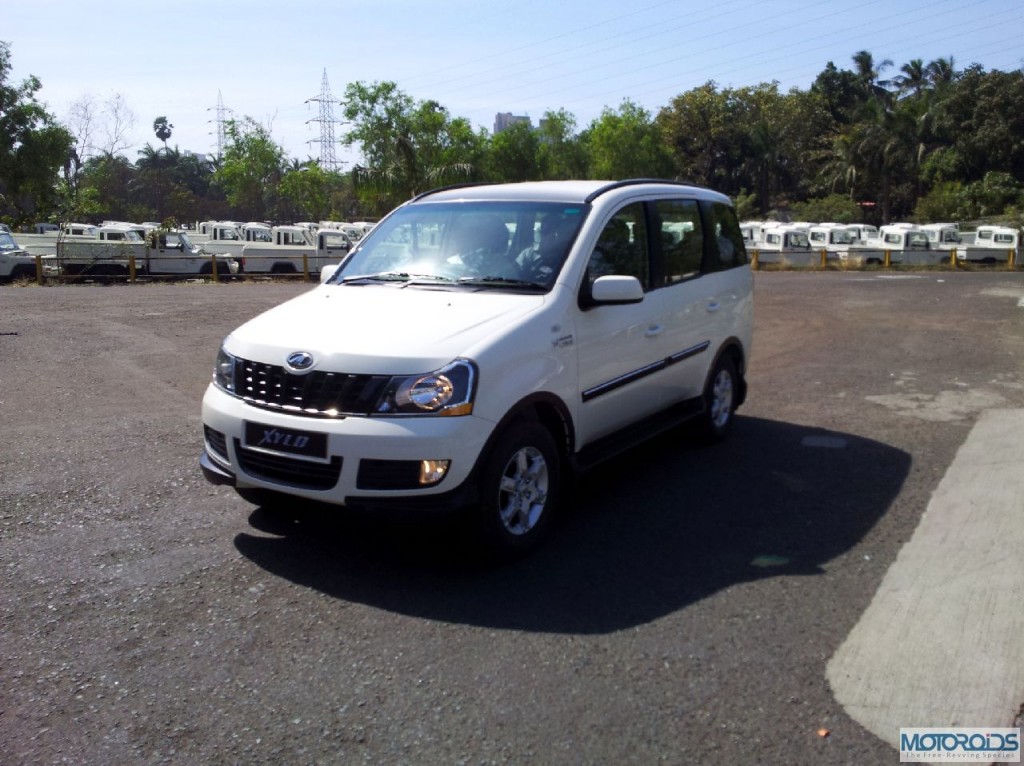 Pricewise, there is no comparison, really. The Xylo presents itself as a far more economical alternative to the Innova. The top end variants of the two models are Rs 3 lakh apart. The Xylo definitely offers more bang for buck. However, one should remember that the Innova is far superior in terms of drive quality, ride, suspension and the overall finesse as a product. The Innova also has ample boot space with seven aboard, which the Xylo doesn’t. If you can spare the money, the Innova is any day a superior and more refined product. If you’re on a budget, though, than the Xylo makes great sense.