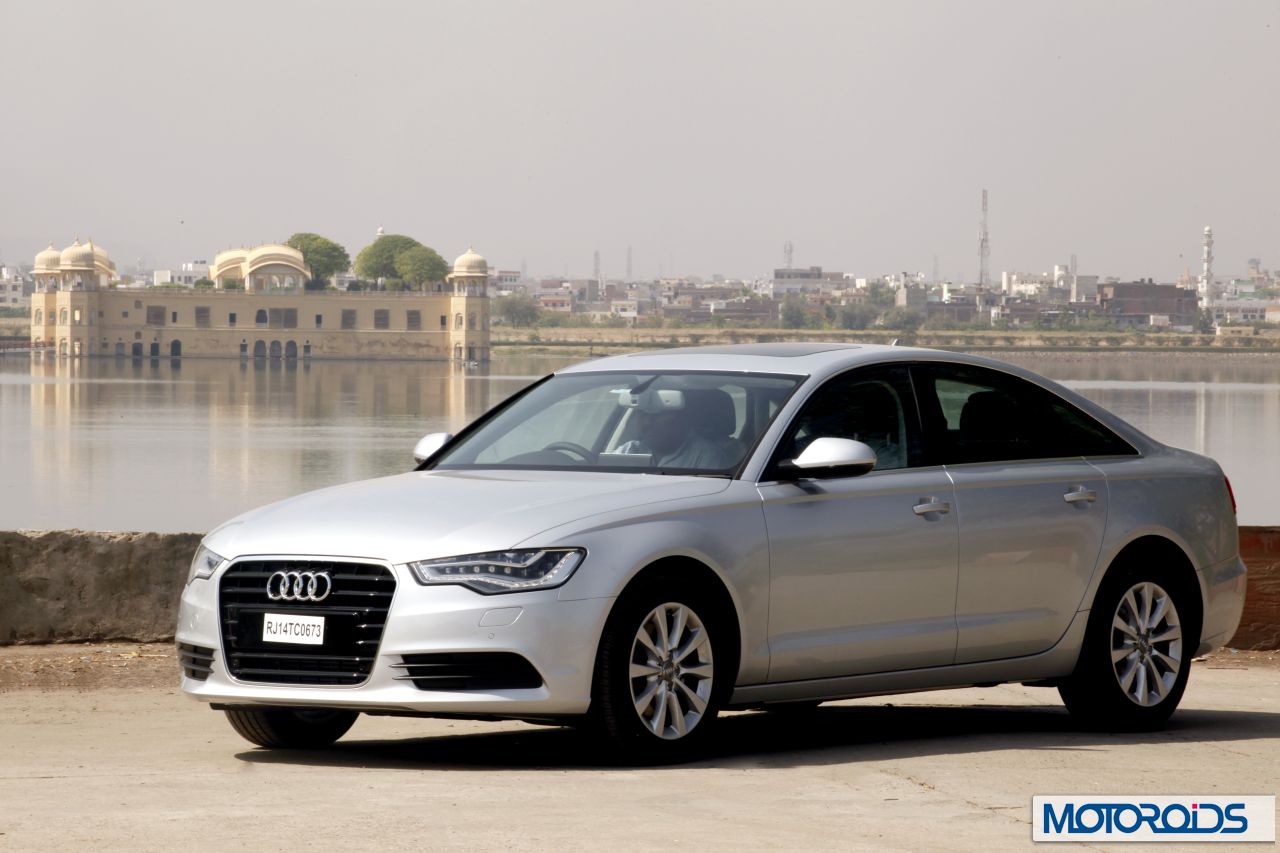 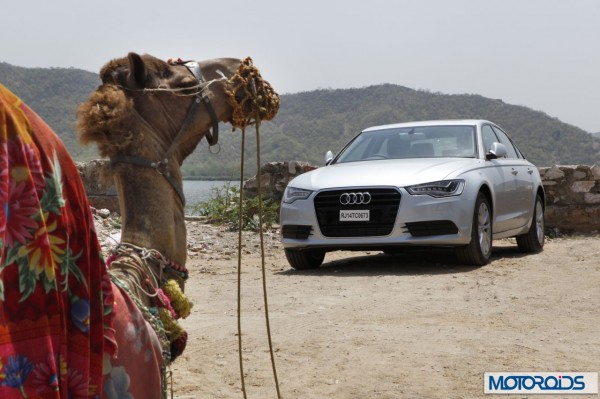 We drove the Audi A6 3.0 TDI a few months back and came away baffled with the car’s refinement, performance and comfort. Recently Audi called us to be a part of the celebrations for its newly acquired no.1 status in India, and in the process, gave us the chance to sample its newly introduced Special Edition A6, loaded with additional features. Having driven the 3.0 TDI already we decided to lay our hands behind the 2.0 TDI variant. While the blistering May heat did manage to take some charm away from the romantic Jaipur where we drove the car, we got our respite driving the A6 on some pristine roads.

The A6 Special Edition is introduced in commemoration of 6000 A6 sales in India. And Audi have made sure that the changes made to the car and the features offered are (much) more than just a token gesture. The Special Edition A6 gets some serious additions, with features trickling down from the higher variants and a few new tricks being added to the mix based on customer feedback as well. 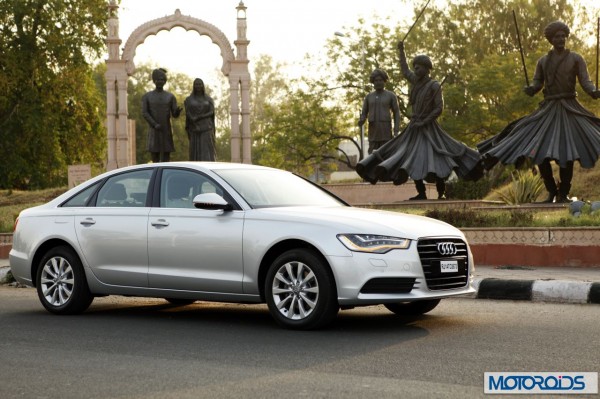 The exterior of the car remains the same, albeit with one significant change. In the Special Edition A6, even the 2.0 liter TDI gets those cutting edge LED headlights – not only capable of dispelling darkness more ably, but also endowing the car with a distinctive character, lifting it above its regulation cousins. The well-proportioned, subtly belligerent and instantly likeable demeanor of this highly successful Audi has been kept intact otherwise. This is big news for the prospective buyers of the model, for even those who are looking at putting their money on the 2.0 TDI variant now get to flaunt LED gear – something which was exclusive to the more expensive 3.0 TDI line before the advent of this SE variant.

The engine-tranny combo remains untouched for the 2.0 TDI variant. The two-liter power plant (1968cc) produces a very respectable 177PS at 4200 rpm, with an even more impressive 380Nm of torque between a band of 1750-2500 rpm. While power and torque is sufficient to make the lightweight A6 pull forward with great reassurance, the real highlight of the engine is its smoothness and linear power delivery. The 4-cylinder inline diesel engine with common rail injection system and turbo pulls cleanly from bottom of the rev range with no perceptible turbo lag. 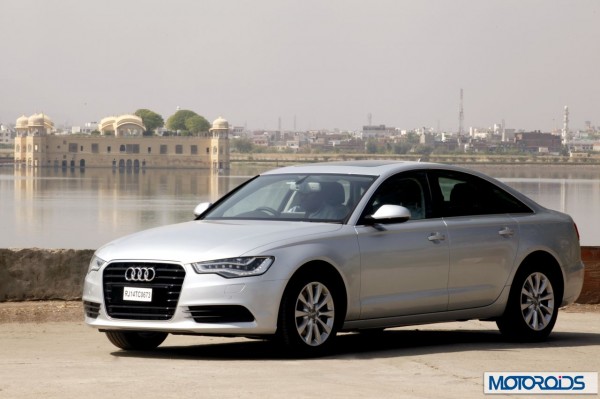 Mated to the engine is Audi’s Multitronic transmission which can change the perception about a CVT in any motorhead’s, er, head. We talked about the amazing CVT in our A4 review as well, and it doesn’t fail to amaze us here either. Available on front wheel drive versions of Audi cars like the A4, A5 and the A6 2.0 TDI the Multitronic, even after being a CVT manages to outperform the conventional automatic transmissions by a fair margin. The shifts are surprisingly quick, amazingly smooth and apart from a very minor, almost incomprehensible lag in shifts there isn’t a way you could tell that there is a CVT paired to that peach of an engine. Response to part throttle is particularly good and it’s only during urgent kick-downs that you feel some sort of delay in power transmission.

Audi’s special focus on keeping the weight in check along with the abundant torque flowing out of the power plant means that the A6 is a punchy performer even in the 2.0 TDI guise. 0-100 km/h is taken care of in nigh 9 seconds with a top speed in excess of 220 km/h. That’s more than adequate performance for the Indian road conditions, especially with the strong in-gear acceleration.

The big news with the special edition A6 2.0 TDi is the addition of the cutting edge Adaptive Air Suspension. Earlier available only on the higher variants of the 3.0 TDI powered A6, the technology allows the ride height of the car to be raised to clear bigger obstacles commonly found on Indian roads more effectively. 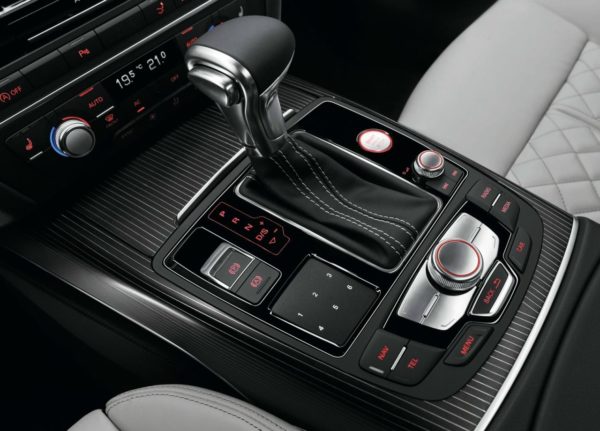 Not just that, the air suspension works towards fusing the conflicting qualities of comfort oriented soft and handling oriented stiff suspension. A continuously variable, electronically controlled damper system helps the driver apply the ride quality of his choice, irrespective of how the vehicle is loaded. The self-leveling function makes the A6 ‘ride flat’ even if the load at different wheels is different.

In comfort mode, the suspension makes the A6 waft over broken patches of tar at slow speeds. At higher speeds, undulations do manage to somewhat make the soft setup evident. However, shift to the sportier Dynamic mode and the car rides much flatter over undulating roads, with a hint of stiffness over the sharper bumps. You have the option of switching modes, or just let the car decide by putting it in auto mode. 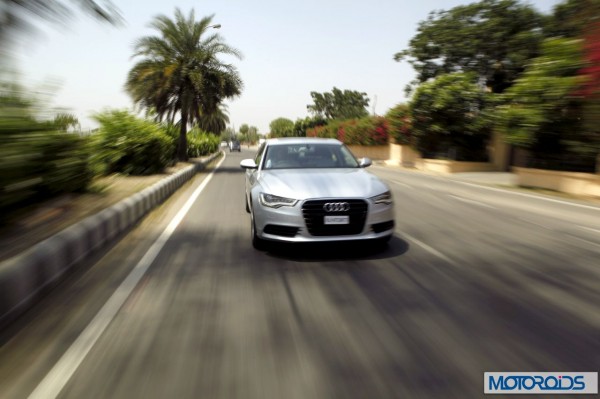 Steering weight, as expected, varies according to the chosen drive mode. Dynamic is the stiffest and weightiest, with some EPAS induced artificial feel to it. It’s not superlatively natural or direct, but doesn’t take anything away from the A6’s supremely planted stance at speed in a straight line. Around bends, the lack of Quattro is evident, with a little more struggle from the front wheel to grip onto the road, but even without that legendary wizardry, the A6 is way above the ordinary as regards grip levels and poise. The 225/55- R17 tyres offer more than sufficient grip and the A6 2.0 TDI SE should be way more than adequate for an Average Joe to test out his driving skills. It’s only on the limit, with a seasoned pair of hands behind the wheel does the car send out subtle hints of under-steer and her longing for the magical Quattro AWD, thank primarily to the FWD layout.

An offshoot of the air suspension making its way on the A6 is the advent of the advanced Drive Select. You can choose between MMI controlled Dynamic, Comfort, Individual and automatic modes, to let the suspension work in a way best suited to you. In effect, ride quality on Audi cars has always been a revelation, and the A4 2.0 TDI, with the inclusion of the adaptive air suspension tech has improved by a good margin. 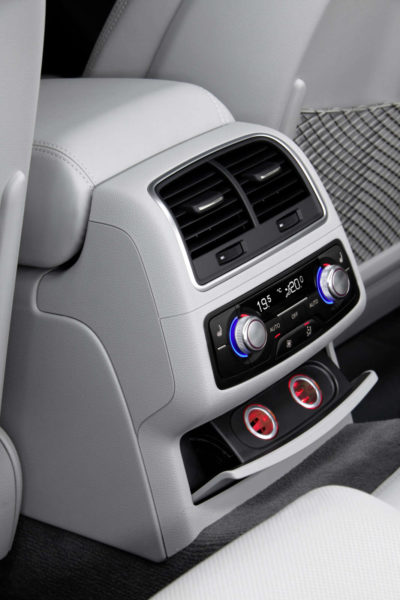 The interior size, seats, creature comforts and ride quality is almost identical with the 3.0 TDI variant which we reviewed earlier. Request the readers to refer the earlier road test report for the same.

Another important addition made to the special edition A6 2.0 TDI is adjustability of the front co-driver seat from rear. Apparently this feature was demanded by a lot of customers and Audi obliged. So now you can push the co-passenger seat ahead with the press of a button to extend legroom in the backseat. A remote to control the MMI (audio + other features) system is another inclusion which has been added specifically for the convenience of Indian customers.

More new features on the car include a 4-zone air conditioning system, rear side air bags and the neat sounding Bose Surround System. The 2.0 TDI now also comes with the comfort key which apart from facilitating keyless entry, also has features such as arranging to open one specific door – without releasing the entire locking system. The comfort key can also be used like a conventional key to unlock, lock and start the vehicle. 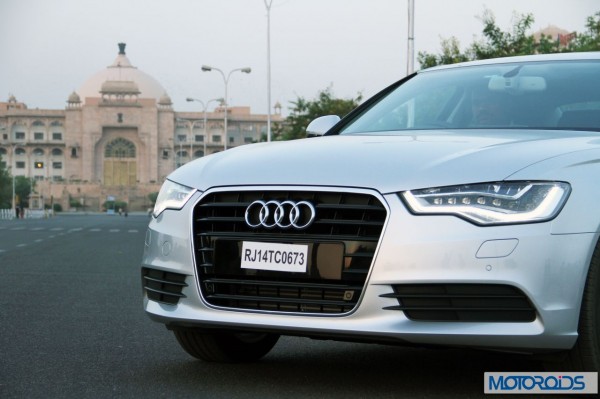 The advanced MMI Touch interface has also descended onto the A6 2.0 TDI special edition. The system allows for touch-gesture based typing to allow inputs of addresses, phone numbers or albums to play. The MMI Touch can recognize over a million characters from languages including but not limited to Japanese, Chinese, Cyrillic and Korean. In practice, the system works really well, and turns out to be a great aid in dialing-in instructions without having to take your eyes off the road.

So does it all add up together? At Rs 46.33 lakh ex-Delhi does the Audi 2.0 TDI Special Edition make sense? Well, at the quoted price, the variant may be a little more expensive than the base variants of the competition, but if you look at the technology, features and goodies on offer, it appears to be one hell of a deal. In essence, you get the features, which would have cost you close to Rs 10 lakh extra on the 3.0 TDI with some more power.

The cool flip-open trickery of the A6’s dash screen, along with its plush, tech laden interior, imposing LEDs, and a timeless design puts forward a compelling case for itself. With the air suspension thrown into the equation, the deal is just too sweet for those who like to be chauffeur driven. The A6 2.0 TDI Special Edition is an extremely difficult offer to resist in the segment in our humble opinion. You just cannot buy a product in that segment before looking at this option.