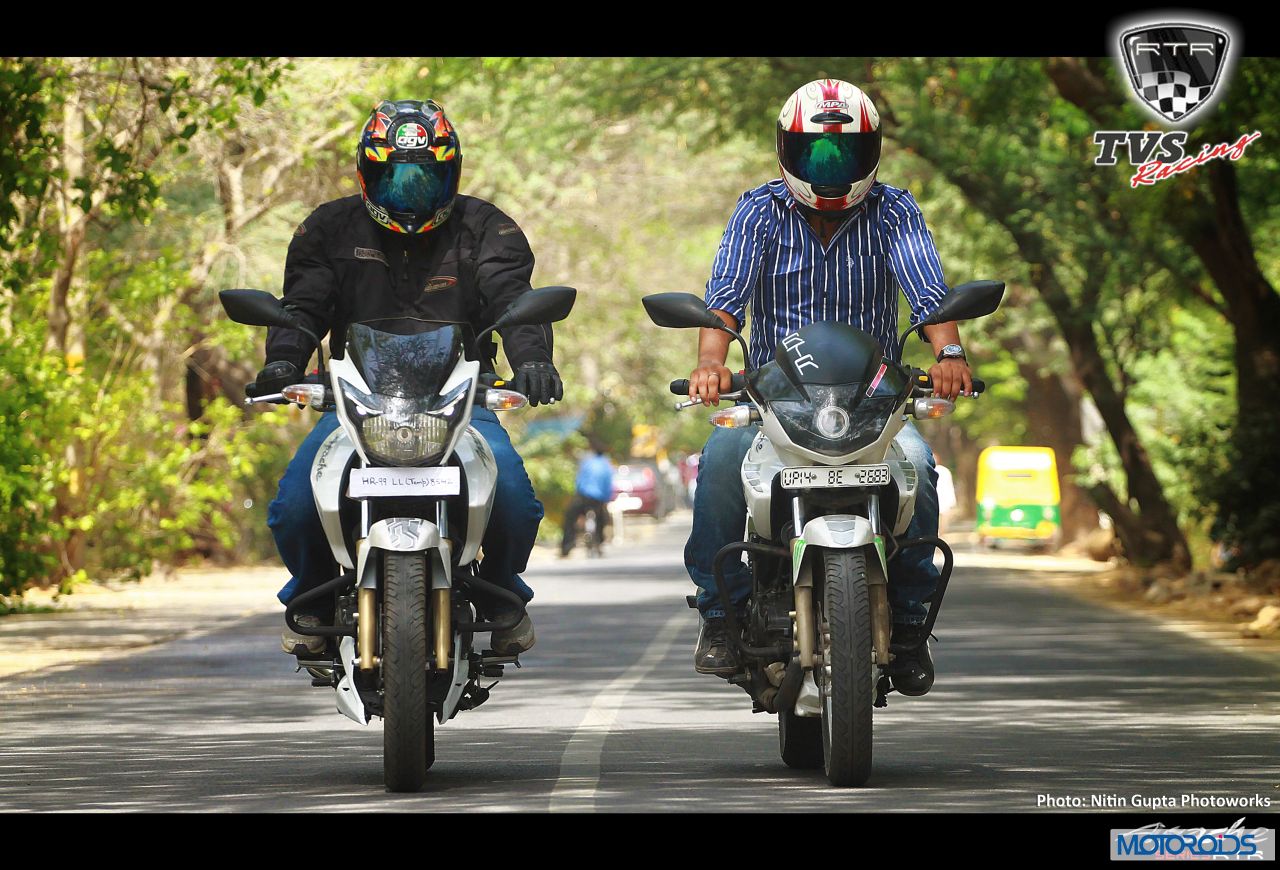 TVS Motor Company have launched their new 2012 Apache Series RTR. The new bike features what the company calls ‘Beast Themed Styling’. Primarily a cosmetic makeover, the 2012 design will be applied to all the variants in the Apache lineup, including the RTR 160, RTR 180 and the RTR 180 ABS.

The most important design changes incorporated on the bike include a new headlamp unit with new pilot lamps and LED illumination. According the official company statement ‘ theone-of-its kind pilot lamps, inspired by the ‘eye of fury’ – which consists of LED light guide technology combined with new pilot lamps to form a pair of intense animalistic eyes that is activated on ignition, night or day.’

The fuel tank and the air scoops have also been redesigned to give what the company feels is a more aerodynamic look for the bike. The company claims that the new design helps reduce engine heat helping better top end performance, improving the response. 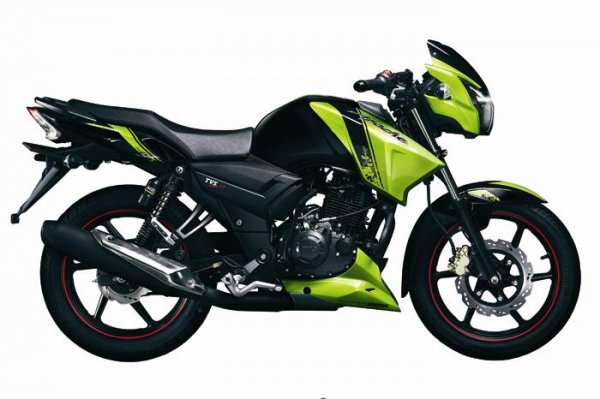 Our lensman in Delhi, Nitin Gupta managed to lay his hands on the new machine. His general observation was that there isn’t anything different from the earlier version except for some minor cosmetic upgrades. Here are some of the points he jotted down after a short ride on the machine.

The instrument console is new too, with more muscular styling and faux carbon fiber inserts. The instrument cluster is now blue backlit and looks sportier. The seat cowls are now more aggressively angled, and along with the sharp styling of the engine cowl gives the bike a slightly racier stance. There is a new two tone color scheme too, with two tone, splash themed paint scheme.

“We have taken the Apache RTR to the next level with obsessive engineering and menacing design. The priority in every step of the Apache brand’s development has been race bred performance. Every system, detail and component has been tuned to maximize performance. Apache as a brand has been very well received,” H S Goindi, President-Marketing, TVS Motor Company said.