In this growing world of technology, the evolution of the automobile industry is taking a sharp turn from fossil fuels to all-electric vehicles. Which is why the Japanese automotive giant Nissan has unveiled its all-electric SUV concept car at the Tokyo Motor Show, which highlights some of the really cool features such as driver assistance technology, dual electric motors with powerful acceleration and a dedicated personal assistant with a seamless aesthetic design. Even though Nissan has been producing the Leaf EV for a long time now, the new Ariya is a hint of what Nissan’s future EVs will look like. 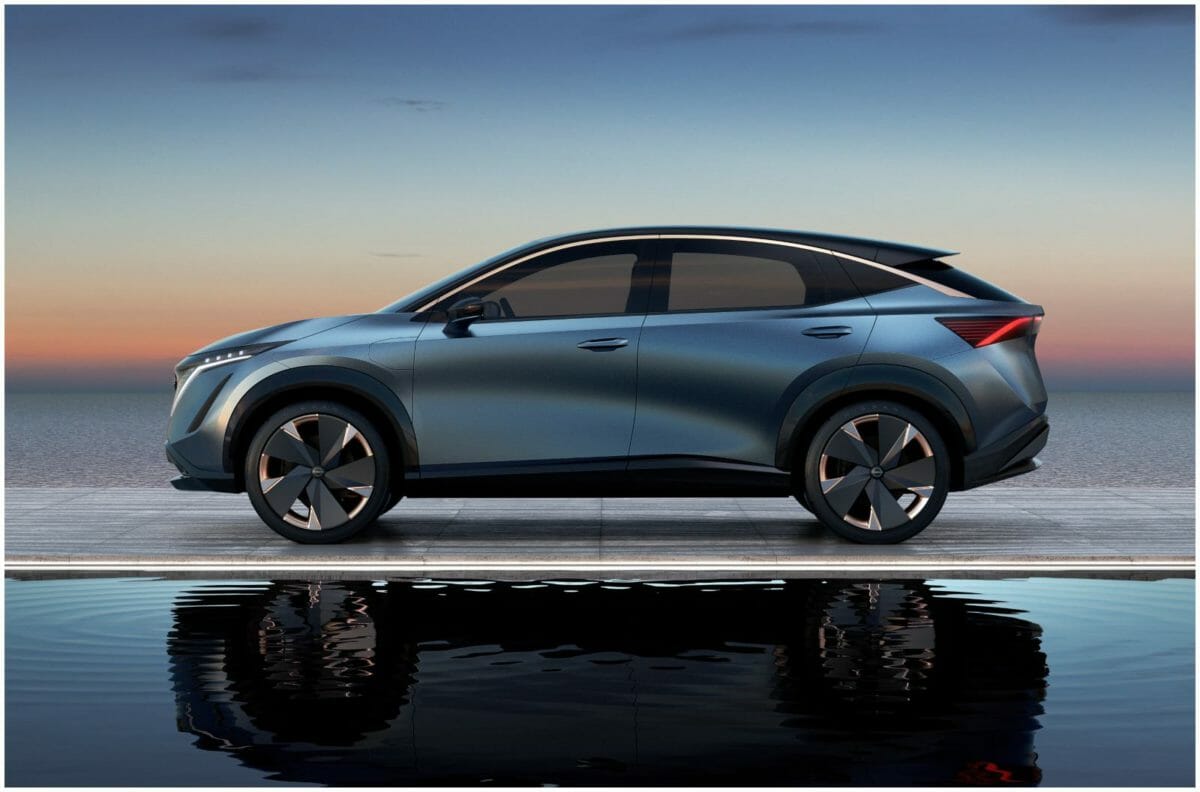 The design elements on the Ariya are quite bold and attractive, thanks to the front V signature line grille that blends with the LED headlamps, while the illuminated logo with sharp creases gives the car a more rugged look. At the rear, the LED tail lamp is spread across the tailgate of the car, giving it a futuristic appeal, while the intricate details on the inside give the Ariya a complete luxury crossover look. In terms of space and comfort, the car looks more like a lounge than any other conventional vehicle, as the presence of a flat floor and thin seats provide better space for the passengers as well as for the driver. The dash has a minimalistic design with almost no mechanical buttons, as the start-stop button, the climate control and the rotary dial are all touch-enabled. The huge 12.3-inch touchscreen infotainment system looks quite sleek and feature-loaded. 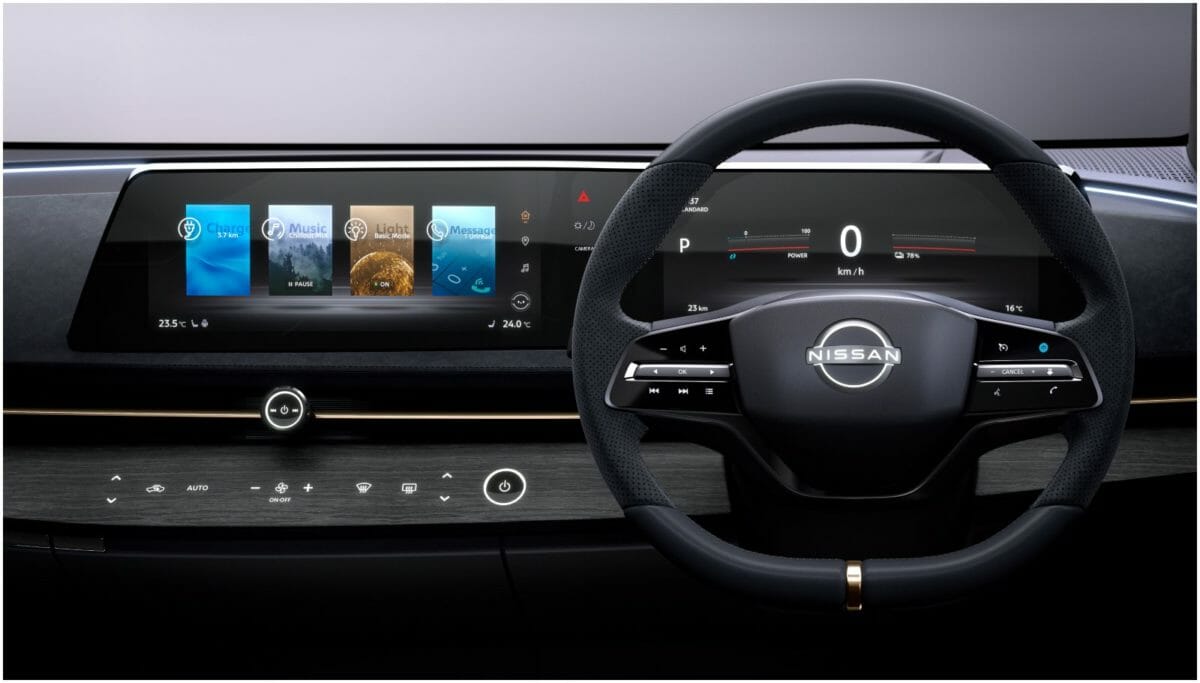 The Ariya powers itself through a CHAdeMO technology which charges the battery pretty quickly, it also notifies the driver with different coloured lights as to how much the battery is charged. This excellent power storage management feature such can lighten up homes when needed. This energy-efficient management also helps the car on long journeys without lengthy charging interruptions.

Also Read: Nissan Develops New All-Wheel-Control Technology For Its Next Generation Of EVs 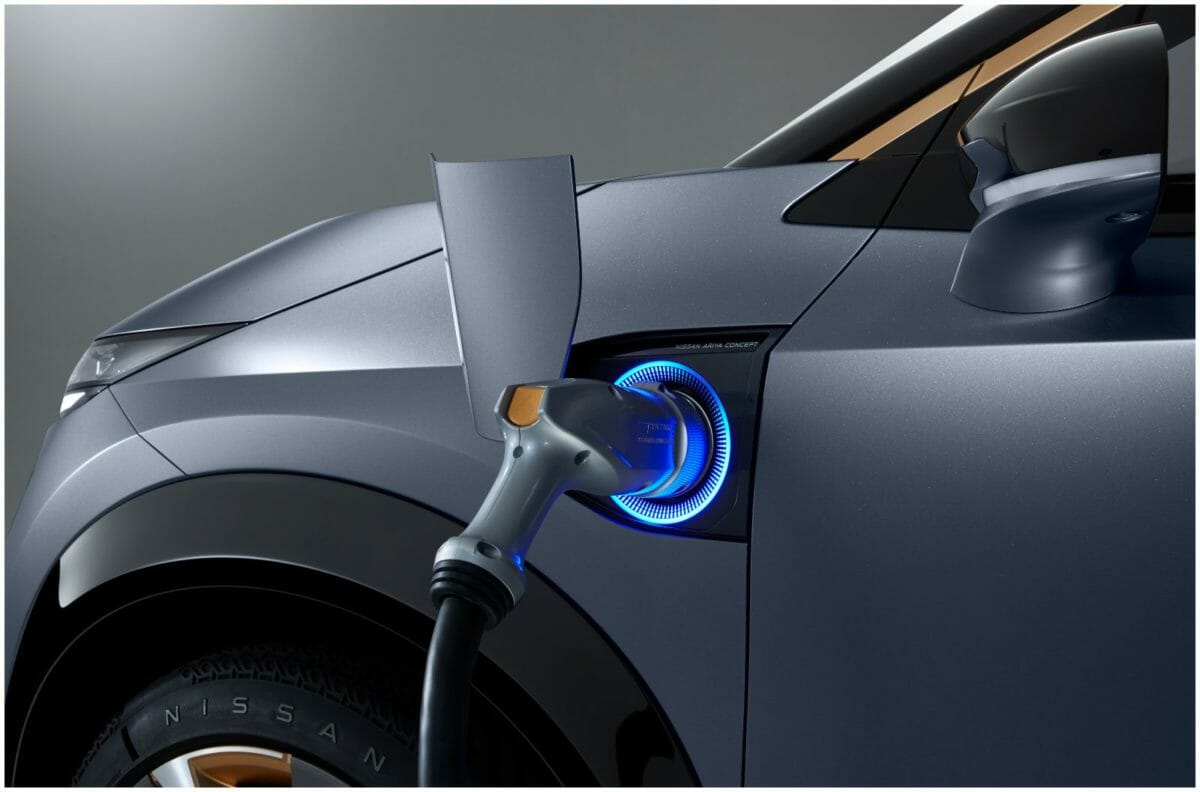 The Ariya also has a semi-automated drive system known as ProPilot 2.0 which is somewhat similar to what we see in a Tesla where the car drives itself in a given cruising lane. ProPilot2.0 gets data from the navigation system and manoeuvres the car on a defined route on designated roads, apart from that it also assists the driver with exits, diversions and multi-lane highways. Yasuhiro Yamauchi who is an executive officer at Nissan Motor Company said “Nissan has a clear vision of the global market. The Ariya concept is just the beginning, as Nissan considers how design, packaging and driver enjoyment can be transformed through the architecture of this new platform”.