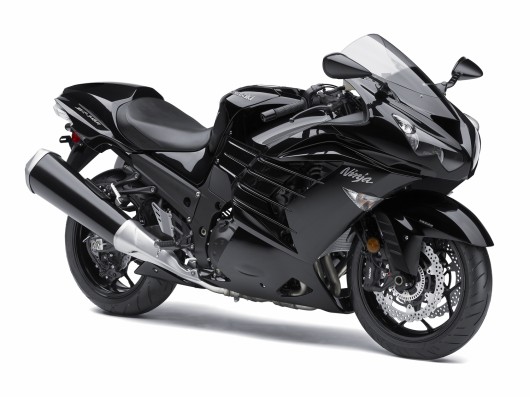 Before you ask, let me clarify that the bike here is not available with a factory-fitted turbocharger or supercharger and in stock tune doing something like  400km/h will be being …well…optimistic. However, the 2012 Kawasaki ZZR1400 (known as the Ninja ZX-14R at States) does get to do with a slightly bigger motor wit 1441cc to play with along with the 200-210 horsepower it belts out. It also now boasts of an updated fuel-injection system, a very advanced three-mode traction control system, a redesigned exhaust system, styling tweeks, ergonomics have been re-visited, a spruced up chassis, a 10mm longer (than predecessor) swing arm, a slipper clutch and updated brakes and suspension.

ZZr1400’s acceleration should be nothing less than mind boggling and top speed should be in the vicinity of 320km/h. The bike can be bought for about US$15,000 and that should be money well spent if you see the bike as probably the world’s fastest production bike.

P.S. What about a ZX14 R with a Yoshimura exhaust kit that is not just lighter but louder with a deep bass as well? Should teach those boys on Hayabusas a nice lesson. No?