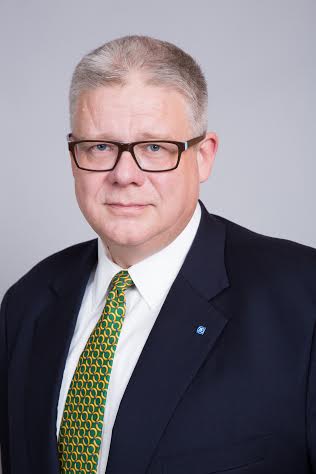 On March 1, Rudi von Meister will assume responsibility for Asia Pacific region of the technology company as President of Asia-Pacific with headquarters in Shanghai. ZF is bundling its operations throughout the region in this newly created position – from the world’s most densely populated countries such as China and India through to emerging countries such as Thailand and Malaysia.

“Rudi von Meister’s knowledge of the automotive industry and the Asia-Pacific region goes back more than 20 years,” says ZF CEO Dr. Stefan Sommer. “With his experience he provides valuable support for us as we further strengthen and expand our activities in the Far East.” Rudi von Meister will be reporting in this function directly to Jürgen Holeksa, responsible for the Region of Asia-Pacific on the ZF Board of Management.

Rudi von Meister was born in the United States in 1957. Having obtained a bachelor’s degree in communications and an MBA in Finance and International Business in the United States he spent several years in various functions with automotive manufacturer General Motors. In 1993 he moved to Delphi Automotive Systems where, among other things, he was Vice President responsible for the supplier group’s Chinese business with headquarters in Beijing. In 1997 he returned to General Motors where he remained until 2005; from 2000 to 2004 as General Director Aftersales in Asia, before assuming responsibility as Managing Director Ship Direct and Export Distribution in North America.

Following a stint as a consultant at AT Kearney, Rudi von Meister moved to the Fiat Group China as Vice President Business Development, while at the same time jointly managing the China business of commercial vehicle manufacturer Iveco. Before joining ZF Friedrichshafen AG Rudi von Meister became President of Navistar, the U.S. commercial vehicle manufacturer, in 2011, assuming responsibility for its business and sales in China.