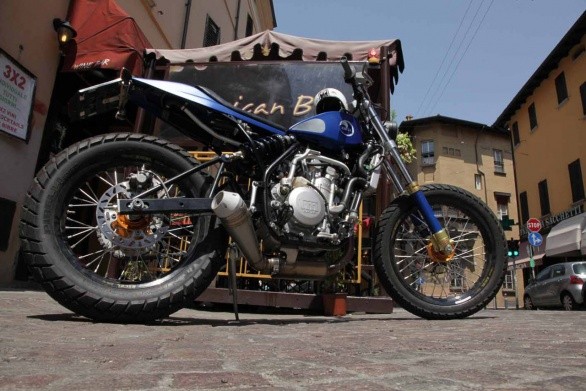 Paolo Chiaia’s and Graziano Rossi’s dirt track brainchild, the Zaeta 530 has now become a reality! The 530cc single cylinder, light weight dirt tracker prototype was unveiled last year which was christened as ‘Ouroboros Zaeta.’ However, the production version will be simply known as ‘Zaeta 530.’

The dirt machine weighing about 115kg (wet weight) can be customized in terms of color scheme, chassis, seat unit and few other components as per the whims of its customers. You can also customize the rear end of the motorcycle for it to be a road legal or a racing version. But the mechanical components of the Italian made 530cc single cylinder engine will remain untouched.

The Zaeta 530 will be distributed in Italy through Bologna based dealer Royal McQueen and come with a hefty price tag of Euro 13,500. And for orders placed before 31st December, 2010 customers will get two free track lessons with champion tracker -Marco Belli.